Having had a breakage in my antenna and reading others who have had similar problems what do activators carry in the way of tools and other bits? It obviously needs to be light so I was thinking a craft knife, screwdriver, wire and a connector block might help with most antenna malfunctions. Any good suggestions?

Hi,
I only carry a mini Swiss army knife, which includes scissors, and also a small screwdriver. That’s it.
Fortunately I’ve only had to do on-summit repairs two times IIRC after hundreds of activations.
73, 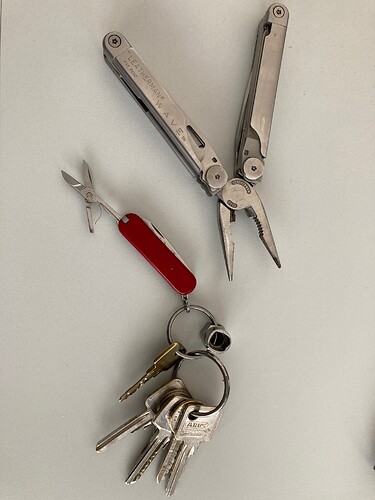 Always there for decades… my Leatherman “Wave” and my small Swiss Army knife on my keychain.
For SOTA activities I add a bit of string, roll of tape (Coroplast), some cable ties and Velcro.
If I need a hammer, I take a stone.

Only Saturday a BNC connector came open … something like that is not a problem.

… me too:
A Swiss Army knife and a small amount of electrical tape (if you want to call it a tool)
Had two failures so far: antenna wire and DC wire broken at the soldering joint of the terminal lug. It seems to be the weakest part where one needs to be very careful when assembling. Could be easily fixed with my knife, though. 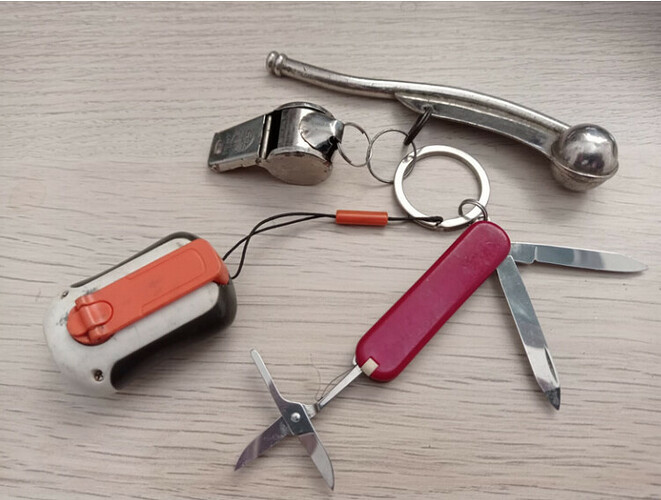 I have an HB9SOTA Swiss Army knife but it is too nice and precious to take on summits! So I have a cheap cloned version that travels in the SOTA bag along with a cheap Leatherman clone and a small amount of insulating tape. All the items will do for emergency repairs but also are expendable, I wont cry buckets of tears if I lose or break them.

BTW, let me show you the other side of the navy whistle seen in my previous post:

It’s probably older than me.

I confess: the Leatherman is used on the mountain anyway mostly only to cut bread, cheese and sausage…
Unfortunately there is no corkscrew on it… but maybe that’s better too … who knows what I would send in cw otherwise…

Perhaps I need one of these:

…and how do you know if your mast is vertical without a spirit level?.. and again you don’t have a soldering iron… - That’s not going to work…

let me show a similar tools always in my pack 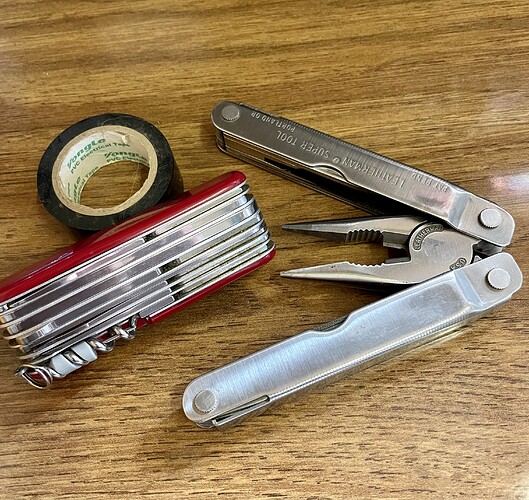 but you can see there are a bit heavy 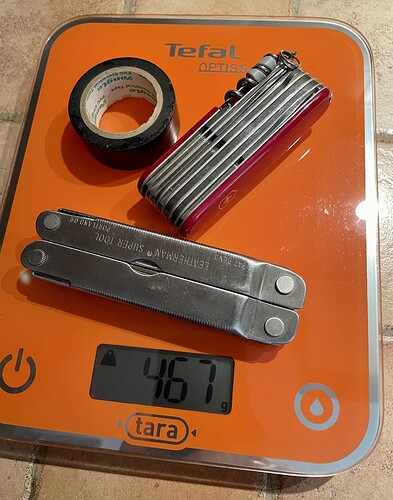 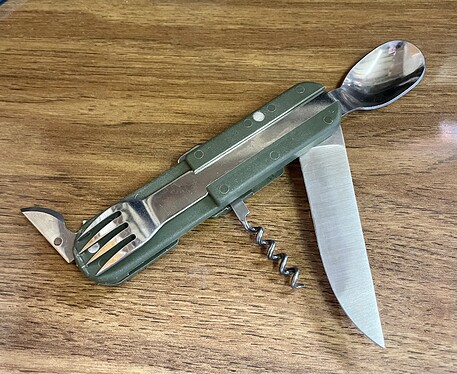 I’ve a Spanish model but I can’t find him, maybe next time.

the Leatherman is used on the mountain anyway mostly only to cut bread, cheese and sausage…

That made me smile as it’s something mainland Europeans do. People in the UK would have cut the sausage and bread before going out.

Back in 2018, when international travel was normal, I was staying with my sister down near Nimes. On one day I was playing SOTA and my first summit was F/CR-059 Sommet du Col Pointu. A little light SOTAing in France My brother-in-law had asked me to call at a specific Boulangerie on the way as it was renowned for its products. I used my best schoolboy French to buy the bread etc. and after that the exceptionally pretty lady in the shop congratulated me on being English but speaking French, she did say my accent needed work

We cheated and had that conversation in English or I’d still be there trying to figure out what she was saying! My brother-in-law had provided me with some of his home made sausage and some cheese and a knife sharp enough to skin a crocodile! I’d parked up at col de l’Homme Mort and climbed up to the AZ, activated and descended back to the car. I sat in the shade cutting bread, cheese and sausage in the 28C heat (September) and thinking about the 8C temps back in Scotland. I felt quite smug and properly European. Well not quite, I didn’t have any wine. Driving back to front cars is easy enough as long as you don’t push the situation by drinking or driving in the rush hour around cities like Nimes or Avignon or driving in fog.

I’ve used knife and scissors on the Swiss Army knife plenty of times. The pliers on the Leatherman have been use for tightening up connectors that stretched and become loose. But I have never used them on food that I can recall.

If I have tool, I use it. No matter how expensive is. If I dont use it, it is even more expensive. I waste my money.

I also use Swiss army knife on the chain with my keys, they call it Tourist. It is very useful and, today, in these terorist days people are not scared if they see knife. Red color and white cross are very well recognized

Yes, you can take a soldering iron. I’ve found this battery-powered one really useful. I don’t take it hiking, though.

I love the Bosun’s whistle (or pipe) Guru! I can still remember some of the calls… Ahh nostalgia!

I carry Leatherman and electrical tape.

I also have a couple of metres of silver duck tape wrapped neatly around my ancient sigg water bottle.

I leave my heavy Gerber multitool in the Land Rover.

A Swiss Army knife and a very tiny roll of electrical tape. I have actually used these for a very simple repair of my doublet’s centre insulator.

Re the Bosun’s Call./ Me too. Like you I can remember all the pipes that were regularly used in Her Majesty’s Naval Establishments!!
David