Today marks exactly 25 years since I was allocated my first amateur radio call sign. I took the summer 1997 Radio Amateur’s Examination (RAE) and passed, which was a good job because I managed to do the course and exam for free as I was under 18 at the time of enrolment!

I flirted with an M0 callsign for several years but then I got my original call sign of M1BUU back.

In a few weeks, on 7th July, it will be 25 years since my first call sign, M1BUU, was granted. I’m not too sure how I’ll mark my quarter century as a licenced ham, but I’m thinking about doing a SOTA activation. The date falls on a Thursday, so I’ll have a few hours between school runs. I’m thinking that I’ll do Whernside G/NP-004 or Pen y ghent G/NP-010. As a double whammy, my favourite QRP rig; the RockMite will turn 20 years old around the same time. The RockMite was given away as a party f…

My son wanted to do some plane spotting so with a hint from Mark, M0NOM, I decided that a visit to Red Screes, G/LD-017 might tick both of our boxes. I had already activated Red Screes this year, but today wasn’t about the points, it was just a celebration of 25 years as a ham.

I felt awful yesterday, I was sneezing all day and felt extremely tired. In addition to not feeling well, I ended up doing a 12 hour shift at work. Richard G4TGJ sent me a PM suggesting that we should try for an S2S and I replied that I felt awful and my planned activation was maybe looking unlikely.

After a good sleep I felt much better, but still tired, however the weather forecast was for a really lovely day and I knew my son was excited about the possibility of seeing some military jets. I decided that I would just take the day steadily.

I was pleased to find the Kirkstone Pass Inn car park to be quiet, just a few motorhomes sprawled out really.

My son had a spring in his step and was racing up Red Screes like a greyhound after a rabbit! I’d said that I was going to take my time. I enjoyed drinking in the gorgeous scenery. 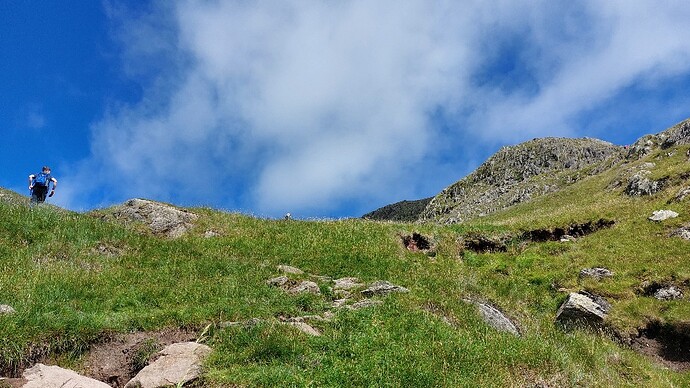 We were about ¾ of the way up when we heard fast jets and we were treated to a quick glimpse of a pass up through Kirkstone Pass. My son didn’t get a picture, but at least we’d seen jets!

We met a couple of walkers with a dog and got talking, it turns out that we came from the same home town and even went to the same schools!

I spent quite a while chatting which delayed me getting on air. There was no rush today though and I was soon calling on 30m CW. Richard G4TGJ had wanted an S2S from Ingleborough G/NP-005 on 30m, so that’s why I started on that band. After about 2 minutes, Richard had found me and we had an easy CW S2S. As pointed out by the couple I was chatting with, Ingleborough was actually visible on the horizon from Red Screes! 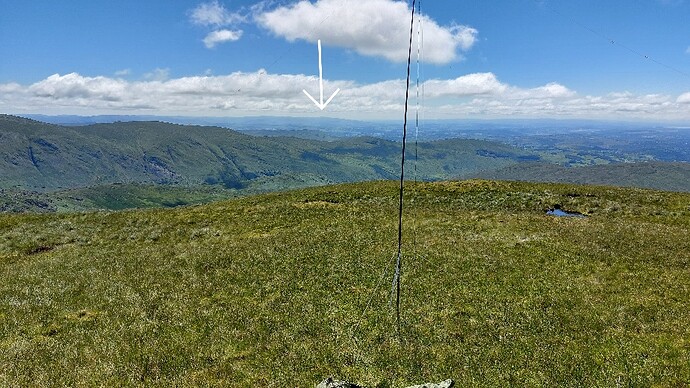 In all, I had 36 QSOs, across 40m,30m,20m, 17m and 2m. HF was CW and VHF was FM. I had difficulty on 2m, firstly with a dodgy mic lead (lack of use?) and secondly with an intermittent antenna connection. I was called by G4WHA/A and as I went to peak the beam, the antenna pole fell down and I bent the reflector element on the beam. Unfortunately I wasn’t able to establish communication with G4WHA/A. I had one more QSO before I gave up. Sorry to G4WHA/A and other callers, my 2m station just wasn’t performing today.

It was awesome to work Mark, M0NOM on the key on 20m - thanks Mark! Great to be called by Iggy, EA2BD/P for an S2S, and also new regular chaser, Chris, DL1CR/P. I had a nice chat with Richard G4TGJ/P on 2FM during the time that my radio was actually working, for a second S2S.

All the while I was operating, my son was chasing jets on the internet and in the air, I think it’s fair to say that we both had a good day! 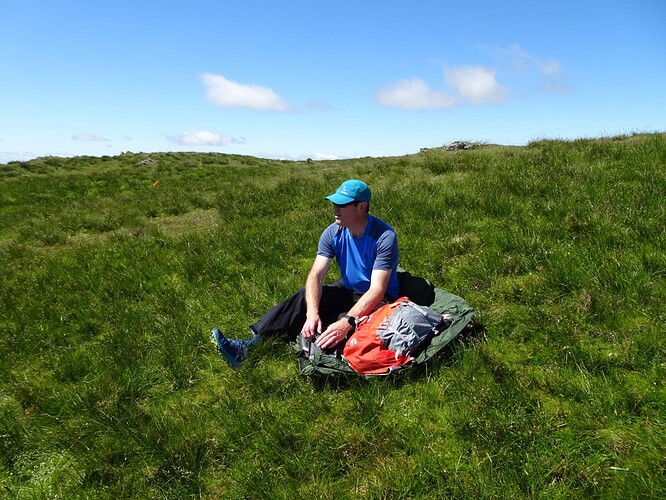 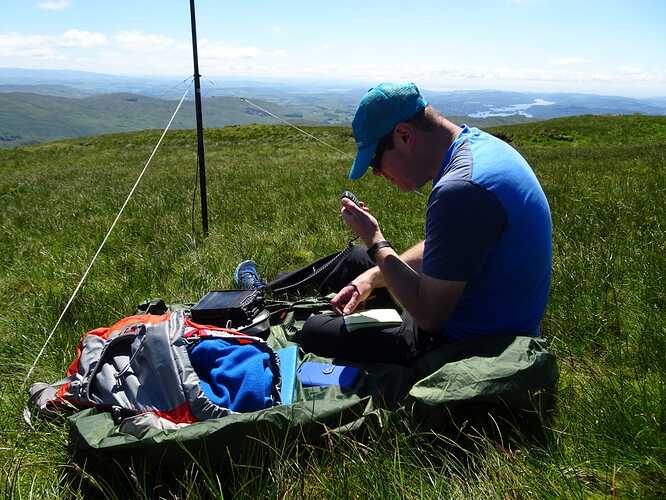 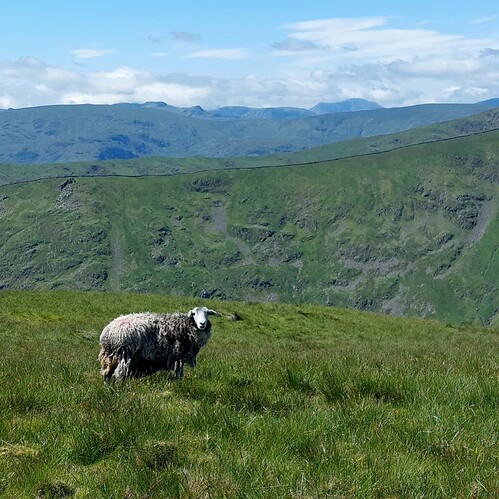 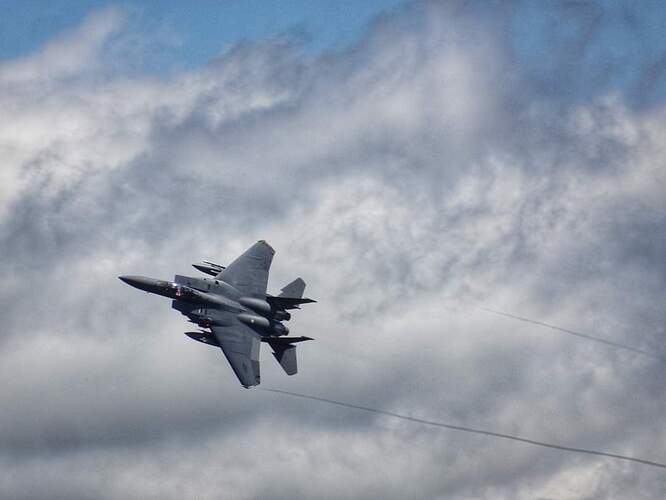 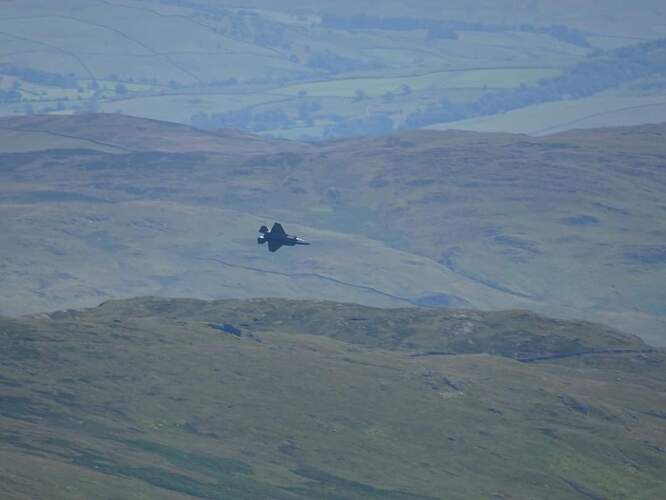 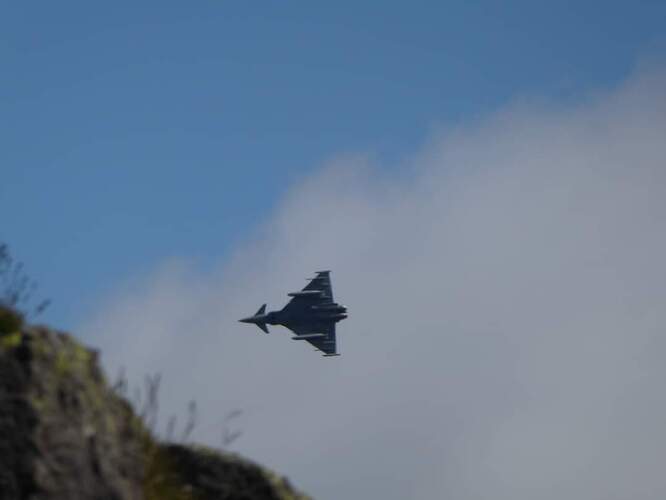 Thanks to the chasers for being there on my special day!

Final word to the bus in Ambleside scoring our day - 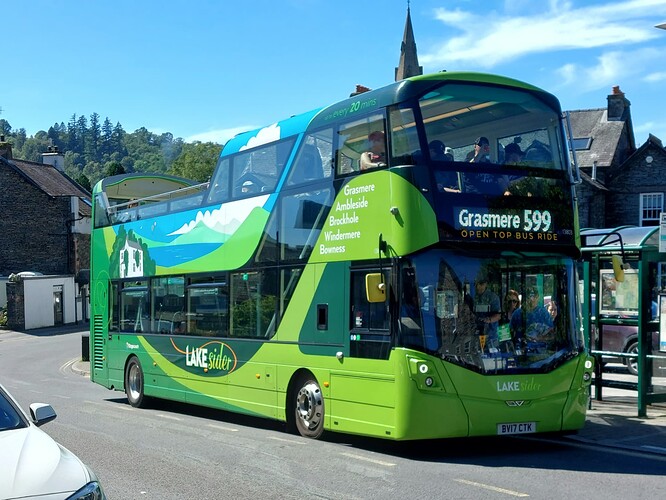 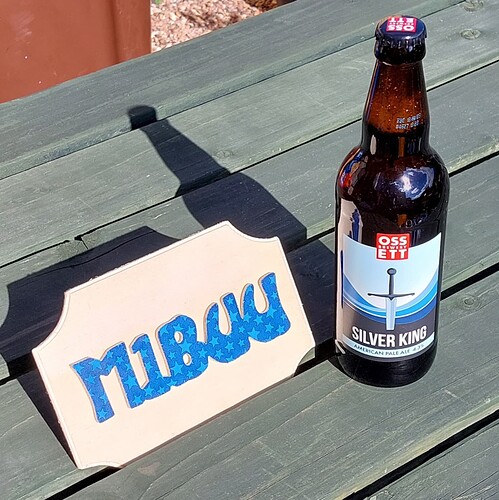 Thanks for the two S2S today Colin. And what a fab day! I’ve realised I’ll have been licensed for 40 years later this year!

Thank you for trying today. I did hear you briefly then nothing. Unfortunately i had a customer so could not get back to you! I sometimes operate from inside the shop as i have a dual band collinear on the building and use an FT8800 in the shop. There are occasions when i have to disappear quite quickly.

Again many thanks for trying.

You had an excellent day for the activation though!

Hi Colin, thank you for your detailed report and the many interesting and photographically excellent pictures.
You make me a little proud when you describe me as

I never thought I could make it this far in cw.
Until the next qso,

Happy 25 anniversary! Yesterday the pile up was too huge for a proper congratulation.

Do you know I went for a S2S on purpose with you, bringing my SST rig? 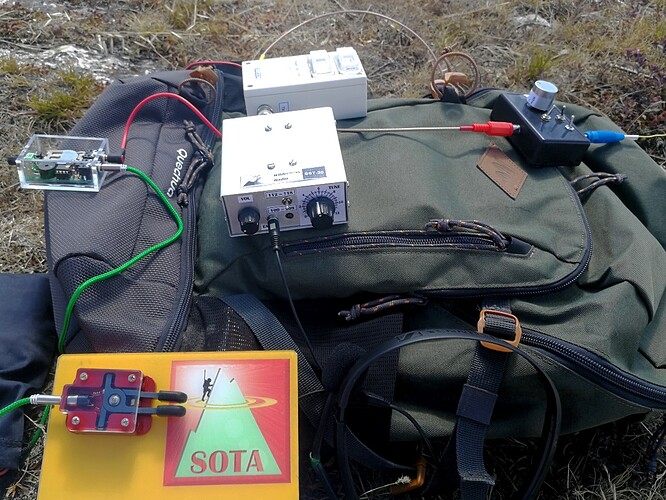 Behind the scenes: an anniversary S2S Activation Reports

Logging a qso takes a few seconds: just a short info interchange between the partners. But let’s see what’s behind one of those qso when you see the involved details of a specific and special qso. I. The plan I like reading the Reflector stories. Some provide useful information that enrich ham skills; some other are inspirational, as I read about milestones or successful activation from others. When I rode that Colin, @M1BUU was about to celebrate his 25th Ham anniversary I thought I’d like t…

Excellent report and photos - enjoyed reading it. Superb shots of the jets.

It was a good day for plane spotting and just being on the hills in general.
I operated from Queen Adelaide’s Hill at lunchtime and did note that there were a few jets going very close by you.

Hi Colin, cracker report and lovely pics, well done on your activity especially in such lovely WX.
Thanks for the contact and the points and glad to hear you had a great day and importantly got down safe and sound!!

Thank you for our S2S contact, and for an excellent report and photos from your activation. I saw several F15 jets over Thirlmere, but nothing as spectacular as your first picture.

It was a great day to be out in the hills, bright sunshine and glorious views in all directions as I walked from Helvellyn G/LD-003 over Nethermost Pike and Dollywaggon Pike to Seat Sandal G/LD-022.

Congratulations again on your 25th Anniversary!

Thanks for the report and great photos. Pleased to see that you both had a fantastic day. You’ll have to get your son an Uniden UBC125XLT scanner now to listen to the ‘aircraft chatter’ on VHF and UHF…you never know it might kindle an interest in him for amateur radio

We’re going to Southport airshow this weekend, and my son is already showing an interest in getting his Foundation licence.

I’m at the airshow tomorrow, I’ll have my handy in case any useful spots come up. I’m on the pier with my son & grandson. Have a good day! 73 John
Ps-Decided to save weight & not take handy after all.