Phew - finally made my first activation!

Having watched countless YouTube videos and read many reports on this reflector, I finally managed to make my first activation yesterday from Chanctonbury Ring, G/SE-009. Not the closest summit to me, but I chose this one on the basis of somewhere I’d been before and knew that there was plenty of space to play radio and unlikely to be busy on a Thursday morning.

One of my lockdown activities has been to improve my cw, and having had many practice qsos with a local friend and also some chasing, planned for my focus of this activation to be hf cw. I spent the evening before carefully considering what I needed to bring with me and packed my rucksack so I could make an early start in the morning. A nice drive down through the Surrey and Sussex countryside saw me arriving at the car park adjacent to the A24 at around 7.00z. A side note here: there was a sign at the car-park saying it was locked after dusk. I hadn’t noticed it on previous trips here, so something to keep in mind for anyone thinking about an evening activation.

Anyway, I digress! As I ascended to the summit I tracked progress on the SOTA Goat app, as I was interested to see when I would enter the activation zone. Much further away from the trig point/top of the hill than I was expecting! Useful to know for future reference for similar-type summits.

I picked my spot to operate from by the trig-point, and as expected for this early hour didn’t have any company, as the main footpath is slightly out of sight from that position. I’d been mentally rehearsing my CQ calls and likely exchanges on the way up, so all I had to do was setup my antenna (using the sotabeams bandspringer), which I’d had a few practice runs with at a local site. What could go wrong?

I found out very quickly! The antenna comes with a useful twin binding-post to bnc adaptor, but of course I’d forgotten the obligatory bnc-pl259 that I needed to connect the antenna to the tuner! Apologies to any passing walkers who heard an “Oh dear” or a slightly-less polite version at that moment!

I couldn’t think of a solution to the problem, but thankfully before I left home I remembered to bring my handheld with me as I’ve often seen it mentioned that you should “always bring a handheld - just in case”. My next question: would anyone come back to me. I know that 2m fm activations from a handheld can be hard-going down south! I spotted myself and put out some calls on the 145.500, but nothing! With my heart slightly sinking I sent a few frantic text messages to friends, just in case anyone was about. Thankfully one was, Eric, 2E0WKW who kindly gave me a shout. Frustratingly although he was a strong signal with me, he couldn’t seem to dig me out the noise! I was starting to think that this wasn’t going to be my day, when - hooray - a contact! Dave, M0KWY who’d been listening to my attempts to contact Eric gave me a shout. Once we’d finished I was then called by G3ZTZ who was coming on for a local club net. 2 down, 2 to go! A few more calls on the calling channel yielded nothing, but after a scan through the band I found the net that G3ZTZ had mentioned. I decided to cheekily break-in and ask if anyone would mind having a contact to help me qualify the summit. Thankfully Chris, G0GMC & John, G4BRJ kindly obliged and I’d qualified! Feeling somewhat better I put a few more calls out on the calling channel before closing, and Rod, M0RDV came on for a few overs.

So, there we have it. After wanting to do this for so long, I made it. Despite the disappointment on the hf side of things, I was pleased to get my activating off the mark and glad I didn’t give up when it seemed that no-one was on 2m! Lots of lessons learned and I’ll definitely be back for more!

Sorry for the long-read. I’ve enjoyed reading so many activation reports over the years, and I couldn’t resist writing my own.

73 and hope to catch many of you on air. 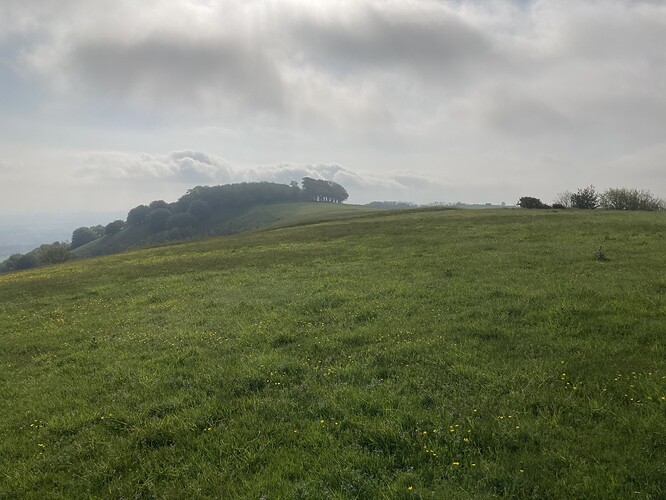 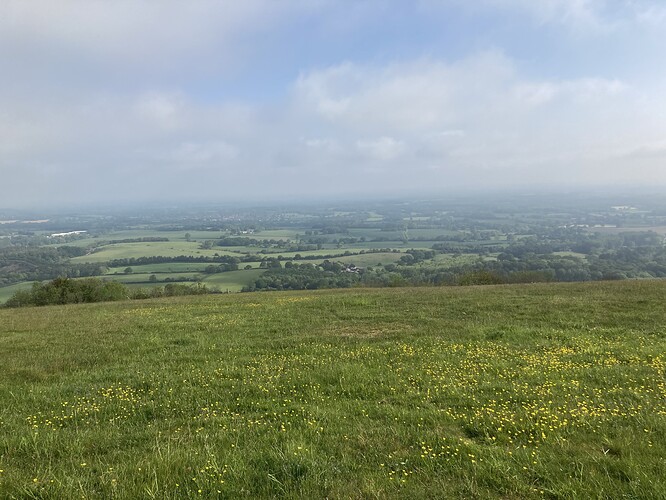 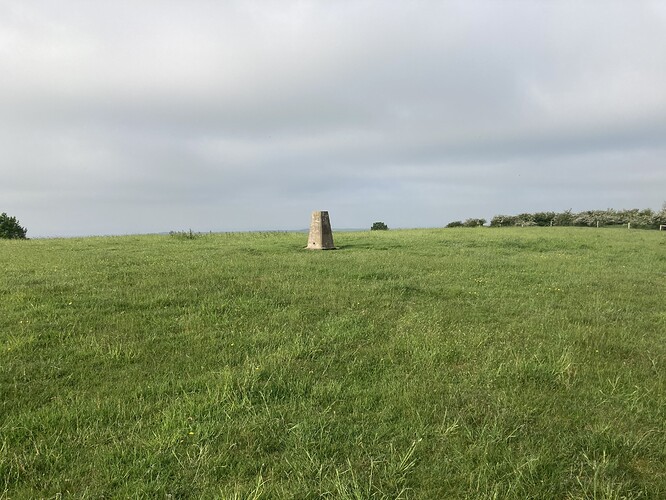 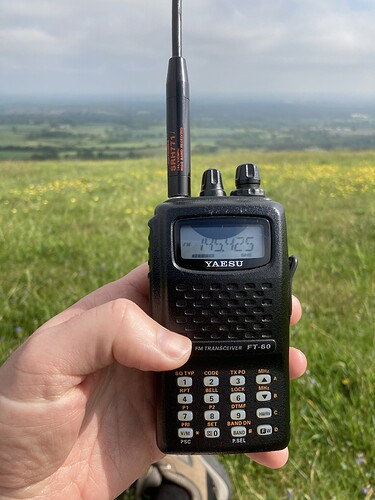 Hi Matthew,
Welcome aboard, and well done for your first activation - thanks for the report.

Best wishes for many more,

Welcome to SOTA Matthew and well done on your first activation despite the problems.

Build yourself a roll up Slim Jim for 2m. You’ll be surprised how effective it is and will add another useful band to your activations.

Looking forward to working you one day and maybe even an s2s.

Thanks Allan, and a good tip about the Slim Jim!

Hopefully catch you on air soon.

I failed on that hill about 6 weeks ago. I was visiting relatives so only had a 2m HT with me. I used a slim Jim from a 6m pole but couldn’t get a single response from anyone. I did hear two people talking but never thought to butt in - I should have!

I’ll return some day but will bring HF kit I think.

but couldn’t get a single response from anyone.

Sit on the calling frequency having an imaginary QSO with someone. Throw in plenty of ham jargon used incorrectly. Keep this is up for a few minutes and a band policeman will be appear soon enough to tell you to QSY. Ask him (it will most definitely be a him and not a her) for a report. Repeat x3. Job done.

Definitely feels like hf is a better option from there!

I failed on that hill about 6 weeks ago. I was visiting relatives so only had a 2m HT with me.

It’s always worth giving a shout on a local repeater to wake people up and ask for a simplex QSO.

Great work! Hope to S2S soon from here in KY!

never thought to butt in -

I made the mistake of activating a summit on 40m during a contest. Amazingly a couple of contest stations answered my “MM0EFI SOTA” response to their “CQ contest” call. It got me the points!

Congratulations on your first activation, and welcome to the club.

Chanctonbury Ring is a lovely place to activate from, whether it be from the trig point or the ring of trees, and i’ve done both.

Great story. I love how you rescued the activation using your handheld.

When I’m packing radio gear and even personal kit, I imagine every item in my head, from the battery to the aerial, the mast to the guy ropes, in order, and make sure everything to connect them together is packed. For clothing, I start with my boots and work my way up to hat and gloves. I take different radio kit and different clothing depending on the hill and weather, so it’s not like I have a standard set of gear packed. So far, so good and I haven’t forgotten anything yet!

Matthew you aren’t a proper SOTAist until you’ve forgotten something! It won’t be the last time. Well done and welcome

Thank you, and sound like a good way to prepare. I’ll definitely be more thorough next time!

Haha, I’m sure that’s true! Kept trying to tell myself, “it’s all part of the learning experience” in between the swearing!

Well done Matthew!!
It always a pleasure to read a nice report!
I hope to contact you on s2s!
73