How to activate 2m SSB with low budget

Since I become a ham (more then 40 years ago) I’m faszinated of 2m SSB.
I wanted to be able to activate HF and VHF in SSB without hauling heavy equipment and constantly rebuilding the antenna.
My rig is a KX2 and with an upgrade of far less than 100 euros, I can also activate 2m. 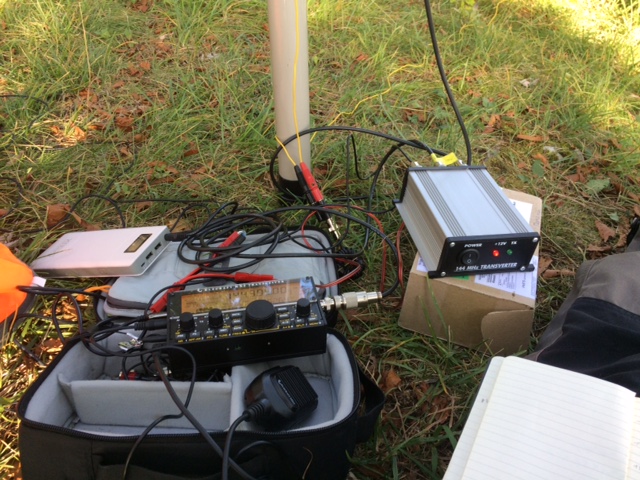 The Ukrainian transverter gets an input of 1.5 watts via its attenuation board from the KX2. So it has an output of 8 watts into the antenna.

The antenna is an easy to build DK7ZB quadruple oblong. It is descriped at the quadlongs…
It is fixed along the telescopic pole.
It is quite comfortable: Due to the wide horizontal 3 dB angle, you only have to turn it by 90 ° 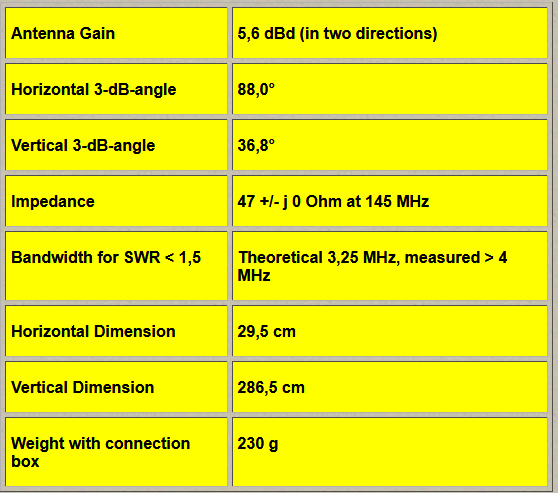 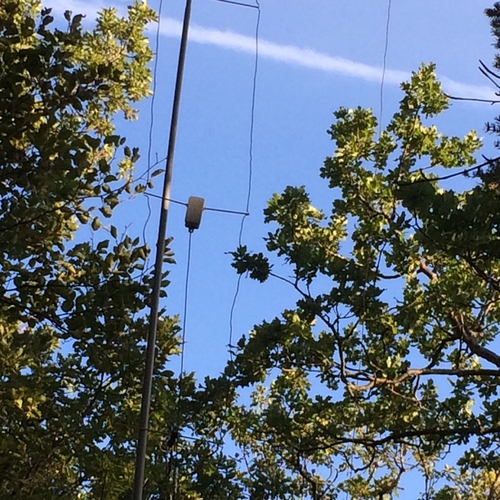 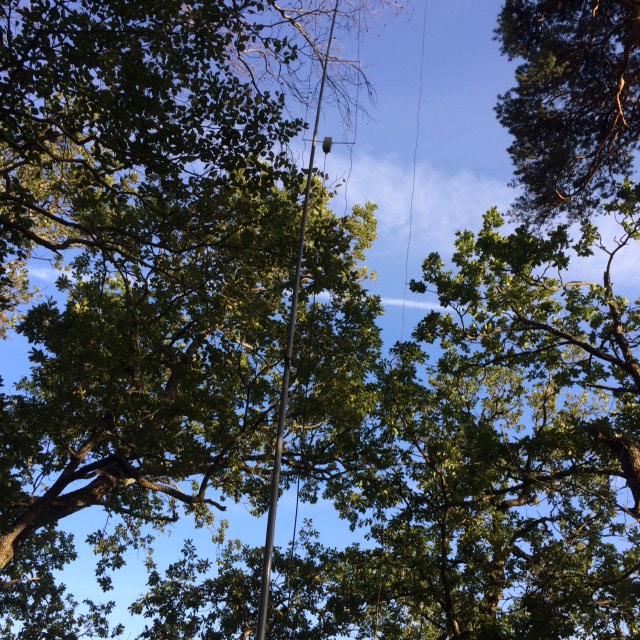 At the top of the pole, the wire for my vertical RF antenna is attached. It is the (KISS) version 1 of HB9TVK

Both do not bother each SWR.

The packing dimensions and the weight of antenna and Transverter are small … and it does not consume much battery capacity.

Around about 1000 Euros of gear there. I think that lower budgets are possible.

Around about 1000 Euros of gear there. I think that lower budgets are possible

Of course you can! – Maybe i expressed myself wrong?!

I m not a native english

The post is about how to become active, if you have a portable rig with 10m Band for a transverter.

Armin, for the same reason your post drew a grin on my face, too. But I guess you’ve been using the KX3 for years now and the additional cost to be qrv on VHF was 100 Euros for the xverter. Certainly any other HF radio would do the same job along with an xverter. So it’s only 100 quid and some antenna building for people who already have an HF TRX.

Hope to work you s2s on VHF soon!

The conclusion I personally reach from this is that the FT-817 is still champion.

Amazing radio, amazing value for money. So much so that after over twenty years, they still can’t really find a way to improve it (cf FT-818).

Amazing radio, amazing value for money. So much so that after over twenty years, they still can’t really find a way to improve it (cf FT-818).

And nothing from competitors comes close, its design was an act of genius!

I think the receiver could be a little better these days but as a complete portable package at a reasonable price (especially second hand), the FT-817/ND/818 is a great rig for SOTA (or any environment where it may get bashed around a little).

The FT-817 is still the best rig for its price you can get. Full HF,VHF all mode rig in a rugged case you can get. I also got it during a cashback offer and whilst it was cheap so cost me new around £400.

Proves the point when no one has tried to beat it and they all have brought out portable rigs but are twice the price so not in the same bracket the KX2/3 for example and the new ICOM. Even Yaesu haven’t replaced it yet, the Ft818 was a token gesture upgrade as nothing really changed.

Even Yaesu haven’t replaced it yet, the Ft818 was a token gesture upgrade as nothing really changed.

My understanding is that the final transistors and possibly some other components had become difficult to source and hence some minor changes to the design were made, so the FT-818 is really an FT-817ND Mk II but the FCC wanted a new model number.

Although not in the same price bracket, we could consider KX2/3 as a functional alternative to the FT-818 for HF/160+HF+6. Elecraft offer a KX3 bolt-on to get a couple of watts on 2m. So, other then the transverter suggested at the beginning, and the FT-818, are there any other options to get portable 2m SSB?

options to get portable 2m SSB?

The ubiquitous Yaesu FT290 and FT290II can be considered and is easily found secondhand. 290 Mk1 could be had in fully working but physically tired condition (35yr old set so what do you expect) for £35. Price goes up as they get younger and smarter. Prices on eBay are silly however. I know of several from SK sales going for under £10 at club surplus sales because “they’re old and nobody does 2m anymore”. Sales of 290II were very much lower so expect to pay more due to perceived rarity. Just remember what would sell at a rally for £50 will be on offer on eBay for £135 or more.

Then there are the whole range of transverters known as Ukranian Transverters available new. These low cost units can be had as ready built PCB to make into a transverter or complete items. Google is your friend as is eBay. Probably expect to pay around £70 for an assembled item and maybe £40 for a set of boards. The range includes 28MHz>50MHz, 28MHz>70MHz, 28MHz>144MHz, 28MHz>432MHz.

Mickey Mouse transverters are on offer secondhand still. Though you tend to see 28>59MHz and 144>432MHz most commonly offered. Prices from £25 up.

are there any other options to get portable 2m SSB?

I know of several from SK sales going for under £10 at club surplus sales because “they’re old and nobody does 2m anymore”.

I got an FT290R1 for a fiver at a local club junk sale, it had been dropped on its antenna which had broken off leaving a hole in the front panel, just right for a BNC socket. When tested it worked perfectly! 2.5 watts on SSB, FM and CW and back in the day I worked my share of DX with one without and later with a linear. The same club sale had an FT101 in showroom condition, sad to say I was outbid!

Inspired by Armin’s original post, I now have the same transverter set up with my KX2.
Test on FM yesterday seemed to work well with RF sensing switching.
Interested to know if people have used the RF sensing switching successfully with SSB?
Planning to be out tomorrow evening on Cleeve Hill G/CE-001 for the FMAC and UKAC contest.

It works. It can be made to work OK. But I would strongly recommend you use hard switching with any kind of mode that does not have a continuous envelope.

Inspired by Armin’s original post, I now have the same transverter set up with my KX2

Tony, your posting couldn’t have been better timed. I can see from Armin’s photo that his XVR is the same transverters.store 28MHz-144MHz transverter (assembled and boxed) as the one I got in the post two days ago to use with my KX2.

So far I’ve tested it only in Rx mode. I’m currently working on a hard-wired PTT solution for CW and SSB modes.

Q1) Did you get the version without the attenuator board in the box as I did. I only now realise the XVR ‘spec’ says 50mW is the maximum input power from the HF rig where as the KX2 minimum output power is 100mW (somehow I thought it was lower). And if so, did you adjust the RV1 pot to reduce the power input to the XVR as the spec suggests?

Q2) I know the SG-Labs XVRs have RF sensing (I have the 23cm version and use it that way) but I could find no reference to a RF sensing method for PTT control in any transverters.store docs. In fact, the set-up instructions say to check very carefully that your HF rig PTT control is correctly wired to the XVR PTT input. So, I’m surprised to read that Tony and Andy (MM0FMF) say it works, on FM at least.

I’m particularly concerned about CW mode where the XVR will be switching rapidly between Rx and Tx mode and if it doesn’t sync properly with the KX2 I imagine one or both could be damaged if both in Tx mode.

I intend to modify a cheap 3.5mm 4-pole jack plug to three RCA phono plugs cable to take the Key Out from the KX2’s ACC socket to the XVR’s PTT input. I would be interested if anyone has used that successfully.

There’s an RF switch on my Transverter-Store attenuator board. It was bought for use with something else.

I won’t be doing CW in the short term (still learning!), but will try SSB tomorrow with the RF sensing switch (and the antenna the wrong way

). I can see that as per comment above it will be preferable to get a cable to the PTT input in the long term.

There’s an RF switch on my Transverter-Store attenuator board

Ah yes, the ‘with-attenuator-board’ version would have solved my Q1 too-much-input-power problem.

Do you agree with my concern [in my Q2 question] about use in CW mode, and that my proposed solution should work for a hard-wired PTT?

Both the KX2 and transverter have instant switching. In the transverter circuit the power is switched between the RX and TX sections and there’s a diode across the RX input that is biased on when the PTT is active.

It should be all lovely-jubbly. Wire the ACC key out from the KX2 to the transverter, KX2 ant to transverter input through an attenuator, transverter ant to the 2m ant. Then VOX on, a bit of delay (I just cannot cope with full QSK) tap the paddle and you should be in business. The KX2 should go into TX, the key out will go low, the transverter will switch into TX almost immediately then the KX2 will make some RF and Bob’s your Uncle. Let go of the paddle, the RF will stop, VOX delay will time out, the key out goes high, the transverter switches back to RX.

The transverter switches the supply to the TX and TX stages with its PTT input and it’s got diodes to protect its front end from its own PA output and there’s another diode to isolate its RX section output from the RF input. It should be happy.

We can assume Elecraft’s designers are capable of walking and chewing gum at the same time so they will have designed their KX2 so the key output goes low always before any RF is produced so whatever is on the key output should get switched over before the RF appears. That all seems fine and dandy.

My only worry is I’d like some kind of resistive 50ohm load between the KX2 and transverter in case the input impedance is something so revolting the KX2 doesn’t like it.

So I’d order their attenuator board and use that so that the system was “proof against activator being cold and damp on a summit and forgetting to set the KX2 output power”; you know you are going to do that at some point. Then you’ll have let all the magic white smoke out of some of the transverter transistors.!

Their board has relays for switching the attenuator pad out of circuit.

I’d stick mine in the post to you tomorrow so you could build up your system on Wednesday. Then you could order an attenuator at leisure and send it to me. But my board is hiding in the shack and I can’t find it. I can’t the Z-match or the bag of T-50/T68 toroids either.