With a moderate wind forecast for Lakeland summits, I chose to camp atop Grasmoor on Maundy Thursday. This was my usual setup of cycling to the foot of the hill (in this case, alongside Crumnock Water) with a the final leg to the top on foot.

The cycle ride to Crumnock water took about 90 mins, and I locked my bike to G7KSE’s avatar (a “Lambs Tek care” sign) before eagerly heading off up the hill. It was my first trip in fine weather for the some time. The last summit camp in March, had been in snow - so i was looking forward to gentle conditions.

Packed in my back I had a lightweight summer tent (3F UL Gear Lanshan 1) plus plenty of radio gear: 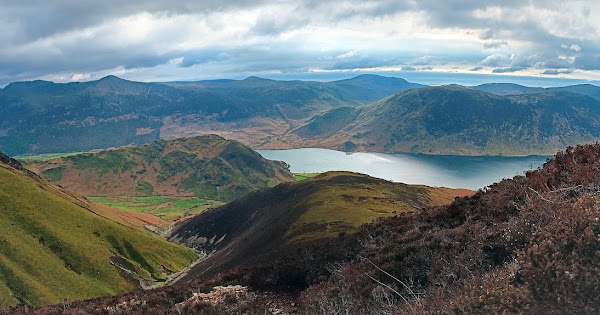 Once at the top I quickly got the tent setup, followed by the two telescopic poles - one with the 2m flowerpot, and the ther the linked dipole for HF. I called out on 2m using the VX6 on the flowerpot, and first to respond was 2E0LDF, with who I had a good chat about my plans for the nigh. Next was 2E0MIX, 2E0IKM and M7MGO. There followed a good number of calls on 2m before I moved onto HF.

I was looking forward to trying the (tr)usdx; however, this hill appears to be cursed as a recent CME had led to a geomagnetic storm - exactly as happened on a previous summit camp on Grasmoor . I managed a brief contact with F4WBN, and then moved onto the FT818 - where the extra receive controls allowed me to make a few contacts. I spent most of the rest of the night operating on 2m, with occasional calls on HF. Operating 2m into the night form a summit is always good fun, as all sorts of people pop up -` I was pleased to catch 2W0JWA on Great Orme.

Next morning I was up at about 0500 to try HF again - but conditions were quite poor, so I spent some time on 2m before heading off to Grisedale Pike at about 0800. It is a pleasant walk across to the Pike, and I was soon on the small rocky summit, where I activated using the FT818 and flowerpot - on just 2m this time. G6LKB was first to respond, followed by 2E0LDF, 2E0MIX and G0TDM. There followed a good number of contacts, including into Middlesbrough and Darlington (ie the other side of the Pennines). After around 40 mins on 2m I headed back to Grasmoor for another go on 2m - this time just with the handheld and RH770 antenna - before heading back to my bike.

It was a great night out on the hills, the moon was almost full so it never really got dark. I got up a couple of times in the night to wander around the summit and look at the lights of West Cumbria - I had the summit to myself from my arrival at about 1800BST, to departure at 0800BST the following morning - absolutely great! 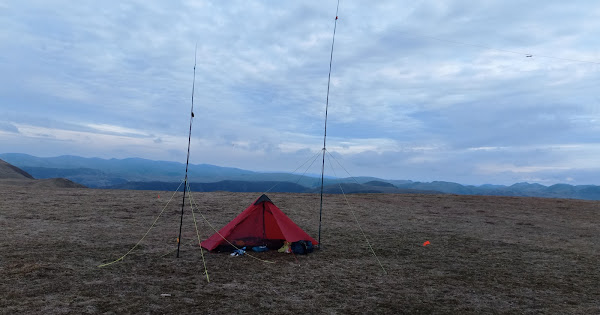 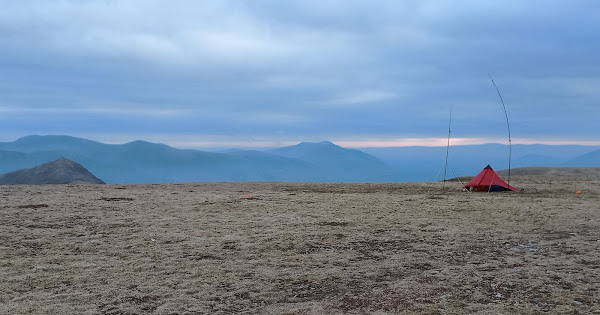 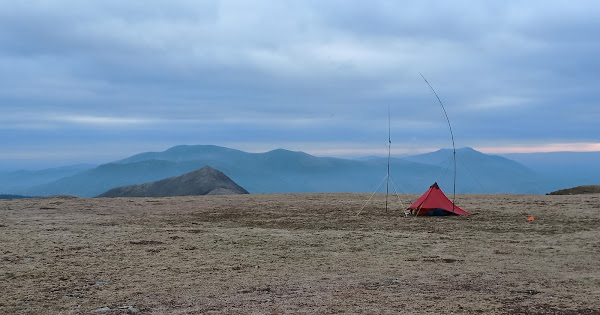 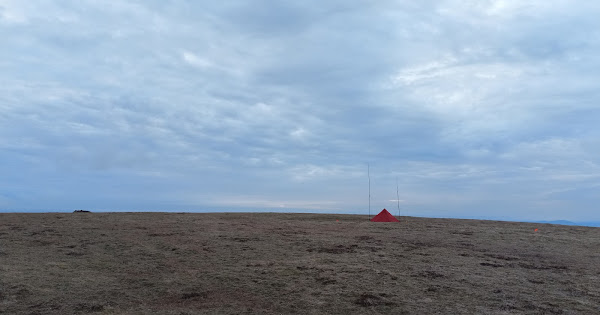 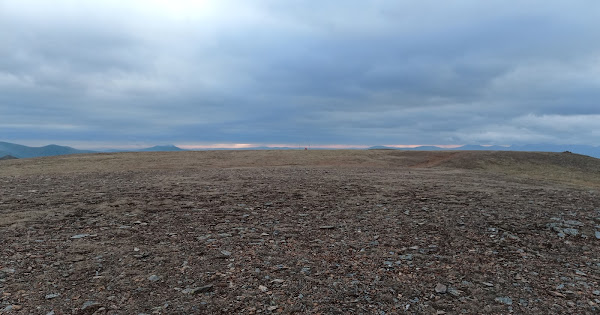 Camping atop Grasmoor (spot the tent in the final picture!) 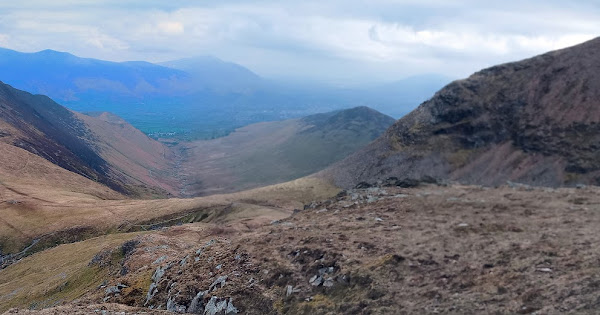 I’m surprised that “Tek care” sign hasn’t got a national trust warden assigned to it now.

haha yes, i think you were one of my best contacts of the weekend! Great report pal, and good to work you

Those photos really capture the solitude at the location ! Some great textures in the sky too.
Richard.

Another night on the hills and well told.

Its years since I’ve camped out on the tops. You might just inspire me to do so again.