The closest activated summit to me in Louisville, KY USA is W9/IN-003 Greenbrier Knob. It has a distinctive elevation profile as the trailhead is slightly higher than the elevation of the actual summit. Here, a profile plot starting at the trailhead: 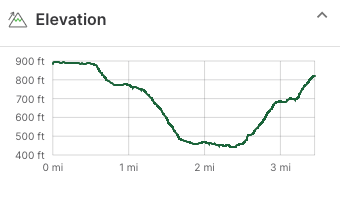 I activated it a third time last weekend, and as I was huffing it back uphill to the trailhead I wondered what other sorts of peculiar summits are out there! What’s your favorite summit oddity?

I did Greenbrier last fall on a overnight in Louisville. Yes it was strange hiking down most of the way with a short uphill at end.

I hung my 2m Rollup high, started to call about sunset and quickly received 2 QSOs…then…I heard a pack of wild dogs or coyotes howling in the distance. A couple minutes later they were much closer. I quickly packed up and high-tailed it out of there. I ran the 2ish miles back to the trailhead!

The most odd summit I’ve done is Holy Hill in Wisconsin. On the top is a beautiful Catholic Church and the hike up is Stations of the Cross.

Looking to top of Holy Hill 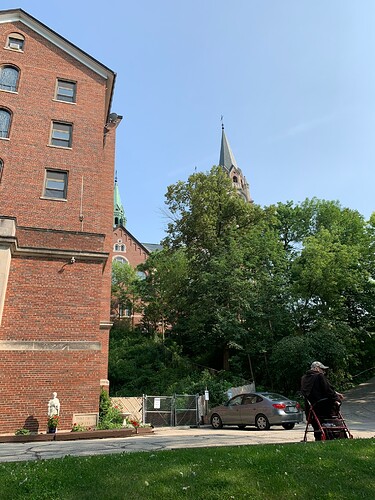 Interesting! Are there other summits in towns?

Arthur’s Seat GM/SS-272 for one. Brimmond Hill GM/ES-086 maybe depending on where you think Aberdeen stops.

Yes, G/SE-007, Crowborough comes to mind, there are a couple of places where it’s possible to do HF but it’s also possible to do it from the pub with a handheld!

the trailhead is slightly higher than the elevation of the actual summit.

For that to be valid the trailhead must be part of another summit - out of interest which one?

Yes, I suppose I should have been more specific. I was meaning built up areas.

W8O/SW-012 is in suburban Cincinnati, OH 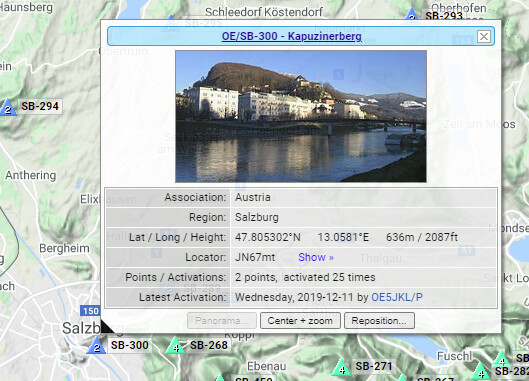 Yes from a Google Maps satellite picture - I’d say that’s IN the city! 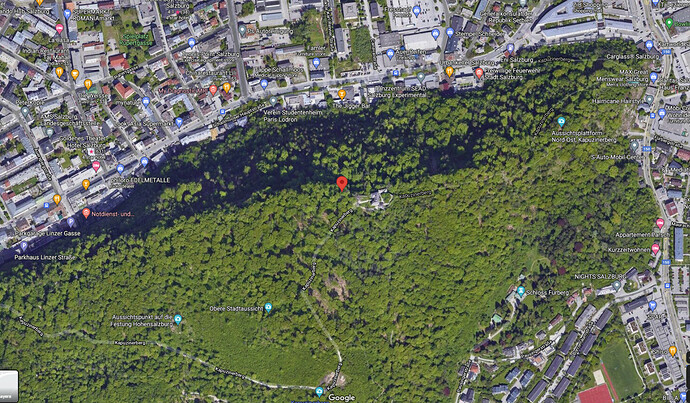 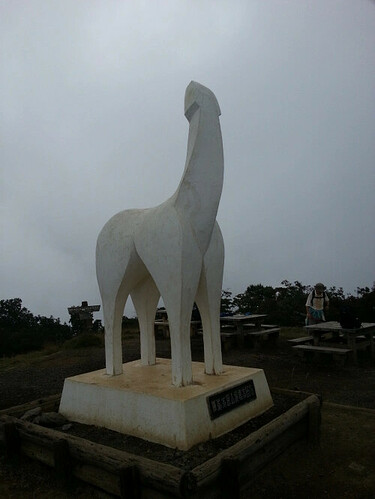 On top of JA/KN-028. Supposed to be a horse. Very evocative.

Signal de Botrange ON/ON-001 with a pub in the AZ is not unique with that feature, but I have a nice memory of enjoying a beverage with Peter-ON4UP before AND after our activation…Etienne-K7ATN 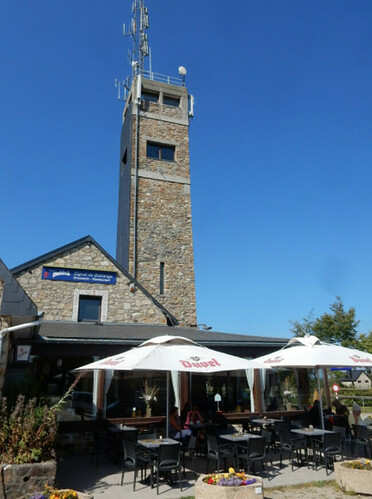 The first time I was on DM/BW-766, I walked past the actual path and then climbed the summit from the south through the forest.
In the process, I passed a lovingly laid grave for a dog within the AZ. It’s a spot you don’t normally pass.
Of course, in Germany you are not allowed to bury your dogs just like that.

Nevertheless, I liked the idea of giving one’s faithful friend, with whom one may have spent a lot of time in this forest, a final resting place here.

Interesting! Are there other summits in towns?

Some of the summits in Canberra are more or less surrounded by built-up areas. Mt Ainslie, vk1/ac-040, which is popular enough to be in the top 50 list world wide, rises above the suburbs of Ainslie and Campbell to the west and south, and by the Majura area and Canberra Airport to the east. Mt Taylor vk1/ac-037 is more or less surrounded by residential suburbs in the south of Canberra, with the districts of Woden, Weston Creek and Tuggeranong at its feet. Tuggeranong Hill Vk1/ac-038 has suburbs to its east, north, south and west. Black Mt 042 has suburbs on its eastern and western sides.

Mt Stromlo 043 is known as the site of an astronomical observatory and the university tried to keep suburban development and its associated light pollution away from it for some years. Then in 2003 a huge firestorm swept through the pine forest surrounding it, melting the aluminium telescope domes and rendering the site almost worthless. A recent photo posted here showed new work under way but not for light based observations. The suburbs have now been built right up to its foothills. The Siding Springs Observatory in northern New South Wales is now the “focus” of the university’s observing.

Interestingly the hill the trailhead is on does not have enough prominence to qualify!

Are there other summits in towns?

Interestingly the hill the trailhead is on does not have enough prominence to qualify!

Which means it’s a subsidiary summit to another higher one, which might be far away. My original question still stands, which summit is it?

which summit is it?

We have a few interesting ones around the SF Bay Area.

Mount Davidson (W6/NC-423) is in the middle of San Francisco.

El Toro (W6/NC-376) might be inside the city limits of Morgan Hill, but it is on the city seal, so that counts for something.

Mount Caroline Livermore (W6/CC-075) is the high point of Angel Island in the middle of San Francisco Bay, with great views when it isn’t fogged in. I’ve read that 50 feet of summit were graded off for a Nike Missile radar installation, then restored. I’m not sure about that, because there are some concrete pads near the summit and an old azimuth marker pointing west. (Russia is that way!).

There has been debate over the years about which of the two peaks of Mount Tamalpais is higher. The current decision is that the peak with the great views, fire lookout, parking lot, restrooms, and ice cream stand is the lower one, and that the peak with no parking and an abandoned, fenced-off military installation is the higher (W6/CC-063). They only differ by a meter or so.

Discovery Peak (W6/NC-054) in the Ohlone Wilderness replaced Mount Rose as the local high point in 1991, and even now it might not be the highest point there. That area is surprisingly wild and hard to access for a place so close to 11 million people. 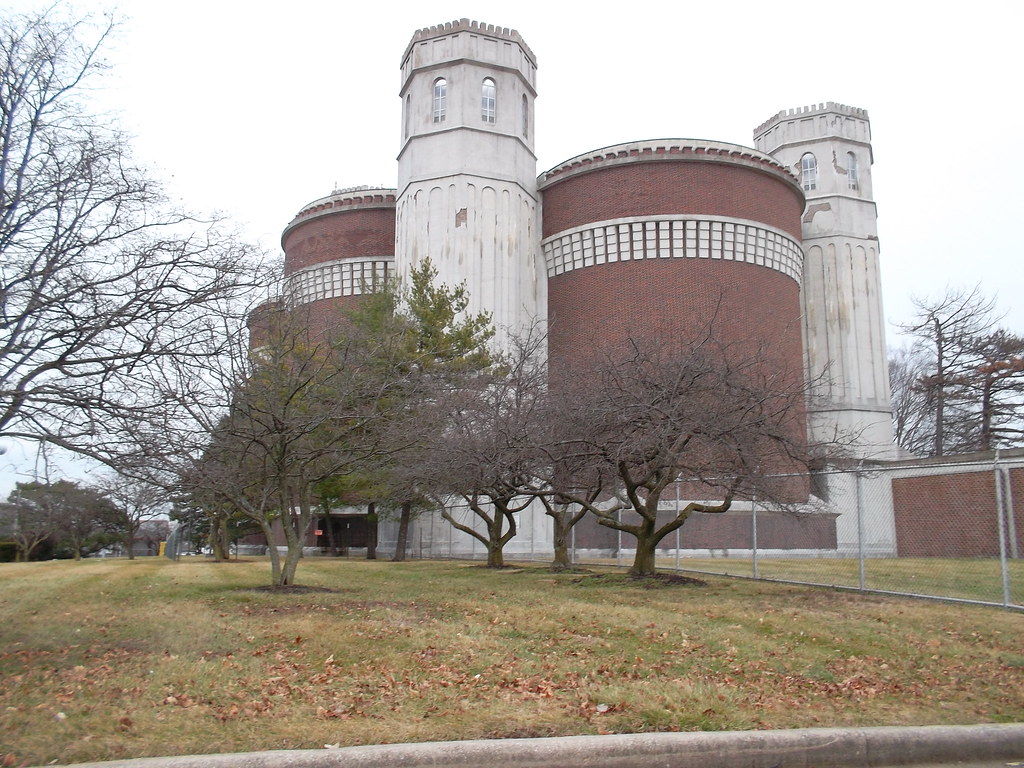