What's this ANOTHER "on-the-air" program? BOTA

Is this climbing up to a summit in freezing winds and driving rain/hail/snow getting too much for you?

Well how about this scheme BEACHES ON THE AIR … this from Southgate news:

I suppose a simple vertical antenna with a counterpoise into the salt water may put out a good signal, but where’s the challenge?

(actually, once in a while it might make a nice change).

Dozens of such schemes are started every year. Without proper planning, supporting online systems and huge amounts of work they never get anywhere. Maybe this one will be different - who knows?

But the BOTA program doesn’t have clear rules (location, etc) and it’s ok to be on the car park and activate the beach from the car…Or from a house near by…

…huge amounts of work they never get anywhere

The CT manager (CT1CZT) stated that now he has nothing to do with BOTA.
It seems the award manager forgot him, short after the work to list the portuguese beaches (CT1CZT words…)
That’s not a good prospective to the programa but…who knows ?

What I like is the way so much of the terminology and feel of BOTA is unashamedly copied from SOTA. Did the organisers contact anyone here and say “we think your award scheme is great, we’d like to do a beach version and base it on your scheme, any problems with that?” Of course not.

I saw a 11m SOTA thingy on FB the other day with a summit list.
Any form of ham radio activity is a good thing the more people on the air doing interesting things the better. Then there is the "how’s your piles going this week lot ", with the morning and afternoon sked comparing scares.
Ian vk5cz …

An acknowledgement would be nice Ian.

Just had a look at Western Australia BOTA, A beach to me is a stretch of sand along the coastline.

Some of the WA listed beaches are lakes about 50 kms in from the coast, there is also a water ski park and the totally man made rowing complex again well away from the coast. No idea where they got the info from, But if its to work they need to start from scratch and get some local people involved. How do you define a beach, where it starts and ends people would have different ideas.

Not against the idea but I’m not a fan of getting sand in my radios.

Hi John,
This was the point of my comment re Bavaria - a land-locked state, no coastline but 393 BOTA locations. They are all on lakes or reservoirs. OK, these are places people go in summer to lay out in the sun or swim (or both), so I guess there’s no real difference to a beach on an ocean.

The website from BOTA is not bad - somewhat better than the COTA / World Castles Award one in my opinion.

As Andy says most of the “OTA” schemes are copies of SOTA but in most cases they don’t have the technical web infrastructure that SOTA has. I presume the ARRL didn’t ask either SOTA or WWFF when they set-up NPOTA? Someone ought to quickly trademark “on the air” - there could be some money to be made licensing that out! But which came first IOTA or SOTA or some other OTA??

Someone ought to quickly trademark “on the air” - there could be some money to be made licensing that out! But which came first IOTA or SOTA or some other OTA??

Me thinks it was JOTA (Jamboree On The Air) away back in 1957 at the Scout World Jamboree in that year. So maybe credit should be given to the Scout organisation - from an ‘old’

I do rather like their “square root rule” as a way of encouraging activating more beaches.

Lakes can have beaches, I remember swimming from and sunbathing on a beach in Bavaria - it was nearly as crowded as Brighton on a bank holiday (an atypical sunny one, of course!)

I’ve just had a look at the BOTA website, and personally I’m quite impressed. It does appear to have been properly thought through and with an impressive-looking supporting infrastructure. Time will tell whether the technology and management is up to the task, but I’m left with a positive impression of what I’ve seen.

The one thing that concerns me is that the references are very similar in style to SOTA references, and there is duplication in both the association and region codes. For instance, in England, there is a G/SE region. I really don’t think that was a clever idea in terms of their own promotion, as much of the BOTA on-air activity will be assumed to be SOTA. This could really harm the ability of the scheme to effectively market itself.

Yes I like the ^0.5 rule as well Brian. Nice approach!

But have done beach dx-ing before myself.
Best time to visit the beach is when a high tide is due 1 hr prior and afterwards and higher the tide the better. And make sure you have a good CP wire running to the water helps also.

Many many moons ago we used to have Honda 90 bikes with CB’s and we visit the sea wall on East coast UK during high tide periods and what you could hear and work during that 2hr period of high tide is unreal compared to out side the zone. One day it was a well high spring tide and we were not just getting up and down the coast line of the East and south UK also working into German, Dutch and French Coastal stations. Me on 4 watts and me 1/2w fire stick and me mate with 40w and his 5/8w fire stick he even clocked north Portuguese station now this on 27mhz FM. But then we spotted a chap little further down with his 2m portable and he had heard what we did and tried it out him self even he was amazed on where he was reaching during the 2hr period and after that last hour all dropped out bah local stations.

Tell you if you going down the coast make sure the high tide is in and its above 5m pack higher the better.

Then that led to this with 3 El beam and Antron 99 again awaiting the high tide many many moons ago. Yet to experiment on the lower bands below 10m. But one day want to get back to dong the tidal thing again with Ham radio, and me verticals 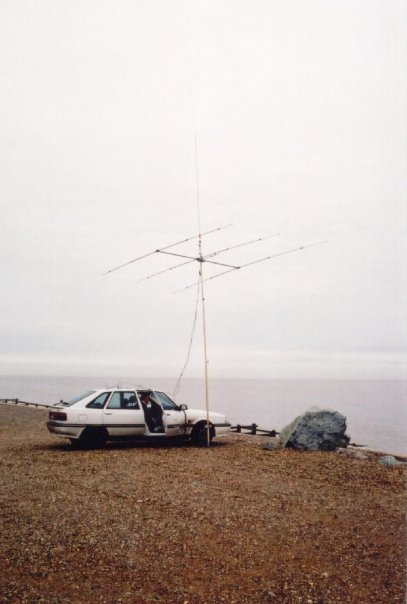 The one thing that concerns me is that the references are very similar in style to SOTA references,

I also think there’s merit is the “square root” scoring rule - perhaps something to adopt in a future SOTA challenge?

Well we’ve already got an equivalent method - ie where more Challenge QSOs from the same summit accrue some credit, but to really push your score on you need to activate some different unique references. Both BOTA and SOTA Challenges have that concept, just with a different mathematical approach to achieve the same (or similar) outcome.

There was of course the recent FOTH (Ferries On The Harbour).
http://vk2bv.org/home/general-information/club-activities/ferry-contest/

When will this idea of operating portable to enjoy the hobby cease! Summits, Volcanoes, Beaches, Ferries…

PS: I did a new never before activated summit on Easter Sunday just to add to the sillyness.

I’ve just built myself a new beach, just need my BOTA number some sunscreen and a towel.

Oh nearly forgot a radio an antenna and I’m good to go. 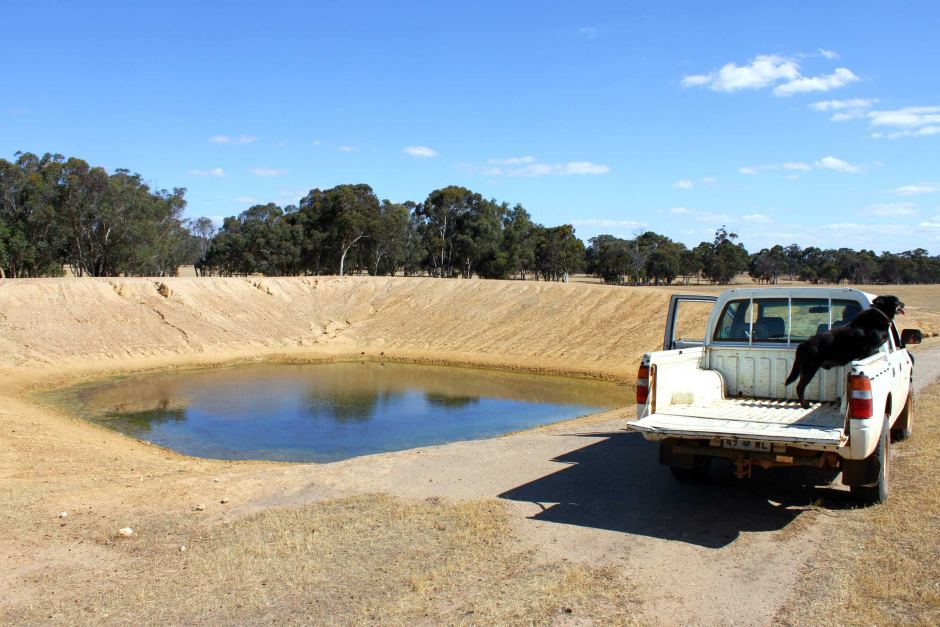 I’ve seen a lot of these kinds of dams half way up alpine summits in Germany, Austria and Italy (I’m sure they’re elsewhere as well) - unfortunately, I haven’t found one within 25 vertical metres of a summit as yet so no combined BOTA and SOTA activation yet.