I’ve been hiking many years and I’ve seen and heard some pretty interesting things. Topless women on the trail, Thru Hikers Mooning the COG Train, and I have even seen a guy hiking The White Mountains Direttissima in his underwear. Today was no exception when a young lady asked if I was a spy. I chuckled a bit and said no not anymore, I’m retired. After we both laughed a bit I explained about HAM radio and my SOTA activation. Stuff like that just makes my day.
At any rate, today was another success. I made a total of 23 QSO’S, 18 of them on 20, 30 and 40 CW and 5 on 2 Meter Phone.
Thanks to my DX friends, @F4WBN @SM5LNE @F6CEL @PA5KM @SA4BLM who all made the log.
Thanks guys, see you on the next one!
73 fred 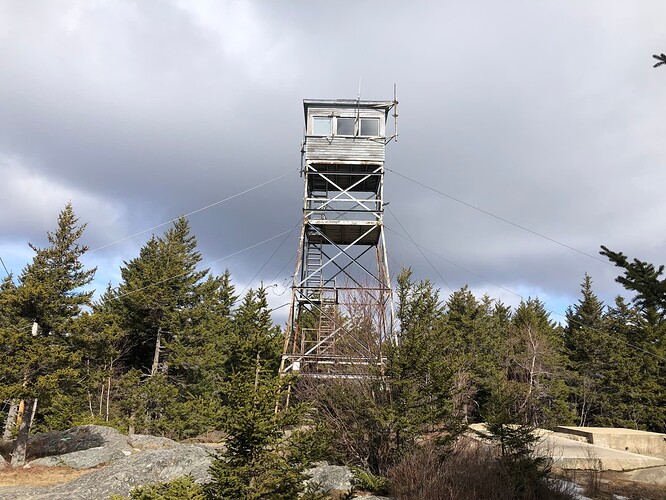 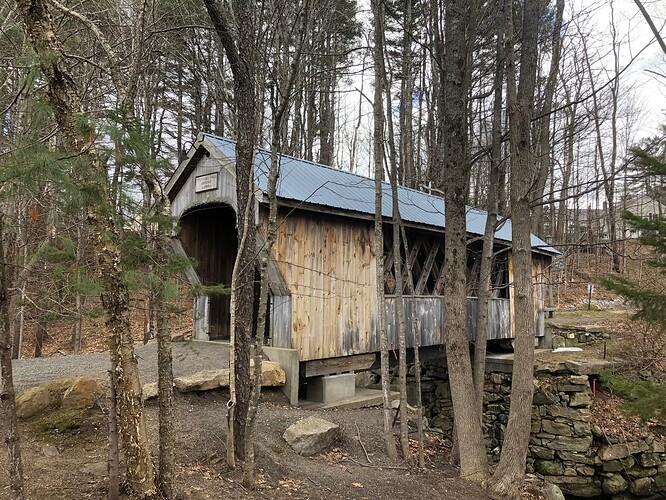 I was running a CW POTA activation without headphones at Amicalola State Park in GA when a DNR ranger (Full LEO) came over. We talked for a few minutes and then said that a young lady had told him that she thought I was communicating with Russia or could be a terrorist since I was using Morse Code. He jokingly asked if I was talking to Russia, to which I responded “No, but one can hope. I need that country to count towards an award.”

I remember the girl walking by. She kind of slowed down as she walked nearby. It had to be her.

We had a good laugh, he wished me good luck, and carried on.

Oh forgot to mention. One other guy asked if I was conducting a scientific experiment. I got a chuckle out of that too.
CU

asked if I was conducting a scientific experiment.

normally they ask me "are you installing a cell phone repeater here in the mountains?

Usual (now tedious) comments overheard throughout my activation on Saturday:

You overhear more and better ones when operating inside a bothy bag. For some reason, bothy bags must appear to be very soundproof!

Thanks for the feedback guys. I was beginning to think that these types of things/comments only happened in my home state of New Hampshire. We get lots of flatlanders on the trails up here. Especially on the weekend. They tend to be full of weird questions and comments.
I guess all we can do is grin and educate.
73, fred

To bring things back to earth; I was actually asked as I was walking down from my last summit (with mast sticking out of my rucksack) “are you doing SOTA?”. It completely defeated my standard responses about fishing etc…

The “are you a spy” kind of question shows how stupid some people are. The primary job of a spy is not to get caught so going and doing something that could be construed as “spying” where members of the public are found is not a good way of keeping your spying activities secret.

the characteristic eye glazing of a non-enthusiast

Quote of the day.

And probably an accurate summary of my life experience to date…

Or is it a double bluff? And you’ve fallen for their clever ruse.

Hi,
Reading your post reminded me of a day I had on the hill with a Friend 2M0UTH and myself it was long before I became interested in Sota and I only had a licence to transmit of UHF and VHF.

On tis particular day we had decided to walk to the top of a local hill called Dumgoyne hill the starting point just happens to be right outside the Dumgoyne Whiskey distillery (to which we sampled the wares ) once at the top of the hill we set up 2 stations one on VHF the other UHF we were busily working away when a young couple approached us and asked what we were doing.

As quick as a flash as if it was normal Paul my friend replied that a lion had escaped from the nearby wildlife park Blair Drummond Safari Park which was about 20 miles as the crow flies and we had heard of a sighting in this area and were trying to track it with its radio collar.

Well the young lady turned on her heels and promptly informed her partner that they had better get back to the car immediately and that was the last we saw of them, we sat on the hill and could not operate for laughter still to this day the look of terror on that young lady still makes me laugh it was cruel but so so funny

My son was with some friends on the top of Snowden (GW/NW-001) when he spotted a radio amateur.

He went over to have a word and asked if he was taking part in a SOTA activation.

In this case he got the reply, no, he WAS conducting some research.

Not sure what that was all about.

If it was concerning propagation, why would you need to climb the tallest mountain in Wales?

If it was concerning propagation, why would you need to climb the tallest mountain in Wales?

Err, maybe he was checking propagation from the tallest mountain in Wales perhaps?

Or, as a triple bluff, the spy could post the coded message on a publicly accessible website on some pretext

I was on a summit earlier this month in Pennsylvania just off the trail with my rig MTR4BV2 (headphones on) and antenna hanging from a tree. Deeply focused in the middle of activating (dx Sweden) I heard a…HEY I quickly completed the QSO and…

I turned around and a DCNR ranger was standing about 20’ away not looking very happy. Within a minute the tense situation became cordial with me going into a quick introduction to ham/SOTA. We had a nice chat ending with a handshake.

I’ve been considering bringing a Rollup sign reading “Amateur Radio Operation in progress” the Ranger said that may be a good idea.