I had a Swiss Army Knife but I hadn’t seen it for ages. I was sure it was with the camping stuff but I searched high and low through all our outdoor kit yesterday but couldn’t find it anywhere. Then I had one last look today in the box of camping kitchen stuff (pots, pans, plates etc) and finally found it hidden inside an insulated mug. It’s had a good clean, sharpen and oil and is now with the SOTA stuff along with some insulating tape, a mini screwdriver, connection block and a few other bits and pieces. All of it is less than 100g so not bad for a chance to rescue a failed activation. Thanks for all the comments.

than the Palm Mini

Unfortunately, this connection was also already on my Palm Mini, which I bought in 2018.

The Palm Mini uses a 3 pin Molex connector. The Pico was a later product but both were in production at the same time.

The original mini cable was just a normal connector with heatshrink to cover the join. The cable was rather thick and stiff and prone to failure. The cable was then re-designed with a special plastic moulding to hold the cable to connector join, the cable itself was also much thinner and more flexible. 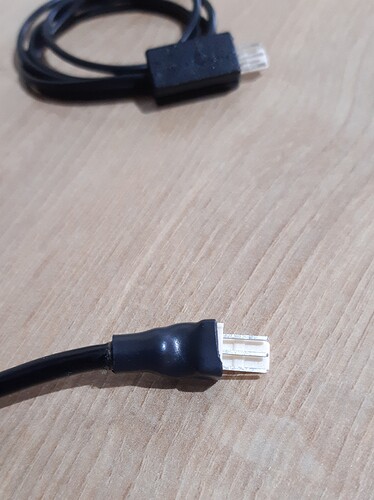 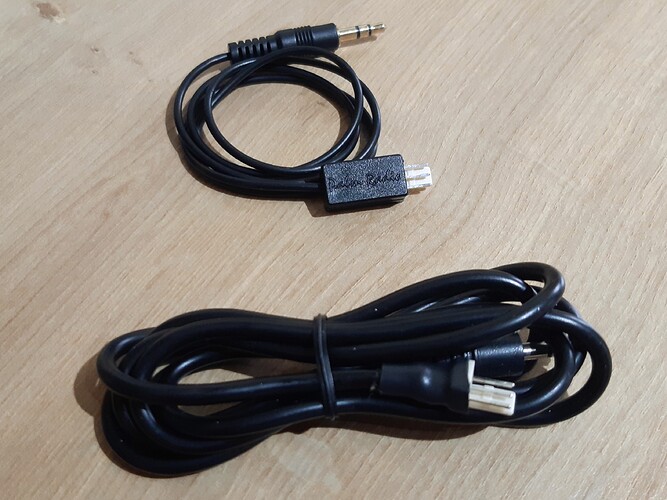 Do you think this will work on a summit if it’s cold and windy?
I remember when I tried to solder something in my backyard with my 40W soldering iron in a cold and breezy day and I found that the iron wasn’t even able to melt the tin (Sn), so I had to borrow a more powerful iron from one of my neighbours to do the work.
73,

The “unknown” connector on the original Palm Paddle is a standard Molex 0.1in PCB plug and socket. The parts are available from all good electronics suppliers such as Farnell, RS, Mouser, Digi-Key etc.

The original Palm cable was a sturdy cable with a 3.5mm stereo jack and Molex 3 pin male, mine is 1.2m long and 4mm OD and stiff. These receive much criticism as the Molex end would fail as the cable was too sturdy and not flexible enough. Mostly it was user error. Anyway after receiving lots of negative press, Palm offered a free replacement cable. This is about 70cm long and 2mm OD. It feels like it may be silicone cable and is ultra flexible. I can remember talking to Palm at Friedrichshafen saying there must plenty of ham-fisted hams as my cable had done many SOTA activations and hadn’t yet failed. I got a free cable because I hadn’t broken mine!

ISTR the last Palm Paddles., both full size and mini replaced the Molex with a 2.5mm stereo jack plug and socket. So there are 3 cable types.

Despite not breaking mine I was worried mine may fail so I made an ultra light replacement from a Molex connector soldered onto a piece of cable from some Walkman style earphones. I had plenty of these as my kids got through a pair a month and I kept the cables and plugs, it was always the earphones that broke. I then thought why am I carry a heavy cable and a light cable. So I dumped the heavy original and made another ex-Walkman cable. The two cables weigh less that the original Palm cable.

The original copy failed on Andrewhinney Hill last weekend, the soldering to the Molex where it meets a piece of Vero cracked. This cable is at least 10 years old and has been on 400+ activations. I must make my cables better so they last longer.

Thinking of field failures since December 2006.

So I think carrying the Swiss Army knife, Leatherman and tape has saved enough activations to be worth carrying them. I do understand Andy G8CPZ’s pragmatic solution of carrying less weight as he his 10dbYears older than me. I may do the same should I get that old

Calculated for power or voltage?

As far as I recall, I’ve only had one major failure that couldn’t be remedied with a Swiss army knife and a reel of tape, though on one occasion i was pleased to have wrapped my lunch in aluminium foil as it enabled me to repair the reflector on my 2m yagi. All other failures have been connectors, mainly BNCs. I have noted a significant increase in the risk of failure on multiple summit days when the station has to be set up and dismantled several times over a short time period and keeping to a reasonably tight schedule is paramount.

By the way Andy, I’ve sorted out my tool kit for the next electric handbag event and it only weighs 285g. 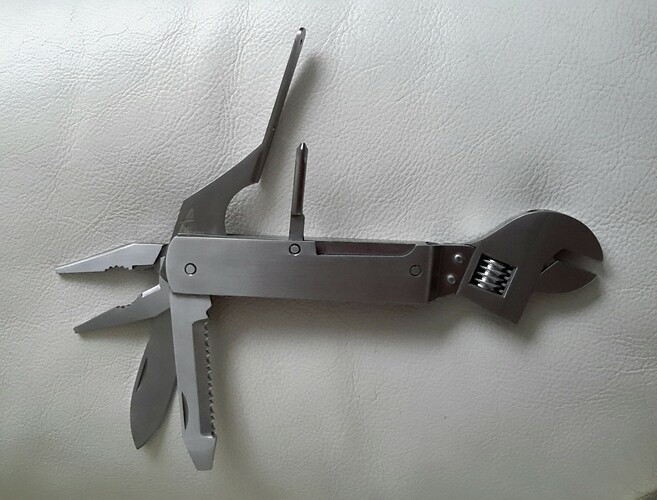 Back in the car:

Were those Bosun’s Call/pipe used in the Spanish Navy as well as ours?

Hi David,
I asked my ex-wife step-brother and he told me not only that the one I showed in the picture of my post above was used by my ex-wife father while he was Boatswain of the School Ship* Juan Sebastian Elcano: 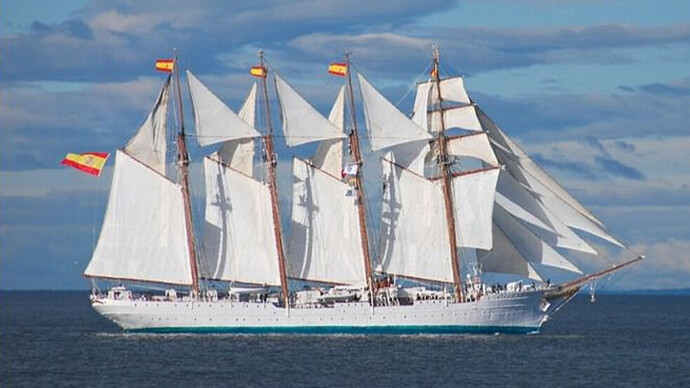 but also told me that the Spanish Navy used to have and use them.

(*) I’m not sure about the expression School Ship. I tried to find the right expression in English but I couldn’t, so I made a literal translation from the Spanish “Buque Escuela”.
In summary is a training Ship for the future Navy officials.
I remember when our current King Felipe VI spent some time having his training onboard that ship several years ago.

I found “training ship” and “drill ship”. Btw. you can translate your wording “School Ship” one by one in German language: “Schulschiff”.

Perfect Guru. School ship would translate in English as a “Sail Training Ship”,

Thanks for the information. interesting to know that the Spanish Navy (armarda?)used them too. I wonder whether yours was used by the Uk or by Spain? Its looks pretty old - It must have an interesting history.
David

Like many others, I mainly use a Swiss Army knife and/or a Leatherman Micra. 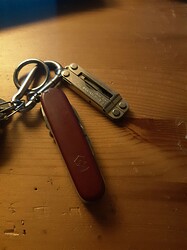 So far, these have been quite sufficient to carry out repairs on various wires. Otherwise, I always have these flexible cable ties (cable-fix) and a pin screwdriver in my luggage. 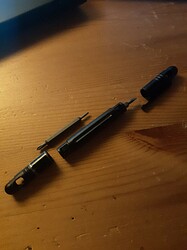 All together very light and sufficient for quick repairs and fixes.

At my (old) age, a lighter rucksack makes every activation more enjoyable. If, one day it happens, so be it, I would have enjoyed the walk anyway.

My philosophy too Andy; the only “spare” I carry is the 2m HH in the hope of getting the one essential contact in case of HF failure.

However, the holiday spare/repair kit is fairly comprehensive and the car does the hard work of carrying it for me.
73,
Rod

I wonder whether yours was used by the Uk or by Spain?

I’d say by Spain, at least while it was owned by my ex-wife’s father.

It must have an interesting history.

I think so too.

Do you think this will work on a summit if it’s cold and windy?

By experience from a windy summit at approx. +5 degrees: for something small like a broken wire or a small connector, it does. I still soldered it again properly when I came home, but it was sufficient to rescue the activation.