Matt HB9FVF was only missing 5 points to reach Mountain Goat, so he wanted to do something special. He chose to do the first activation of Tödi (Piz Russein) HB/GL-001 3614 m. I had the opportunity to join him on this activation, so here is my account of how we ended up with a rig and an antenna on this high alpine summit.

Quick facts: Tödi is the highest mountain in the Glarus Alps and the highest summit in the canton of Glarus (HB/GL). Its prominence is 1570 m, and it thus qualifies as an “Ultra”.

The hut was closed, but we were allowed to use the separate winter shelter, which was left open. We were alone that night, and the hut keeper had told us on the phone that nobody had ascended Tödi the weekend before due to unfavorable conditions.

We settled in, ate the “dinner” that we had brought, melted some snow on the wood stove so we would have water for the next day, and went to bed at 9 pm.

The alarm clock went off at 3:30 am, and we were ready and out of the hut at 4:00 am. This early start was deemed responsible as the danger of wet-snow avalanches due to daytime warming was forecasted to reach a “considerable” level according to the avalanche bulletin (in retrospect, it would have been better to start even earlier).

We walked down a slope onto the Biferten glacier, roped up, and set off in the dark with headlamps. Soon, two icefalls had to be negotiated; luckily there was a good trace, and as it had been a clear and starry night, the snow crust was excellent and we had no troubles with our snowshoes on the steep slopes between the icefalls, and made quick progress up the glacier.

At the break of dawn, above the icefalls on around 2800 m, we had breakfast. Then we continued towards the summit, still on excellent snow, and reached Tödi at 09:25 am. As expected, there was a sharp wind on the summit, so we hurriedly took a few pictures, signed the summit book, strung an EFHW between the summit cross and an avalanche probe, connected the KX1, and Matt was on air at 09:40 for about 15 minutes. I took over for another ten minutes on 40m and concluded with an S2S with @HB9BIN, while Matt worked our Austrian friends @OE9HRV and @OE9TKH on 2m from the HT. At 10:05, we went QRT. Apologies to chasers who didn’t get a QSO; it was quite uncomfortable on the summit, and we wanted to start the descent as quickly as possible – so only 40m this time.

The initial descent was quick and unproblematic, as the snow crust was still quite hard above 3000 m. We even got to use the little plastic snow sleds that Matt had brought for a quicker and easier descent with some fun factor. After that, things went downhill – in more sense than one! Just above the icefalls, the snow had already become very soft and wet, and descending became strenuous. In the steep slopes between the icefalls, we had to be careful not to slip or slide down, and made good use of our ice axes. Below the icefalls, things were better, and we continued until the end of the glacier, roped down, and then it was basically just a long mixed snowshoe/boot hike down to Hintersand 1299 m, for a total descent of about 2300 m on foot that day. Luckily our bikes took us down the remaining 500 m back to the car.

Some photos are at the end of this post, and Matt has also made a video. As we had other things than filming or photographing in mind while in the steeper sections, those bits are unfortunately missing

I would like to thank Matt for the opportunity to join him on this slightly unusual activation! 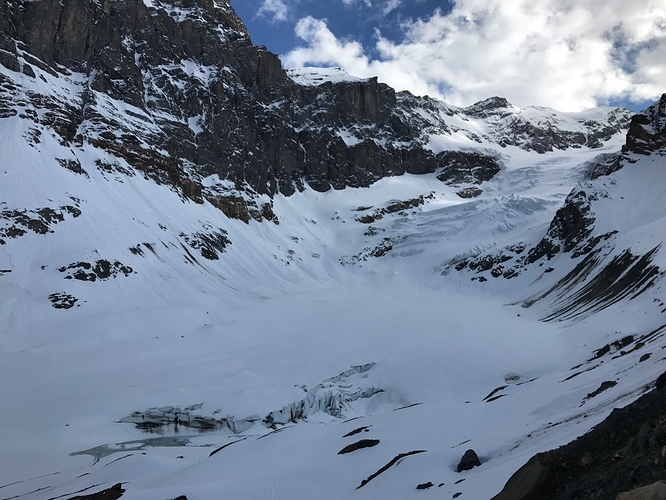 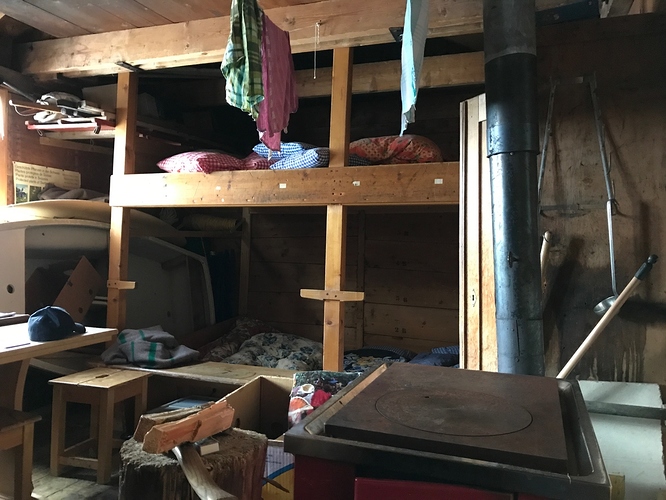 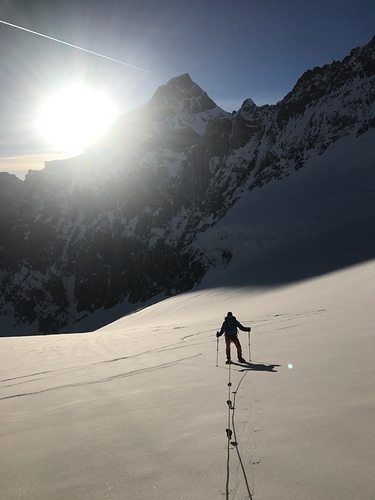 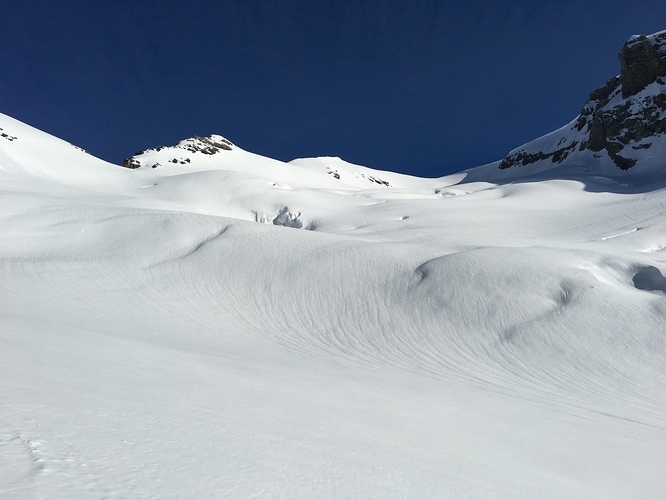 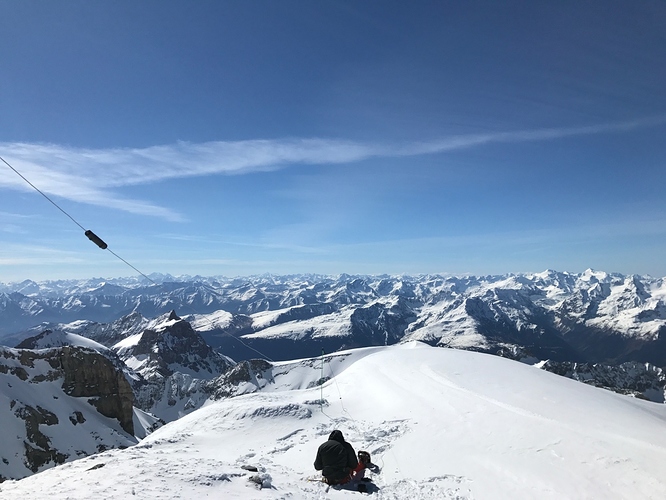 Many thanks Manuel, that you have accompanied me to the Tödi, was a great time! I’m already looking forward to more SOTA tours! Also thank you for writing the report, with my English, that would not be possible so write.

congrats to both of you; great achievement !

Again one of those extraordinary activations! Super achievement!

Congrats to this remarkable achievement. Double MG must be on not yet activated Matterhorn HB/VS-006,

What a superb achievement, both the mountain goat and a first time activation of a big mountain. Congrats on the video diary, I felt to be with you, I watched it 3 times. Please can I use your WX for my next activation!
Look for you on VS-006.

We observed the avalanche report and the weather days before. And for this activation the Tuesday was just ufb WX, I wish you the same for your activations. 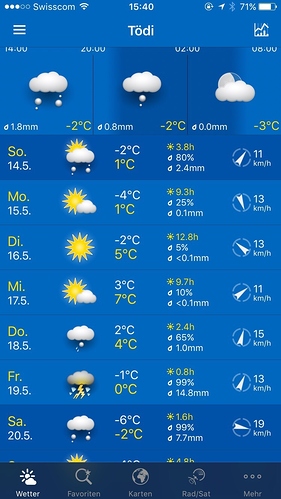 What a beautiful activation! Thanks for posting this.

What a fantastic adventure! Thanks for sharing.

Extremely well done on an excellent achievement both of you. I guess the phrase “follow that!” comes to mind.

Nice ! thanks for sharing.

Hi Manuel and Matthias
Congratulation and tks to both for the S2S QSOs between HB/GL-001 and HB/LU-027!
73 de HB9BIN, Juerg