This afternoon on Glas Maol GM/ES-012

I’m not writing this as an activation report as such, as this was recently covered by Andy @mm0fmf in one of his "escapes’ from a previous lockdown last year. Its more of a band condition report for today.

I’ve done this a few times. Once was in quite thick mist when I was new to SOTA and hillwalking which was fun. The second when it was around -7C in the car park and damn silly cold at the top, shortly followed by the mist descending and no view again. The WX forecast was excellent for today. For me it’s motorway to Perth, A94 to Blairgowrie and A93 to Glen Shee ski centre. I used to hate the A93 it’s windy, bumpy and there’s nowhere to overtake. Then I bought a car that had big engine and a sil…

I finished work early today, drove to Glenshee and 50 mins. after leaving the car I was sitting in the summit shelter of Glas Maol shielded from the strong SW breeze on an otherwise stunning afternoon of blue skies and warm sun. 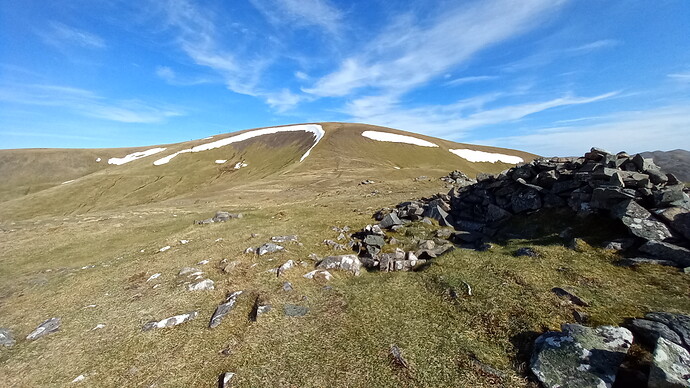 I was looking for an easy half hour of contacts on 40m and maybe 20m ssb if time allowed. I was shamefully just there for the points.

It didn’t turn out as planned.

40m was awful, with qsb. I made four contacts with difficulty. The band just died.

I dropped the inverted V and unplugged the links.

20m was worse. Very deep qsb. I had signals banging in from SV Greece, EA Spain & OH Finland, so better DX than on 40m, but they would drop like a stone halfway through a contact. I made seven borderline contacts. One took about four minutes. I was receiving 5/9 reports at times but sending 3/3.

Meanwhile my yaesu ft-3d was sitting on the trig point, chirping away as it received APRS packets. When I inspected the screen I could see they were coming from all over the place. 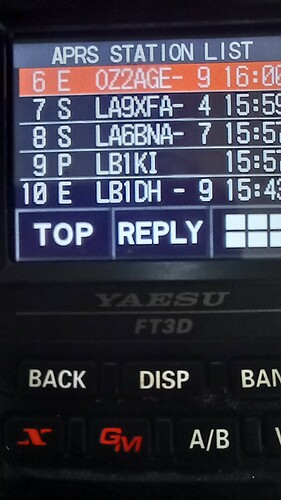 I optimistically called CQ on the 2m calling channel for 5 minutes. No joy.

I broke the kit down and headed back to the car park. Total time for the expedition was 2 hours 45 mins, so a nice afternoon or evening on a hill for someone staying locally.

In summary, great easy and short hike for 8 deeply unsatisfactory points, but hey that’s sometimes the way it is! Thanks to everyone who tried.

I wonder if anyone experienced better conditions than I?

and 50 mins. after leaving the car I was sitting in the summit shelter

50mins? You need lead boots. And a few anvils in your bag.

2m was probably Tropo from the high pressure over the North Sea. There’s spots for MM1FEO in IP90 (Shetland) working OZ9’s on 2m this afternoon.

Well here’s me banging on about 2m ssb all the time and I never took my yagi with me…shameful.

Hi, pretty similar hf conditions on GM/SS-094 but better luck on 2m with a good call to the lakes (Mell Fell) using a Wouxun handy and 770 antenna on FM. Just the one 2m ssb although by the time I managed to get a signal to self spot, a nice qso was active on the frequency ha ha.

Well done Alan. I was thinking of doing Glas Maol 2m only, but bottled it!

My chasing experience today confirms what you describe, Fraser. I chased activators with very poor signals, deep, rapid QSB and lots of QRN.
The TV reported something like over 40K lightning strikes on Spain over the last [whatever] few hours.
Let’s hope things will be better tomorrow.
73,

I eventually got raround to uploading my short video of this QSB filled activation, which was otherwise a reasonable short and simple hike. 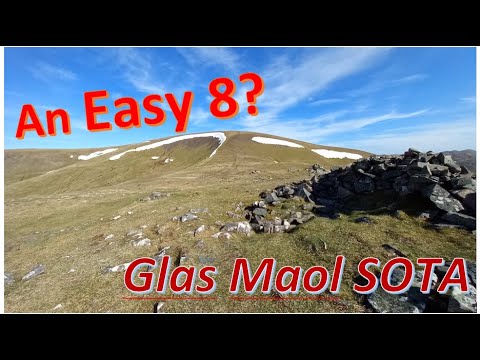 Great video, got it on the telly just now, I might have to try a post-work Munro once I’m back in the Westhill office more regularly, had my first day back this week!

As an aside, I’ve stuck together a 2/6m moxon that should be backpackable, so you might have someone localish to 2m SSB with when I’m not on the hills myself, I’ve just about got line of sight to the Lecht with this new QTH. I need to make a habit of keeping an eye on alerts!

Where have you move to? I also work in Westhill BTW.

Moved to the ‘top of the hill’ in bridge of Don, I’ve got great takeoff east, south and west. North too but my house is in the way!

We’ll have to hit a post work hill at some point with a common starting point!