Don’t know what recording you checked against but there’s several on YouTube, some remastered to decent audio quality and some really bad.

I’ve got the original on vinyl. Same with a lot of Floyd and Genesis of that era. In some cases I’ve compared them to “remastered” versions and found quite important differences, but the remastered ones at least have much cleaner stereo.

I’ve passed your website on to my son Andrew, since changing his bass for one he is more comfortable with he has made great strides and will really appreciate your hard work.

Out of interest, how did the CEO check your gear, visual inspection or hooking up to test gear?
Cheers
John
m0vaz

Visual. He said he was expecting much bigger gear. When I showed him the FT-817 and FT70D, and demonstrated that they both turned on from internal batteries, he said all he really needed to check were the chargers. I brought both down to him - both are the ones supplied with the rigs when bought new. He could see immediately that they were dedicated manufacturer supplied chargers, and he at that point said “I’m happy, you’re good to use this equipment”.

The Captain had already seen a detailed request from me, and seen a copy of my licence, so most of the process had already been completed. The Captain just said that he wanted his electrical officer to confirm the electrical safety condition of the gear, and with that, permission was granted.

And the first SOTA chase from M1EYP/MM from the Spirit of Adventure cruise ship is:

Set up on Deck 14 (observation deck) at the front of the ship. Lovely sunny day. 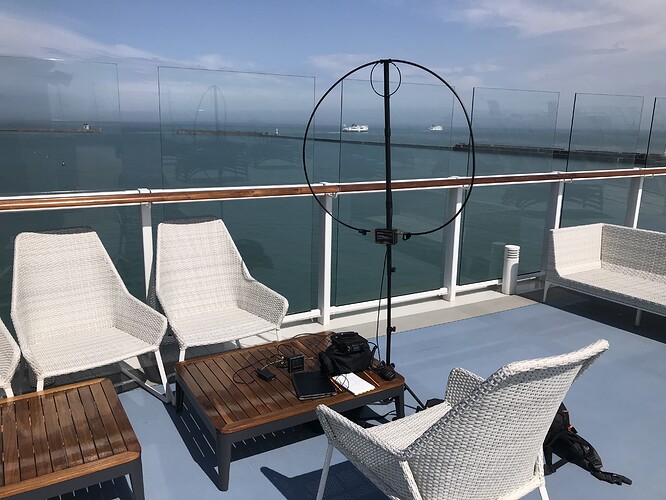 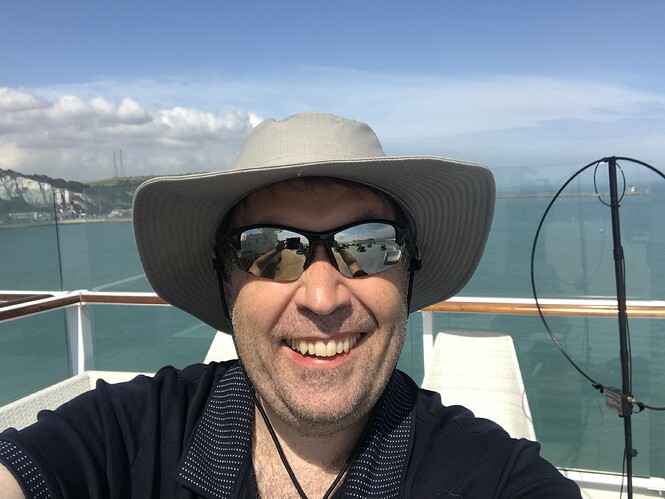 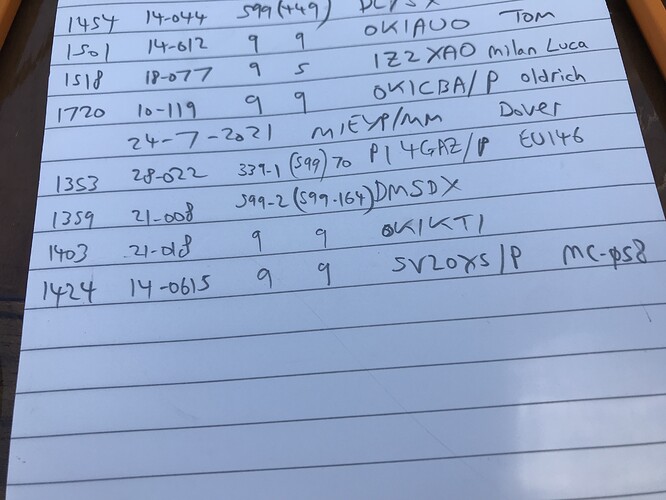 What’s the band like, Tom, what sort of line-up is there?

Hi Tom,
It’s great to see you playing radio from the ship.
I’ve got back home from hospital a few hours ago and I’ve also been chasing some SOTA after a whole week not doing it.
If you are still QRV, let’s know a frequency and time and I’ll try to contact you.
Conditions seem to be really tough according to the inexistent or very weak signals received form the SOTA activators spotted on SOTAwatch so far. Only Roger F5LKW was a solid 599 on 40m and George SV2NCH not at all that strong on 20m but he was copiable with no problems.
73,

Just worked the SOTA station in YU on 20m and before that had my CQ answered - and QSO completed with BH1TSU, Beijing.

Thank you, Tom!
It wasn’t the best of the copies we’ve ever had but good enough to be properly logged.
I forgot asking you about your QTH Locator…
[edit] but I saw in your previously posted log picture that you are in Dover, aren’t you?

Hi Guru, good to see you back home and feeling better.

In VK3 we are in lock down till Wednesday,

staying at home all the time and itching to get out. I know how you must feel. Stay safe and well.

Hi Tom, great to hear you’re operating MM. How have you found that loop you are using? Tell me more about it.

So far I’m pretty impressed with it. It’s by far the most effective compact multiband solution I’ve tried. In the past I’ve been sceptical about whether these kinds of products are worth the money, but this one is good.

Put it this way, I’m using 5 watts from an FT-817 on board the ship, and China and Brazil were in the log yesterday.