I find myself far less bothered about sunspots, SFI or the position in the solar cycle these days. Even through the trough of the minimum, DX has been regularly available on efficient modes like CW and FT8, or easily available through the Sunday afternoon segment of major international weekend contests.

The interesting thing now for me, having found methods of DX success through the minimum, will be what I’m able to enjoy in the next maximum!

Kent in 1975 thru 1980 10m was open around the clock even in your mobile you could fill up a shoe box everyday with qsl cards. 20m would open up ant 10 AM and stay open until after midnight 15m was alive very much also it is hard to believe what it is like today after going through those years good luck with your quest and amateur radio 72/73 Bud. Ps we had quite hours on 160m and power restrictions. Also there was no dxwatch until 2005 qrz came along in 1992 so there was no spotting you would send your address over the air to receive a qsl card and use your VFO to find stations talk about fun it sure was.

Solar Region 2778 has grown in size and complexity in the last several hours. Essentially a new bipolar sunspot group has emerged to the northeast of the original sunspot group. This creates a more interesting magnetic setup, and the new group appears to be growing fast.

The yellow images called HMI Intensitygram Flattened show the sunpots best. Images in various other XUV wavelengths and combinations are available, as well as magnetograms.

We may have an interesting ride the next day or two, as the solar flux is already up to 88 on NOAA’s website:

The solar flux correlates with the XUV radiation responsible for ionizing earth’s upper atmosphere, which enhances HF and VHF skip, and opens the bands for DX. The bands change considerably during the day, compared to conditions with the quiet sun, when the solar flux goes up from the base levels - near 68 - to near 90, or higher.

The new Solar Cycle 25 is really alive! It’s here - NOW! It probably will get much better soon as well.

On the NOAA website the X-ray levels are also shown, and these correlate with ionization.

I’m going to get out my snowshoes tomorrow morning and see how the bands are doing from a nearby local peak. I hope some of you will be there across the oceans and elsewhere for possible DX on 20, 17, and 15M.

Now I need to get going and make a new tuner and antenna for 10-12-15M, as I have mostly ignored these bands for the past few years. Motivation may come tomorrow!

Kent, watch my video of an activation in South Scotland to see what is possible with a few more sunspots. The activation was on 12m with a simple wire dipole. No West Coast worked as it was December and it got dark around 1530 GMT. Furthest West was TX & OK. The contacts start about 4 mins in.
Steve. 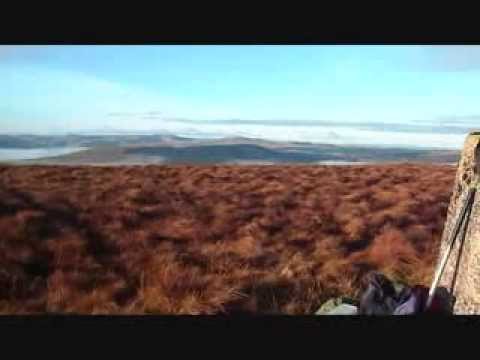 I was on the Rotündlberg (OE/ST-401) today and thought I’d start on 15m, what with all the excitement about new sunspots. I was very pleasantly surprised: 15m was open to the EU, as was 17m. That said, it is saying there was some sporadic E today on QRZ. I did get one NA DX on 20m, so not just EU. I also managed to equal my personal record of 79 QSOs in one sitting, first set on 03/01/2018. 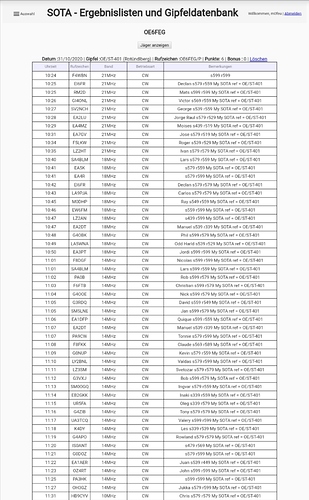 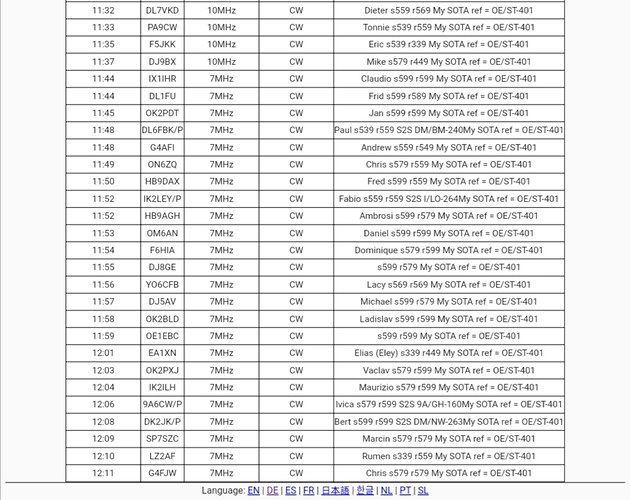 The summit of the Rotündlberg is a beautiful place to activate: 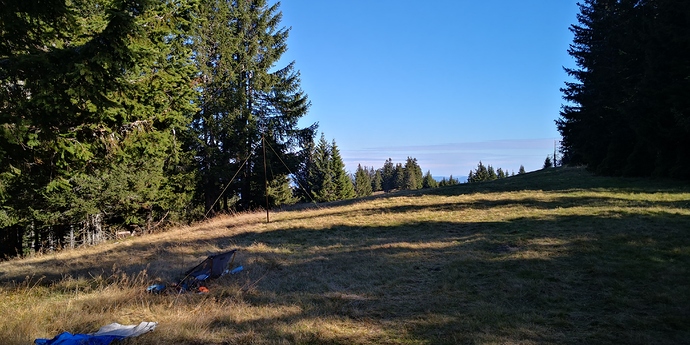 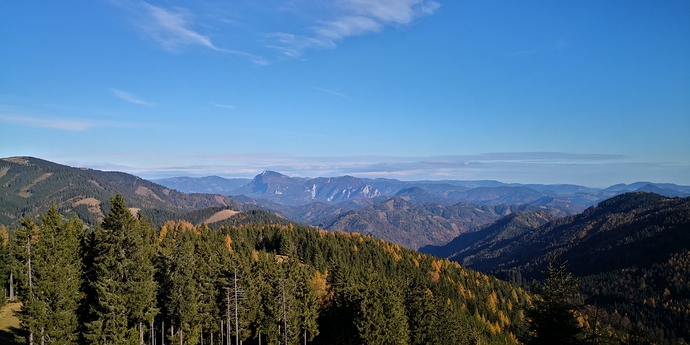 I even had time for a sandwich and a flask of tea in between all the action. I am, in fact, starting to feel a bit more positive about next year.
73 de OE6FEG
Matt

Hi all
Seen on the last ARRL Letter :

A research paper, “Overlapping Magnetic Activity Cycles and the Sunspot Number: Forecasting Sunspot Cycle 25 Amplitude,” by Scott W. McIntosh, Deputy Director of the National Center for Atmospheric Research in Boulder, et al., has concluded that Solar Cycle 25 could be among the strongest sunspot cycles ever observed, and will almost certainly be stronger than the just-ended Solar Cycle 24 (sunspot number of 116). The scientists say it will also most likely be stronger than Solar Cycle 23 (sunspot number of 180). As the abstract explains:

"The sun exhibits a well-observed modulation in the number of spots on its disk over a period of about 11 years. From the dawn of modern observational astronomy, sunspots have presented a challenge to understanding – their quasi-periodic variation in number, first noted 175 years ago, stimulates community-wide interest to this day. A large number of techniques are able to explain the temporal landmarks, (geometric) shape, and amplitude of sunspot ‘cycles;’ however, forecasting these features accurately in advance remains elusive.

"Recent observationally motivated studies have illustrated a relationship between the sun’s 22-year magnetic cycle and the production of the sunspot cycle landmarks and patterns, but not the amplitude of the sunspot cycle. Using (discrete) Hilbert transforms on more than 270 years of (monthly) sunspot numbers, we robustly identify the so-called ‘termination’ events that mark the end of the previous 11-year sunspot cycle, the enhancement/acceleration of the present cycle, and the end of 22-year magnetic activity cycles. Using these, we extract a relationship between the temporal spacing of terminators and the magnitude of sunspot cycles.

“Given this relationship and our prediction of a terminator event in 2020, we deduce that Sunspot Cycle 25 could have a magnitude that rivals the top few since records began. This outcome would be in stark contrast to the community consensus estimate of Sunspot Cycle 25 magnitude.”

McIntosh’s recorded presentation of the paper is available. Use passcode z7qCn@3G .

In general I would say with regard to chasers work whatever you can, add lots and lots of patience, do not get stressed by slow progress, help yourself and other chasers, to chase with good quality of operational skills and technique, not messing up things that are already busy (pile ups), activators will highly respect that, and it will add very considerably to their pleasure of activating.

Hi Eric,
Thanks for your calls on Wednesday.

This is a sole scientific group from many who are predicting SC25 to be a record breaking one, while the others are saying it will be similar or even a little worse than SC24.

The prediction method being used by this group is new and as such, not verifyable until the end of SC25 (or at least the peak). From what I have been seeing over the last few weeks however, would suggest to me (I’m not an expert) that this is going to be a very active solar cycle but that as well as meaning some good openings on the higher HF bands could mean some sudden drops in performance as well - at least during the next 6 months or so until we’re well into the cycle.

The ICQ Podcast (which I take part in) had an interview on this point with Dr. Scott a couple of months back, which can be found here: https://www.icqpodcast.com/download-the-show/2020/8/30/icq-podcast-episode-332-exciting-bumper-new-solar-cycle

Hi Patrick,
I feel your pain as regards skip distance! I live a lot closer to the Alps than you do and as a large proportion of the SOTA activations take place in the Alps, it the normal situation that I cannot hear the activators. The best time for me to catch these stations is if the bands are bad and noisy caused by a CME hitting the ionosphere, which appears to shorten the skip distance.

Of course, skip distance is different by the band - so when you can’t hear an activator on 20m, if he (or she) moves to 40m there is a very good chance that you will be able to make the contact.

I try to work as many chasers as I can hear but as more stations come onto 40m within Europe, it is becoming difficult to find and hold a clear frequency and quite honestly the behaviour of some chasers on Wednesday when I was out was totally unacceptable, calling not only over other chasers who were in QSO with me but also on top of me replying to chasers. If you can’t hear an activator, don’t call just because others are calling!

High solar activity leads to more frequent appearances of strange effects like very short skip and on the higher bands round the world echoes, as well as disturbed conditions from CME impacts, not to mention complete shutdowns from major flares. I look at it this way, if you lose the Alpine activations you gain them from further away, working American activations becomes easier for instance. Its best, then, not to look on the gloomy side, remember “if fate brings you lemons, make lemonade”!

Waouuuh ! what a quick jump today … 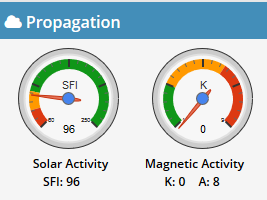 Well, I tried an evening activation today (~3h after sunset) and 40m was absolutely dead… I maybe heard 3 stations on SSB. I thought 40m was a great night band?

Nothing to do with Jesuschrist, but you will see its resurrection in about 3 days from now.
The last weekend of November is when the CQ World Wide CW Contest takes place.
What you’ve experienced must be the calm preceding the big storms…
73, 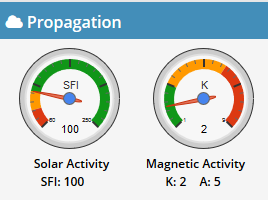 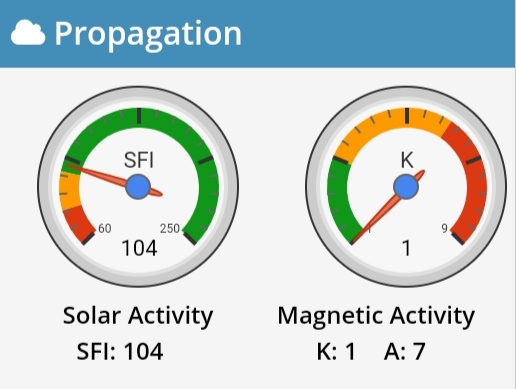 It looks like cycle 25 has made a rocket assisted take-off! There were five active areas with spots yesterday.