This weekend it’s RaDAR. It looks like something that SOTA activators could participate in? 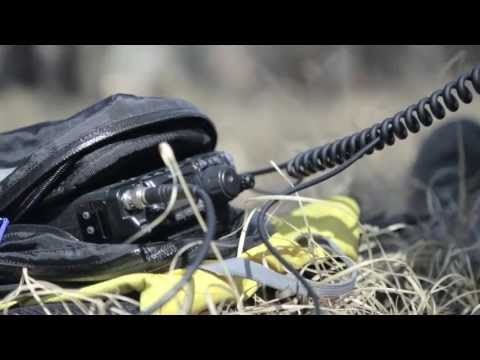 Looks a lot contesti to me. So WARC bands excluded.

I’ve never got to know 8 digits Locator. Just 6 so far.
How can they be found out?
Cheers,

This should be interesting An eight character Maidenhead locator is accurate to about 500 m. Ten characters is about 20 m.

Here is a calculator.

I once wrote a Python program to do the conversion. Glad to share that. This page also offers a program.

Hi Wunder and excuse me, Richard for drifting topic,
I must be doing something wrong.
ON SOTA SMP, I found the exact Lat/Long coordinates of a specific location on the map and I also got the 6 digits maidenhead locator.

I’ve entered those Lat/Long coordinates in the converter you’ve pointed me to here:
http://www.qsl.net/k7jar/Links_files/latlon2grid.html

and I’ve only got the 6 digits Locator, which I already knew from the SMP page and because it’s my birth QTH locator: Is there some way for me to tell this convertion table that I want to have an 8 digits Locator?

Hmm, eight character locators were a later addition to the spec. Looking around the net, almost nothing supports those.

I think that eight and ten digit Maidenhead locators are a bit silly. If that much precision is needed, use UTM.

I must be doing something wrong.

10 digit locators are easy to get with the HamGPS app

So how sharp is the beam width of your piece of copper wire above a slab of PCB material in plastic sandwich box? … and are you entirely sure it doesn’t squint?

Apologies, I didn’t realise you were QRV on 288GHz.

Are you saying it’s not useful for microwaves? The people doing 24GHz and above seem to use them as I suppose they’re less tolerant of the range errors you get with a 6 figure one. I don’t use them but I don’t really consider the playing about I’ve done on 23/13cms really microwaves, more like SHF.

Surely the need for greater accuracy than the standard 6 character reference only comes into play when the distance between the stations is small, hence the tongue in cheek comment about 288GHz. Having operated on 10GHz for a number of years using the hugely inefficient mode of WBFM, I can honestly say there was never any need for more accuracy than the 6 characters with typical antennas being dishes with 30 to 40dB of gain. The situation may be a little different with high efficiency modes such as CW where marginal paths are being attempted, but from what I have seen from a friend operating such modes, the MO is still to roughly align the antennas and then peak them manually.

I just wonder whether there are some that wish to enveil microwave operation in a shroud of mystery. As with most things, there is a load of bull spoken by some while those with a genuine interest just get on with it and encourage others to do likewise.

The use of them is to remove range uncertainty. Two stations in the same 6 fig. locator square can never be more than 12km apart. There’s no definition of where the measurement of distance comes from when using locators, is it the top-left of the square or the centre or what? In the SOTA case it’s the top left and this will give rise to errors. Not just on small distances either.

It’s entirely possible for a pair of stations to be 201km apart which is enough to qualify for SOTA microwave distance award. Yet a calculation based on corners of locator squares may well give a distance of less than 200km due to the inherent lower accuracy of 6fig locators. For S2S QSOs we have the summit lat&long to better than 100m accuracy (the summits team will team you what it is) and these values are used in calculating distances.

We have already answered an activator’s query about this. He assumed it was 6fig locator inaccuracy giving different values for the “same” QSO to S2S values. So 8 figure and 10 figure locators remove the resolution error. When I put the original distance code in I used the same bit of code I wrote (originally C for an 8086 small model, then ANSI C, then Java, then C# dating to 1996). It only handles 6 figures. The other day Christophe ON6ZQ @ON6ZQ suggested it should be called LOC not QRA in the magic comment you add and I think adding LOC as well is justified. TBH QRA means the old QN65c type system to many greybeards amongst us. I was going to make it support 8 and 10 figs at the same time.

Wunder did ask why people don’t give a more accurate lat&long if they need such accuracy and I think the reason for extending 6fig locators to 8 or 10 is based on the fact VHF and above hams are all conversant with exchanging locators already and humans often find it easier to exchange a repeating and patterned set of characters such IO92FN64JG than 52.7542, -1.8523. You can quickly see you have transcribed it correctly because it goes 2xalpha, 2xnumeric, 2xalpha, 2xnumeric, 2xalpha. It’s harder to spot with pure numbers.

… a calculation based on corners of locator squares…

My understanding is that calculations are usually taken to the centre of the square, for example in contest scoring. I have never known a corner being the parameter, indeed which one of the four would it be?

In SOTA we do benefit from a more accurate system in using lat and long. One could then ask where the activator is located relative to the actual summit since some AZs are huge. It would be a matter of trust that the claimed position is where the activation took place from.

At the end of the day, amateur radio is a pastime. No-one’s livelihood depends on it (traders might say otherwise). In operational terms, like many other things it is open to an element of… well, let’s call it bending of the truth for undeserved gain. However, I can’t see there being many instances where a claim is deliberately engineered to stretch the distance a bit to achieve a figure of more than 200km. The claim would be closely scrutinised anyway.

To my mind anything more than a six character reference is OTT and it does not accord with common practice. I am all for KISS principles. My question is, “do we need to complicate matters?”

usually taken to the centre of the square

Centre or corner the resolution is the same. All that changes is an offset. The offset will be in a direction you want (beneficial) as often as it in the direction you don’t want (detrimental).

Hi Andy,
The page you pointed me to is for calculating distance and bearing between 2 given Locators. These 2 given Locators can be entered under 6, 8 or 10 digits format.
It’s not exactly what I was looking for. I was looking for an application where after introducing Lat/Long coordinates or after clicking on a point in the map, the 10 digits Locator be returned, as the SOTA SMP and other sites do with 6 digits Locator.

But, at least, after some iterations, this site has let me find out the exact 10 digits Locator of my QTH in Pamplona and such of my summer holidays QTH where I am in Ferrol and the distance between them. 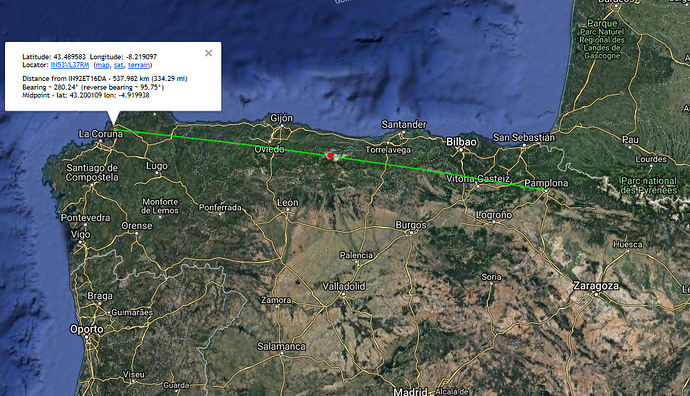 Thank you, Andy and K7FRY!

My question about 8 digits locator came after having read the rules for the RaDAR Activity Weekend, where exchanging of 8 or even 10 digits locator was recomended particularly when using mobile stations in movement.

I wonder how on earth someone operating a mobile station can know the 10 digits Locator of the areas being crossed through during the journey while he is operating his radio?
Any enlightening comments are welcome.

I wonder how on earth someone operating a mobile station can know the 10 digits Locator of the areas being crossed through during the journey while he is operating his radio?

GPS apps for the phone normally. My standalone GPS only gives a 6 figure locator.

or after clicking on a point in the map, the 10 digits Locator be returned

That’s how I used it. Scroll around the map, find somewhere and click. Box shows info and the 10dig square.

I zoomed into somewhere random in Pamplona here and clicked. This is what I get back. The red box shows the area occupied by IN92ET33JE. 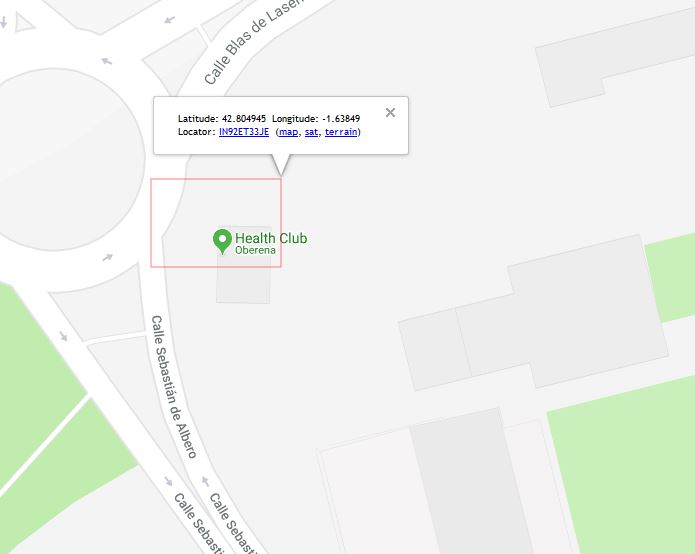