I just saw a reference to the Queen’s Jubilee Pageant and mentions of the licence fee regarding viewing content when outside the UK. Quite happy to keep paying for my TV licence and keeping Channel 4 in public ownership for quality independent broadcasting as well.

Talking to my 61 year old brother yesterday, he’s worked in the motor trade all his life and now repairs other peoples older Rolls Royces in semi retirement from his home to help pay the bills. He’s a petrolhead from birth - encouraged by my late father. He thought the pageant parade was the best thing he’s ever seen on the BBC. I must say I also enjoyed it even though I don’t class myself as a royalist.

As a Royce never breaks but “fails to proceed as expected” he cannot be repairing them. He must be doing “premature servicing requirements” instead

It will be the driver’s fault for braking too hard!

Back in the 1920’s RR cars only had rod operated drum brakes at the rear. This meant they didn’t really stop very well. Royce’s statement at the time was “a good driver does not need good brakes”

Our TV was dusted off twice last weekend. Once for the Saturday night jubilee concert, which was opened by Paddington Bear and what remains of Queen. Then again on Sunday for Countryfile.

I thought both were excellent, although Countryfile edged it!

The van I had in my early twenties was blessed with Bendix self energising brakes on all four wheels, cable and rod operated; they were either on or off! 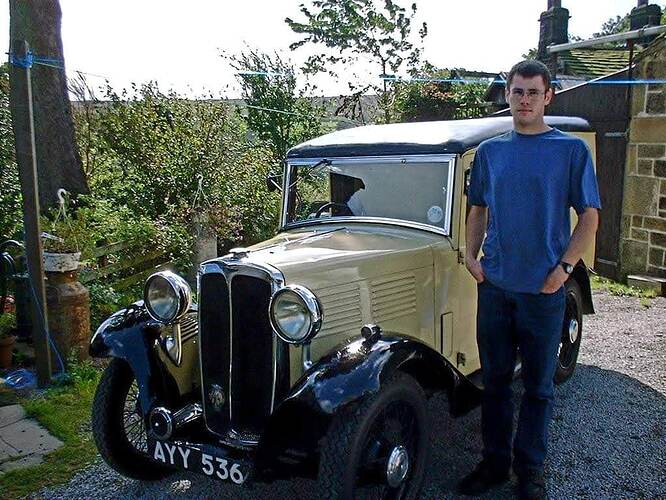 and what remains of Queen

Her Majesty looked well to me considering her advancing years and recent health issues.

It will be the driver’s fault for braking too hard!

s “a good driver does not need good brakes”

Of course you don’t need good brakes in a RR - one expects the riff raff and vulgar working class to get out of one’s way. Doesn’t one?

Hi Phil,
Well it’s possible I could have applied for a commemorative call sign but it wasn’t well publicised so have to use the normal one. At the museum we went to today an early picture of HM was on display at the entrance. It reminded me that at school we had a picture of the King on the wall for many years until replaced by a print similar to the one seen today.