After reading a review of the Efactor Dual-Band 144/432 MHz antenna in the June 2017 issue of QST, I decided to buy one for myself. This antenna is omnidirectional and horizontally polarized for SSB, digital and CW.

I have tentatively planned for Saturday, 29 July 2017 to be my first activation using this antenna. I plan to be on Mount Tamalpais (W6/CC-063), just across the Golden Gate Bridge from San Francisco. I would be most appreciative if any chasers in the Northern California area with SSB capability on these bands would watch for my spots and/or listen for me on that day.

I am looking forward to hearing how this goes. Have considered that antenna also, good reviews and easier on the wallet than M2 loops.

Is there a special reason you want an omni antenna for VHF SSB?

I like omnidirectional here in California for VHF SSB because many summits here have population centers within reasonable distances in multiple directions. Plus, this particular antenna seems interesting and I wanted to try it out.

I am using this several years …
73 Miro OM7SM

Thank you for the link. I already have the Efactor antenna and will try that one first.

I’d like to note that the official SOTA summit is the West Peak, not the (easy to access) East Peak with the road and fire lookout.
As far as I can tell, everyone has activated the wrong peak so far. I think that there are places to get into the AZ on the West Peak without going into the closed areas, but I haven’t had a chance to go check it out myself. I marked some areas on this map: https://caltopo.com/m/V76C
I think a case could be made that the East Peak is higher (it looks higher from nearby peaks), but that’s not what shows in the SOTA database.

I think you may be correct about prior activations. The East Peak with the Fire Lookout and marked trail is the obvious, but wrong place for a SOTA activation.

BTW - I have climbed both the East and West and the East is just a few feet higher than the West. I was told that it was actually a bit higher before it was leveled to build the radar installation. I agree that from Hwy 101 the Easy Peak looks higher. GPS will get you to the correct activation spot!

Have fun. I will be listening.

Oops, I should have said the West Peak is where the radar installation is situated, and that the West Peak is just a few feet higher than the East. KB1KXL’s map pinpoints the stub of the fire road that I consider the best access to the activation zone. Joe AA0BV

There is some historical info, photos, etc. on the air force installation on West Peak. 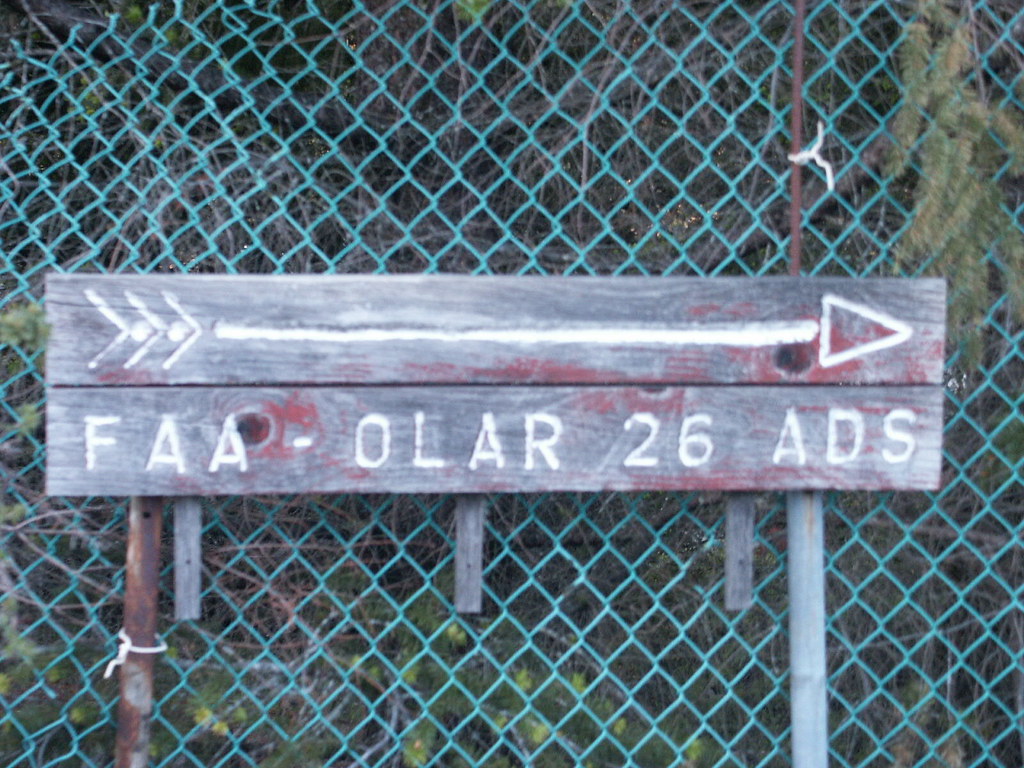 From this video, it looks like the site is fairly accessible.

Thanks for the video. Glad to see the history of this location.

I think this is a video of the Mt. Tamalpais Middle Peak. At several points in the video a golf ball shaped radar dome is visible, not very far from but separated from the middle peak. The East Peak and SOTA activation zone is located at the radar dome with the activation zone extending down toward the road.

From my own personal experience, the east peak definitely seems to be the higher of the two. In my own opinion, that should make it acceptable to activate from it, especially since they are clearly the same mountain. I thought the AZ was based on vertical distance from the summit; is there also maximum “horizontal” requirement (for lack of a better term)? The two peaks are in close proximity to each other, plus there are no other nearby summits that come close to their elevation.

Its just based on vertical distance, but the East peak has too much prominence to be in the activation zone of the West Peak, but not enough to be its own summit.

I agree that East looks higher, and the state park and Peaklist agree: https://www.parks.ca.gov/pages/471/files/MountTamalpaisSPFinalWebLayout110816.pdf
http://www.peaklist.org/CAmtnatlas/tables/eddy/tamalpais.html
However, Lists of John and Summit Post say West is higher.
https://listsofjohn.com/searchres?c=326&sort=&r=y&State=CA
http://www.summitpost.org/mount-tamalpais/150862

The W6 ARM says they used peaklist and listsofjohn to get the initial list of peaks, but since then it looks like they’ve only used listsofjohn which says West. From the views I’ve had on recent activations in Marin, East looks higher. 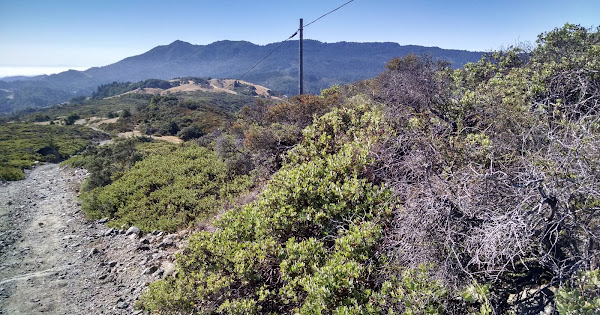 West Peak is behind the pole. 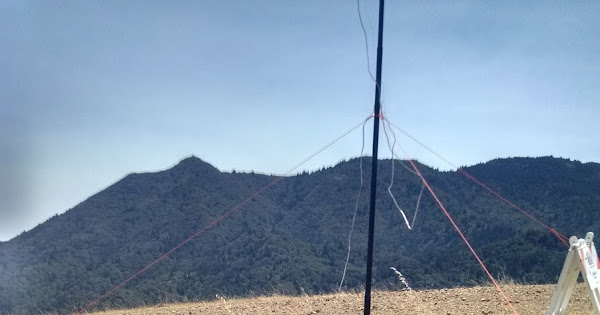 East peak on the left.

P.S. - sorry for hijacking your thread.

Put another way, if you travel on the most elevated path from the highest peak to the lower one, the point where that path first dips below the higher peak by any more than the 25m (or 80ft) defines the outer border of the activation zone.

The horizontal separation does not matter.

This is based on my understanding of the prominence rules. Subject to being overruled by a more elevated authority.

I did some searches at the USGS Geonames database. They consider Mount Tamalpais a “ridge” feature and give the elevation of the center point (saddle). You need to search for “west peak” and “east peak” in Marin County, California.

They publish elevation data from the National Elevation Dataset.

The links to the Geonames feature pages are a little wonky. The instructions for cleaning them up don’t match the URLs in the current site. Let’s hope these work.

The most recent USGS PDF map (32 Mb!) does not give elevations for either peak.

This is a TIFF of an earlier map which does shown an elevation for East Peak. Just checked GaiaGPS.com and they give 2572 feet for East Peak and 2552 for West Peak.

Maybe we should all visit each peak with our own GPS units and volunteer more elevations.

The saddle between the peaks is roughly 300 feet lower than the peaks.

They publish elevation data from the National Elevation Dataset.

The links to the Geonames feature pages are a little wonky. The instructions for cleaning them up don’t match the URLs in the current site. Let’s hope these work.

This data seems more official than that of the sites I was looking at.

It seems like the consensus is that the East Peak is higher. Who do we ask to argue for a SOTA database update? And in the mean time do we have to activate West Peak to be correct?

Or we could activate both on the same day for double the fun and one of them would surely be acceptable to SOTA. I would be interesting for the coordinator of W6/CC to provide the elevated response.
I do not recall my exact results but I did visit both peaks on the same day and to my surprise the GPS on my Th-D72A showed the East was about 3-4 feet lower than the west.
The history lesson in an earlier post shows that until the radar installation the West peak was 31 feet higher - they moved a lot of dirt to flatten the top - so on historical data that would make the original height of the West Peak the highest point.
Personally, I am glad that there are volunteer leaders to identify and certify the peaks for us - all I truly want to do is climb summits and play with radios!

Looking at Google Earth and using the polygon fill method, it looks as if the West Peak is about 1 m higher than East Peak. The saddle between is well below the activation zone limit, so it can only be one peak or the other. I guess that the SRTM data used by Google Earth might be near its resolution limits… Interesting issue. Until some data gives cause to change the SOTA location, it is clear that the West Peak is the one to activate at present for SOTA.