In the middle of a quite severe heat wave affecting some Northern neighbour countries like the UK, we, in the NW coast of Spain had a very cloudy and windy day with just 15 degrees making it quite unpleasant for a long activation like the one I carried out.
I drove from Ferrol city, where we are living in during our summer holidays, the nearly 40-45Km to the hike start point you’ll see marked with the red arrow on the following map: 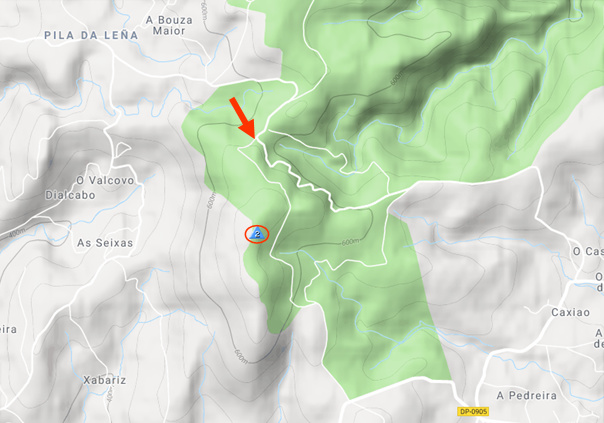 In this picture you’ll see my car parked by the road bend and the start of the easy track to the summit. 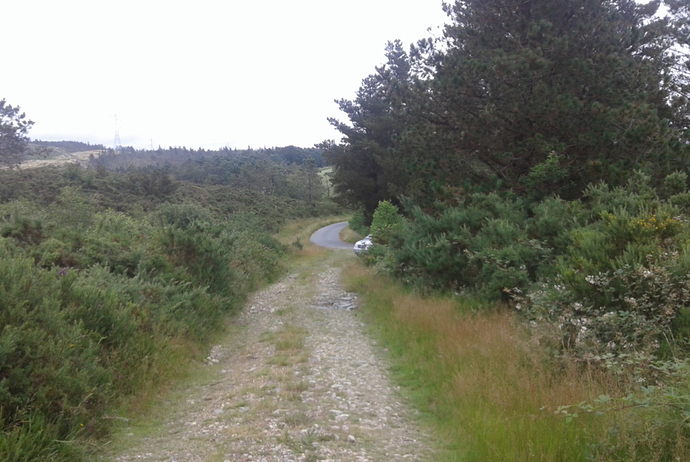 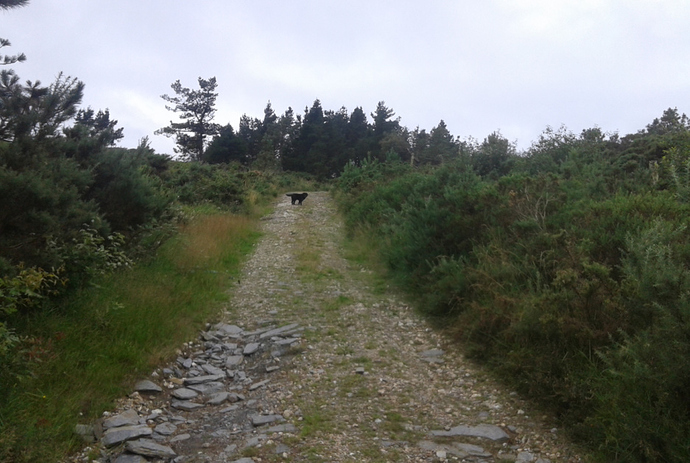 After a few minutes walking, the summit becomes visible with its telecommunication towers: 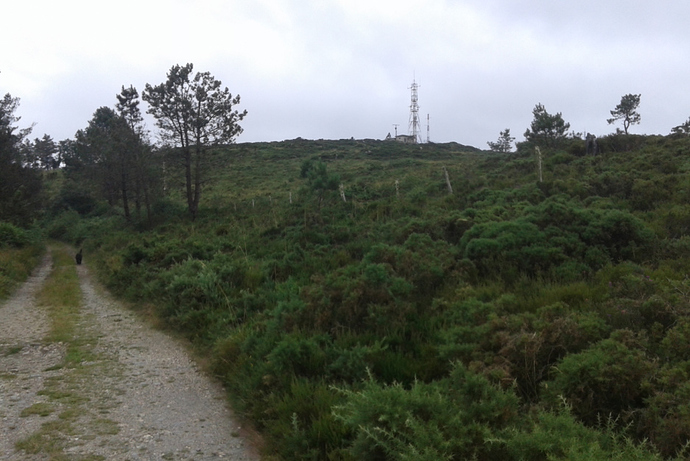 Just a brief and easy hike of 17 minutes until we reached the summit trig point raising big curiosity among the pretty big horned cows peacefully chewing grass over there. 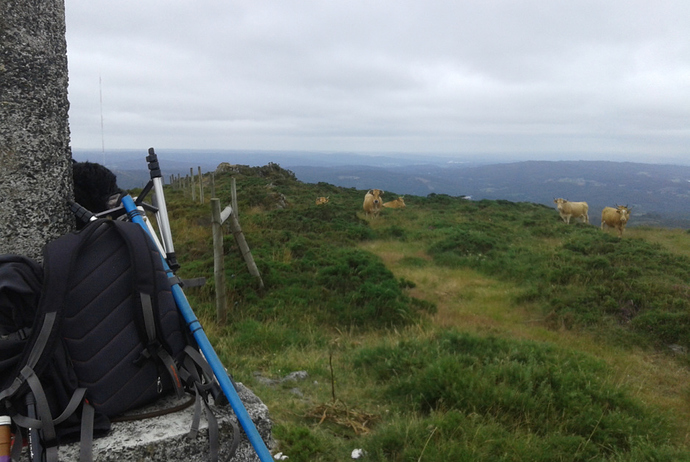 I felt a bit threatened at first and before starting to set up, I cautiously waited a few minutes to see how the cows behaved to our presence. They all were steadily staring at us but they were were all still. At one point one of them approached us while looking in a threatening way, but my loyal companion Lucho, the dog, started to bark and approached the cow very effectively making her to move back to a safer distance.

While I was working on 30m, I wasn’t having too many chasers and I saw on SOTAwatch an activator spotted on 20m CW, so I QSYed to call and complete S2S QSO with Kjell LA1MFA. 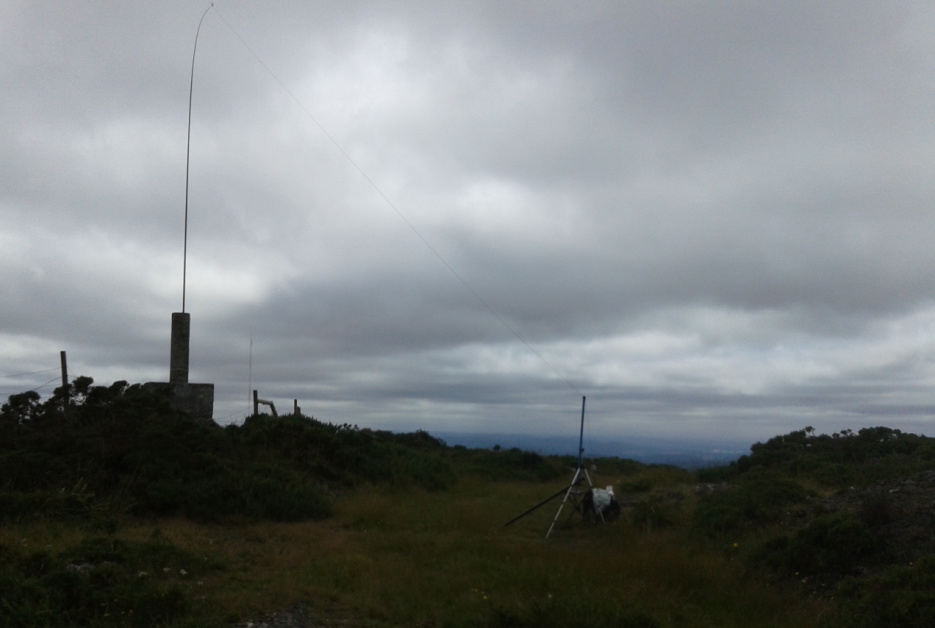 The picture is too dark due to the Sun position by that time, but I took it that way because I wanted you to see that the cows were all gone. They remained still staring at me for more that one hour while I was working CW, which means in complete silence because I always work with earplugs, and they only left when I started shouting out loud to the microphone during my 20m SSB operation. This reveals how annoying an SSB operator like me ca be in a quiet peaceful summit…

Let me highlight the 6 QSOs made with Mario DJ2MX on all these frequencies and modes 24-cw, 21-cw, 18-cw 14-cw-ssb and 10-cw. It was very interesting because it showed how propagation conditions between us were open on all those bands and times.

After nearly 2.5 hours on air from this windy summit, with 54 QSOs in my log and feeling pretty cold, I decided to QRT, pack up and descend.
This is the full log: 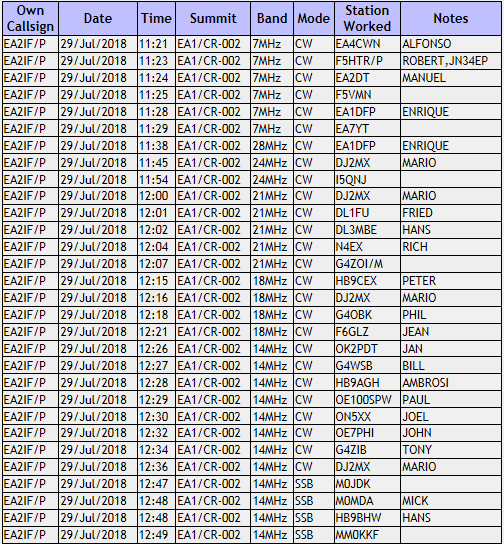 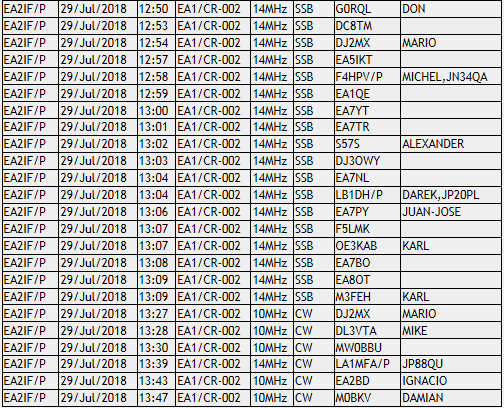 I quick selfie before leaving the summit area: 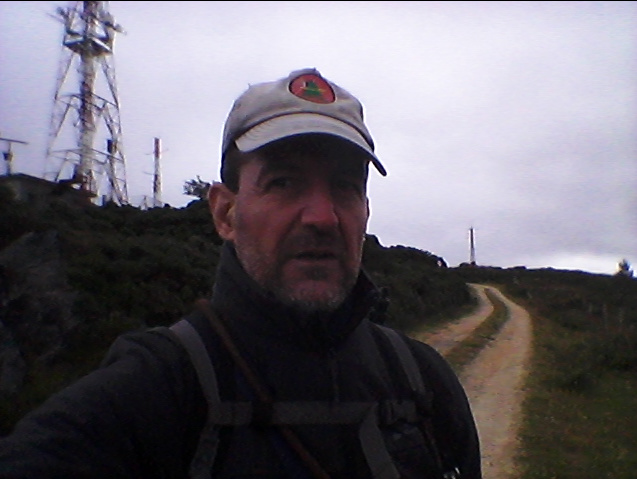 Despite the WX being not exactly ideal, I enjoyed very much this activation.

Thank you very, very much to all chasers for your calls and QSOs.

I’ll be looking forward to copying you all again very soon from another summit in EA1/CR as long as WX decides to cooperate a bit, as it’s raining very much right now.