I went out to Mt. Iguste today with my son and his best friend David and I took my rucksack with the SOTA kit inside, just in case…
I won’t explain anything about the location of this summit as you can review that info in my last year activation report:

The sky looked very cloudy today, but the forecast said it wouldn’t rain, so I decided to go out and activate an easy 2 pointer which I hadn’t activated since February 2017 and is about 30Km SouthWest of my QTH in Pamplona. >El cielo se veía muy nublado hoy, pero la previsión decía que no llovería, así que decidí salir a activar una cima fácil de 2 puntos que no había activado desde febrero 2017 y está a unos 30Km al Suroeste de mi QTH en Pamplona. [imagen] As I did in 2017, I left the road N…


The two boys are good fans of the Roman Empire and that’s why, before starting the hike, I took them to see and walk on an authentic Roman road at the Alto de Guirguillano: 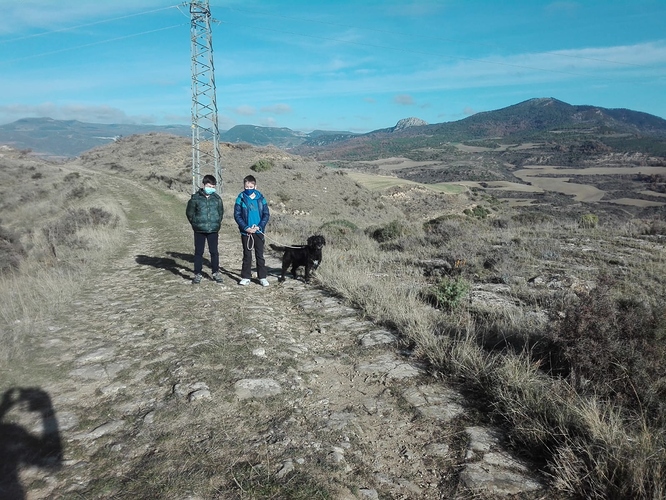 IMG-20201129-WA00021600×1200 351 KB
From that point, we entered on a mountain dirt road and after a short drive on 4x4, we reached the start point of the hike.
The easy hike was pleasant with nice weather and I was well entertained with the two 10 years old friends conversation about their usual Play Station online games, their favorite youtubers and things like that; things I couldn’t even imagine when I was their age.
We had this view of Alloz water reservoir: 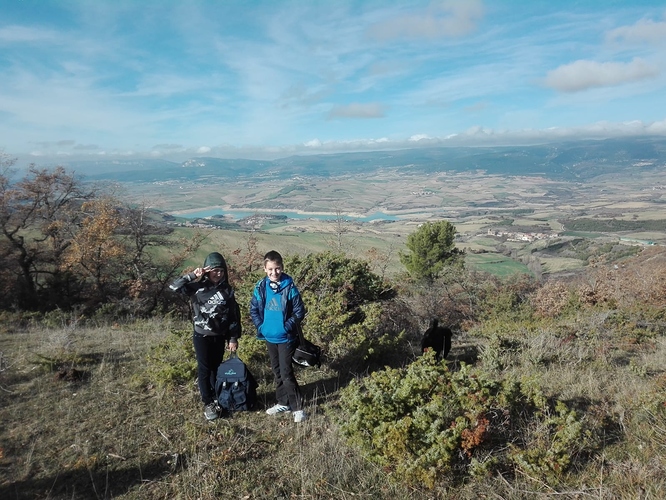 IMG-20201129-WA00031600×1200 318 KB
Once at the summit, the boys continued his conversation while eating some sandwich and I setup with my new half wave wire for 30m, which I just prepared on Friday afternoon in order to activate avoiding this and other weekends contest traffic.
The wire was set as a sloper from the top of my old and so many times repaired fishing rod, which is still serving me well, despite being slightly shorter than the original 7m.
My rig was FT-817ND at 5W.

I had not alerted and soon after starting to CQ, I was chased by a couple of non usual SOTA chasers. After a few further unresponded CQ calls on 10.118, I decided to selfspot.
The spot quickly brought several chasers and I enjoyed a very nice pileup. My first QSO was logged at 11h39 and the last one at 12h20. I logged 32 QSOs after about 40 minutes QRV, being all of them in Europe. No DX and no S2S today.

We took a few pictures by the summit cairn before leaving. 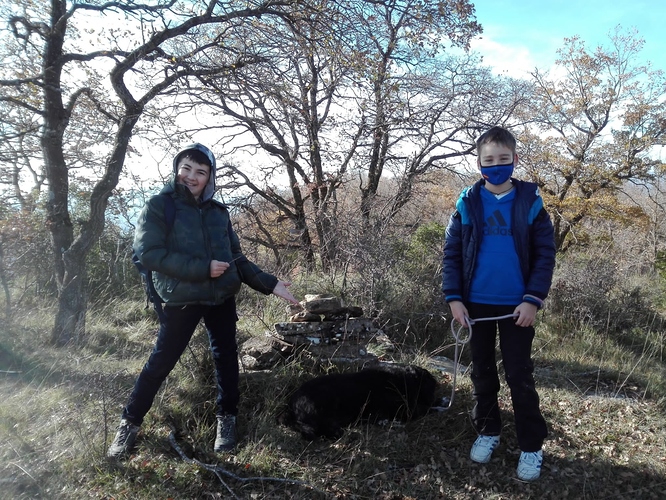 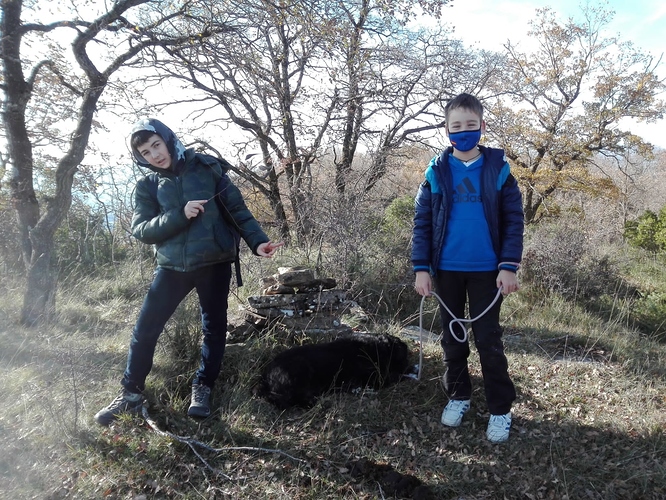 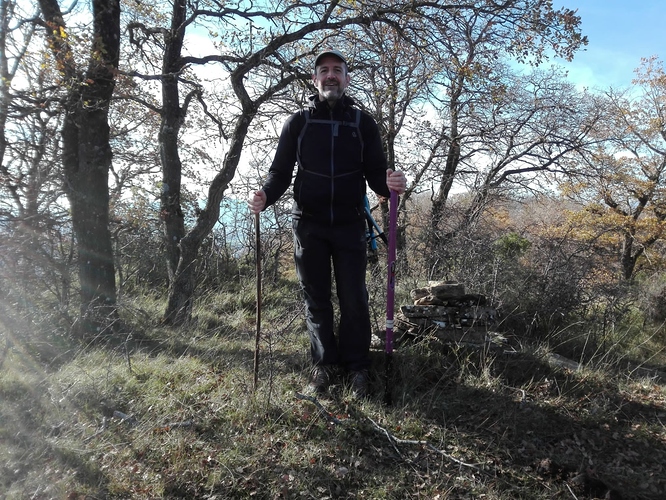 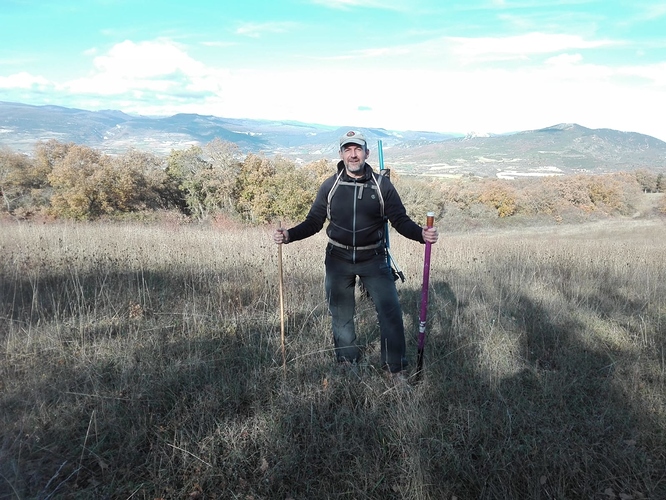 Hi Guru,
Thanks for nice report.
It is a pite I finished my activation earlier

Tell something about black dog with white tie

Jarek are you talking about Guru photo ?

Tell something about black dog with white tie

Hi Jarek,
Yes, it’s a pity we couldn’t S2S today.
Regarding our dog Lucho, I think I said it all here:

SOTA Dogs on Summits Off Topic


Lucho is now 8 years old and he is in perfect good health, enjoying every walk I take him to and every SOTA I do.
73,

Hi Eric @F5JKK,
I wanted to talk to you after you called me yesterday during my afternoon activation of EA2/NV-092, when you called me, I came back to you and then you sent the AS prosign, so I waited, waited and after a few moments, I call you twice without response, so I finally called QRZ and continued my activation. Did you have a phone call, an unexpected visit at home or something like that?
73,

I Remember Guru, was just a station asking SOTA ? and I send AS and after no more copy on you

Oh, shame. So you didn’t copy me when I came back to you with your callsign + signal report. I was surely covered by the stronger station asking SOTA? and by the time I finished with my over to you, you just sent the AS prosign and I interpreted that you sent that to me.
Coincidences…
73,

Guru
P.D. it wasn’t your fault but the station sending SOTA? instead of listening for 1 minute or less, as in that time he would have
copied my chasers, thus confirming that I was there and he probably wasn’t copying me.

Sorry Guru a week before I was able to contact you from the same summit but over 40m.
the 28/11 on 30m it was not the same thing, the distance was not favorable to me, it is a distance which is not easy, it goes a little over my head 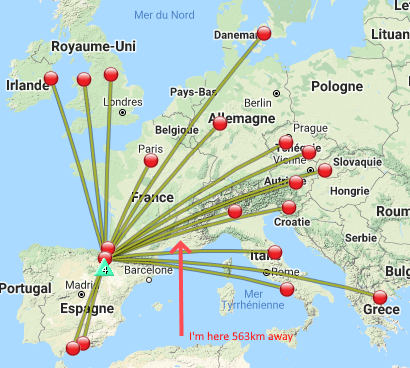