A mostly impromptu activation this evening - I didn’t set off from home QTH in Windermere until 19:30. I had done a little planning for a route up, although I ended up starting close to the Coniston Road on a bridle path, rather than the route further up near the tarn. 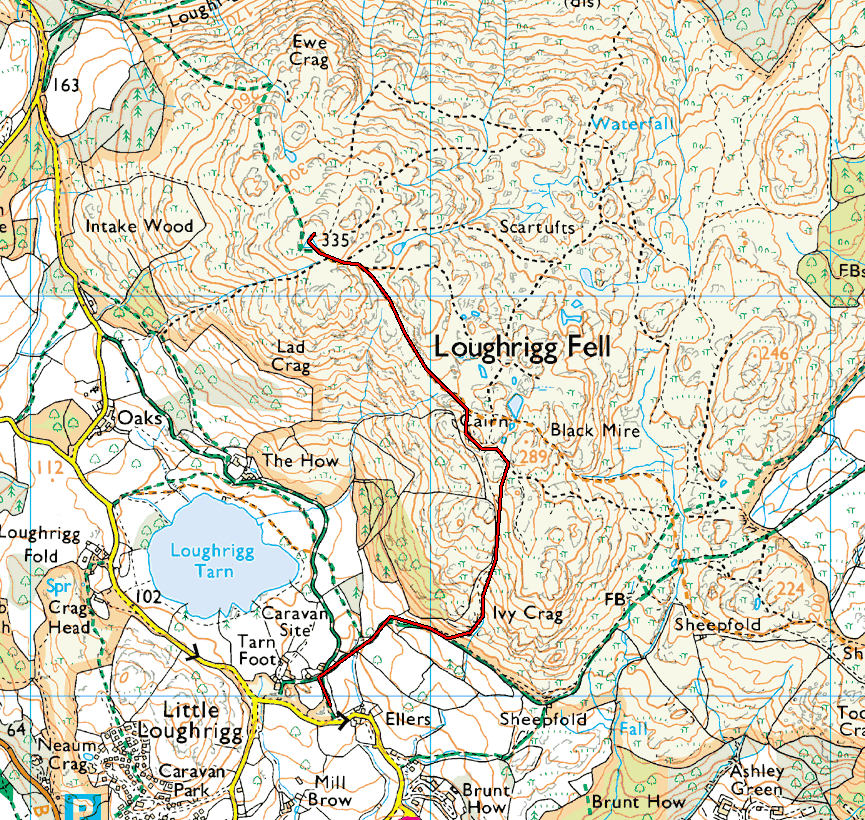 The ascent using this route is around 1.8km and varies in terrain from the bridle path which is rough stone under foot to grass in places as you track up next to a wall and make the majority of the ascent. 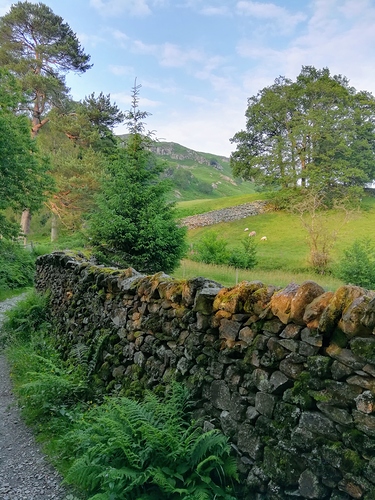 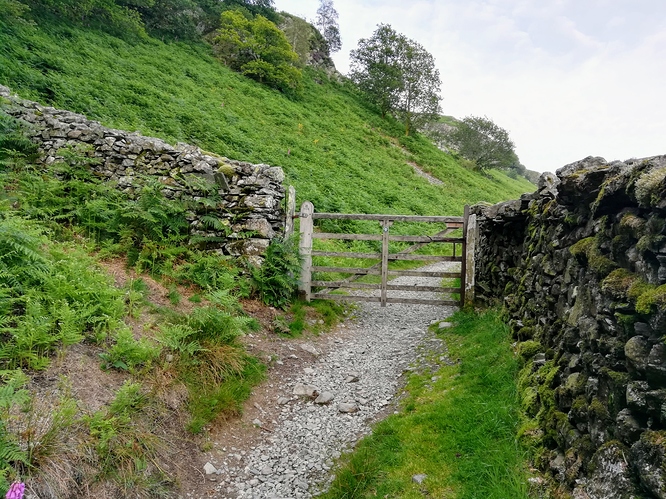 Only one real gotcha - the track up from the Bridle Path is after the gate above - on the OS map it looks like a little track before the gate (well, to me anyway). The path is around 50 metres after the gate and obvious. 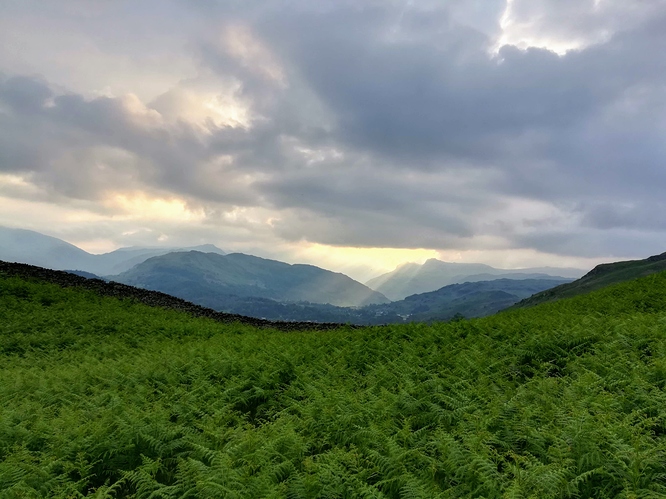 Weather was quite atmospheric - but with a risk of thunderstorms. On the ascent however, there was plenty of blue skies. 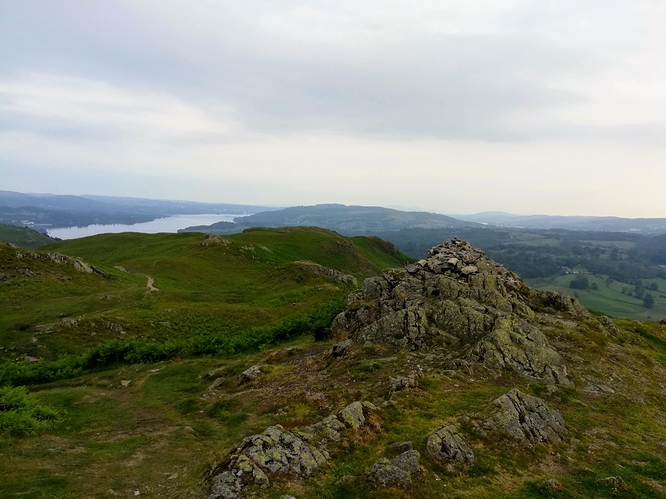 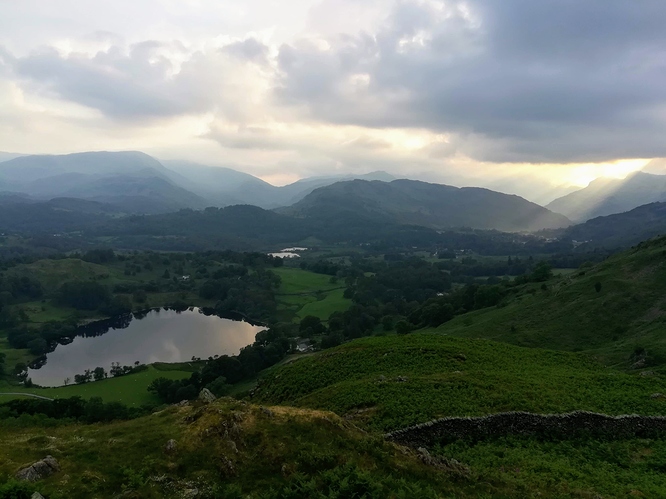 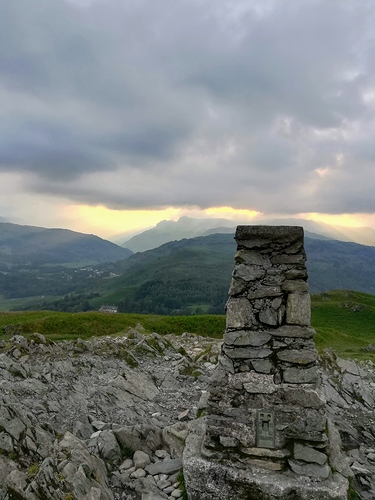 By the time I reached the benchmark the weather to the North was looking a little more storm like, with Fairfield summit in cloud and Helvellyn obscured, but more importantly Dunmail Raise slowly became less visible as the activation went on.

First up 2m on the FT1XD with RH-7700. First up was Dan G6CMK/M on the M6 near Blackpool, travelling from Scotland to Leeds. Then Douggie @G7CDA , with Sue @G1OHH close behind. No-one else heard on 2m. A nice chat with everyone!

I put the HF antenna up and noticed that Mickey @2E0YYY was /P on SOTA summit G/SP-013 on 20m. I had a quick chat with him and completed the S2S but with an eye on the weather I wanted to get the activation out of the way first. @DD5LP Ed who is often around during out early morning or late DX SOTA/HEMA attempts was strong in from Munich and @EA2IF also got in the log before I quickly moved on. How @EA2DT Manuel got me on 80m is a bit of a mystery to me, especially as I’d only clipped in the 80m antenna properly on one side. Should have double checked the antenna, but I was in a hurry as the weather was clearly worstening. 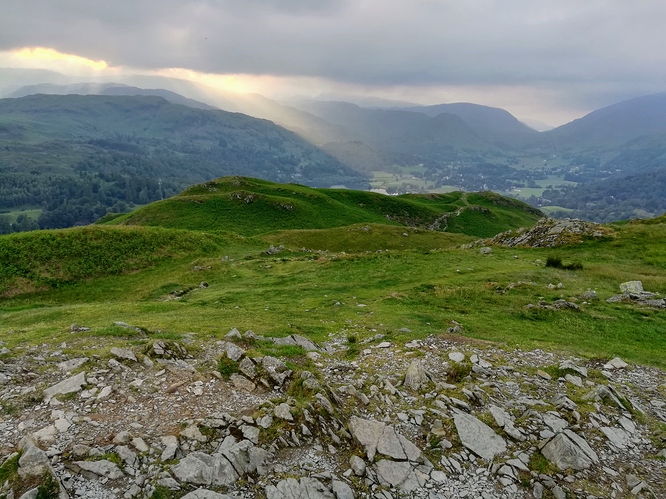 One final band to cover, quickly reclipping for 40m I got @IK2LEY Fabio and that was it - I’d had enough.

I didn’t want to be a candidate for the Darwin awards operating /P in thunderstorm conditions! The cloud above Loughrigg was now darkening and parts of the cloud were dipping down in little strands.

So a quick pack up ensued, getting off the summit a priority. By now it was getting towards 10pm and the light fading and as it happens I needed to check the map a couple of times to reverse my route.

All in all a little mini adventure. Thank you to all the chasers! 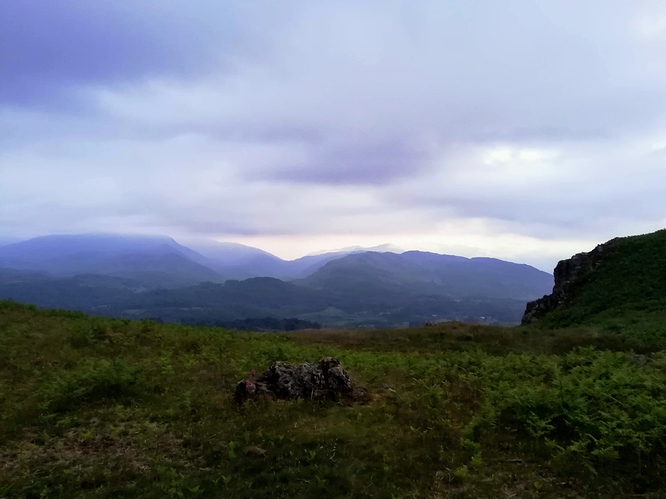 Many thanks for the unexpected s2s on the 20m band last night. Ed DD5LP had mentioned to me there was a chance of some enhanced propagation and he was right. The 20m band conditions were all over the place. The band was not as good last Wednesday evening, when I worked 20 North American stations from my local HEMA summit, Mow Cop.

Like yourself, I was very concerned about the WX conditions. There were static crashes all evening.

Nevertheless, I finished up with 60 contacts all 20m ssb, from G/SP-013 Gun, with 5 contacts into North America, including the West Coast and a very nice contact into HK4 Columbia, a DXCC, I haven’t worked from a SOTA summit for almost 6 years.

Subject to the WX, may catch you later this week…

Awesome as always Mike, as you can see I managed only a handful of contacts before I bugged out!

Mike-2E0YYY, It was nice to put you in the log here. And it isn’t often my wife will pick up a mic, so you got a special treat there.