Is this a new rig?

Has anyone seen or, even better, used one of these?

8 Band SDR All Mode HF Transceiver. it is optimized from open source hardware. The powerful software supports the use of less hardware to complete the SW transceiver and supports the SSB mode (reception quality is very good, transmission quality is... 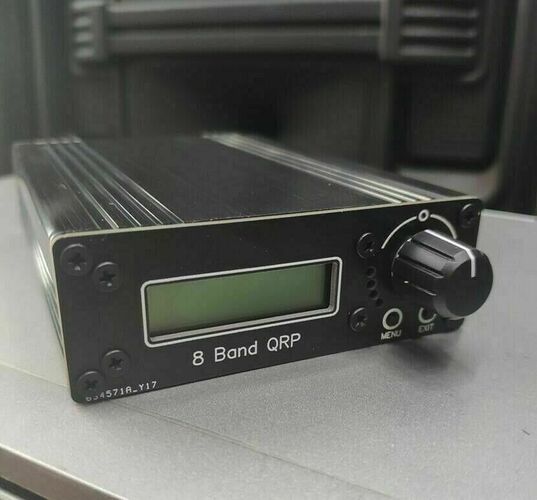 s-l1600829×771 51.1 KB
I came across it on Ebay recently - the “store” selling it has quite a lot of amateur radio related stuff. I’m always very cautious about this kind of thing, but interested too. If one scrolls down the page there are some specifications…
I wonder who designed it? I did wonder whether it could be a uBitx in disguise! But it’s not really that similar.
3 Likes
AI4EJ 28 July 2021 02:29 #3

It’s a version of the uSDX.

The uSDX project began by modifying the QRP Labs’ QCX to do SSB — the new QCX Mini comes with an (unsupported by Hans) daughter-board to facilitate this conversion, but many people have taken the design in interesting directions.

It’s a long story, but I would not recommend the purchase this particular version. If you want to read the details, they can be found in their groups.io page at:

Hi Ricardo,
Thanks very much for the info, I haven’t had time read the links yet, but will soon.
It’s always interesting to know how things come about!
73,
Steven

It’s a long story, but I would not recommend the purchase this particular version. If you want to read the details, they can be found in their groups.io

I read full thread and did not find reason why not buy this particular version.
Also Manuel (DL2MAN) says:

my 2 Cents:
I was in private contact with all the parties involved, which was pro-actively initiated by “csqwdy”.
Even though he has no HAM License, he´s interested in Electronics, and obviously was able to re-design the 8-Band Schematic into something that fits in the housing.
Nice Job, by the way (with a few exeptions in the RF Section)

He has been nothing but honest to me all the time as far as I can tell from this side of earth.
And yes, he offered compensation from the very beginning, but we (Guido and me) refused, as he is no commercial Party and had no commercial interest.
And after all: What to compensate for ? There has not been done any damage by him. He just took my published Schematics, and made his own PCB from it.
I don´t know as well, why he works with a pseudonym, but I asked him for his name and I got it. So he´s not trying to hide anything.
He has been nothing but honest and pro-active all the time.

The seller on ebay and aliexpress is a totally different story. After contacting him, he took offline the offers, but they soon re-appeared under different name.
This is the kind of guy I´m having problems with.
The seller doesn´t care about the project or the customer who will be having problems. For him it´s just easy money…

However “csqwdy” is NOT the seller, he actually contributed to the project by creating his own version of it.
I would suggest, instead of stopping:
continue your work on it, and make it accessible to the public, as we all did. Then you´re officially contributor to this project

Based on AliExpress page, author sorted out beginning issue and it is third version of board.

Hi Yury, that’s interesting, thanks for the further info. I’m not planning on buying one at the moment, but it’s certainly an interesting little radio.
73,
Steven

I have one a few days ago. The truth is that I am impressed by what it offers at that price. It is light, simple and transmits with a more than acceptable power. The filters work, and it’s extremely lightweight. I have measured more than 6w in 40m with acceptable audio. The reports have been good. I will take it as an emergency kit or for climbs that involve a lot of difficulty.

Although there are discrepancies about the license of this article, I think that the license of the open source project itself allows modifications and sale by third parties. I think there is no reason for discussion. Moreover, I think it will be an incentive for the open source project itself and for people who do not have the knowledge or skills to make it at home. 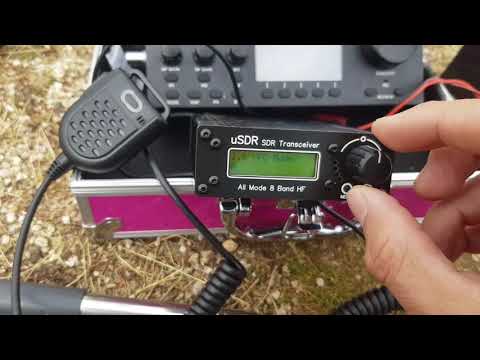 Many many thanks for video.

It would be great if you crate a little bit more videos due to fact that there is no any video in youtube.
I am asking about videos with comparing audio output with and without AGC and if possible with CW.

The old ask for your call 3 or 4 times then give a 59 report never stops being funny!

The old ask for your call 3 or 4 times then give a 59 report never stops being funny!

Well, I did just this a couple of times. Inattention, a dog (my dog!!!) barking on the summit, intentional QRM, tuning tones, bad pronuciation, strong accent, speech disability or any combination of those can prevent you from registering the callsign a few times in a row, until the last over… with a 59+10db report!

It’s lacking a bit on sensitivity at the top end of HF where the background noise is lower IMO. It’s otherwise a good rig for those long hard climbs when the 817 looks like an anvil. It has more features than you might expect, thanks to the software.

Clever way of generating SSB. Must cost less than $100 to make. Costs around $200AUD delivered.

The Chinese mcHF is better but much more expensive.

The IC705 is outrageously expensive and quite heavy for a backpack rig. But it’s got more bells and whistles than 10 court jesters. And it has no real deficiencies. I only got mine because of COVID19. Money put aside for a trip that probably will never take place. Gotta have something to play with in lockdown.

The sellers use the story that this is a kit rig not a commercial level product. So I interpret that to mean there may be unwanted emissions that are not 60 dB down on peak signal. With around 4 W I’m not concerned about causing a major problem. Besides by the time the spectrum police arrive I’ll be long gone.

I do have a Spectrum Analyser and will get around to testing this set on it. Later.

If you look at the original developers chat site you may find what you are seeking.