I was pleased to have another chance to exercise my international CEPT privileges and operate again in Ireland as EI/WN3F, starting this past Monday. We were fortunate to have warm sunny weather for the longer outings.

Two non-hams were with me, so my activations were a little shorter than they might have been. We all agreed to try and climb Broaghnabinnia EI/IS-019 in the MacGillycuddy’s Reeks so that I might activate it for the first time. We drove to park west of the mountain at a wide spot in the road. We lost time trying a more direct approach (turned back by bog) and wound up passing through gates on a farm property where we saw signs for the Kerry Way path. From there we worked around to find a route up the west ridge - the southern face of the ridge seemed most tractable. Slow going with a mix of tricky scramble and heavy bracken ferns, then becoming very steep. A bit higher up, a fence follows the ridge line (below photo) 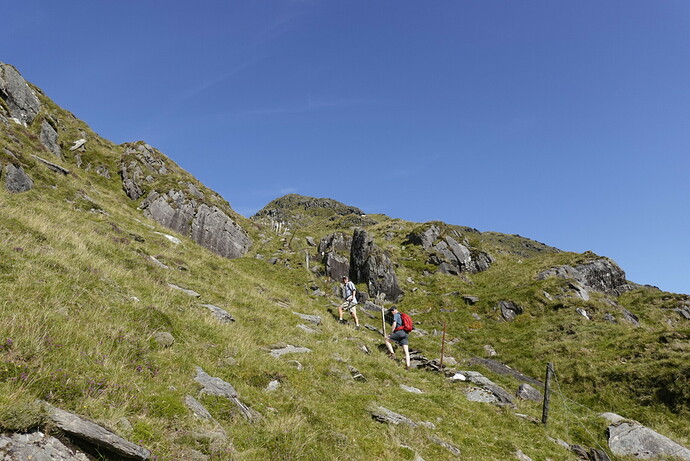 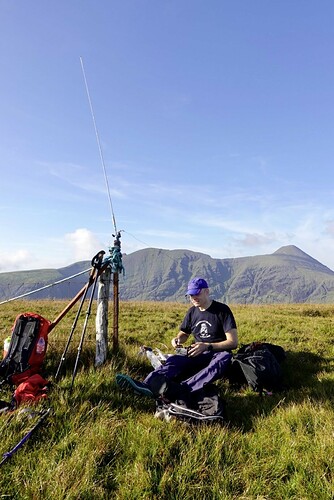 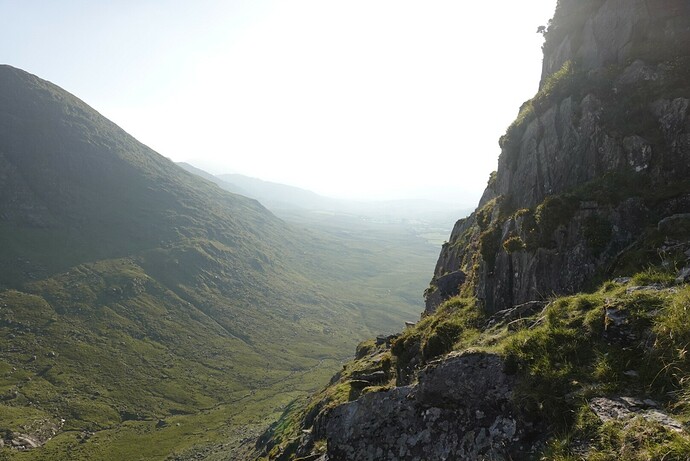 We made camp at Cronin’s Yard and climbed Carrauntoohil in the morning on Tuesday, ascending Devil’s Ladder. More amazing views all along the route and 20 QSOs at the top. 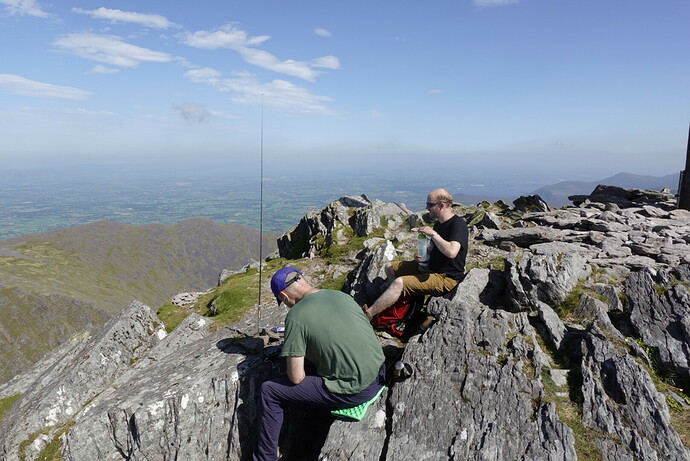 We descended via the Heavenly Gates route (a little tricky scrambling required, but I think a better way to descend in good weather) - photos below taking during that descent. 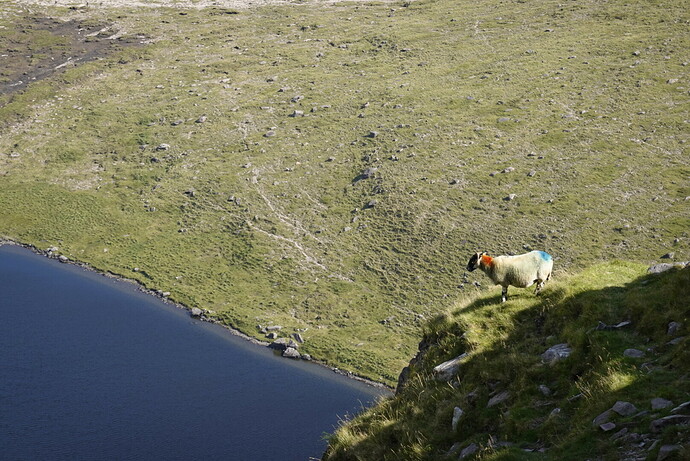 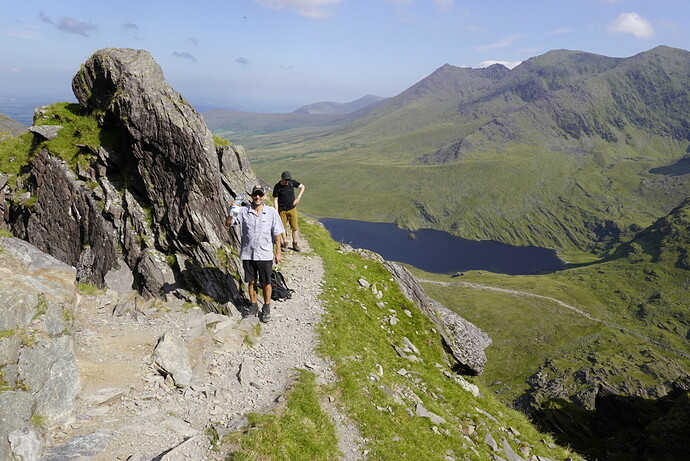 On the way back to eastern Ireland yesterday, we did a quick ascent up Arderin, EI/IE-019 (14 minutes from car park to summit) up a shallow slope with fields of heather I think. Strange not to have sheep all around after the last two summits.
Here’s me trying to pick anything out of a little pileup. 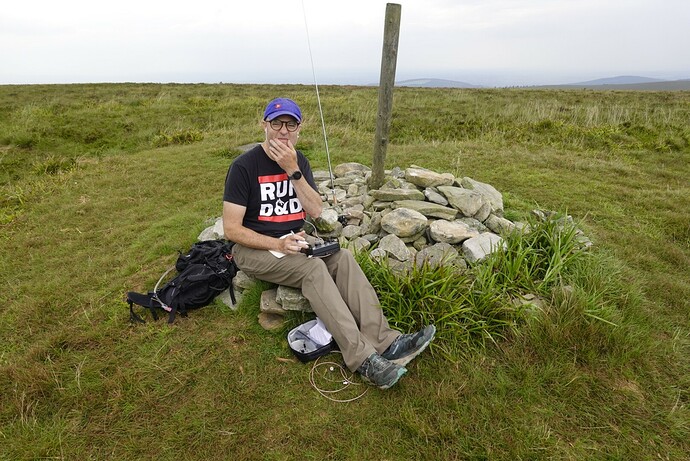 It was great hearing some callsigns familiar to me from my activations on the US east coast. Thanks to all the chasers for their patience with my limited skill in Morse code.

Hello Roy, thanks for your fine activation report and photos. Well done!

Thanks Declan. I’m afraid I got fed up with Facebook some years ago and deleted my account, but feel free to link this there. It would be nice to meet some fellow amateurs in Ireland some time - on my last visit I visited the Hurdy Gurdy radio museum and station in Howth but missed seeing the radio operation.

Excellent work. Broaghabinnia requires a bit of perseverance as you found out. It’s well overdue an activation. You had great luck with the weather, too. 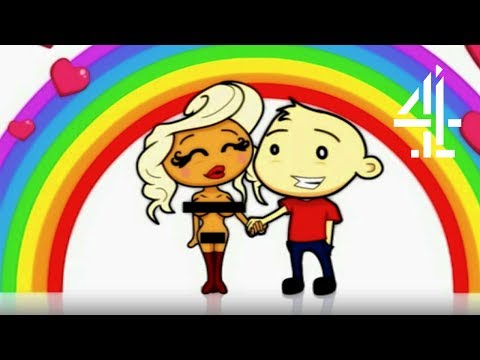 Roy,
how long are you on the East Coast for and where you staying? Drop me an email to cqdxei6fr@gmail.com and maybe we can meet up, maybe even activate something

Great report. The ‘Reeks’ are a great range of mountains, equal to any in the the UK. And with far, far fewer visitors.