It started off with Ben GW4BML alerting and saying that he was activating Pen y Fan GW/SW-001 on Saturday morning. As I’d been absent from the mountains for a few weeks due to flu I decided to Alert for Fan Fawr GW/SW-005 on Sotawatch to get Ben across the valley and test my fitness. As is the case these days for GW summits we also Alert on the GW Summits on the Air Facebook page. Well both alerts caused a flurry of e-mails, text and considerable chatter on the Facebook page on Friday night with announcements of others promising to get out and activate in GW.

It’s been quite noticeable lately that we have a keen band of new activators on the mountains in Wales so it was heartening to hear them calling s2s from their respective summits on Saturday morning. I hasten to add that the majority of these activators are extremely fit and I feel quite out of breath as I follow their progress when chasing them on the mountains in Snowdonia.

My activation of Fan Fawr brought 6 s2s 2m-fm contacts to my log the first being John GW4TQE/p on Allt y Main GW/NW-059. My second contact was with newcomer Richard MW0GWG/p on Pen y Garn GW/MW-004…he is quickly ticking off the summits in my area so keep up the good work Richard.

Ben GW4BML/p was soon in my log from Pen y Fan and it was so nice to meet up with Ben and family after the activation. He has a long hit list of summits for Winter Bonus so listen out for him… 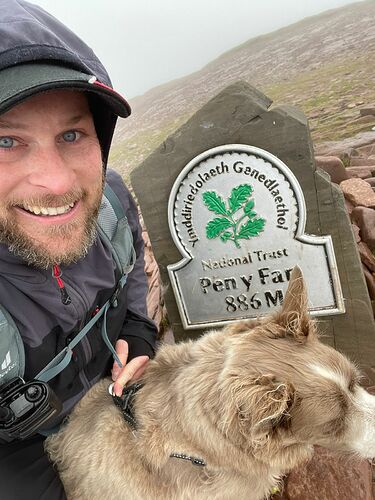 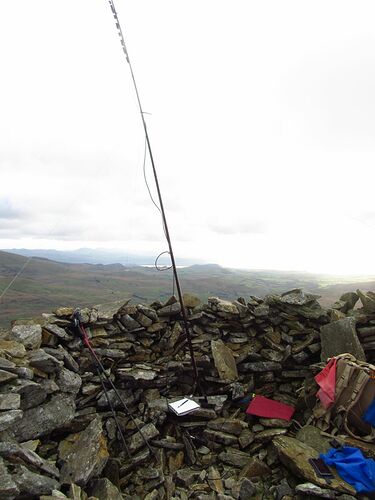 Peter MW0PJE/p was next in my log from Pen Llithrig y Wrach GW/NW-013…well done on the new callsign Peter. It was interesting to see the different weather conditions between North and South Wales. 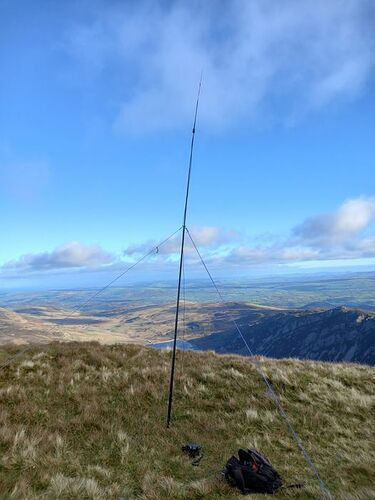 My final s2s was with Richard MW7RJO/p who along with his son Finn had made the trek on to Y Garn GW/NW-004 and worried that he wouldn’t make the summit by 11:00 and miss the fun. Y Garn is not the easiest of summits and it was the first time that Finn had been up such a big mountain…well done Finn. 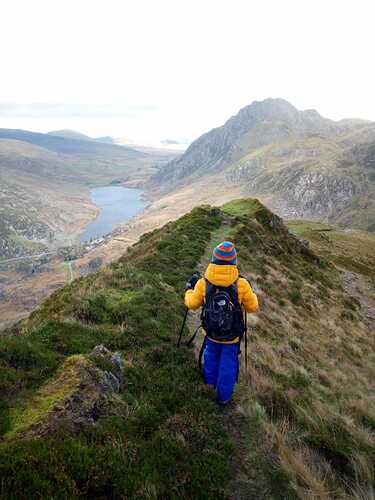 I also ventured on 60m and I must apologise to the chasers as I suffered a bout of coughing possibly due to the mist and damp…anyway everybody who called me has made the SOTA database. 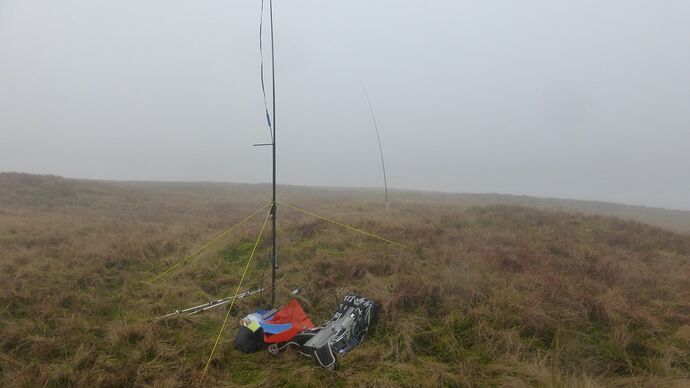 Thanks to everyone for their enthusiasm on Saturday and a big thank you to all the chasers who joined in the fun. Apologies to others that I have might have missed but had s2s with summits in GW.

Along with others Roger MW0IDX (GW Association Manager) and I have been discussing some sort of GW s2s event for 2022 so watch this space.

Mr Brown has been informed

Great write up Allan, GW land is certainly very SOTA active at present! Every weekend is thoroughly enjoyable and full of many contacts including supportive chasers and S2S stations scattered over the NW,MW & SW mountains! I look forward to the next adventure

P.S. Mr Brown said he’ll do a pose and post a picture tomorrow

Such a lovely thing to see! My phone wouldn’t stop pinging with all the spots coming in yesterday morning, but unfortunately I was busy elsewhere and couldn’t get my antenna up to chase you all.

Hi Allan
With that many S2S on offer I nipped up to G/WB-022 (only 15 minutes from home) with the idea of testing my new antenna.
I did manage to S2S with Richard, Ben, John and Peter but I wasn’t receiving you at all. Looking at the map, I think Pen Y Fan was in the way…

Good to hear from you. There will be other days and hopefully you will be able to join in.

Great to hear you have a KX2 now and already having fun with it. It’s what I use so mail me if you have any questions. I can see you up on Hafod Ithel in the near future.

So dissapointed not to get you in my log. You were 5/3 with me and despite John GW4TQE’s help it was not to be.

You are right that PyF was probably causing a problem. Fan Fawr is a difficult summit for vhf and I have had success in the past from rotating my handheld from vertical to horizontal…sadly I was stuck with vertical polarization on Saturday but surprised your beam wasn’t pulling me in. I knew that most of my s2s would be coming from the North so I was quite happy with the situation.

Catch you next time.

I had briefly gone up to 65W so that’s probably why you heard me. There was also some QRM from other operators - it was hard to find a clear channel at times on Saturday !

Thanks, Allan! I’m slowly getting used to it, but some things are not very well explained in the manual. I’m learning as I’m going though.

I need to get some more chasing done too. Much of Snowdonia and the Wicklow mountains are within easy reach from my garden setup, with the path being mainly across the sea.

Thanks for the report Allan. I was very glad to get several of you in the log and ruing having missed the others, including Ben, whom I was hearing Ok on the walk-in but too late once set up.

Great to hear so many on G* / EI summits over the weekend. As we approach winter the number of walkers generally on the hills is dropping but not so much the SOTA numbers!

Pretty chilly yesterday on GW/NW-040. +4°C by the thermometer but easily negative with the wind chill.