How to build customer support and loyalty… 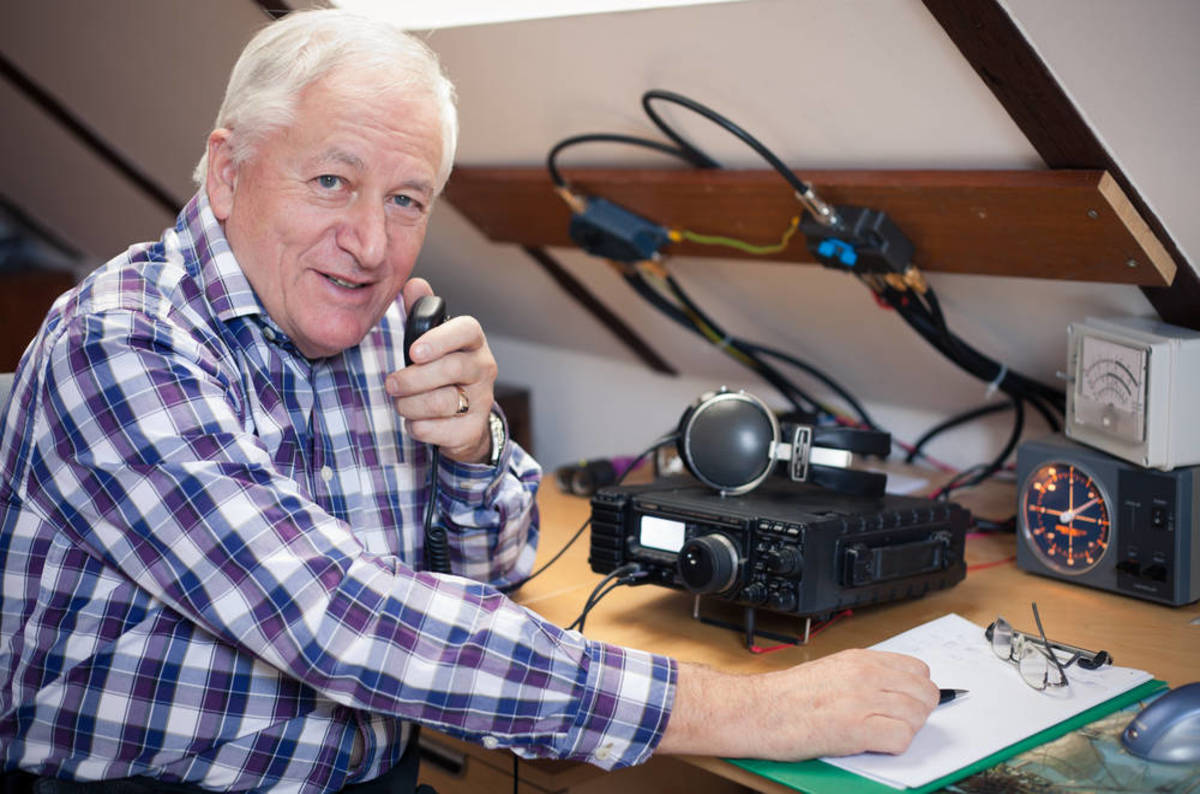 If you want to download the old, free versions, you can find the last releases and docs here still.

There is a massive thread about this on the Zed - 80 pages! https://forums.qrz.com/index.php?threads/ham-radio-deluxe-support-hacked-my-computer.547962/ The attempts at damage control by HRD are amusing!

That’s a real no-no in customer support and I’m sure will cost the new HRD software owners prospective customers. I certainly wont be buying HRD hearing they have this capability.

The review wasn’t that bad either - HRD could have earned some great publicity in helping this amateur to get their product working on his original PC, rather than doing that the action their support agent took will get a lot of bad publicity. They handled this customer as an enemy!

The review wasn’t that bad either

That’s what I thought. Even Bentleys get the odd bad review.

Have they fired the customer service agent they say is responsible? - that would be a start.

In a move that has surprised and angered security researchers, chip maker FTDI has admitted to issuing a silent update that bricks cloned FTDI FT232 [USB to UART] chips. UPDATED.

Commercial suicide really, there is usually an alternative product.

Except it made no difference. The people who paid full price had no problems and continue to specify FTDI 'coz their products are excellent and work. The people buying the clones had problems and all said “never buy FTDI again” except they weren’t buying FTDI in the first place. The only people who lost out where those who didn’t have the real article. Genuine customers had and still have, no problem.

It’s a classic case of why you never use somebody’s USB IDs. That data is used to tell Linux/Windows etc. which driver to use. If you claim to be a FTDI device then it’s perfectly reasonable for Windows to load the FTDI driver and use that. And if your clone doesn’t work properly with the FTDI driver despite claiming to be an FTDI device then you deserve what you get. Even if the updated driver is deliberately checking your are genuine and borking if you are not. And, no hardware was damaged, the first driver caused clones to get reprogrammed so they no longer said they were FTDI devices. You could reset that, using FTDI software! The second one merely checked that if the device said FTDI then it did what FTDI devices could do. When those clones failed to respond to genuine software requests because they lied, the FTDI driver responded with bogus data. You give the driver a bogus ID, it gives bogus data back. Sweet

Nobody died, only cheapskates and thieves got burned.

Prolific did the same after the Chinese thieves flooded the market with chips that barely functioned. But Prolific did a worse job than FTDI. Prolific decided they couldn’t tell genuine from cloned chips at the software level, so on W10 onwards, the Prolific driver only works with new Prolific chips, all the millions of genuine PL2303 chips out there are affected as well. This has affected both customers who have genuine Prolific chips and clones. You need new hardware if you want to use W10.

Palm did the same by “stealing” Apple USB IDs so the Palm Pre could sync with iTunes by pretending to be an iPod. Apple retaliated, Palm again stole Apple USB IDs and Apple got heavy with lawyers. FTDI saw no point in taking legal action against Chinese thieves, the whole Chinese economy is built of stealing Western IP and selling it back to us very cheap and the goons stealing this are fly-by-night people here today, gone tomorrow (with your money for a cruddy product). FTDI did the sensible thing, damaged the clone market not their own market.

And anyone, yes anyone claiming they didn’t know they were buying clones not genuine chips is being economical with the truth. FTDI stuff is not cheap (£14 for a USB <> serial dongle). When you see FTDI chipped dongles on eBay from Shenzen for £0.99 inc p&p to the UK from China then it’s not rockets science to think there may be something dodgy about the supply!

All this might be true Andy - in fact I’m sure it is. What made HRD so despicable is that the guy had trouble with HRD when he updated his computer from Windoze 7 to Windoze 10, and the customer services people told him he needed to go to the latest version of HRD which worked with W10, but his license had just expired so he had to fork out for a new one, and an autometed check list then found he was blacklisted and gave his new version the chop. THEN, and only then, customer services told him he was blacklisted and would stay blacklisted until he pulled the review. Basically they extorted cash from him for a product that they knew would fail so that they could blackmail him. If this is what they regard as acceptable business practise then they deserve to go under.

I agree entirely, the problem is /was some not so aware PCB assemblers bought the fake IC’s and they ended up in products where the end user had no idea of what was going on until their device became unusable. I kinda feel sorry for those people. A driver update icon appeared on the task bar which just required one click to wreck it.

I believe its a Scottish company as well which is cool !

To me it shows the effects of the over spill from a nerd war, its just seems ugly and very anti-social.

Prolific did the same after the Chinese thieves flooded the market with chips that barely functioned. But Prolific did a worse job than FTDI. Prolific decided they couldn’t tell genuine from cloned chips at the software level, so on W10 onwards, the Prolific driver only works with new Prolific chips, all the millions of genuine PL2303 chips out there are affected as well. This has affected both customers who have genuine Prolific chips and clones. You need new hardware if you want to use W10.

Actually the original (real) prolific chips (and the copies) work under Windows 8/10 if you use the Windows Vista drivers. You do need to be careful, not to let Windows update replace the driver files however, otherwise the device stops working and needs a manual install of the Vista drivers to fix it up. It seems however after one manual install Windows Update realises it should leave the driver config alone and all is fine from then on.

good that I dont use windows for the last decade! I missed all the ‘fun’!!

good that I dont use windows for the last decade! I missed all the ‘fun’!!

Well for most of us the computer just is a handy tool with a plethora of applications, we don’t tinker with the nuts and bolts or delve into minority alternative operating systems! I for one am perfectly happy with what windows can let me do, I just wish they wouldn’t change it so often!

What have you got against Solaris, Brian?

What have you got against Solaris, Brian?

It was a crappy film!

hehe!
funny trivia, I spend a lot of my younger time with Solaris 8/9 at the time while working for SunMicrosystems… before they killed all the purple servers

Well for most of us the computer just is a handy tool with a plethora of applications, we don’t tinker with the nuts and bolts or delve into minority alternative operating systems! I for one am perfectly happy with what windows can let me do, I just wish they wouldn’t change it so often!

indeed, whatever makes your work easier! to be honest I still have a lot of virtual machine in order to run with windows only apps for the architecture teaching (CAD etc)

There is a massive thread about this on the Zed - 80 pages!

Wow! It is now 94 pages! It really seems to have hit a nerve…

More on Theregister following on from yesterday. These guys really do have problems and shouldn’t be selling to hams.

The world today is full of people who try to blackmail businesses. If you know anyone who runs a hotel/cafe/restaurant etc. then everyday a customer will say to them “give me a discount or I’ll give a bad review on TripAdvisor etc.” Bad reviews are endemic but you learn to read between the lines. Some of the reviews I’ve seen for places I have stayed in are amazingly bad, especially when I’ve had a wonderful experience. So businesses should be aware of the bad review and how you accept it gracefully and don’t make a fuss so that the bad review and your actions becomes a story with its own legs.

The original review wasn’t bad. It pointed out that it’s a faff to get working. It was probably not even HRD’s fault, the world moved after they did a release and then there were issues. The correct response would have been to say "yeah, it’s messy and got worse after the XYX update to Office365. We’re working on improving it but it wont be fixed till ". You get quad points by fixing the problem in the general development cycle then rolling in the guy who complained (a little) into the testing process. He sees you fix the issue and then his word of mouth feedback is gold. You can see the postings “I had an issue, complained/moaned a bit, months later they invited me to try the fix. Wow, what customer service!” That’s not hard or difficult and the payback is wonderful.

Or do what these goons did and wonder why every ham hates you now. Makes you wonder how someone with such bad business acumen hasn’t already gone bust? so it turns out HRD has been blacklisting negative reviewers for some time •...

A number of callsigns were blacklisted for reviews!!! lol
Tragic!