Weather wasn’t great for my 10th activation - dry on the walk up but the summit was in cloud with continual bursts of squally rain. Wind was fairly constant at 15 mph-ish. Having walked for an hour or more to get up there it was a case of getting on with it and it was a good test of my new tent which didn’t take long to put up despite lots of flapping around in the wind - a good learning experience. I decided to leave the VHF yagi until later and just focused on getting the Hyendfed wire up. Managed to gash a finger on something while pegging up in the heather and finished setting up with a handkerchief wrapped round it. Finally got on the air at 1120, out of the wind and rain in the tent which did a great job - improved my humour a fair bit. As usual 40 and 20 provided the most action during the day with the bands initially very busy with the SAC contest.15m was open and I managed 2 QSOs, one with R6DNB and best DX of the day with KF4ZZY in Atlanta. 10m was dead as was 2m - I put the yagi up but apart from a couple of faint whispers heard nothing and there were no come-backs to my calls on 144.300.
10 S2S for the day, including SV2RUJ/P and finishing with a local contact on 40m with 2M0HIB/P, Dave, on GM/ES-075 about 50 miles SE of me.

Looking south after the weather cleared later in the day: 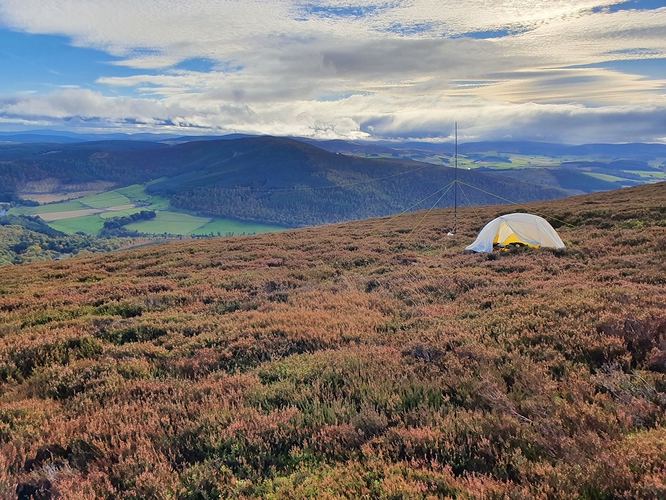 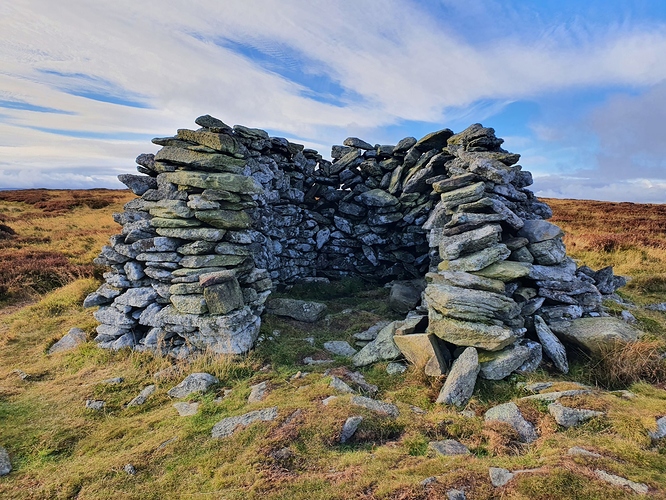 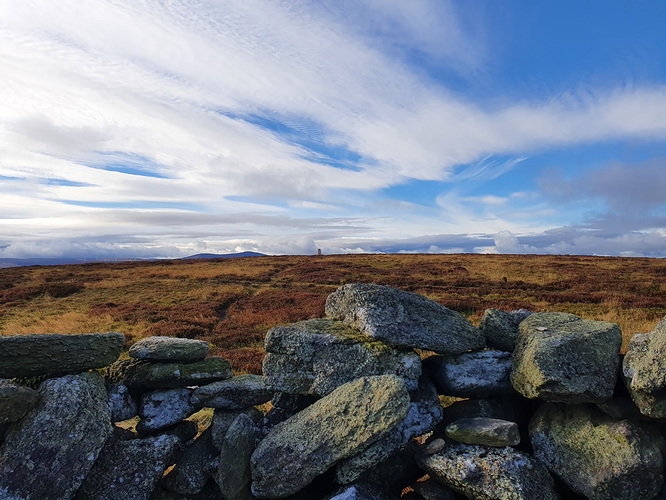 Thanks for sharing your story from out there in nature and our S2S contact yesterday. Beautiful landscape.

Sharing here landscape and story from my summit: Thanks to SOTA: Meeting new friends on summit HB/LU-025

Yes, good to make an S2S with you. Looks like you probably had a bit of local QRM from the cow bells!