I’d parked in Killin that night. My neighbour proved to be a lover of the tartan. 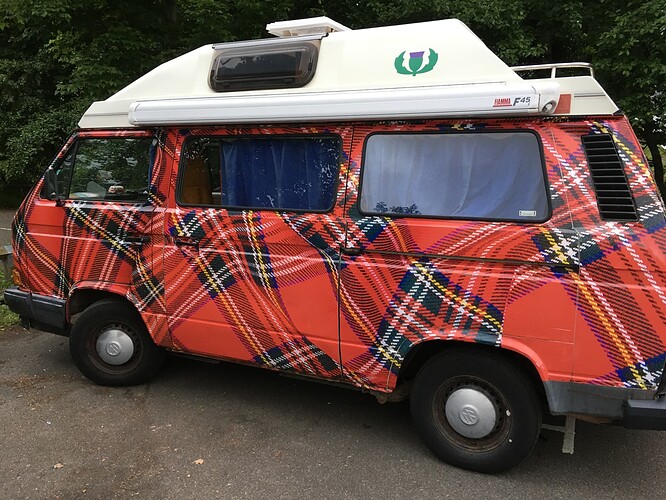 Lawers is only a ten minute drive away. And had its own parking lot a mile or two up the minor road. I got my first glimpse of the top. Previous visits to go climbing, skiing or ice-climbing had always been cancelled due to bad conditions. Today looked different. 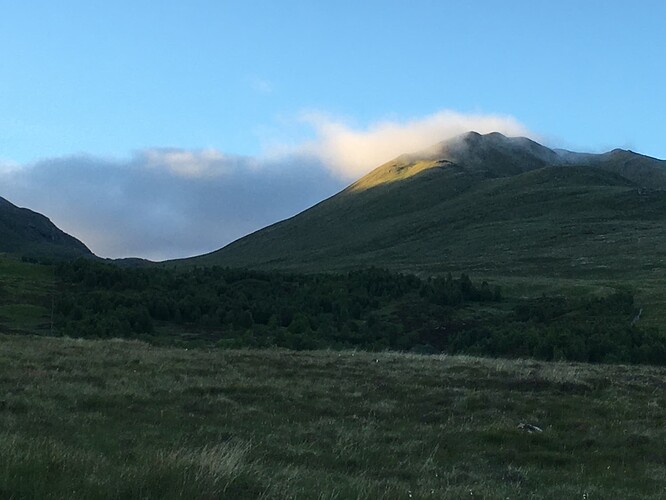 Two and a half hours easy walking from the car park got me to the summit of Ben Lawers, a fairly narrow and rocky outcrop with some space to operate a little way off on a ridge.

My little SW 3b transceiver getting me 25 contacts in 40 minutes on 7mhz & 14mhz. including husband and wife team, GI0AZA & AZB.

My next summit along the ridge was Meall Garbh. and much to my surprise there was a considerable drop down a fairly steep rocky portion to descend before reaching the coll. This required some care as it was very steep & rocky. In a couple of places I needed to use my both my hands to keep in balance. A slip or trip could easily result in a serious fall. On reaching the col I met the only two people I saw all day. 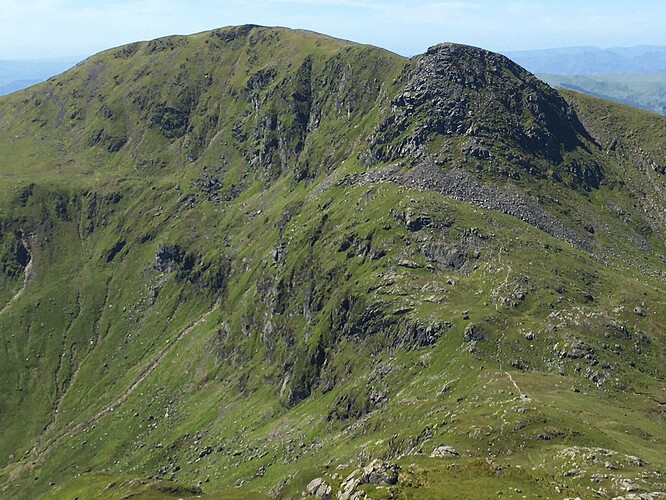 Sitting in the lee of the ridge out of the wind I I was able to get a signal to self spot . Within a minute of posting the spot on 14mhz I had my 1st caller. 30’ minutes later I had 29 more in the log. Changing to 7mhz got me another 8 contacts. 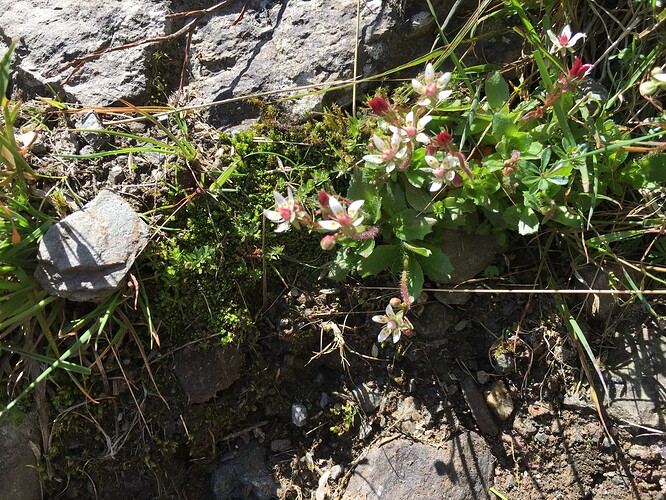 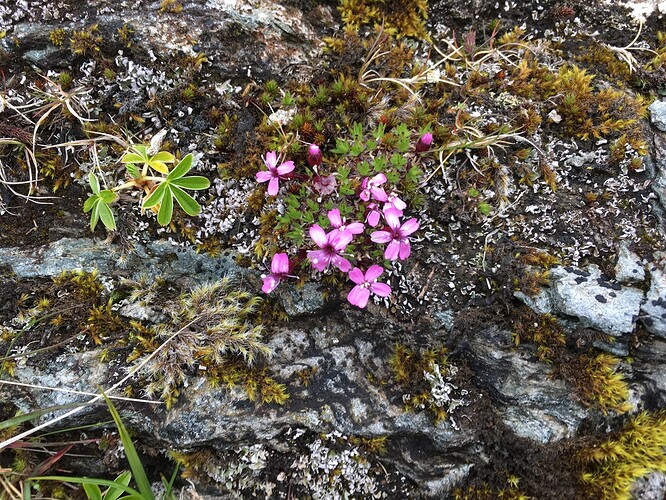 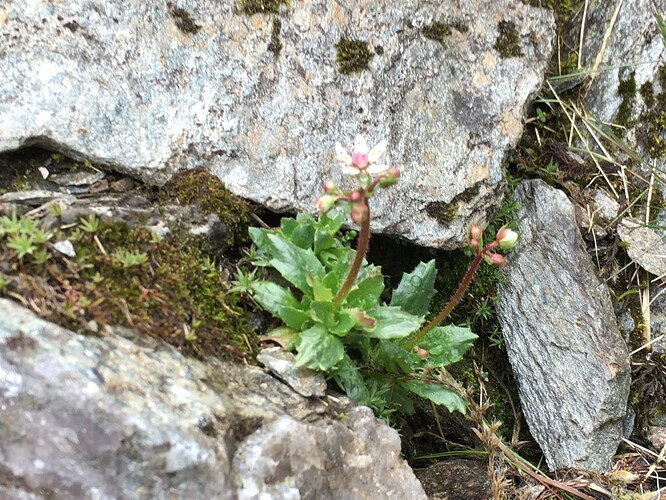 By the time I’d packed up in was 5pm, and for me, time to think of getting down and back to the van & food. As I descended to the next coll I could see Meall Greigh a little way off to the east and nothing more than a gentle grassy slope to reach the top. It was too tempting!! And wasn’t too far out of my way.

An hour and a half later, and again after a self spot, I made my 1st CQ and before my fingers left the key Chris/F4WBN answered me and 20 minutes later 9 other chasers were in my log.

It was now after 6pm and definitely time to pack up as I had a fair walk back. Descending down the slope to the shielings & the dam on Lawers Burn didn’t take long. I spent a few minutes looking for the remains of the buildings marked on map but could see none. The map shows a track traversing along the SE side of the range heading directly towards the car park some 10 or 11k away. When I reached the end of this track I expected there to be a well used and worn path continuing back to the car park. But there wasn’t. I followed an old wall, through long and wet tussocks of rushes and grasses, until that too ran out. I kept going and tried avoiding dropping any height. It was frustrating and taking me much longer than I had anticipated. Eventually my route met the road going up to the car park and a minute or two later I was sat in the van.

From Lawers Burn It had taken me a little less than 3 hours of walking to get back to the van and a glance at my watch showed it was now 9pm - I’d been out a total of eleven and a half hours and covered about 17km. A long day in the hills for me!!

I think the drop off Ben Lawers is an issue for many, so the other summits often get climbed from a different direction. I am certainly thinking of doing Ben Lawers on its own, but there is the bonus of a HEMA summit en route with no deviation… it would be rude not to activate it.

Unfortunately I’m time poor at the moment, so won’t be getting back up north for a while, unless something gives.

Well done the trio and surviving the return route. I hope you enjoyed Ben More and Stob Binnein - a nice pair of hills.

Thats a good effort and a fair hike!

the other summits often get climbed from a different direction

I did the entire group with a friend many years ago using two cars. I remember little about it except for blue skies and the long trudge down to Lawers village to pick up the second car, which was parked along the roadside. It’s too busy to park there now however parking is available at the Lawers Hotel for £5.

That’s a big day Dave when you activate all 3 summits!

I’m afraid it may take a wee bit of dram to fully appreciate the paint job on the van.

Gorgeous photos, by the way.

Hi Dave, thanks for sharing your activation details; great photos too. Love your camper.

Welcome to An Stuc 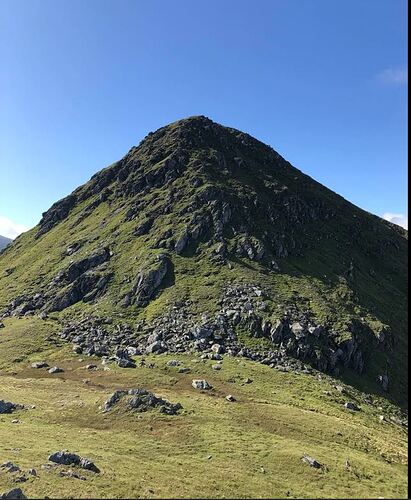 There’s a path around it for those who don’t want the fun and games.

Many thanks Dave for the contact, that was some effort and we really appreciated the ‘team contact’, AZA/B

There’s a path around it for those who don’t want the fun and games.

I know there are weaknesses both sides of the prow and a summer bypass path, but I could never avoid the challenge of taking it head on !

You’ve got me with photo 2 though David.

You’ve got me with photo 2 though David.

Saxifraga oppositifolia or purple saxifrage, popular with alpine gardeners, common in Scotland - I used to grow it in a scree bed at my last house. I think the third one is Saxifraga nivalis but I never grew that one.

PS just looked it up in my old Keble Martin, its nivalis.

Mrs P has that book too. She swears by it. She’s away at the moment though. I guess a good app would also do. These apps alll seem to have greatly improved over the last few years or more. My sister has an app which has no problems identifying grasses, which for many people are often problematic for non botanists.

My sister has an app which has no problems identifying grasses, which for many people are often problematic for non botanists.

I must look for that one, grasses make me throw my hands up in despair!

The middle one is Purple saxifrage (Saxifraga oppositifolia) I think. Found on limestone and basic rock. A nice find.