The last time I activated a SOTA summit was the 1st of December 2017 and I was totally out of touch with propagation and band conditions. I wanted to try a dry run for Saturdays VK/ZL/JA/EU day. When I left my home QTH at 0530z it was raining and about 7Km from the summit, the rain turned to snow, I then struggled with the car to get to the summit parking spot. It wasn’t too cold when I set off for the trig point, however, when the wind got up an hour later, it turned cold quite quickly. It was a struggle to set the station up, the Antron-99 needs some patience to asemble in snow, however, it has rewarded me richley over the years and so I’m willing to forgive all its shorcomings.

I self spotted on the 20m band ssb at about 0700z and waited for some action. With the SFI index down to an antenna crippling 67, DX will always be at a big premium. At 0703 Kostas SV2HJW, called me with a nice signal. Three minutes later, John ZL1BYZ checked in and even though signals where not great, reports were exchanged and that’s all that counts for a good contact. Christos SV2OXS, made the trip followed by a run of EU contacts. My good friend Ernie VK3DET called at 0742, I could tell he was made-up with this contact. Cheers Ernie! A very nice surprise was Walter 9G5SW who gave me a shout from Ghana. I’ve worked Walter once before, believe it or not, on a VK/ZL/JA/EU day back in April 2015 . This was good news. Finding a path into Africa bodes well for the ZS (South Africa) Activators on Saturday! John VK6NU, wasn’t going to be left out and once again we exchanged reports, great contact on low power, John.

John ZL1BYZ, Ernie VK7DET and John VK6NU, all called me back later for a quick chat and updated signal reports. They were easy copies for me…Once again…Big thanks guys!

What can you say about radio? In conditions such as these, DX should have been all but impossible. But there you have it!

There were just 18 contacts made for the activation but I’m not complaining about that. Once again, my 30 year old, beaten up CB antenna, pulled a rabbit out of the hat.

Thanks to all the callers. Sorry about the rubbish photos, however, I was very cold when I took them and after a couple of hours, I was keen to get off the summit. 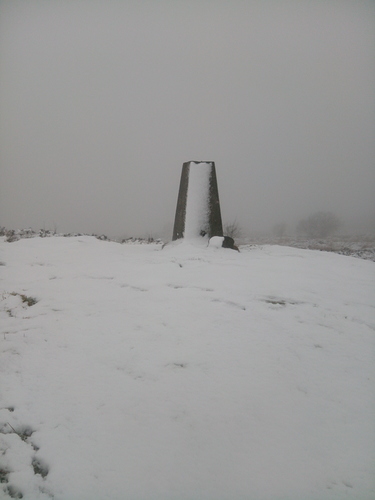 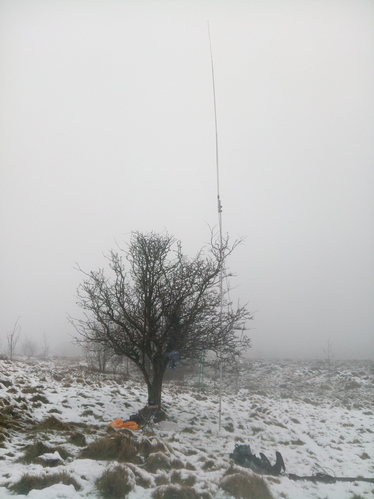 Nice to have you back, Mike, I listened but no short skip today!

Thanks Geoff, however, it was the Chasers who were brilliant today, The VK/ZL guys worked so hard to log the contact.

Nice to have you back, Mike, I listened but no short skip today!

Thanks Brian, although I think I could have chosen a better day WX wise…

Fantastic Mickey! I hope it all goes well for Saturday.

The temperatures are definitely shifting upwards, so it should be a little more comfortable tomorrow morning. I see you have shifted your alert from Shining Tor G/SP-004 to Walton Hill G/CE-002 Mike. I doubt that snow will be much of an obstacle on the road route or footpath access to Shining Tor summit by Saturday morning, but to be fair, the rain does clear earlier down Worcestershire way than it does here in Cheshire. I imagine I will be making full use of my bothy bag, or may even take my backpacking tent.

I’m not expecting my 5w SSB to be able to “cut it” working S2S into VK/ZL/ZS/JA, so good to see plenty of CW included in the alerts.

Catch you all in the morning.

Looks like I’m going to have to nick the SLAB out of my motorbike if I am to use the high-power linear - the buck converter and lipo combination was hopeless, must learn to ignore the hyped up stats on electronics without heritage.

I will be taking a tent to, never put it up, what could go wrong in the rain?