FT8 on 60m for UK operators

Things pretty quiet this afternoon, but managed to work a few UK and continental stations

Did note however that there are still UK stations transmitting out of band so just a quick reminder:

I know I’m teaching egg-sucking to most on here but might be useful to anyone thinking of giving 60m FT8 a try for the first time (do - it’s great fun!)

Would that avoid accidentally working out of band-let for UK Ops? Or is 5366 - 5366.5 allocated to something else in the RSGB bandlets plan?

So UK operators could use 5366kHz for FT8, but with the upper edge of the WRC15 band being at 5366.5 continental operators wanting to contact them would be restricted to offsets up to 450Hz. And TBH I’m not sure that I’d class FT8 as a weak signal mode. Also don’t forget that although any individual signal is no more than 25Hz wide, the mode itself can occupy a band up to about 2600Hz above the carrier frequency.

The “de facto” carrier frequency for 60m FT8 is 5357kHz, I’ve not found any operation away from there so we in the UK are stuck with being careful

OK, understood - I had thought UK channel 8 is wider, so from a UK operator’s side there was less chance of him (or her) operating out of band.

FT8 is indeed a weak signal mode as far as I understand the term - OK on the band in which the WSJT-x program operates not being neccessarily an especially narrow bandwidth though.

As you note, most people will use the pre-set frequency in the WSJTx software and assume it is OK without even thinking that they can change it or that they could operate out of bandlet. I guess the WSJT-x frequency was chosen for the WRC15 60m band and US Channel 3 without neccessarily considering the UK and how close in USB it can be to the edge of UK bandlet 7.

I activated on 60m for the first time in a very long time today. It’s never been a band I’ve particularly enjoyed for some reason, and long gone are the days when it was the prominent HF band for UK SOTA activators. 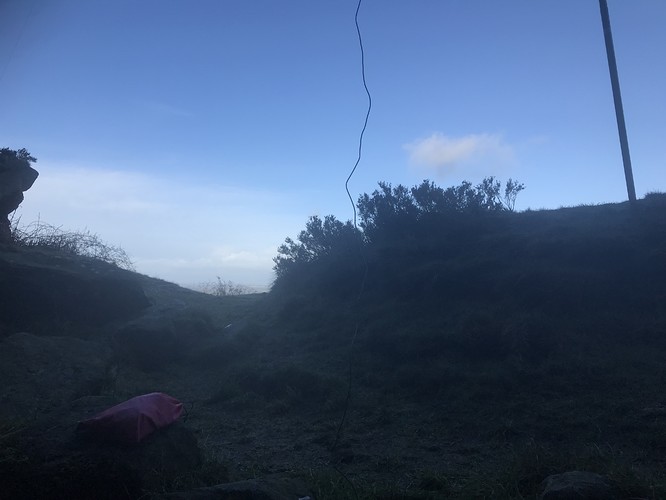 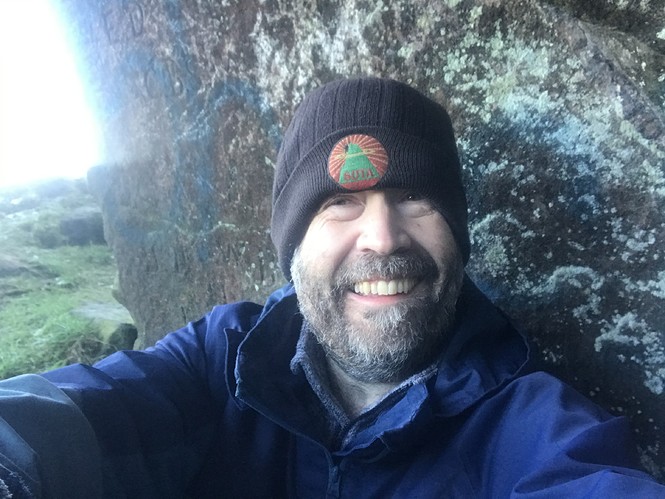 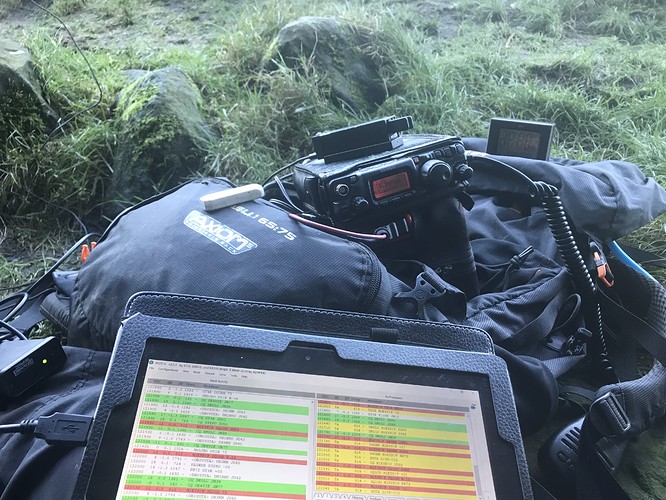 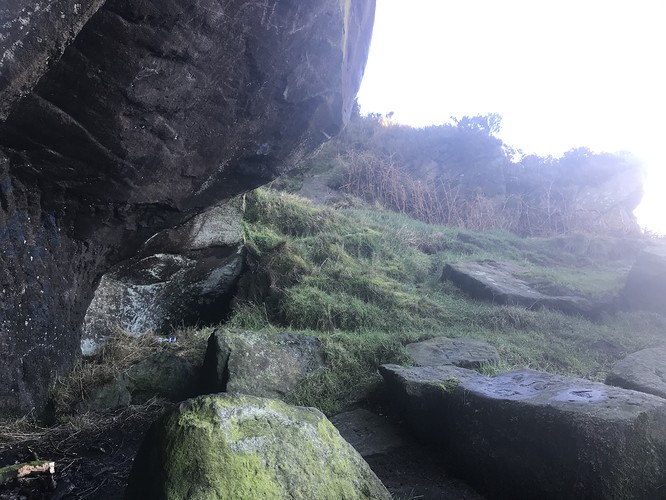 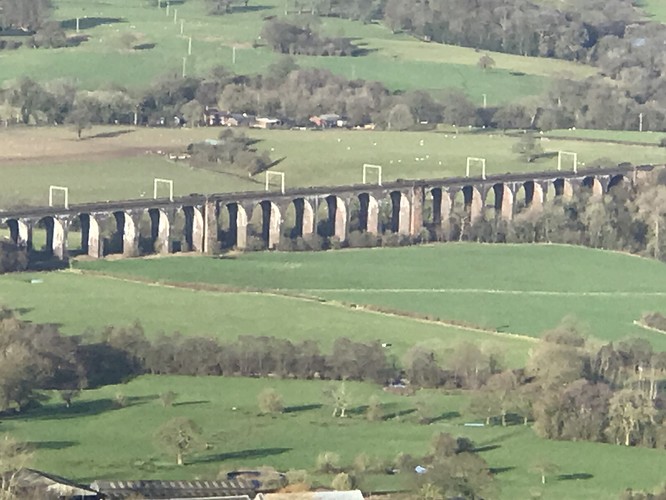 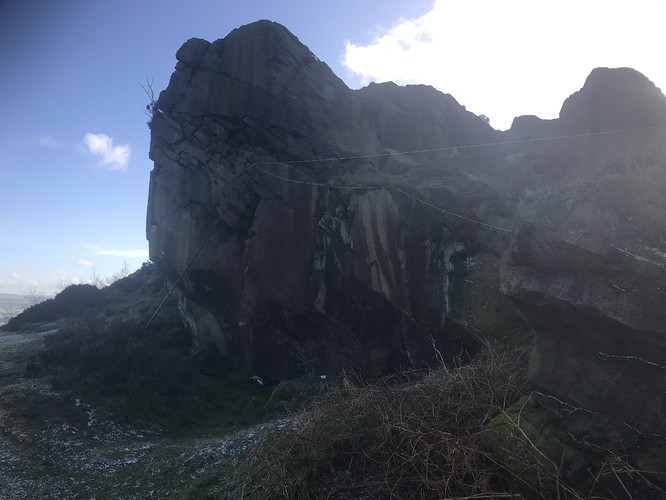 Anyway, I may now have significantly more interest in this band. There seemed to be much more CW activity on 5MHz than I recalled, plus the FT8 frequency was busy. Conversely, SSB was very disappointing and yielded just a single contact despite lots of calling and self-spotting.

It was cold and breezy on Cloud summit, so I set up on the north-eastern ledge, using the small cave as shelter. It was soon apparent that I had put the wrong pole onto my rucksack for it folded in half during set-up! I managed to improvise a solution to get the 60m dipole in the air.

The 2m tally was boosted by another “full set” of the three SOTA chaser couples!

I activated on 60m for the first time in a very long time today. It’s never been a band I’ve particularly enjoyed for some reason, and long gone are the days when it was the prominent HF band for UK SOTA activators

It’s a pity Tom that you thought that about 60m but am glad you are warming to it [again?].

Yes, activity is still low but the more that we SOTA activators use it, the more chasers we are likely to attract [or sadly, vice versa]. It’s my second favourite band [after 30m] and I always try to alert for 60m CW if doing an HF activation. I particularly like it for its NVIS property and get a kick out of working a mixture of local, national and continental stations on the same band.

Tomorrow morning’s activation will be 12m, 10m and 2m. I’ll probably start out on 12m/10m looking for any early openings. I’ll switch to 2m around 0715 and see if I can RX the SSTV image from the ISS at 0757. After that I may check for FT8 activity on 2 before returning to 10 and 12, where there have been good DX openings around 0900 recently.

long gone are the days when it was the prominent HF band for UK SOTA activators.

There are quite a few UK activators still using the traditional Fox frequencies, Tom, mainly FE and FM, my impression is more than are using the WRC band, which is understandable because there are in effect just two WRC frequencies that we can use for SSB and they are often multi-occupied. Sorry I missed you today, I was still off the air with a major re-organisation fitting in between Xmas activities, though this will have changed by the end of the evening.

Tomorrow morning’s activation will be 12m, 10m and 2m. I’ll probably start out on 12m/10m looking for any early openings.

I’ll look out for you in the morning Tom on 10/12m FT8. This morning on 10m I was decoding a ZL for some minutes (called but not worked) and on Xmas day I worked 3B8CW on the FT8 mode. Thanks also for the reminder about the 2m/6m MGM contest on Tuesday. I’ll take a look at that as well.

I’ve cancelled. I was amazed to emerge from my QTH to heavy snow falling and plenty on the ground. i drove out anyway, though it was seriously dicey in places with seemingly none of the main roads having been salted, and obviously not the minor ones.

I tried two approaches to Cloudside, but both foiled when my car could no longer make progress on a section of uphill slippery road. After that, I lost heart to try a third route, and came home.

So I’ve brought the 817 into the shack, connected it to my PC onto which I’ve just installed MMSSTV, and I’ll see if I can RX anything from the ISS in the next ten minutes. Kettle’s just boiled, coffee time… 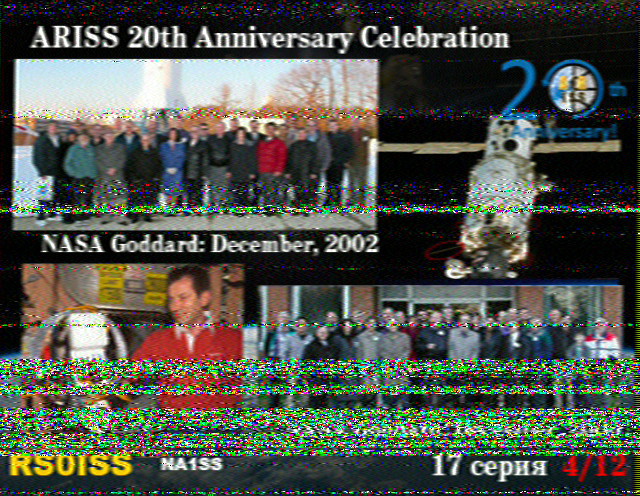 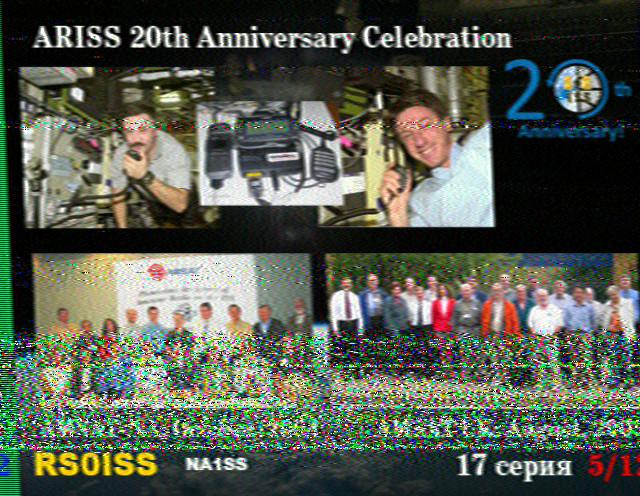