As the original thread reached the maximum 100 posts, I start a second one.
The changes for OK are already visible: Either download https://www.sotadata.org.uk/summitslist.csv
or switch the summit icon to activation count in the SOTA Mapping project. All summits pending deletion have a brown ring. Also hovering over the summit in the summits listing on the left gives an indication. Here the reference in the popup is on red background.

It looks as bad as expected. Scenic summits like OK/PL-023 are deleted. Walking the 4 km from my favourite starting point, I could swear this is a mountain. Another proof, P150 does not really work for the low mountains in Europe - but who cares?

Condolences to the Czech activators.

I could swear this is a mountain

Another proof, P150 does not really work for the low mountains in Europe - but who cares?

Well, Michael, if OK/PL-023 had 150 metres of prominence and had been magically transported to Scotland it would have been worth 4 points. If it had then been magically transported to England it would have been worth 8 points. There are Associations where the one point summits are higher. All these Associations successfully use P=150m as the qualifying metric. What is so mysteriously different about the low mountains in Europe that in your mind justify abandoning a qualifying metric that works everywhere else in the world?

Before we get into the nuts and bolts of P150, perhaps we should remind ourselves that in some cases it is possible to activate a mountain in OK from 7km away in DM. Sorry to Czech activators, but that strikes me as more than a little problematic for the SOTA program. Diversity is one thing, but if activators don’t even need to visit your country to activate there then I think something needs to change.
73 de DL/OE6FEG/P
Matt

but if activators don’t even need to visit your country

The summit only gets one reference now. Not like the 10pt summit in HB0/OE and HB9 ISTR where you could get 30 points by climbing one summit and moving between the 3 countries. Now a border summit belongs to the association where it has the largest AZ unless the AMs agree for it to be in a different association for local reasons.

in some cases it is possible to activate a mountain in OK from 7km away in DM. Sorry to Czech activators, but that strikes me as more than a little problematic for the SOTA program.

I can’t see where the problem is. Contour lines do not stop at state borders, mountains do not stop at state borders. Activation zones can extend to two or even three countries because the mountain can spread to two or three countries. You simply activate using the appropriate callsign for the country that you are in, using the reference of the Association that “owns” the summit. No problem.

Are you aware of this unusual rule of the OK association?

This rule is invalid and should be removed. It is not part of the SOTA rules.

I could swear this is a mountain

Hi Simon,
of course I know OK/PL-023 is not P150. My point was P150 often contradicts personal notion in the low mountains. After several activations I know this mountain quite well and when walking it up it feels very much like a mountain. So SOTA lost a mountain with a distinct summit, a scenic view and a nice walk up. But I know a number of P150 references in DM which are flat plateaus nobody would consider a summit.

Just for fun: You are wrong with P66, too! My German maps extend somewhat to OK and here is my evaluation: 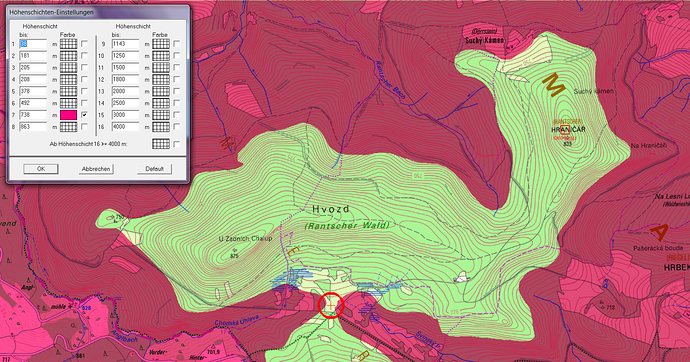 @G8ADD
Brian, you hit the point: The height bands are adjusted to the topography of the corresponding association. But the prominence value is not. Seems, even the MT has found out P150 is not a suitable qualifying metric for FL, HA?, LX, OH, ON, OZ, PA as all these are P100! Please explain to me, how P150 is successfully used to FL … PA.
Yes, I know the decision P150 / P100 in the beginning was arbitrary and later based on summit density. This may sound systematic to you, but the selected thresholds for summit density (2000 km² / summit) and prominence (P150 / P100) are still arbitratry.

The reevaluation of OK would have been a good chance to rethink this arbitrary value - unfortunately a lost chance.

You actually make the case for Simon here, there is a higher summit to the west, and the col of OK/PL-023 is towards this summit, in between the contourlines 765 and 770m. Simon’s assesment is pretty sound.

Of course the col pointed out by you is the col of the 875m summit, but that is also only P139 so not enough for SOTA

Just for fun: You are wrong with P66, too! My German maps extend somewhat to OK and here is my evaluation:

Actually no, as you can see from your map. It is subsidiary to the higher summit (875m) to the west-south-west. Actually that summit comes close to qualifying. (It was never listed as an OK summit)

The reevaluation of OK would have been a good chance to rethink this arbitrary value - unfortunately a lost chance.

No sir! P150 and the allowance of P100 for Associations poorly supplied with summits is arbitrary, as would be any pair of numbers. The point is that they work. Let us concentrate on P150 as it applies to the vast majority of summits worldwide. Why P150? Well one reason is that it approximates to 500 feet which in pre-metric days was a bit of a magic number for dividing summits where SOTA started. Another reason is that in general it allows a good number of summits without them becoming astronomical. It defines a summit which will be above average and distinct. It also (should) eliminate argument!

A summit either has valid prominence or it doesn’t. If we allowed summits purely on the basis that they felt like a mountain, had a nice shape and a good view then there would be endless arguments about which mountains to include and which ones to leave out, which ones had a nice shape or a good view, because these are individual aesthetic judgements. Another argument that has increasing force as time goes on is that this is the SOTA way so why change it? The time has long gone when P150 could be changed without argument and upheaval. Changing the rule to preserve 783 Czech summits affects 149,219 summits in the rest of the world, reducing prominance increases the number of summits and each new summit has to be individually verified, assigned a name (not the easiest of jobs in itself!) and added to the ARMs. All this while the summit team is busy developing new Associations. No, it is too much work for too little gain, and there are never enough people ready to do the hard work - look at how the revision of OK had to be done by a member of the MT because no OK ham was prepared to help. You are stuck with P150.

Edit : the ruthless machine is on its way

Thank you very much Eric for the information.

I think is the last time you can see that 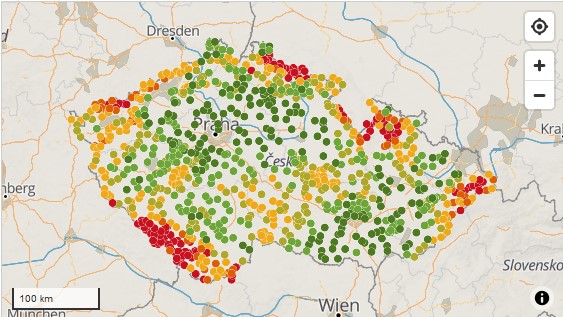 Worked only 574 unique summits and is a very good memory !
Just a thought for those who planned and paid for a vacation there in August !

The operation was successful, but the patient died.

Karel, I am making allowances for your disappointment, but your snarky comments are flirting dangerously with our acceptable use policy. 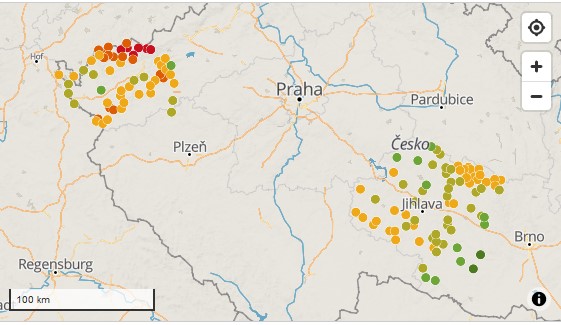 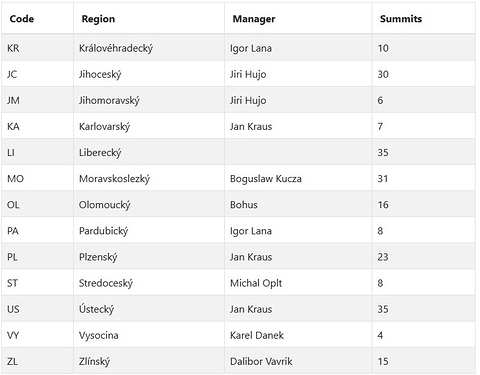