A little birdy tells me that Colin, M1BUU, has achieved Mountain Goat today on a wild and windy Whernside (G/NP-004).
A hearty congratulations.

Quite apart from the wind, rain and cold, I believe Colin will be along, when he’s had time to defrost, to tell us just how hard the qualifying activation was 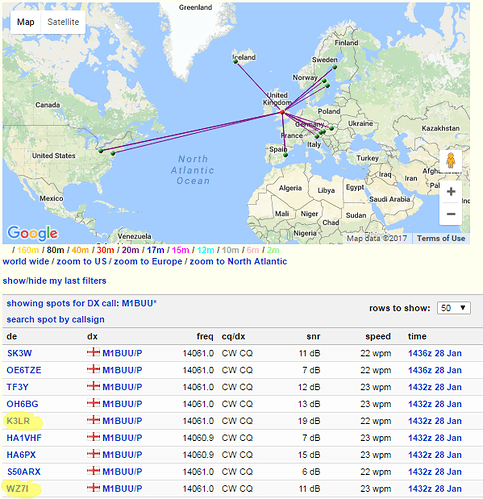 Congratulations Colin and welcome to the herd.

I know how hard you have worked towards this moment and your dedication to your cw activations and your qrp homebrew kits. Well done.

Congrats Colin and very happy to hear and work you!

Well done Colin. Many congratulations. All the best for the next 1000.

Very many congratulations on your achievement Colin. MG is no mean feat and you have undergone every kind of privation in order to get there. Enjoy the euphoria. It’s well earned. 73 John

TBH, I don’t feel that I will write a full report, not sure who reads that stuff anyway!

I started with SOTA way back in 2004, aged 24. Just after I found SOTA, I also found love - Fiona and I will celebrate our 10th wedding anniversary in April. You know how the story goes…

Winter time has generally been quiet in terms of family stuff, so it’s generally this time of year when I activate, usually January to March. Extreme ironing (also called EI) is an extreme sport in which people take ironing boards to remote locations and iron items of clothing. According to the Extreme Ironing Bureau, extreme ironing is "the latest danger sport that combines the thrills of an extreme outdoor activity with the satisfaction of a well-pressed shirt." Part of the attraction and interest the media has shown towards extreme ironing seems to center on the issue of whether it is really a sport or not. It is widely consider...


Being a prolific builder of radio kits, I thought I would do my own twist on Extreme Ironing - Extreme Solder Ironing!

Today was the day. I took a RockMite kit, a home made key kit and a home made vertical antenna kit up to the summit of Whernside G/NP-004. I assembled the kits using a gas powered soldering iron. Thankfully I took my little tent with me, the weather wasn’t exactly tropical.

The kits went together well and the RockMite fired up first time without any debugging, although the building took much longer than I had reckoned.

I was late on air, but eventually Barry N1EU found me for my first contact. Shortly after followed SP9AMH, OH9XX and finally EU2MM to earn me my needed points. Mountain Goat was in the bag! The QSB was very evident today, QSO’s were tough, except with OH9XX, who was ear blasting.

Firing up the FT817 (I intended to share my success with as many as possible!), I worked a handful more stations on CW and SSB, but my time was rapidly dwindling. 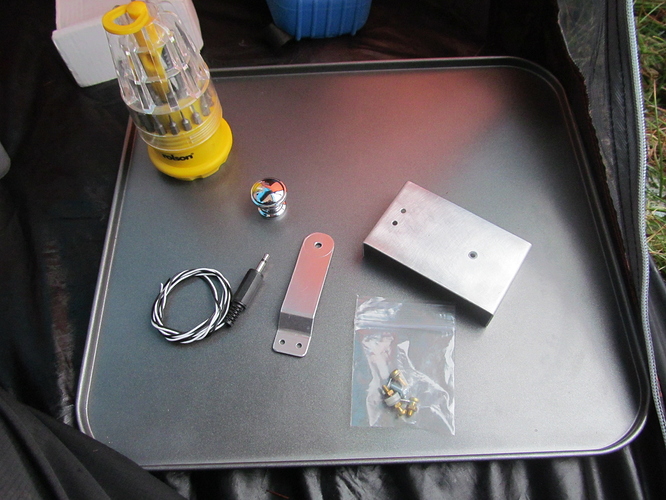 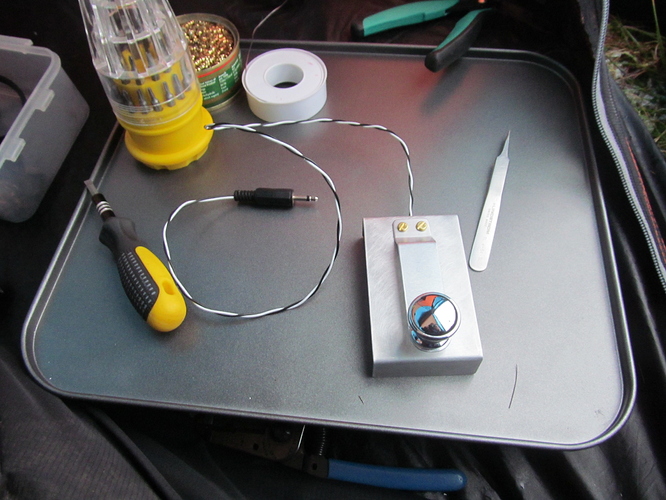 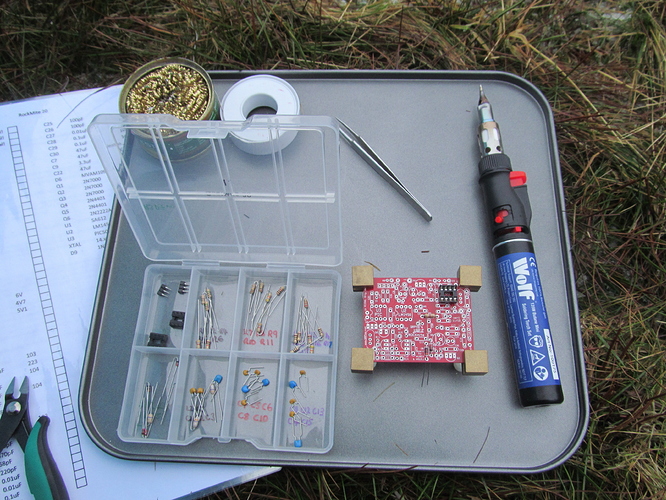 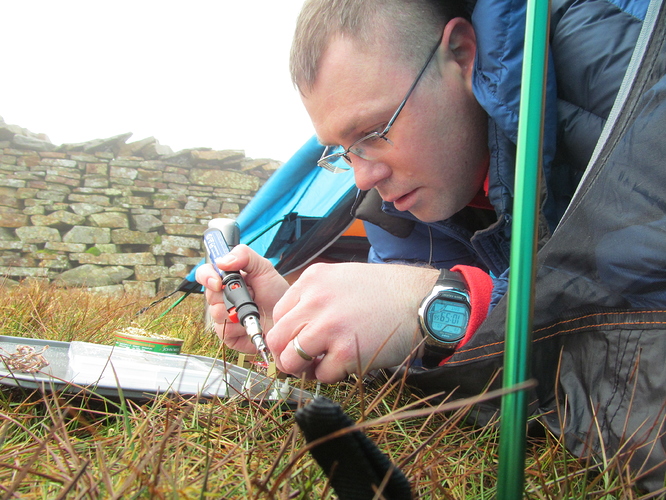 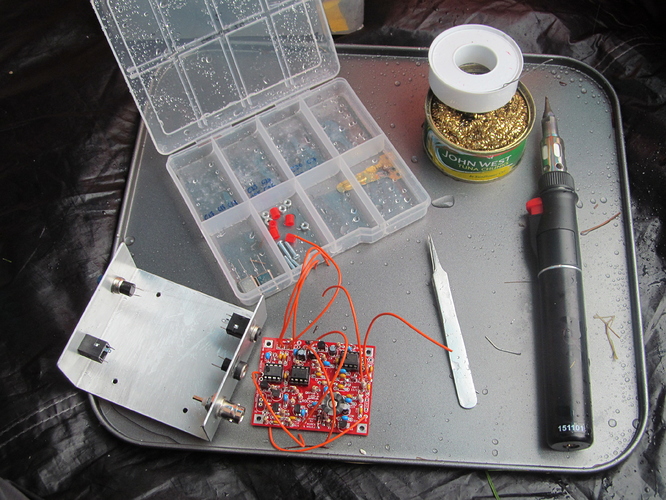 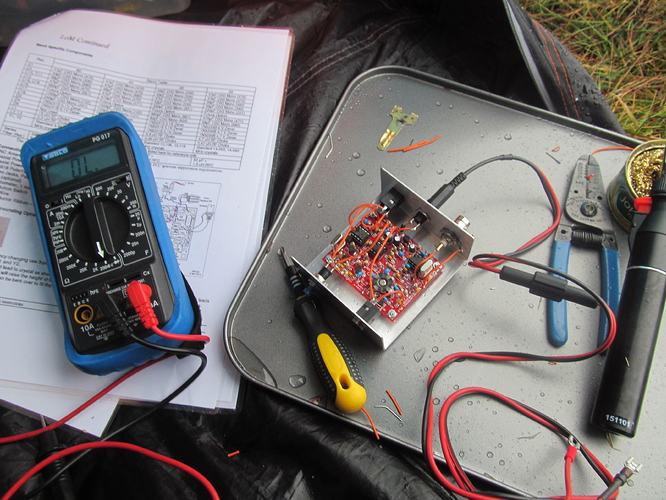 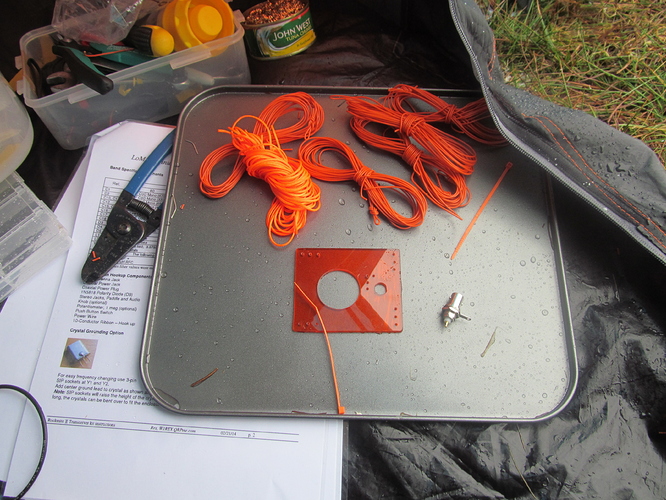 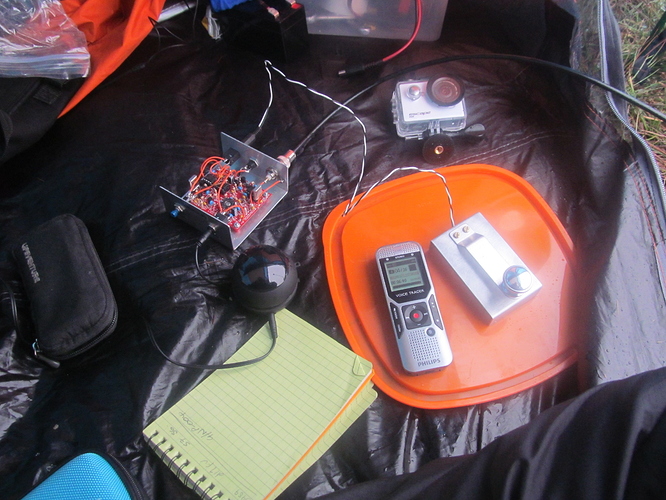 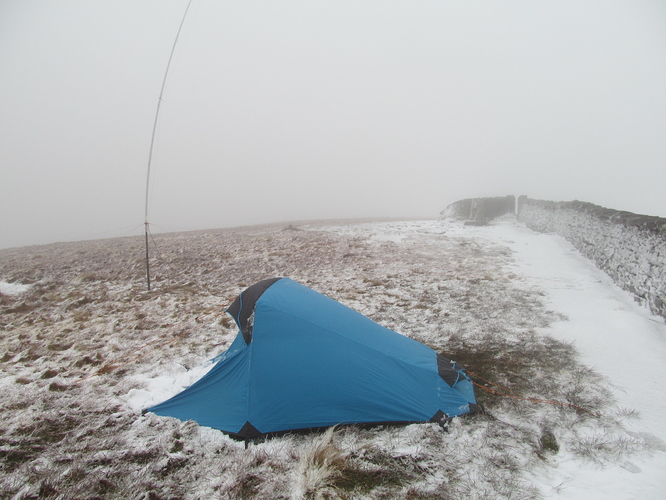 Finally, I’d like to say thanks for all the support given by numerous SOTA paticipants over the years, There’s a number of great, inspirational people we’ve lost in that time and I think about lots of them all the time. Roger G4OWG was particularly on my mind today as I learned of the route I took today from one of his posts. I never met Roger in person, but he was a keen chaser and fairly local to me.

Edit - I forgot to put forward my thanks -

Thanks to Dennis G6YBC (Kanga Products) for sponsoring a RockMite ][ ver. 1 PCB

Also thanks to Pete G4ISJ for supplying the solder!

Well done Colin, that is certainly “doing it the hard way”

Wow! …when I wrote my initial congratulatory remarks I never thought you had taken this approach to celebrate your MG day…this will certainly go down in the SOTA history books

Congratulations Colin. And constructing your radio for the MG activation AFTER reaching the summit? Wow - that is quite something! It’s difficult to find anything to do that is a “first” in SOTA 15 years in, but you could well have come up with one here! Amazing!

An amazing way to achieve it… I still haven’t got round to finishing the Rockmite clone I started building in the comfort of my shack five years ago :-s

Congrats Colin, hope to get you in the log someday.

Big effort to build the rig in those conditions.

Totally bonkers, but what a great idea!

Well done Colin (on the ironing and the MG)!

Well done Colin a great effort and twist to the activation.