Bad start but a great day

Upon finishing the few chores I had I decided I didn’t have time to get to the lakes so my backup was buckden pike in the sales with a possibility of birks fell if I was fast or had time.
Upon arriving at the carpark as described by G4OBK on road just to North of Buckden. I got ready and set off down the road to get to the footpath. Half way down the hill however I had forgotten my two trekking poles. Back up the hill, collect poles final check and then set off back down said hil. Got 3/4 way down the hill when I realised I’d forgot the small piece of important equipment, coax. Back up this hill, back to car, got coax, did I final check yet again and this time after 20minutes of walking up and down a tarmac road I set off, again. The going was good, the weather was great, lovely sunny day, hardly any wind not hot to make it uncomfortable. Ground was boggy and wet most of the way until you hit a nice renovated hard standing path on the strap section. I got some strange looks with my 10m fishing pole strapped to my rucksack( thinking of getting smaller one as it’s 1.2m compressed and quite heavy.) Finally some older people questioned me and I had to explain myself. I left them thoroughly excited that I was going to talk to the world from the top of the hill. Half way up the steep section I decided not to rush and get two hills in but to enjoy the day and have a leisurely activation on top. The summit came out of nowhere, there were a few false summits I had read about so it was a surprise when the trig point appeared.
I took in the view took some photos and thought I’d walk to the war memorial to also scout out a quiet activation area. It was along this walk my 2m handheld which was on my chest strap decided to start picking up people. I hastily took my rucksack off when g1foa/p called cq sota, as I needed my log. So I got him then another shout came to work both me and Pete I think he was called. Turned out he was on a welsh summit nw44. So I hadn’t even set my station up and had got 2 s2s and so I thought I’d give out a shout on 2m while I was here and got a few more calls in the logbook. I had already activated the suit by now but as it was a lovely day and in no rush I went to find a dry SE tion of ground on the other side of the stone wall in which to setup my HF station. While setting up my HF station, which I still need practise to get a speedy procedure down of pat, I got some more s2s QSO’s on 2m from the lake district.
After I set up my EFHW antenna for 20m I switched my TS480 on the a loud noise of contest stations. I found a relatively clear frequency as close to 14.285 as even though I had full three network signal coming up the summit I had none on top to spot me. I called cq and an OH3 came straight back. No pileup ensued but a steady stream came and some notable ones being Canada and an RV9 station. After a while I was getting no takers to my cq and there were more contest ppl on nearby frequency’s drowning me out. So I set about taking my station down and heard more chatter on my 2m handheld, this time a father and daughter team both licensed in the Lakes doing wota, so I gave them a call and she was 10 years old and they had both done 50 summits over the Easter break! Which I thought was very good going.
All packed up and photos took I set off down back to the car. By Jove I was tired when I got home, probably partly hungry and a little dehydrated by the sneaky sun that wasn’t very hot but constant.
It was on the way down I realised that it was a super sota day and it was better than rushing round to get as many points as possible. The day was definitely quality over quantity.
73
Anthony
M0ved 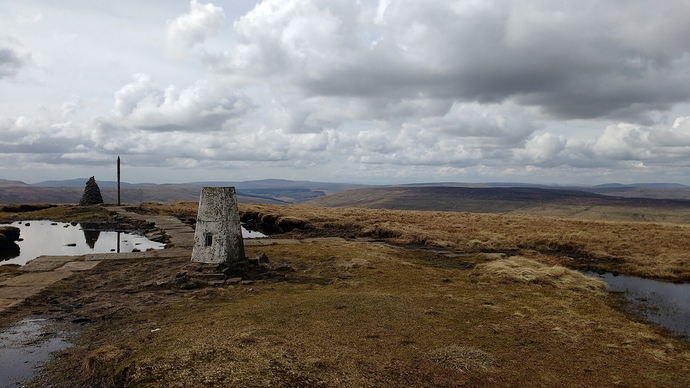 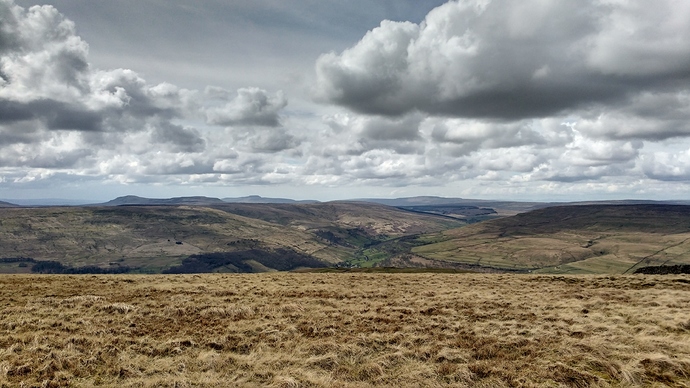 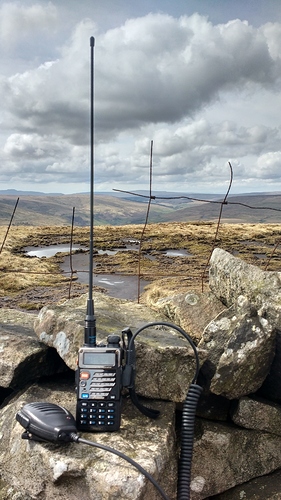 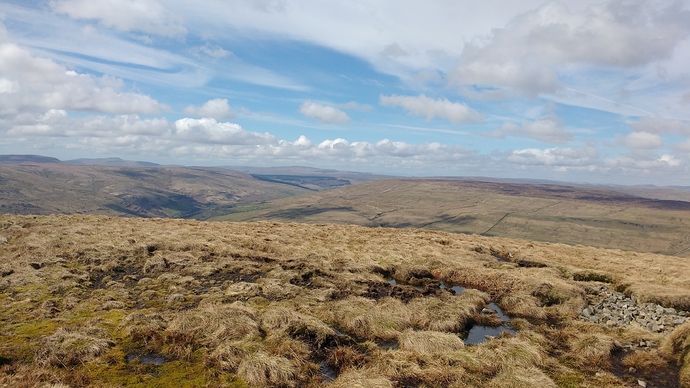 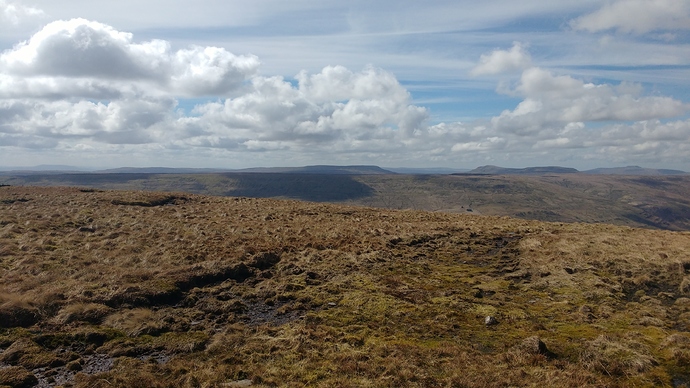 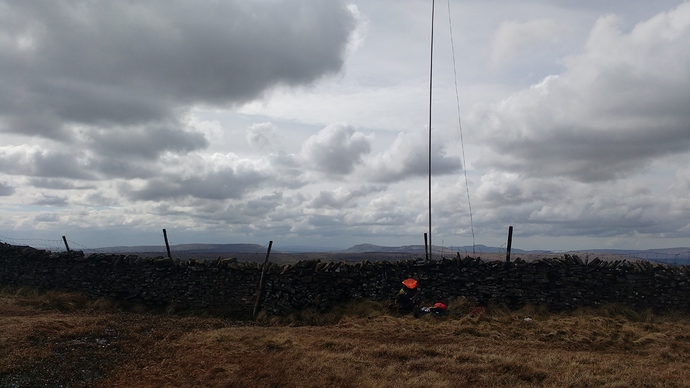 Thanks for the report, Anthony,

I’ve rarely carried out multiple activations in a same day as I’ve found it too stressful and far less enjoyable than a calmed, rushless, single activation, so I fully agree with the lesson you learned thanks to having had to come back twice to the car to pick up forgotten things.
Smart people do always learn from mistakes.

Well done Anthony. Just back from a fantastic day on NP-020, so I empathise with you