On the final day of my winter sports holiday in the excellent resort of Pamporovo we decided to head over to the alternative slope of Mechi chal. It takes around 25 minutes on a skibus from the Snezhanka base area to reach the single operational four man chair lift. The advantage of Mechi chal over Snezhanka is that it is very quiet in comparison. I was told that the slope can be quite icy given the aspect but there has been so much snow that this didn’t present a major challenge. 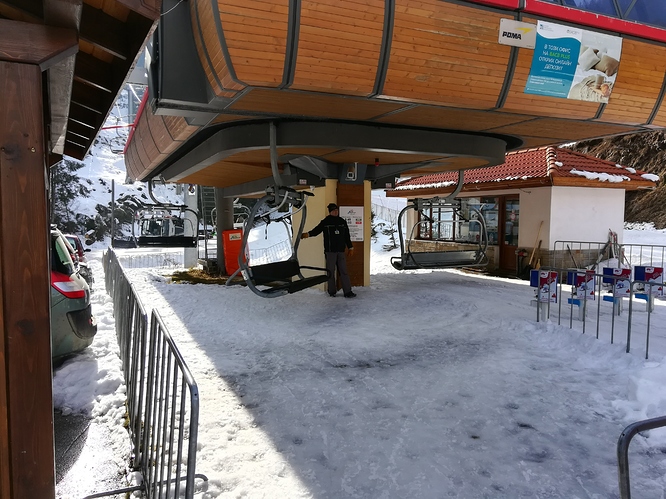 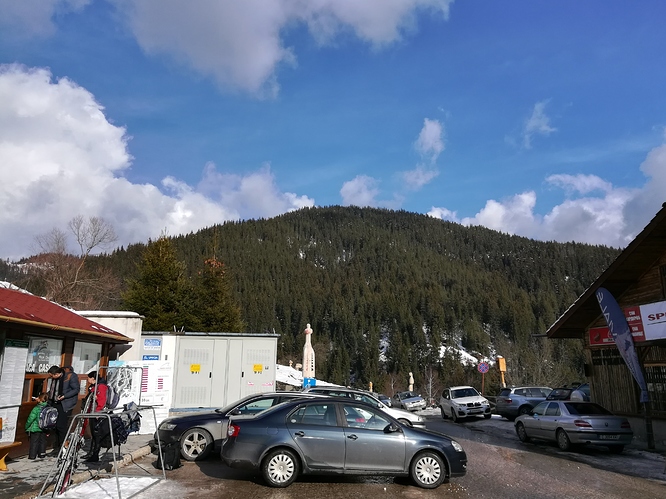 Although some maps show two chair lifts actually there is only one in operation. The other lift has all the towers and pulleys but no cable or running gear.

After a 20 minute ascent via a mid-station and passing over a nice variety of antennas and dishes towards the top you reach the fairly flat summit. 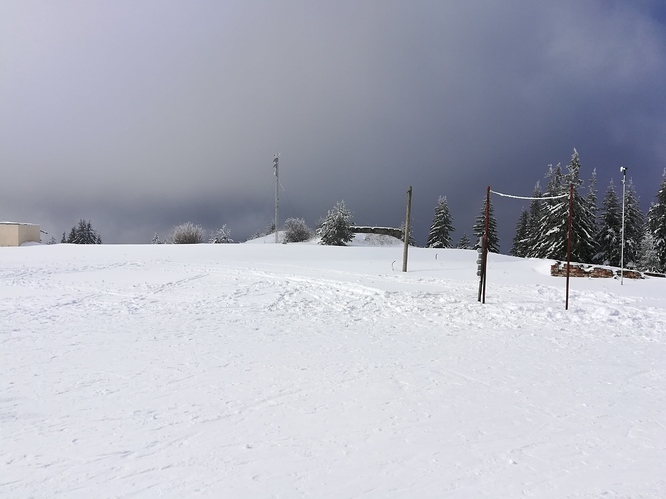 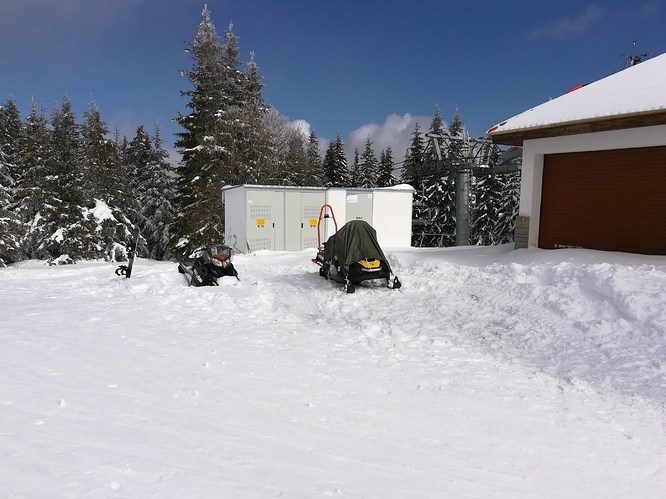 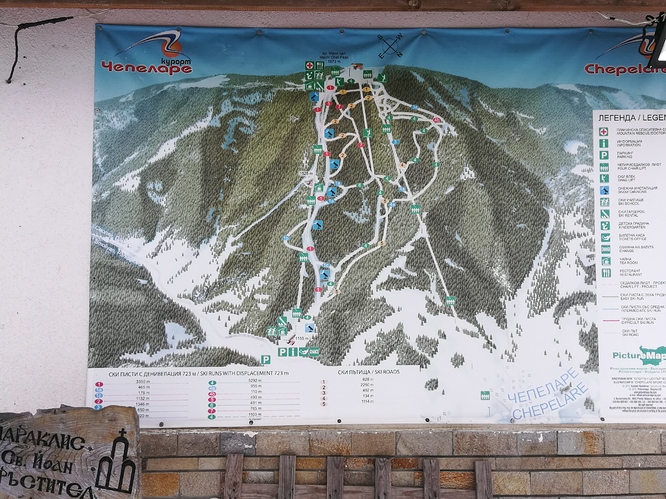 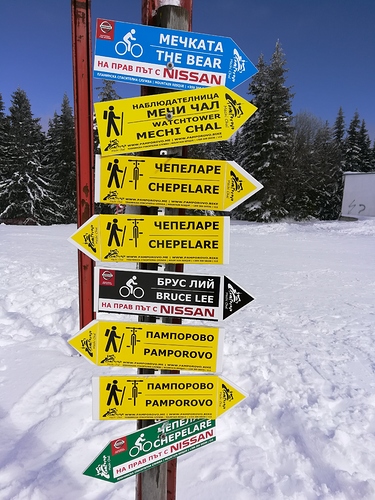 The issue I faced at this point was identifying a suitable support for my antenna. Having not brought either my standard 8m pole or compact 10m pole I previously had to resort to throwing a line up into a tree.

We did several runs down the mountain including a blue one (quite flat - not so good for Snowboarders) and I noticed that there were a number of disused pylons lining the start of the blue run. I was told there was originally an army base at the top - presumably these were a throwback from then. Once lunchtime arrived I took a look and decided the one closest to the highest restaurant on the mountain would make an excellent support and would be well within the activation zone. 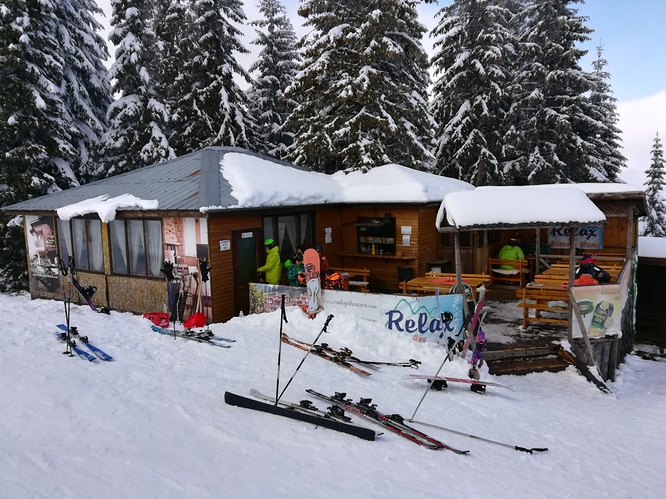 Note that if you decide to eat at this particular restaurant be sure to visit the ‘toilets’ which consist of a wooden shack with a hole in the floor - slightly larger for the ladies! 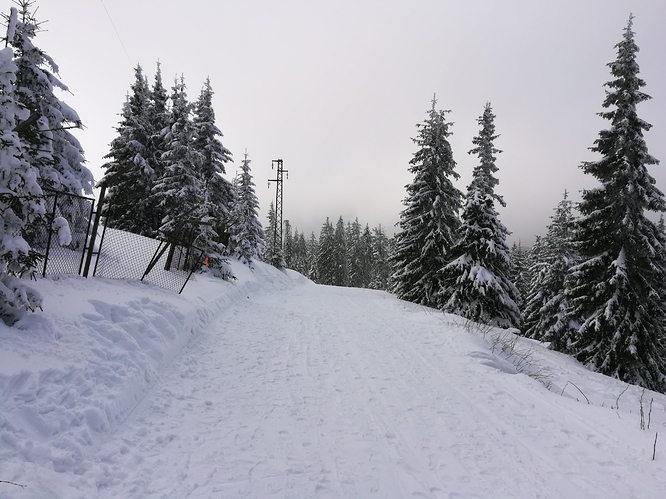 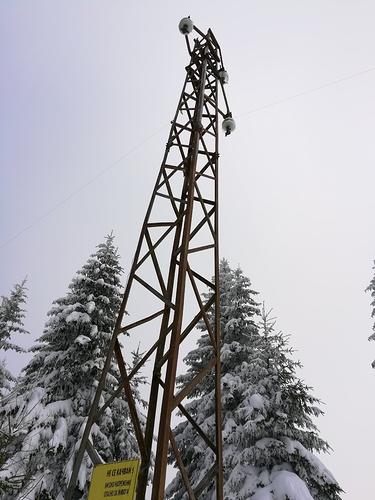 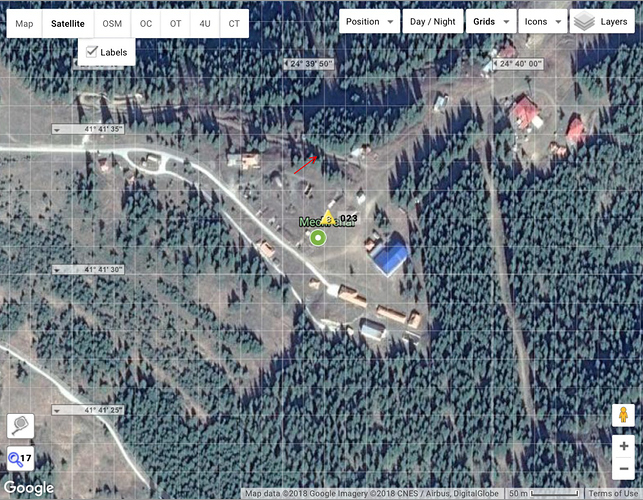 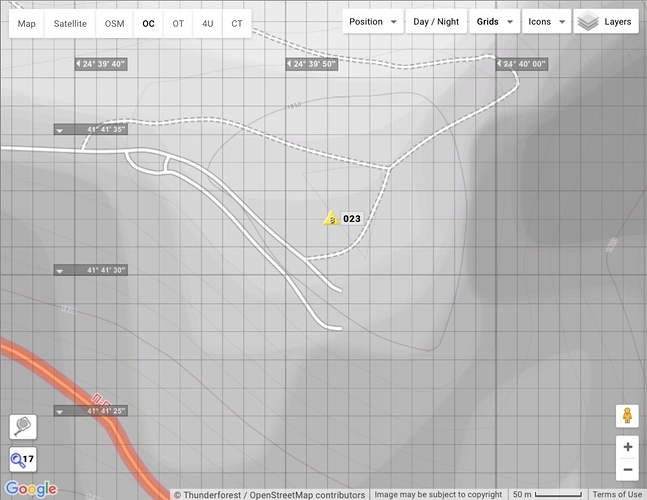 Not sure what the various skiers thought of a snowboarder scaling a pylon with a wire antenna but lets face it, we’re a fairly odd breed! The only issue I had during the activation was the need to repeatedly drop the legs of the dipole to connect crocodile clips thus extending the antenna from 20m to 40m then 80m. This resulted in several climbs but by the end I was quite getting the hang of it! 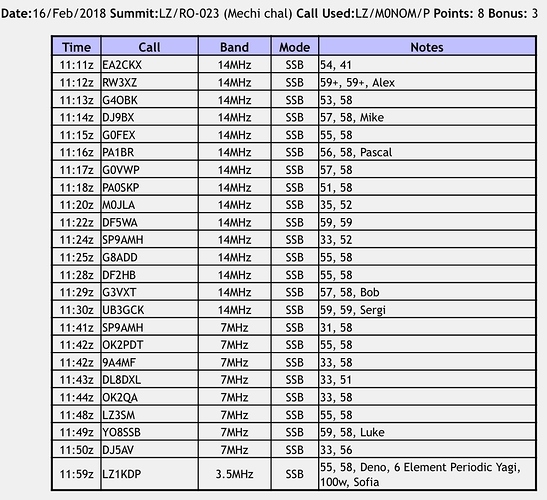 The FT-817 did an admirable job with the internal battery and 5w override. Once again self-spotting via the UK SMS gateway worked a treat. On 20m there was considerable QSB which made completing some of the QSOs a little more protracted than usual. A good run on 20m followed by 40m had me fully extending the dipole for 80m which I knew, if a contact was made, would be a first for this summit. Luckily Deno at the Students Radio Club in Sofia came back to my call using a 6 Element Periodic Yagi and 100w to complete the first 80m QSO.

Here is the view from the activation point showing the unused hardware of the 2nd chair lift: 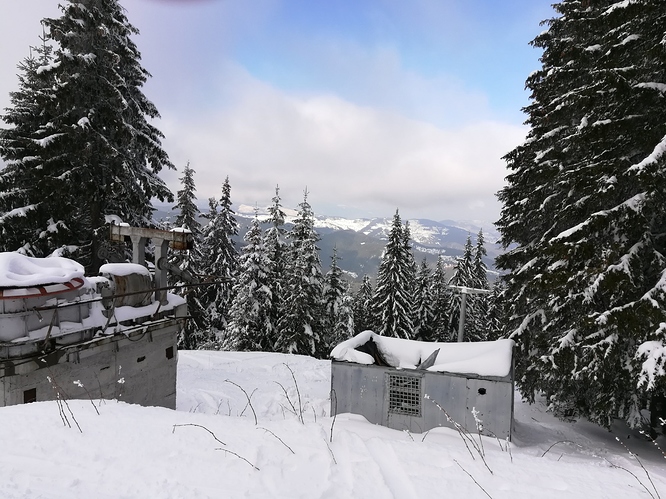 I caught up with my wife and eldest daughter for another couple of runs which then completed the ‘sport’ part of my holiday, although the day extended well into the evening when safely back at the Snezhanka Hotel in Pamporovo. 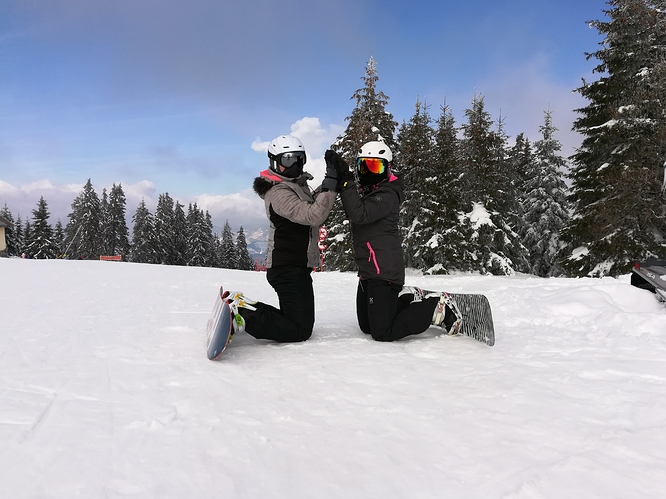 What a beautiful country Bulgaria is - I can highly recommend a visit - the people are remarkably friendly and accommodating.

Our holiday next year is already booked. It would be great to have another go at activating Perelik and certainly I will make time to activate Snezhanka.

Thanks to all the chasers. If you are interested in how you sounded to me, here are recordings of the 20m QSOs and 40m/80m QSOs.

Back to English summits now for a while, although I may re-activate Snaefell on the Isle of Man when next over in March.