The forecast for Wednesday was fine and luckily a had time. So I planned to activate Grosser Beerberg (great berry hill) DM/TH-001. A large region around is well known for winter sport, for many good prepared ski-tracks. And my plan was:

This was the plan. Somewhere on the first ski-track I took an other way and made it to 13 km. No problem, the weather and the landscape were beautiful and I had enough time. 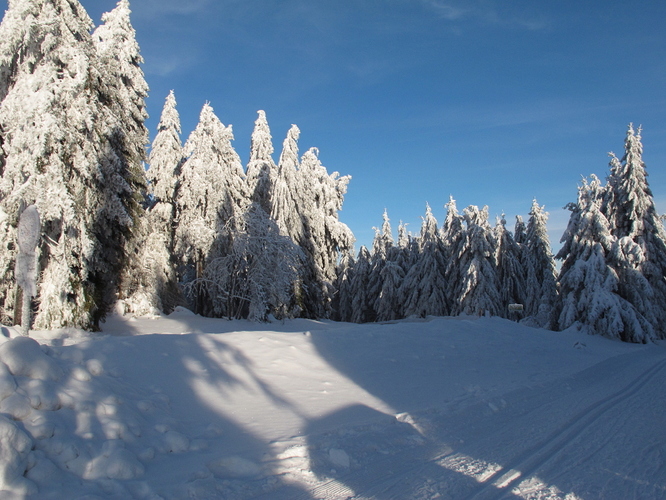 The next challenge was the amount of snow. Normally two tables and four benches are good to place the station. Here a photo from 2017. 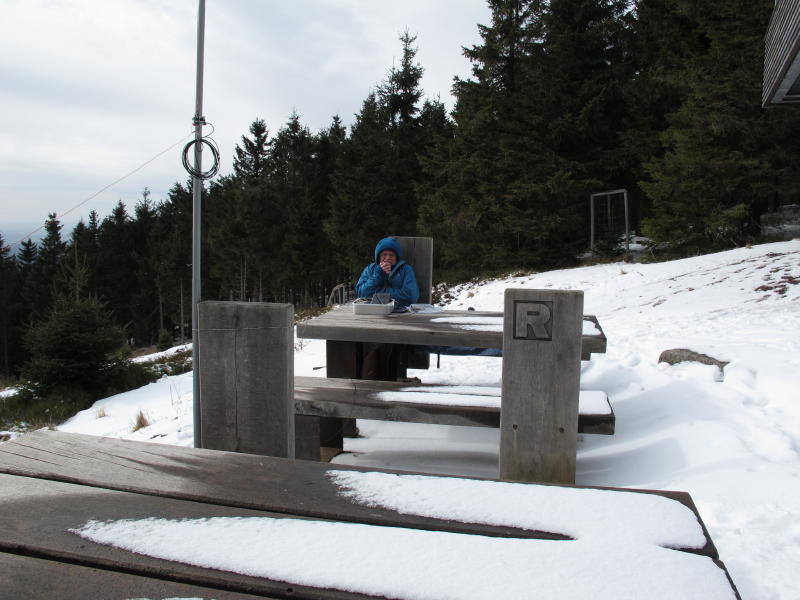 In this year only the upper parts of the high backrests were to be seen above the snow. 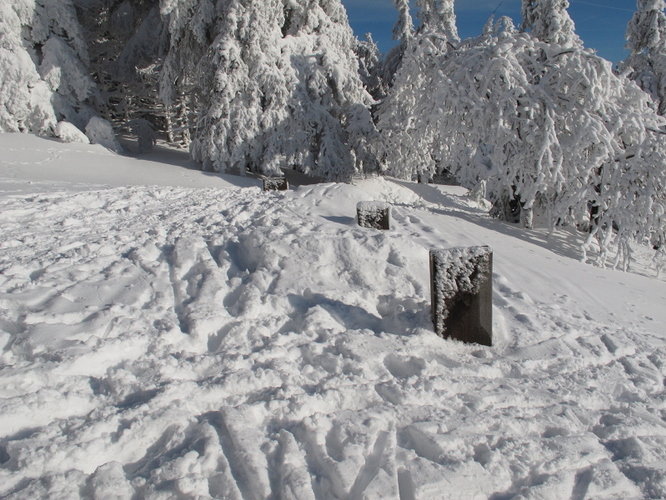 The best fix points for the dipole are not reachable because of to much snow. I put the rucksack on a plastic tarp on the snow and put the plastic case with the station on it. 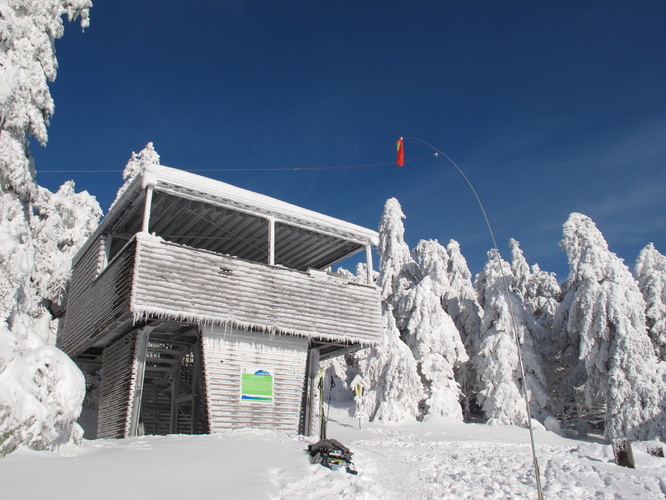 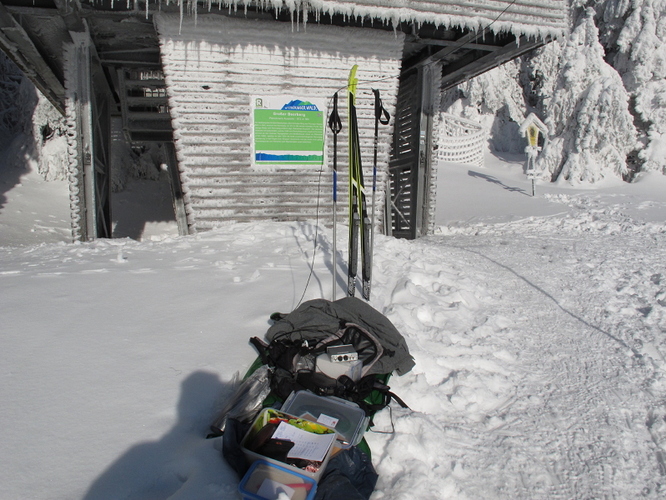 The snow was aslope, the box slipped down. I put the ATU and the TRX on the rucksack and some seconds later both slipped down in the snow. What a good day. Calling on 40 m brought me 3 contacts in 4 minutes but nothing else. Changing to 20 m was wast of time. The band was more dead than alive. Calling 15 minutes without success. To cower in the snow in front of the station were fine for the legs. Back to 40 m was ok, 8 contacts in 12 minutes. 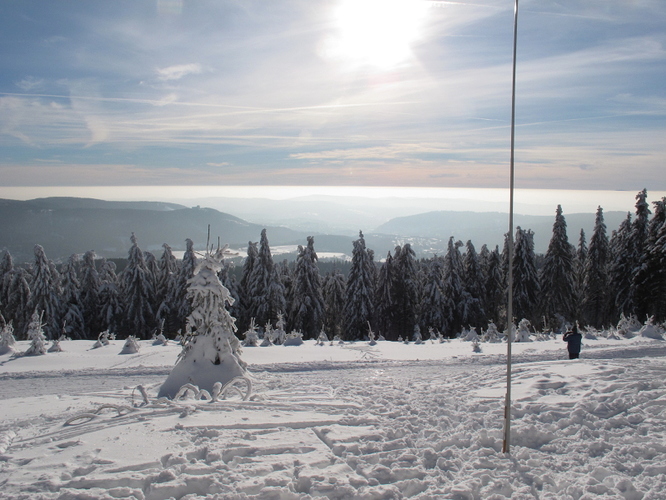 Now store the station and back the 2 km to the car. 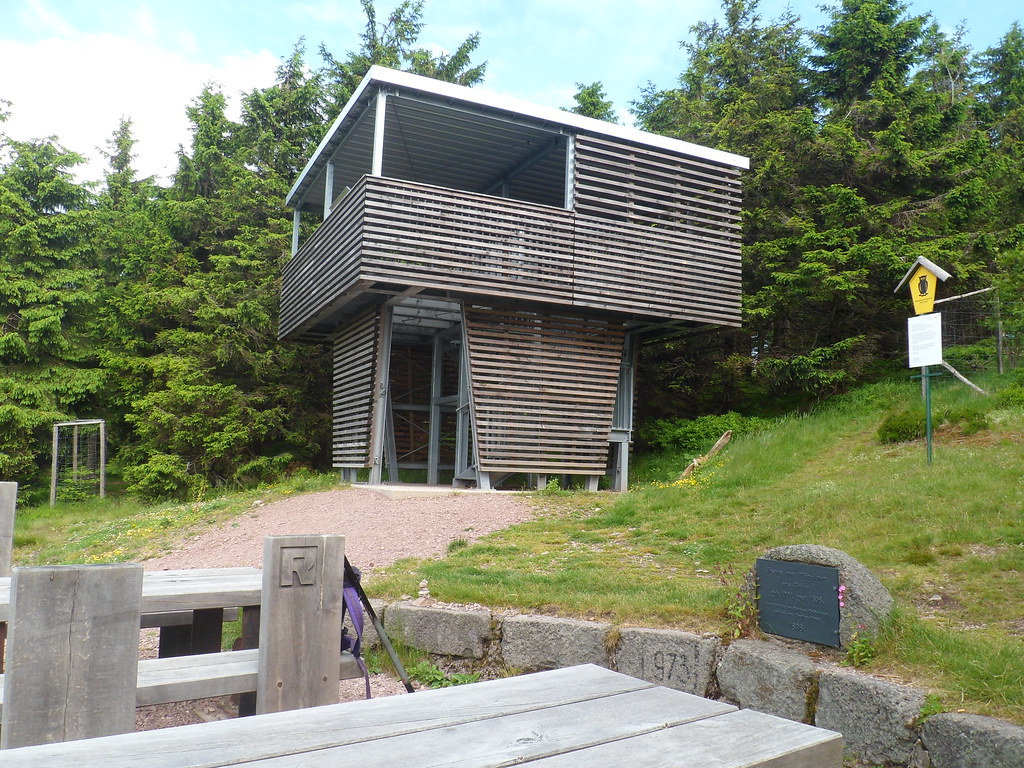 Hi Ludwig, I activated the summit in the summer. I went to the true summit but later found out it was a biosphere reserve which is patroled by rangers so I was lucky. The comfortable seat is within the AZ

Thanks Ludwig for the QSO and very nice photos from activation!

Very poor conditions on 40m band with deep QSB and glad to have you in the log.