Today I am very happy to be able to share with you a splendid and incredible day in the mountains and radio: together with Luca Iz0Fyl we have decided to activate the western peak of Corno Grande I/AB-301 2912 mt. the highest peak of the Central Apennines, the most important mountain for us enthusiasts who live in central Italy. The choice was not to climb the classic “normal” route but think of a climbing route with passages of 1, 2 and 3 degrees called “direttissima” which allows you to reach the summit through a very steep channel. 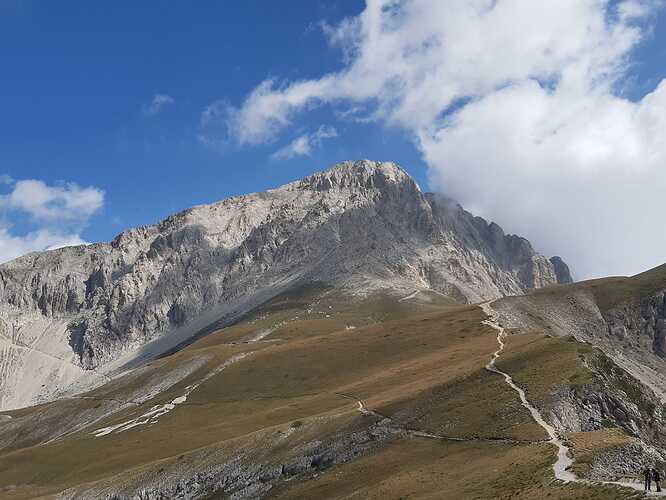 Today was with variable weather, rain was expected but in the afternoon, so we left early from Rome and went to Abruzzo. In two hours by car we reached Campo Imperatore where the path towards the Gran Sasso begins. In about 2 hours and 20 minutes we reached the top, making several mountaineering passages but without encountering great difficulties. 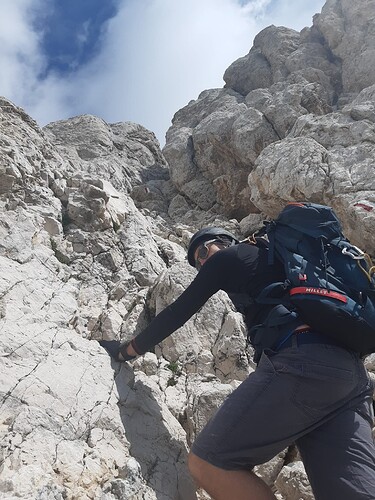 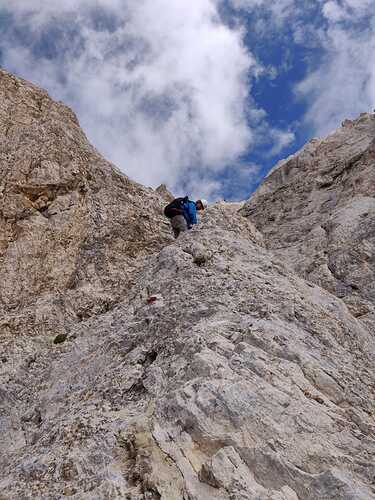 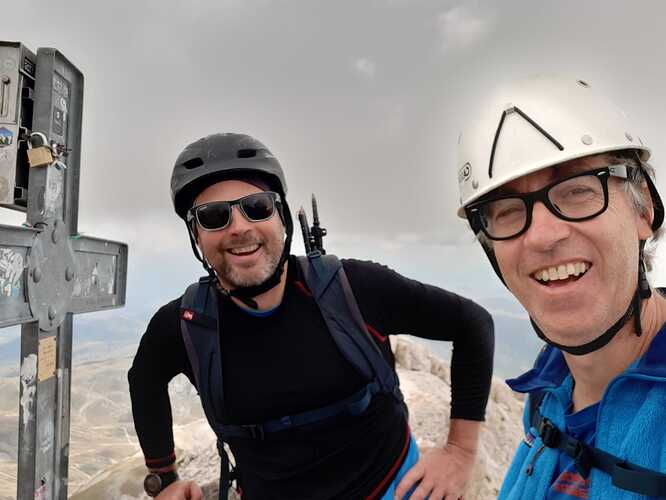 At the summit we installed our Sota station with an antenna created by Luca that uses the base of a modified Miracle Antenna with a tripod and a new stylus. 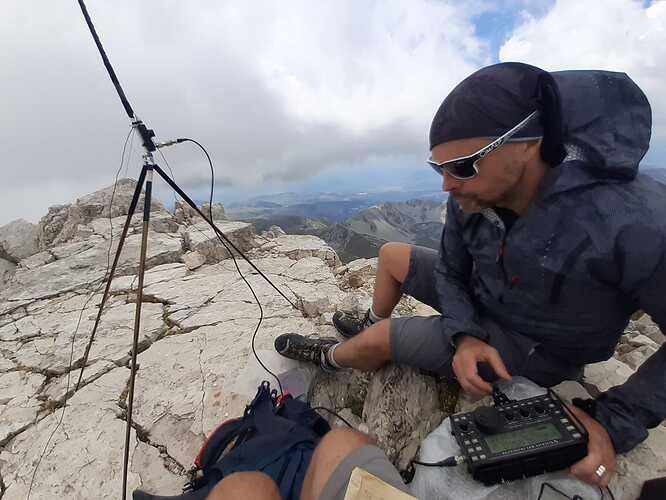 We did a few QSOs on 20 and 30 meters cw and ssb (9 me and 6 luca) because the weather was rapidly changing, and we started the descent for another life, very scenic called “the way of the crests”. In about 2 hours we returned to Campo Imperatore where it started to rain but at that point, we were calm and enjoyed a beer and a little rest. Overall an incredible activation, the ascent to Gran Sasso is one of the strongest mountain experiences I’ve ever had, and being able to activate the summit, even if only for a short time, was fantastic! 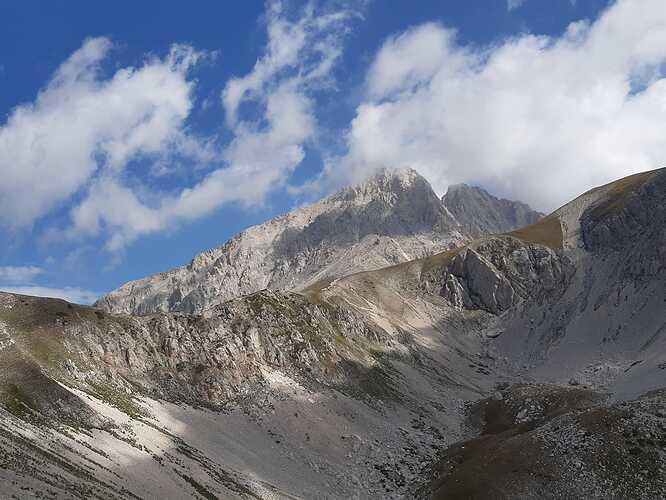 Fabulous pictures Andrea, thank you for sharing. The rocky scrambly route shows a necessity for the safety helmets. Despite the compromise antenna used you were still 549 in north east England.

Thanks for the qso Phil !!

Good outing! The way least travelled and avoiding the crowds.

Great report guys with photos. Thanks for sharing.

Great report and congratulations to your successful activation! Very motivating to go routes which require more than hiking.

I tried chasing you handheld with the KX2+AX1 in the garden of our holiday house near Cortona (southern Tuscany) but the noise floor here is quite high and also maybe a bit too close for the bands you used. I heard you in the noise but could not copy. Next time then!

Hi both, a great success in your part of the country! This is something to talk about even after years!