The summit is located 33 km south east from the capital city Skopje. The access by car is possible close to the summit from where a 5 minute walk is needed to the top. The summit is about 3 - 4 km from the main transit road from/to Greece.
The equipment used was Alinco DX-70 T, power reduced 5 to 50 w, inv-vee link dipole for 40/30/20m, 12v 7Ah battery, 5 m fishing pole, morse hand key, and hand mic.
I usually start the activation on 7 MHz CW. The first QSOs were with HA7UL, DL1FU, OK1FHD and DL2DXA. As promised I made efort to use also SSB. On 7.116 I made 6 QSOs, including a short conversation with Ogi, 9A7W who spotted me on SOTAwatch2, but after 10-15 minutes of CQ-ing I made only a few QSOs and decided to QSY on 14.285. After more than 5 minutes of CQ-ing with power of 50w only one non-chaser station from Italy answered my call. I heard that GW1INK is calling CQ on the same chanel and tried several times to call him, but he didn’t copy me this time. I QSY-ed to 14.059-060 where was called by a few chasers. Shortly after I visited again 14.285 and started CQ and was called by GW1INK for s2s QSO. After few wasted CQ-calls on SSB I decided to go to 10.118 where had only two callers. When the battery was nearly flat I made a two additional QSOs on 7Mhz CW including s2s with HA5TI/p.
The activation ended with total of 60 QSOs (47 on 40m, 2 on 30 m, 11 on 20 m). Most of the time I was running 50 w both CW and SSB, but made almost the same amount of QSOs compared to my previous activations when I was using QRP 5w on CW and 50 w on SSB. 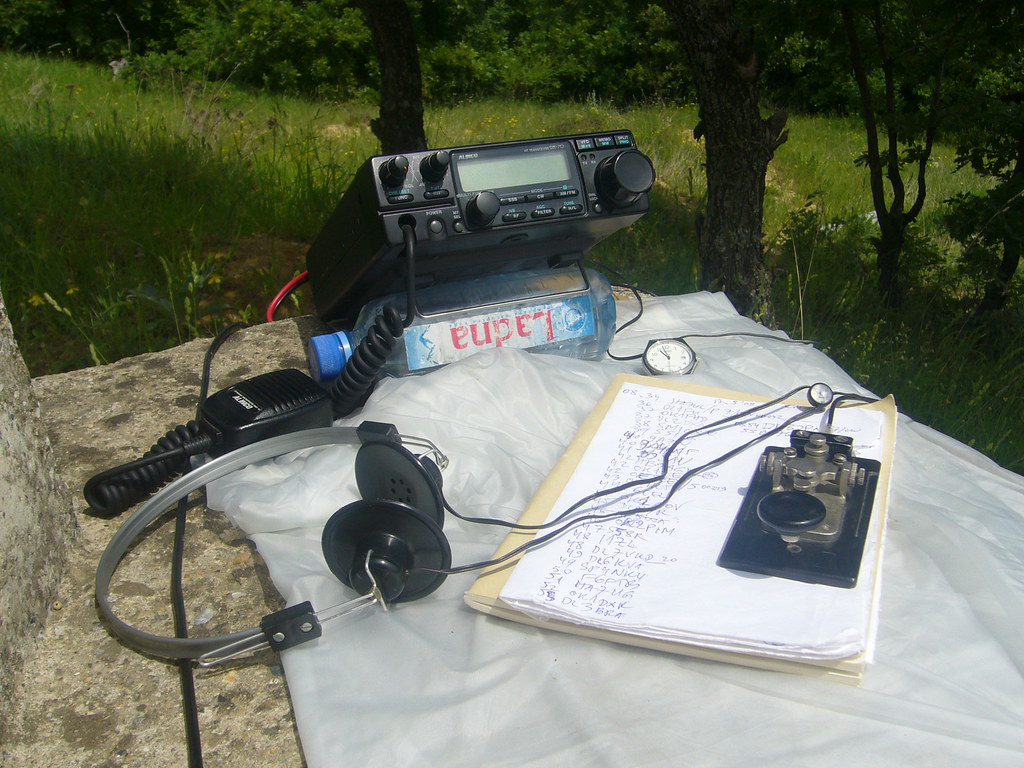 In reply to Z35M:
Hi Vlado,
your experience is similar to mine:
40 m cw is THE band/mode to go. There is always someone monitoring 7.032 MHz in the daytime and you can generate a nice pile-up quickly.
When I tried ssb and/or 30 m, I have only wasted time and battery power for just a few QSOs. Nevertheless, I still try to QSY there if I have some time left after the 40 m cw pile-up is over.
Enjoy SOTA!
Ruda OK2QA

In reply to OK2QA:
So far I’m the only SOTA activator from Macedonia and like to give oportunity also to SSB chasers.
Macedonia is located more distant from the chasers most populated areas and to go on higher bands sometimes is needed.
To be QRV on 7032 KHz is golden standard for CW activators.
As the conditions improve on higher bands we must to establish habit to operate more on/around the same frequencies (14058, 21058, 28058 KHz e.t.c.).
The key for success is to operate on frequencies where the chasers listern.
I know that SOTA can’t have their own frequencies, but nobody can complain if we establish our habits always leaving space for the others. Not only SOTA, but also the rest of HAM groups with special interest (QRP, IOTA, e.t.c) can’t claim their own frequencies.
The self spotting helps, but this is stil not used by majority of activators. In the same time, when you are on the summit usually you can’t watch spots to find a potential s2s QSOs, and you can catch them only if they are operating on/around so-called SOTA frequencies.