Yet another activator on Höchsten DM/BW-854 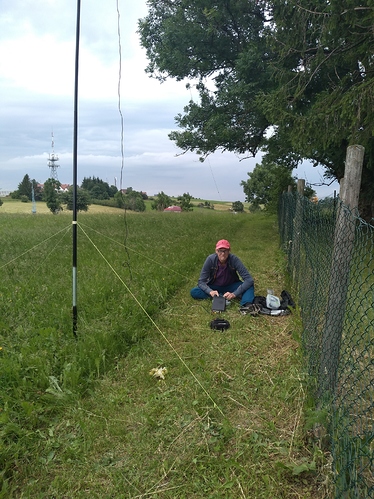 Similar busy summit at Gehrenberg DM/BW-348 as well, as one activator leaves another arrived!

Just as I was packing up, Laurent F8CZI appeared on the bandstand. I quickly plugged the KX2 back in and he got his four contacts: 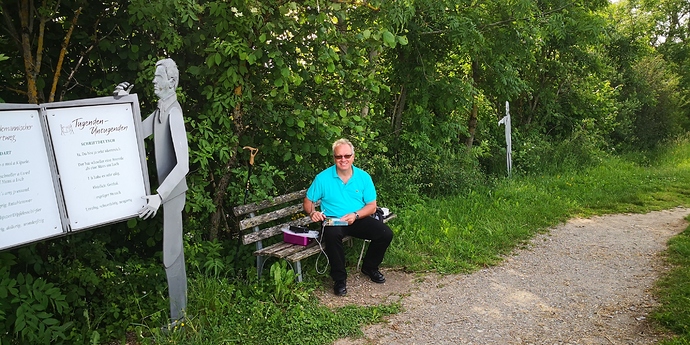 It was nice to meet up with so many hams on the same summit. Thanks to all the chasers who stayed on the bands to work us all.
73 de OE6FEG
Matt

Now here’s a funny story … and again proof that I’m terrible with faces …
When I arrived at the same summit, Herbert, OE9HRV had already taken the bench at the bandstand, and was on 20m.
So I went around and found Matt, OE6FEG, setting up, and asked what band he would use … he said 10m, and later 40m.
Ok, so I decided to do some 30m CW then, and walked to the next bench.
Important detail : Matt was wearing a hat when I met him.

My activation went so and so, not a pile up, but enough contacts …
In the middle of my activation, a bald guy came to me and said “I’m Finnish” (at least that’s what I heard, I had my headphones on, and was concentrated on the CW … and I only had looked up half and half).
I said “Finnish ? I was expecting a Swedish ham”
(I had been in contact with Jaan via DD5LP, but we hadn’t really agreed on some joint activation …)
The bald guy replied “No , it’s me Matt … I have finished activating on 40m, so you can use 40m now if you like !”
HAHAHA … I am sooo bad with faces, so sorry Matt … but it’s all in the “hat” you see …
73,
Luc ON7DQ 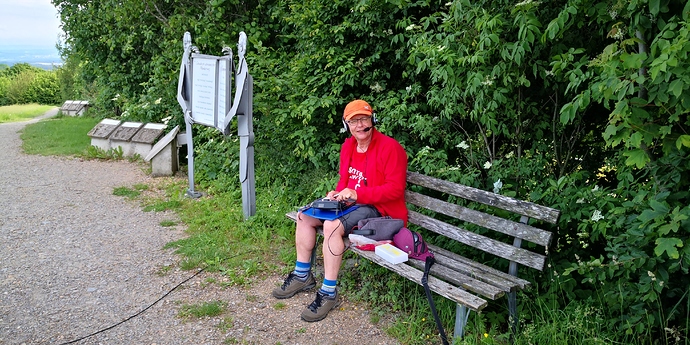 A rather bemused Luc

I am sooo bad with faces

Me too! It’s called prosopagnosia!