Having already activated Worcestershire Beacon this year I was out on Saturday, just for fun. At home near Wotton-under-Edge the temperature was only just above freezing at around 6.30am but the temperature slowly rose until it was about 11 or 12 degrees by the time I reached the car park. I had seen the night before that Jorden M3TMX was planning also planning the activate Worcestershire Beacon that day at the start of a three summit trip with Bredon Hill (G/CE-003) and Cleeve Hill (G/CE-001) to follow. I wondered if I might see Jorden on the way. Activating mainly in the South West and and occasionally South Wales I don’t often meet other SOTA operators and I was keen to see if our paths would cross.

I was monitoring the 2m calling channel on the way up and close to the summit I heard Jordan calling. I was second into his log and I let him know that I was on the way and would look out for him. We had both opted to walk up the east side of the hill, out of the wind and it wasn’t long before I caught up with him. It was great to spend some time chatting and hearing about his SOTA adventures – I really hope our paths cross again, and not just on the air. 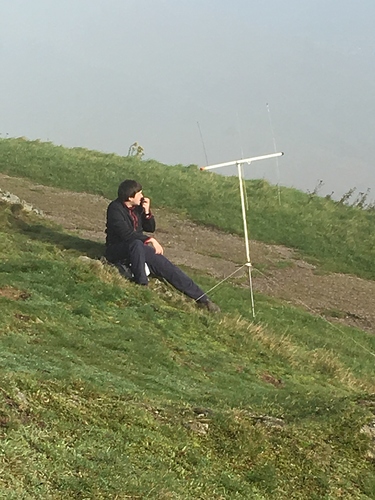 I had wanted to try and do some chasing on 20m and set up around the corner from Jordan’s spot with only a low dipole. 20m was absolutely packed and I really couldn’t find a clear frequency, I tried a couple put with terrible QRM I soon realised that it would be a struggle. I tried for a few s2s but with no luck. It was certainly windy and I was starting to get cold so I thought I would give 2m SSB a go. I remembered that last time that I activated Worcestershire Beacon (back in June) I had got a good run of contacts. This time, first in the log was Simon, G6AHX, not far away in Tewkesbury. I realised that conditions were good when my next contact was Mike, 2E0OOM near Gravesend in Kent at a distance of almost 200km. G3RMD, Frank in Cheltenham followed and then I heard a very distant call, I soon realised that the call was an F5 and after a bit of a struggle (not helped by the wind at my end) I made out F5UBH, Toullec not far from Dieppe at about 300km. I have worked the Channel Islands from Brightstone Down (G/SE-012) on the Isle of Wight before by that was my first SOTA contact into France on 2m. 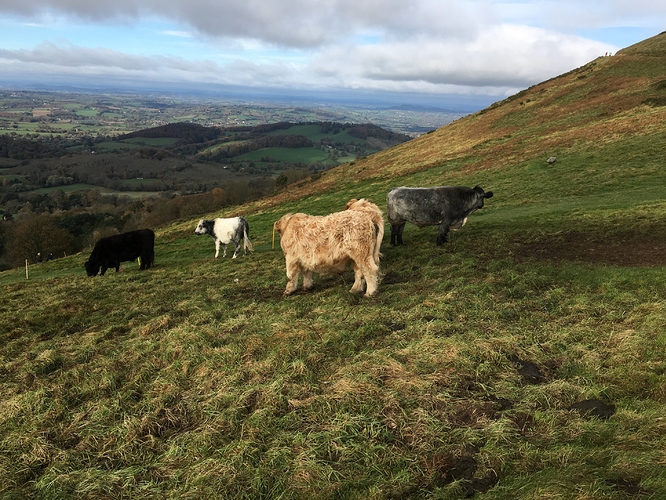 These guys didn’t have to worry about staying warm!

I had hoped to stay and catch Jordan for an s2s on Bredon Hill but it was getting cold and threatening rain so I decided to call it a day around lunchtime and enjoyed a pleasant walk back to the car. The highlights of the day were meeting a fellow operator and working France on 2m SSB with just 5 watts from the FT-817.

Likewise! The trip for myself was quite last minute, as I had been waiting for a new battery for my handheld VX-170 for a few weeks. Conveniently, the battery arrived on the Friday, which meant I could try it out over the weekend, so I thought it would be the perfect opportunity to visit a few of the more “local” hills, Worcestershire Beacon being one of them.

With travel and walking time being shorter than I was used to, I didn’t leave the house until 8:15am, filling up the car before taking the M42 and M5 towards Worcester and then to Malvern. Parking up by the Quarry on the West side at 09:35 (sorry Martin, I got my compass wrong!) I ascended fairly quickly, with the assistance of the wind from about half way. After having a nice chat with a local who had been up the hill on Thursday, I set up the gear and started the activation. Similarly to Martin, I had noticed his alert the night before, so I kept an ear out for him, hoping our paths would cross during the morning and, sure enough, he was my second contact. Not long after, he appeared and we had a great chat about our endeavours, which included my wish in getting the FT-817 in order for me to use SSB on the hills. Martin then revealed said radio and let me have an on-hands look, which made me want one all the more. He then disappeared to set up his gear and so I could finish my activation. After I had packed up at 10:35, I said my goodbyes and shot off back down the hill. I, of course, kept the handheld on so I could grab the chaser point on the way down! 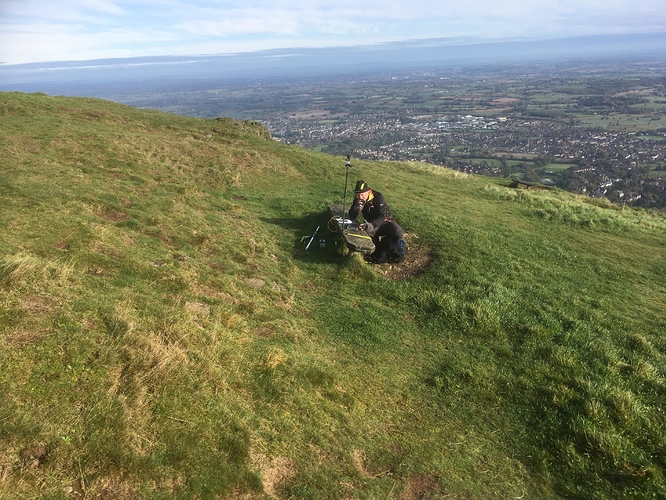 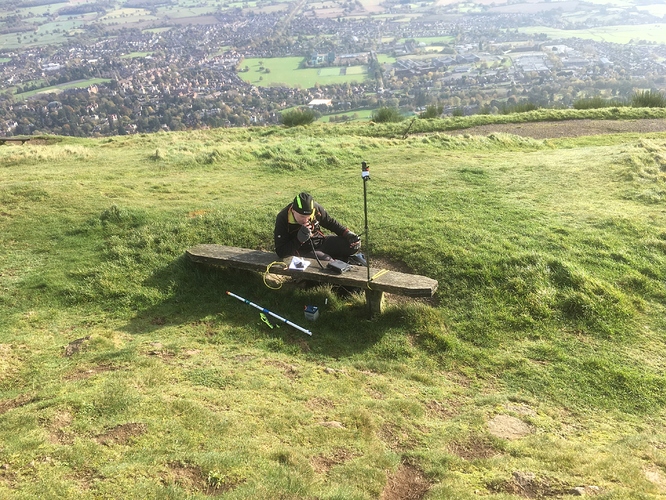 At this point, I was still half an hour ahead of schedule, so I decided to head over to Bredon Hill before devouring my lunch. Past activations had allowed me to decipher that the single track road from Pershore was the best route and, to be fair, it really was. I took the last available spot at the end of the road at 11:45 and headed along the straight
-line path towards the summit. The tower was in sight about half way up, but it felt like it took forever to reach the summit compared to Worcestershire Beacon, which had popped up out of nowhere. 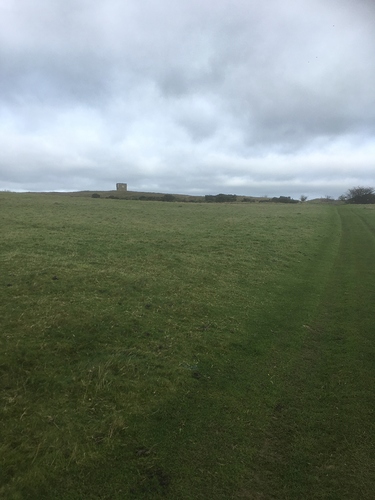 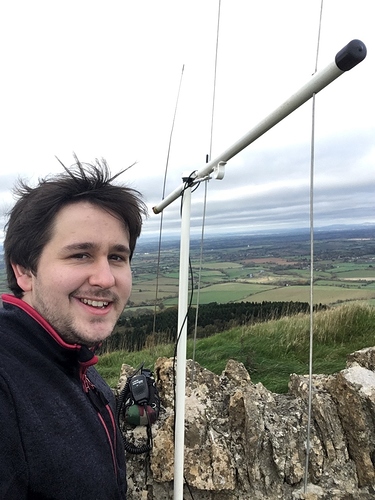 I placed myself on the wall not far from the tower and enjoyed the second activation of the day, collecting almost a dozen contacts. I did hope to get an S2S with Martin, but, having had no response from him through my calls, I concluded he had left the summit and packed myself up at 13:10 for the flat(ish) trek back to the car.

My 40 minute drive to the final hill of the day was straightforward, although I did have to navigate past horses, a tractor and a few excited crowds walking to the Cheltenham Races. Arriving at the main carpark at 14:15 by the masts at the top of Cleeve Common, I could just make out where the summit was and, needless to say, the trip to it was as simple as you can get. 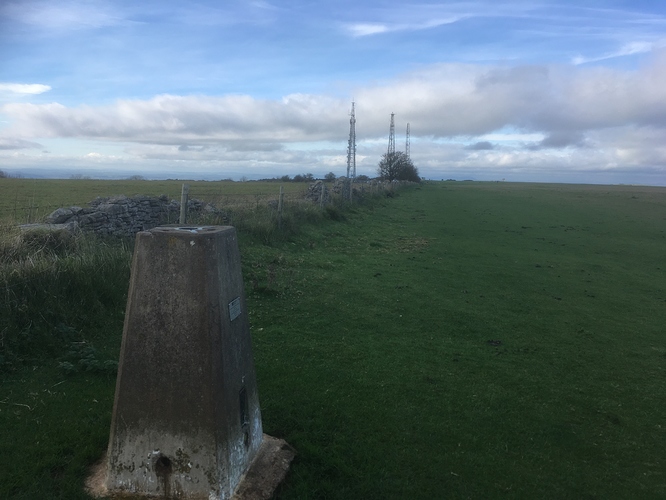 Once again, I propped myself on the fencing I had walked along to reach the summit and activated it with ease thanks to the team of chasers based, more or less, at the bottom of the hill. The battery I was testing died during this time, so I was very happy with the purchase. After 20 minutes on the summit and having made repeated calls on S20, I packed up and headed back to the car. This was just before 3pm, so I could enjoy the drive home listening to 5 Live and listen intently as Stoke held their own against a rather poor Watford side.

3 activator points, 1 chaser point, a lovely meeting with a fellow activator and a really enjoyable day out!