Well, it was work that involved me having a bass guitar hung from my left shoulder, and quite a few miles of driving, so just about justifies the “SOTA on Tour” treatment.

With the studio session due to commence at noon BST, I was thinking about giving the monster 30m GP antenna an outing ahead of the Big Day on Saturday. I had some final modifications to make to it, and had all the components with me - and enough time - or so I thought.

That was before a large lorry shed its large load all over the anticlockwise carriageway of the M60 between the Trafford Centre and the M61 interchange, causing significant delays.

I still had time for an activation, but the time window had shrunk from large groundplane antenna modifying size, to 2m FM handheld rubber duck size. Still, as I often console myself with, this may be considered the very purest form of SOTA, and part of John G3WGV’s original inspiration for the scheme! 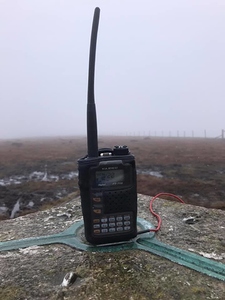 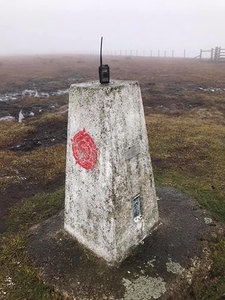 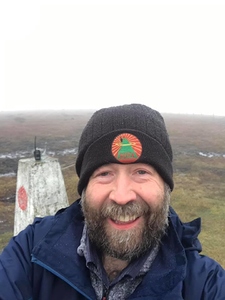 It was a cold and very foggy morning on Winter Hill G/SP-010 summit. From the trig point, you couldn’t even see the most nearby masts, and there was no visual evidence whatsoever of the huge main mast, that normally dominates the eastern horizon from most of the North West of England! Snow was falling throughout the activation. Winter-the-season was still lurking around in early April on Winter-the-Hill. 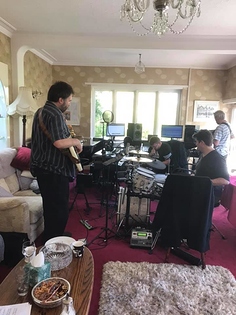 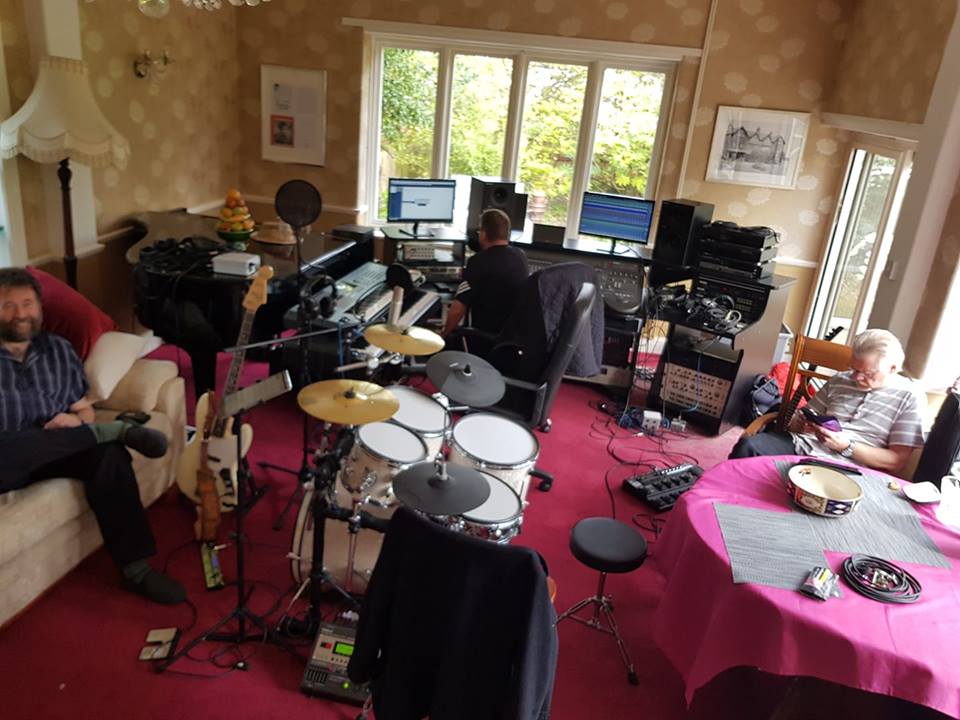 I self-spotted for 144.6125MHz C4FM (Fusion), and while walking to the trig point, I heard a chaser call me asking if I was there! This was Roy G0SLR in Warrington, and was my one and only contact on the digital voice mode. Three more were added on “normal” (analogue) 2m FM before I completed my commute to Blackpool.

The band caught up with each other having last met up for the Hull gig back in early January. “Have you been up a mountain?” was the predictable question when I arrived of course! We laid down the tracks for three more songs for the upcoming album, and were done by 5pm.

I briefly considered bagging another activation before heading home - but I couldn’t be bothered. Shame on me.