A Tuesday afternoon, after work escape

I left for work at 0300z and that’s when the snow started falling. It didn’t stop until 1900z that evening. I really wanted to get out for an activation, as I missed the snow and I have missed SOTA! The only hill that I could think of that would be reasonable in the weather was Ben Newe GM/ES-053.

1330z I left home and trundled over to Strathdon and then the short drive up Glen Buchat to the Ben Newe car park. 8 miles. Virgin snow - no one else daft enough to go out today. The usual walking route is still blocked by windfallen trees, so I legged it up the downhill mountain bike track instead. Even under a covering of snow, the track was still just visible. Soon enough this led to a firebreak, then a traverse, before finally climbing open slopes towards the partially wooded summit. The final part of the ascent was in a whiteout at times. 30 mins, 1.7km and 215m ascent. 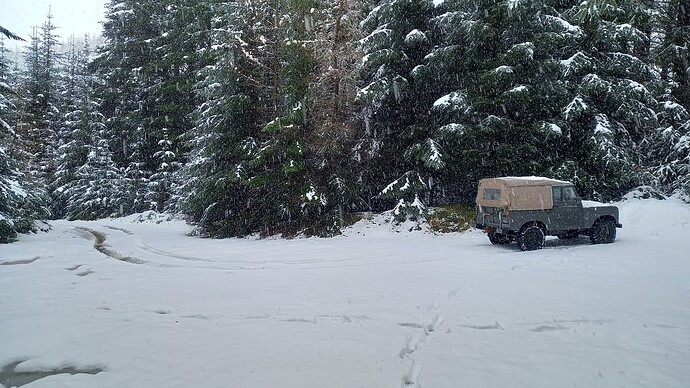 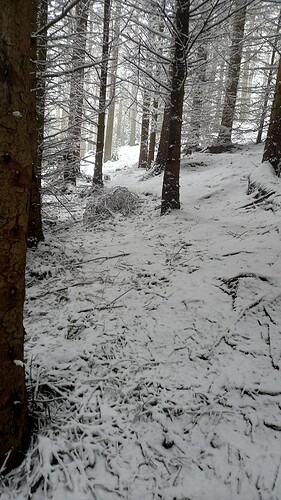 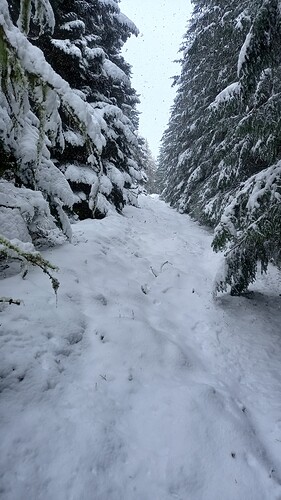 I’d chosen Ben Newe because I thought the summit shelter and trig point were just the right size to stretch a tarp over. Turns out I was correct. My smugness was short-lived however, as a breeze soon picked up and started to blow the snow in! 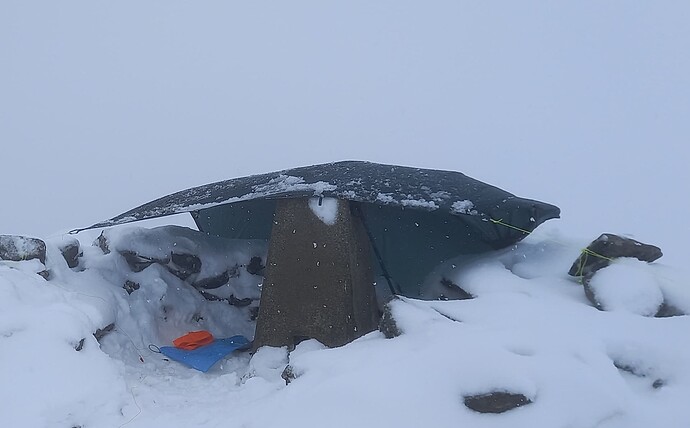 I’d brought an inverted V and also the W3EDP. I used the latter because having the pole some distance from me was more suitable due to the rocky ground around the summit shelter. It would also open up more bands to me. I connected it to the KX-2 via a 9:1 un-un.

I was on the air from around 1514z to 1535z, firstly on 15m where I worked just two stations, both Greek. Thanks @SV1RVJ & @SV2OXS. I must have been on top of another station that I couldn’t hear and tuning around revealed a busy band, but all very faint signals at my end.

20m was next, and surprisingly was full of static crashes, solar noise, QSB and the like. I thought things had settled down by now, but seemingly not. Eric @F5JKK was first in the log, followed by EA, OK, IK, OE, SQ and OH callers. So with ten in the log, poor band conditions, worsening weather and no desire to suffer afternoon 40m QRM, I decided to call QRT.

Eric came back on to query my summit reference. I’d correctly spotted GM/ES-053, however when reading the summit reference from my phone screen to write in the top of my log, I’d mis-read it as 059. This was due to a blob of water on the screen. 059 was what I’d been calling over the air. Thank you Eric.

I packed up and was away from the summit just before 1600z and was back at the Landie in around 25 mins, having followed the same route. 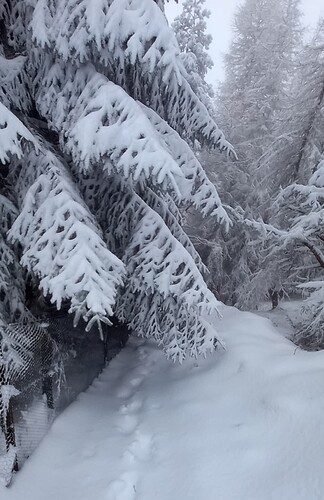 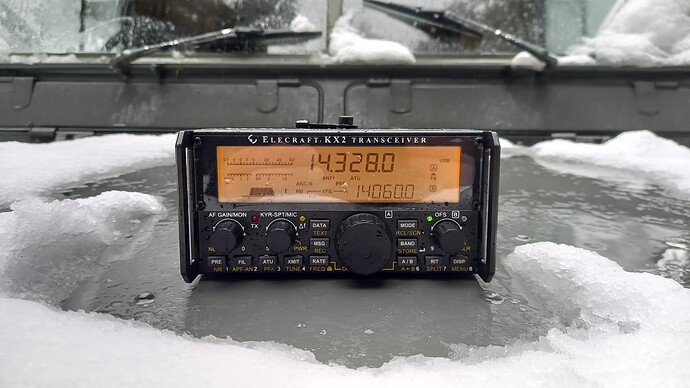 Summary
Last time I activated Ben Newe, it was on VHF. In line with my desire to do “repeats” differently, I felt that 4" of snow, HF and using a different trail was different enough.

Good to to get on 15m again - this is a regular occurrence for me this year. The KX2 continues to impress me, both in terms of its’ build and performance. Running internal batteries saves weight and pack size too.

The tarp. on the summit was only a partial success due to the wind. I should have forsaken the view/open front in return for more shelter. It also weighs twice as much as my bothy bag
When I got home I realised that I’d left the guy ring and guys on the summit, so guess where I’ll be going tomorrow morning. And there’s more heavy snow forecast.

Do you know anyone with a metal detector?

But I’ve had QSOs into Greece on 15m and a few days ago on 12m too. Are they closer to the Sun down there? The majority up here seem to be still using 40m etc. Which isn’t to knock the regular bands but other opportunities are becoming available.

But if Winter is returning all bets may be off… 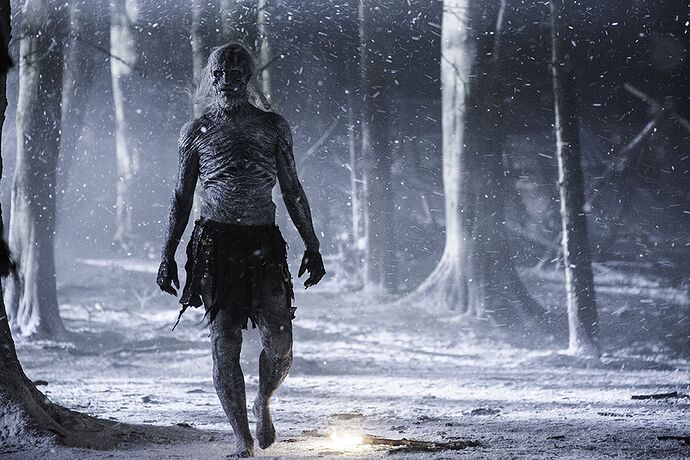 …a breeze soon picked up and started to blow the snow in!

That’s the downside of activating while it is snowing. I had my 817 die on one occasion when snow / sleet got into the backpack. I’ve been very cautious since. Lying snow is entirely a different matter… great for making snow holes to operate from.

I was out for a walk when you were active, but had been on 15m just beforehand. There were some W and VE calls coming in, but I was content with having a CW contact with 7X4AN… and it was more than an exchange of reports and it showed I need to have more of the same. SOTA CW isn’t keeping me in trim.

It was great to read your report and get an update on the situation your way. I’m likely to be somewhere not too far away from you in a couple of weeks for the Trans-Atlantic S2S event. Maybe there will be a bit of the white stuff still around.

for the Trans-Atlantic S2S event.

I thought that was later in the year?

Nice one Fraser and good video as always. I can’t help but feel guilty that on an afternoon when the short outdoor walk to the shack here seemed unappealing in those same conditions, you were actually out on an activation! Sorry to have missed you. (Note to self: stop prevaricating; get out there and activate!)

Yes, great video footage of this one Fraser! Thanks!

I thought that was later in the year?

Twice yearly… late April and early November. Covid restrictions prevented us holding the Spring event for the past two years. This year the dates are 23rd April and 5th November. The Autumn event generally benefits from better propagation, but the downside is coming off the hill in the dark.

This year the dates are 23rd April and 5th November.

Ah, I’ll probably miss the April one as I’m at a rally. Actually the stage I’m on goes around Ben Aigen GM/ES-069, so there is an outside chance of a drive on activation!

November should be good as it’s on Guy Fawkes night and there should be plenty of fireworks and bonfires to see.

I won’t be going anywhere. Just tested +ve for Covid.

Great video and good to see Mavis out

Thanks Fraser, an excellent activation. I recall we skied up this peak a few year ago in similar conditions to activate it. However, we had a good ski down as the track was not blocked by fallen trees in those days.

Well I nipped back up Ben Newe this morning and recovered my guys. I couldn’t bear the thought of a deer getting tangled up in them.

There’s even more snow up there now and it was ideal snow-shoeing conditions, although the top has a bit less snow due to wind and sun action. 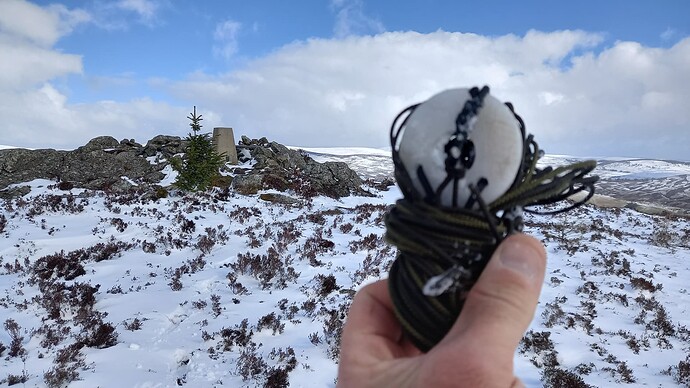 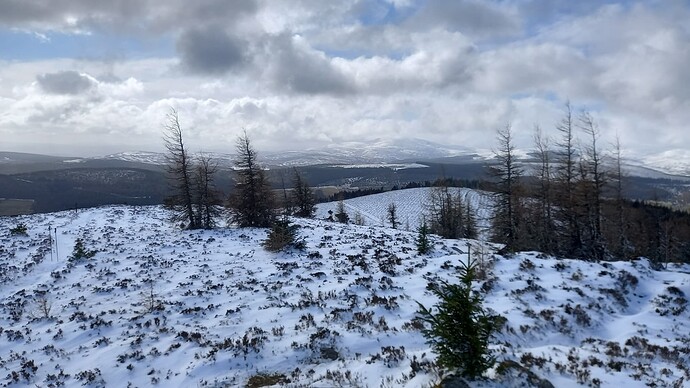 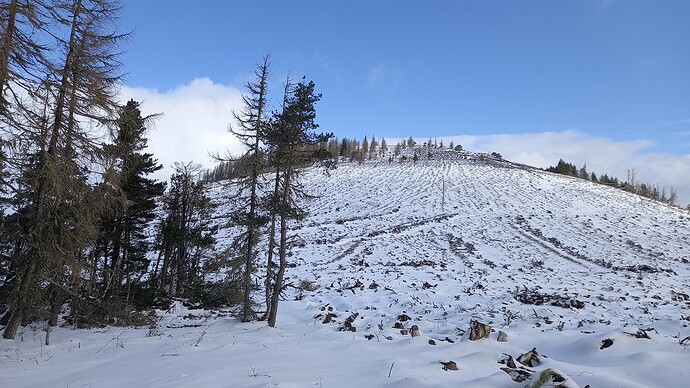 Covid seems to be just a head cold for me.

Ah, I’ll probably miss the April one as I’m at a rally.

Speyside Stages, I guess? Do you know if there will be internet coverage?

Correct Pom. Previously they have livestreamed via their facebook page. Hopefully this year too.

Oh my, this is gonna be a busy weekend. Speyside stages, WRC run Croatia, and EU/NA s2s event. This will need precise planning.