Windy start to the year on Gummer's How

It was clear from the moment I reached the summit today that I was going to struggle to get the SOTABeams 10m Compact Travel Mast to stay vertical.

The forecast was for 50-60mph gusts on summits, easing during the morning. It took me six attempts to get the SOTABeams Band Hopper IV in the air, and I was only successful after I employed a technique I’ve never used before.

That worked and I didn’t have any more trouble, until I came to take it down and sections took some real working to get undone. Fair dues to the mast however, it survived for another activation! 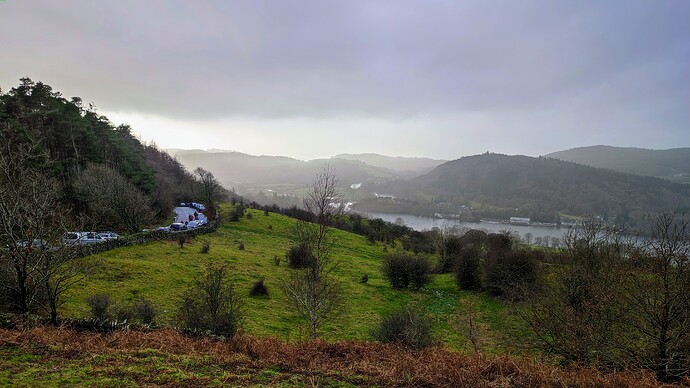 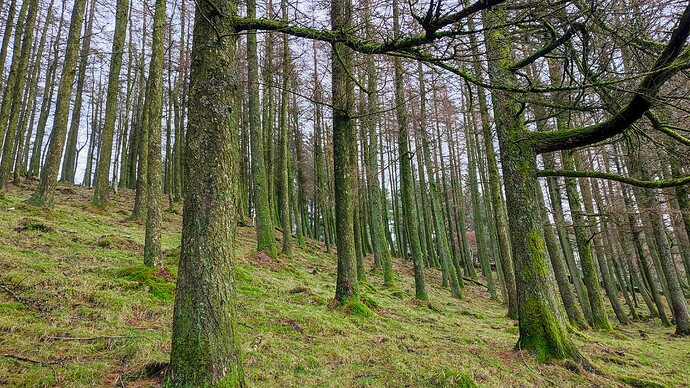 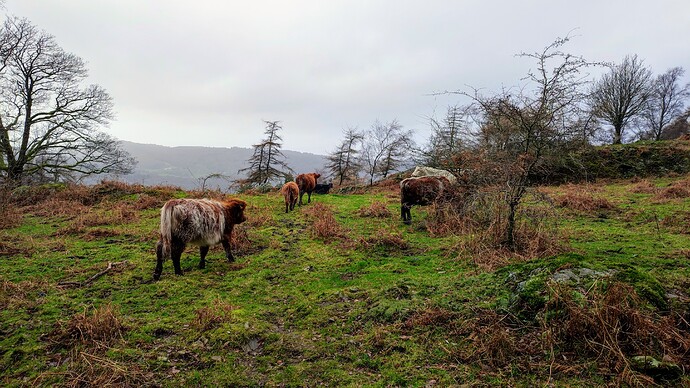 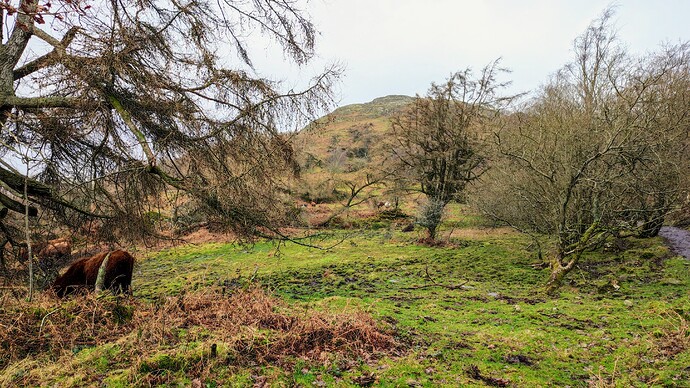 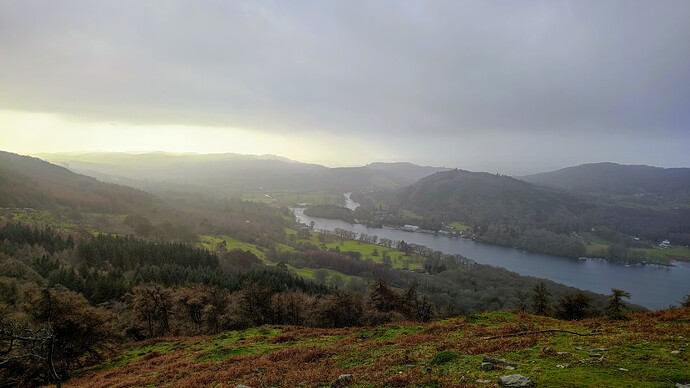 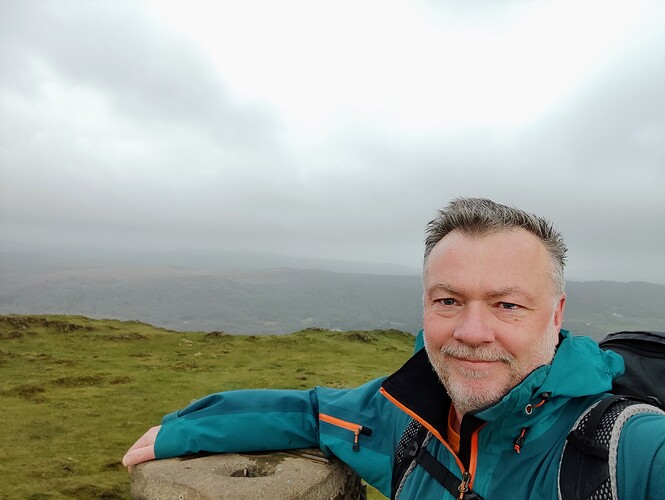 It was windy enough when I reached the top that I was struggling to stay upright. I picked a spot that I use a lot which keeps me out of the South-Westerly wind but the mast is still on the plateau.

This was the first time out for the IC-705. I ended up cutting a couple of holes in the Manfrotto camera case that has become its’ new home. One hole takes the microphone lead and the other a switch I have included inline between the LifePo4 4200 mah battery that sits in the case below the 705 and the rig to provide 10w power.

I was a little unsure of the IC-705 as an activation rig but I have to say usability is first class and it was a real pleasure to use. Moving between activator frequencies when attempting S2S was really easy and I appreciated the waterfall in finding a free frequency both on HF and on VHF FM when the channel I was using was suffering from QRM. 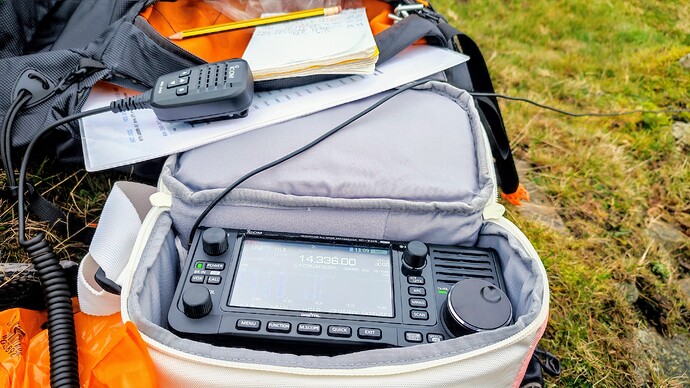 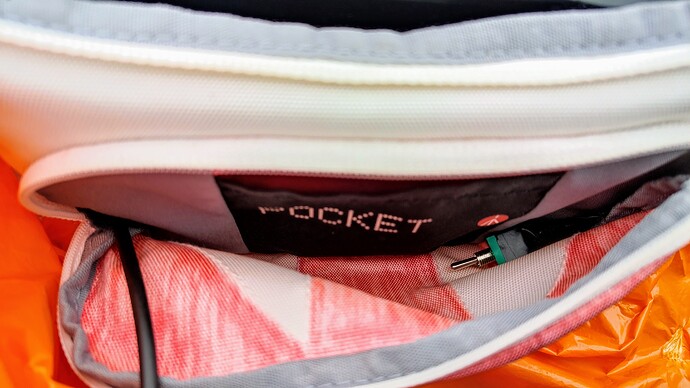 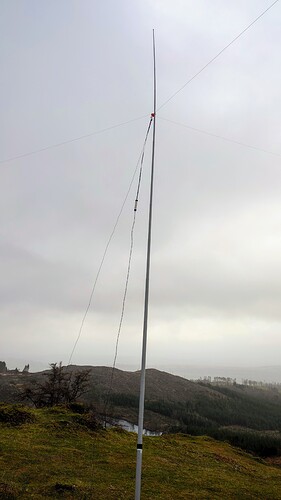 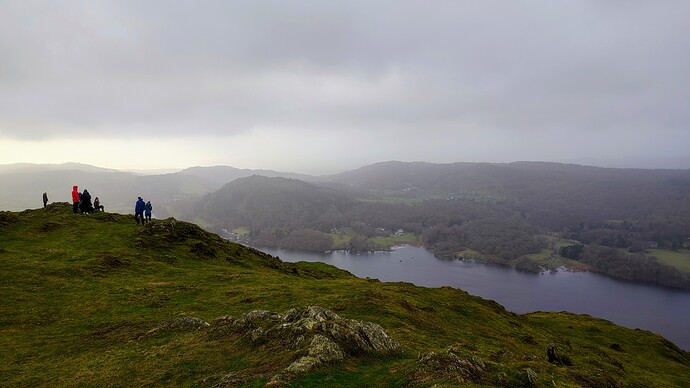 With the antenna finally stable I found the bands to be very lively with lots of activity on both 20m and 40m. Inter-G was working well on 40m (getting contacts with UK operators) which probably explains why 60m and 80m were quieter. Only one S2S with HB9FUE in this first batch.

Having worked all the HF bands I returned to 20m as there were several SOTA activators spotted and had a nice run on 7 S2S contacts into Europe.

A few on 80m before I dropped the antenna and attached the Spectrum Communications Slim-J for some 2m contacts including two at the end with @G7CDA Douggie and @G1OHH Sue using DSTAR DV point-to-point.

A final run of S2S brought the activation to an end for a total of 76 contacts of which 13 were S2S.

The highest S2S contact today was the last one with Stefan @HB9HCS who was on Elsighorn HB/BE-089 at 2341m, although there was some good efforts all round for this time of year! 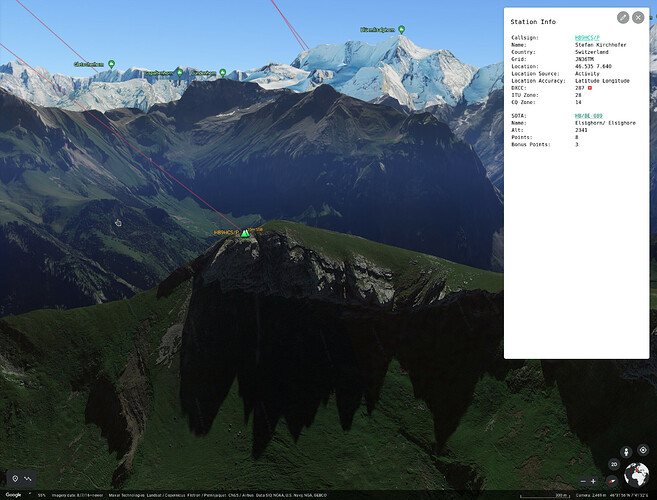 One other contact to highlight: PE1OAD/MM was on his ship north of the Netherlands. He must have one of the coolest callsign locations ever! 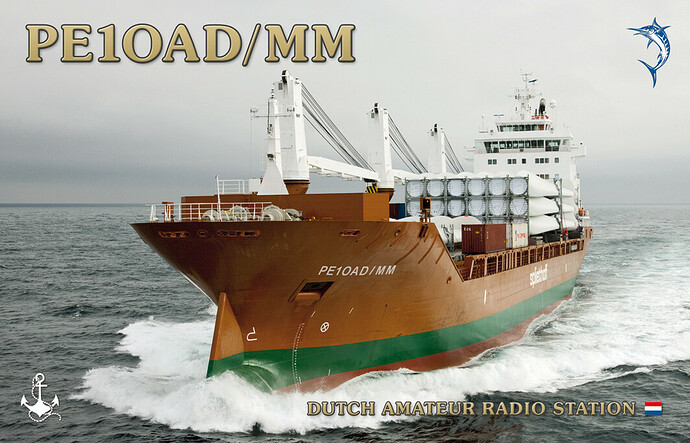 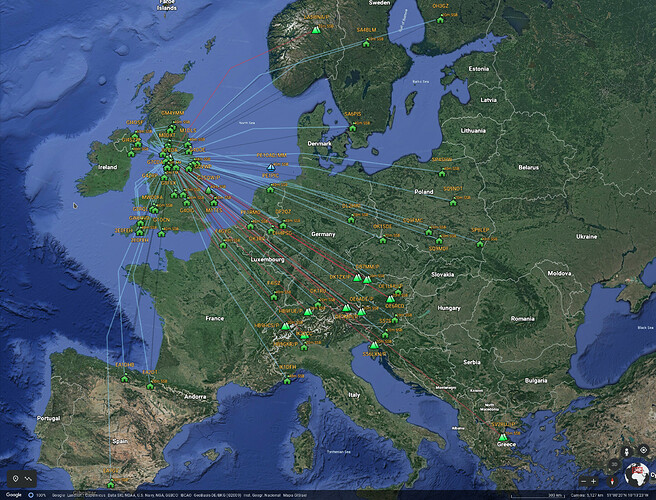 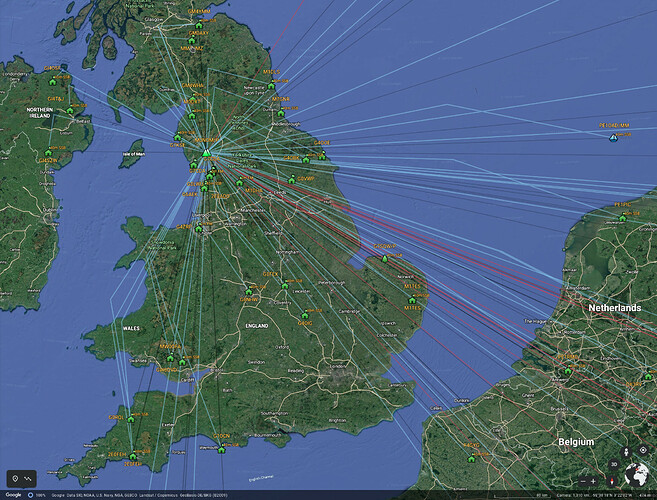 Thanks for all the contacts today. Even though it was fairly mild for the time of year the wind chill was wicked and I still don’t feel like I’ve fully warmed up yet!

I was almost blown off a summit in Scotland last year. Had I known what the conditions were going to be like I would have taken my MP1C vertical. It would have been a compromise but would have been more likely to have stayed upright than my mast did. But hindsight isn’t much use!

A great report, many thanks.

Thanks for the comments John. Same here - I looked out the window (always a foolish thing to do in the Lake District when attempting to judge the weather) and didn’t think the wind was too bad. I keep having to remind myself that the MWIS LD forecast has been very consistent and is usually spot on (as it was today!)

In hindsight the Chameleon MPAS2.0 I bought recently would have been a much better proposition and most likely on the air in 5 mins using the substantial ground spike.

It needs a tuner for 40m but I have built a Phoenix Kits Pocket Transmatch which should bring 40m & 80m into play (the Chameleon is resonant on 20m, 30m and 60m). I suspect performance on 60m and 80m is fairly rubbish both due to it being a vertical and also a compromise antenna on those bands. With inter-g working so well today however 80m wouldn’t have been a great loss.

As this was the first SOTA activation with a new rig I wanted to keep as much else the same as ‘normal’. Next time!

Many thanks for the excellent report and photos Mark… and of course the New Year’s present of a Complete. For me Murphy’s Law has always dictated that I would be either out of the shack or propagation would be poor or the activation would be 2m only when an activation was being undertaken on Gummer’s How. Finally I can strike this from my wants list.

Hello Mark, thanks for a great activation report and photos. Well done.

HNY and cheers to you

Inter G wasn’t working for me. I tried a few times to get you. It was a windy one on Shining Tor too, but I perceivered with the linked dipole. However for some reason I couldn’t get it to work on 40m! I need to check it. I should have used the SuperAntenna, in these conditions it never disappoints.

Great report as always. A mine of information!

I heard you a couple of times calling S2S to other stations I was monitoring (maybe on 20m?), so I think we could have worked, I did mean to try and find you on an activation frequency but I think you were mostly search and pounce. Good work on the 2,500 S2S - I’m around the 2,370 mark and will definitely put in for a certificate when I hit the 2,500 ticket! It is definitely a very specific award for perseverance and persistence on a summit, not to be sniffed at!

The mast kept collapsing until I guyed it first (on the ground) and then raised it until the guy rope was tight.

After many very windy activations in GM/SS, G/LD and G/NP [the wind capitals of the world?] trying not very successfully on my own to hold the mast up with antenna wires flapping about and getting entangled whilst pegging out the guy strings, I too found reversing these steps the best technique for high winds. I already know the approximate distance from the mast where the pegs (with guying strings attached) need to go, I find it helps to have the O-ring [to which the 3 or 4 guy strings are attached] loose and up the mast a bit and let it drop down into its final position between two mast sections as I raise the mast around it. The guys are usually a bit loose when done this way so I move the pegs out a bit to make the strings taut.

This is always a nightmare. It seems to be worse when the mast and my hands are wet. I get visions of having to carry a partly-extended mast down the mountain. But persistence has always won the day.

Wow! Your first photo [of the GH road], I’ve never seen the on-road parking that bad [busy] but then I’ve never been brave enough / daft enough to go up that lovely but very popular summit on New Year’s Day.

Great report and photos as usual.

P.S. We all missed the obligatory sheep photo [I know there’s none there so you need to take your pet one]

Happy New Year to all,
Andy

It is definitely a very specific award for perseverance and persistence on a summit, not to be sniffed at!

It has been a fun target. I am still pondering what to do in 2022. As I do a lot of commuting for work driving long distances doesn’t always appeal, so it works for me.

Hope to catch you soon!

This is always a nightmare. It seems to be worse when the mast and my hands are wet. I get visions of having to carry a partly-extended mast down the mountain.

I resorted to banging some of the sections down. The SOTABeams 10m compact mast is very hardy and doesn’t seem to suffer from rough treatment, although clearly I choose not to do this unless the alternative of carrying a partly collapsed mast looms large.

P.S. We all missed the obligatory sheep photo [I know there’s none there so you need to take your pet one]

Highland cattle I feel are an adequate substitute

resorted to banging some of the sections down.

Maybe you could try my patented technique:

Bare hands for assembling the mast.
Thin grippy palm gloves for collapsing it.

I found this out the hard way on Beinn a’Ghlo in November, when the mast rimed up with ice after only being up for 15 minutes. I barely managed to get it down after the first summit, and then employed this technique on the other two with no issues.

You know I have a pair of those gloves, bought specifically for mast work, and probably had them with me. Blame it on summit brain!

I wear a thin pair of cycling gloves which allow me to paddle keys and do my pencil and paper log but they don’t help when I have difficulty collapsing the mast when it’s wet.

It’s yet another reason why I prefer to take my HF vertical in bad weather - its 5.2m (17ft) telescoping metal whip always extends and collapses without problem.

The only thing it won’t tolerate is being stood on. I’ve carelessly done this twice in the back garden causing multiple cracks in several sections rendering them unusable. Fortunately SOTAbeams sells [or did sell] replacement sections individually making my one fully serviceable again.