and yes most of us that would have considered a Defender before the were all gold plated regret not taking the plunge.

Good save on the bike tire, that’s some out-of-the-box thinking going on there.

Thanks Mark. We had a great day. A mountain day to remember!

I’ve had Landies since I was 18. They’re not show ponies and they all get used. I just have difficulty in selling them!

As for the bodge - owning four elderly vehicles, bodging is a daily activity for me. It now comes naturally.

you were in a rare WAB square

Dave, Happy to have got you that square. I always forget about WAB when planning and activating a summit. It did occur to me that I was possibly in an unusual Maidehead grid, bit I have a phone app. to help with that, should someone ask.

but I did eventually buy a US off road vehicle that occasionally has surprised me both positively and negatively.

Just go get yourself a Toyota 4Runner (Prada for you international types :D) and you will be set for life Paul

Andy,
A Princess! Sigh…
Had a "51 Austin Sheerline Saloon, which always turned heads, with those monster headlamps.
Came from a sultan in Malaysia, who had to sell off some of his dozen autos during hard times.
Ken

Mine was this colour, this is a 1967 (E-reg plate) and mine was LPL 195D. But this one has a dark interior and mine was much lighter. This one has Rostyle wheels and they don’t look right at all. 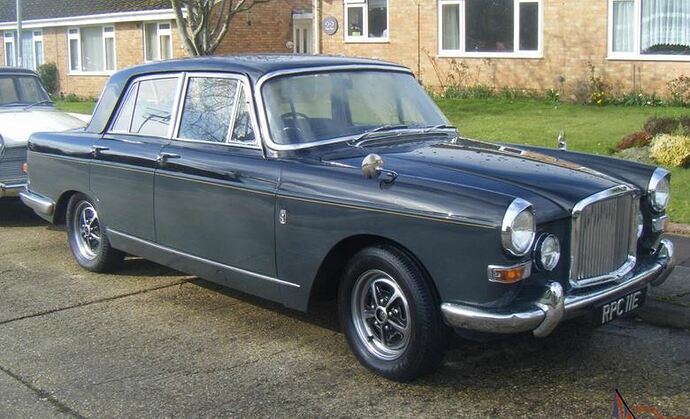 In the end it was scrapped, I owed someone a favour and they removed the rusting hulk in exchange for the rear-axle and log book. That was removed and fitted into something they were pretending was a missing Austin Healey prototype ISTR. It was so long ago now, over 35 years, I can’t remember exactly what they were trying to fake but they had some mug with too much money who believed they had found English classic car gold and they were going prove the saying about fools and their money. Nothing to do with me and Mrs. FMF stopped hassling me about the wreck on the driveway and I never knew what they really did. Mrs. FMF was saddened when a P5B turned up shortly after. Much less rust but still plenty of tin worm. But she liked travelling in the P5B. It wasn’t rotten in the middle the way the Princess was so the front passenger door didn’t open on the P5B when you went over a bump the way the Princess door did.

A couple of years ago Mo said to me, we’ve got two cars and four Land Rovers. Something has to go.

So, I sold the Golf.

go get yourself a Toyota 4Runner

I never thought I’d agree but I do. Sadly I’ve come to the conclusion that Jeeps make better Pavement Princesses than off road vehicles.

That would have been epic.

It would but truth is it was more toward pipe dream than reality.

As the India trip was summer ‘78 and 1979 saw Iran/Persia go sideways (or rightways) and the Soviets invading Afghanistan, the land route when from adventurous to decidedly dodgy.

That is pretty impressive. A friend Scott N6MI has a TV van decked out as a mobile contest station. Most US TV vans have a 30’ pneumatic mast but his hails from Florida (flat as a pancake) and has a 60’ mast. We won our category in last years California QSO party with him in his van and me in my Jeep, COVID distanced from each other. 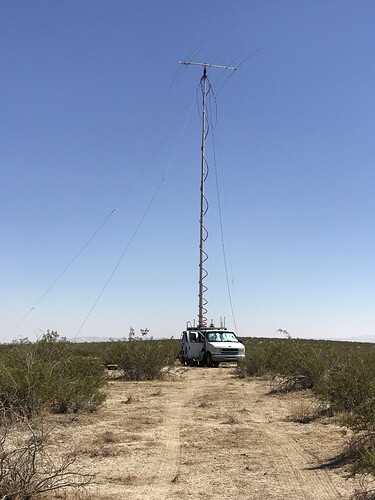 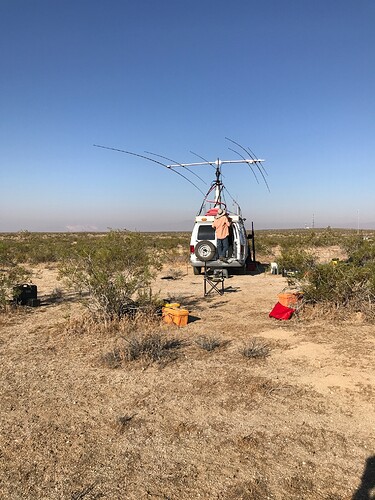 Whatever your vehicle is I want it.

You must have suffered from really patchy fog to only need one lamp at a time!

There were two fog lamps switches, nearside and farside. There were some switches on the right of the wheel and big line of them in centre. Column shift too, the only car I have owned or driven in 42 years with one!

Hi Fraser,
Another great effort. Magnificent not to mention resourceful! Makes me wish I was young again!
73, John

John, Thank you! It was a memorable one, that’s for sure.