PS not even one from the Cloud…

From the spots it seems to have been a more acvtive day today than the rest of the week, but not sure if/how that translates to completed VHF activations.

I managed a Total of four 2m FM H/H (+Slim Jim) activations from the Welsh Borders earlier in the week, but none of them were really quick activations.

I know Helen (AAU), Steve (AAV) and Carolyn were struggling a little on G/SC-007 on Wednesday (when I was on WB-009 which on a busy day would have attracted significantly more callers than I managed).

I don’t know if Gordon (GW0EWN/P) managed to get the required four on GW/MW-025 today , but I know he was struggling a little to find enough yesterday from GW/SW-015 - I was his 4th when I started operating from G/WB-011.

In reply to G0LGS:
By contrast there were pile-ups on 40 and 80 metres, it looks as if the main SOTA activity has swung decisively to the DC bands. This has the disadvantage that some of the operating on 40 and 80 is woefully bad, particularly some continental gentlemen that deliver their calls twice with full phonetics, in slow motion, during ongoing contacts. Then there are the gentlemen that tail-end an over with a quick callsign or part of one; harmless if one does it, but it turns into Babel when several do it and then the pack thinks that the contact is over and start baying. HF is intrinsically interesting, but one gets homesick for the courtesy of VHF!

I quite agree, it can be very hard work on HF, nice as it is. 60m is somewhat more peaceful.

4m is my pet project at the moment, its a very pleasant band - lots of good ettiquette. I have set a challenge to myself to qualify each hill on 4m then maybe a QSY to HF, normally 60m. You could argue that’s a bit selfish being on an underused band and a full-license-only band, but it keeps things gentlemanly and above all, relaxing which is what I’m in this for!

it looks as if
the main SOTA activity has swung decisively to the DC bands.

Not that decisively: I easily made 18 contacts today on 2m. At the same time and on the same hill, Tom M1EYP only made 15 contacts on HF.

In reply to G3CWI:
True, I’ve recently had some trouble getting contacts on 40 myself, but for some days now the bands have been poor due to a coronal hole and a sudden change of polarity of the local interplanetary magnetic field. This is part of the fun element of HF, its unpredictability!

Grrr. Richard’s quote in the pub afterwards was “I made way more than that on 2m” when I mentioned my decidedly mediocre 15 QSOs on 40m. So 3 = “way more” these days. Furthermore, while I was kicking myself for not availing myself of the information that 40m was not in good shape, it transpired that Richard already knew, yet failed to disseminate while I was umming and arring between 20m and 40m in the car.

I got my own back later though. I was telling Richard how Marianne picked 1st, 2nd, 3rd and 4th out of five bets on last year’s Grand National. He assured me that we wouldn’t pick the winner again, and placed a £10 wager to that effect. However, we both did (grateful thanks to Don’t Push It + A P McCoy, backed at 22/1 even though its SP came in to 10/1), and are about to spend a modest portion of our £90 profit on a Weston Balti Raj take-away for tea!

Liam was at his youth group in Congleton today, which gave me a 3.5 hour window to fill in the area. On a gorgeous day, surely the best of the year so far, Richard and I ascended The Cloud G/SP-015 from Cloudside and set up our stations. I took the 40m dipole, thinking that it would give me a 15m option on this JA contest day (yeah yeah I know) while Richard went for 2m multimode using his MFD. And multimode indeed, for I understand he used FM, SSB and CW during his activation.

As mentioned, 40m was in poor shape and I limped along to 15 QSOs in well over an hour’s operating. There was a S2S involved at least with Bob F5HTR/P on F/AM-442. The QSY to 15m found the band to be closed - disappointing as it often cooperatively opens when there is a contest on

I had been disheartened on the earlier ascent with the amount of litter seen around the summit area, so on packing away, I left out the carrier bag I had brought my egg mayonaise and tomato sandwiches in. Into this went every bit of litter I saw from the summit down to the staircase, until my eyes had become more trained and I was noticing more and more of the disgusting stuff down the side of the hill. Maybe another time for a clean up there - yuk! This hill is fantastic, especially on a cracker of a day like today; why do people have to spoil it?

There was a bit of time left before Liam was due to be collected in Congleton, so Richard and I stopped by the Coach & Horses in Timbersbrook for a spot of lunch, and pulled a couple of Dizzy Blondes while we were at it.

Hi Richard,
no surprise; it was my birthday

tnx for the s2s and vy73
Fritz HB9CSA,DL4FDM

In reply to G8ADD:
Yes good point Brian. It was easy to speak with Bill G4WSB on 7MHz in G/SE a couple of weeks ago when the solar flux was in the 90’s. Now it’s back to using every tweak and headphones to catch him and others on 80m at times.

This month’s edition of the Sky at night is fabulous on the subject of the sun. It’s on the IPlayer [for UK only sadly] at :- 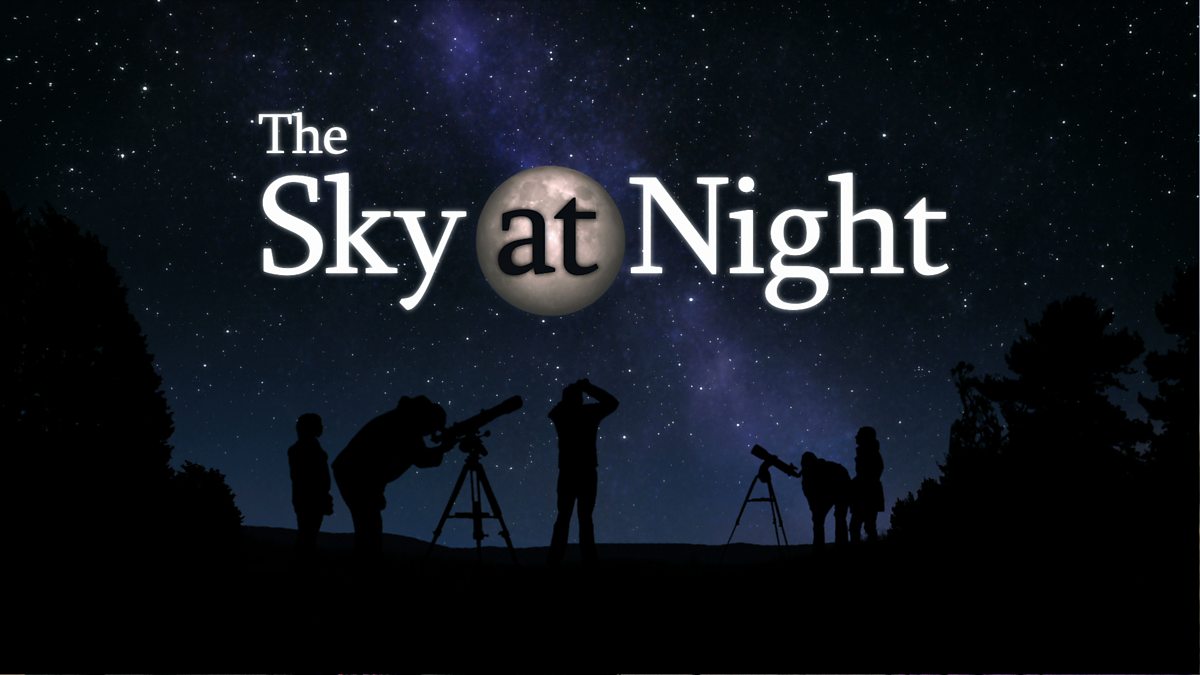 The Sun in Splendour, The Sky at Night - BBC One

Patrick Moore is joined by Professor John Brown and Dr Chris Davis for a tour of the Sun.

It’s well worth using the pause button and doing some screen captures [alt and the print Scrn buttons together] and pasting these into a presentation programme like powerpoint to show others later. The images are outstanding.

4m is my pet project at the moment, its a very pleasant band - lots of
good ettiquette. You could argue that’s a> bit selfish being on an
underused band and a full-license-only band,

4 metres is a great band, and there is excellent etiquette,
as you say. It’s finding anybody to work that’s the problem.
By the way, it’s open to all licence classes, with progressively
higher power as with other bands, the only possible problem for
fundamental licencees being the relative lack of amateur equipment
for 4m. I’m not sure how they fare with previously converted PMR
gear though, - someone will tell me, I’m sure!!

As mentioned, 40m was in poor shape and I limped along to 15 QSOs in
well over an hour’s operating.

Now there I do agree with you, Tom. It is disappointing to encounter so much litter and sundry junk discarded on our hill-tops. But what annoys me even more is the amount of dog filth left behind by dog owners too lazy to clean up after their animals. In the past, I have noted CE-001 and WB-021 particularly bad in this respect, but now I have to add CE-002 to this league of shame after stepping in another “nasty” during my ascent last Thursday. It amazes me that people can be so inconsiderate and thoughtless.

good ettiquette. You could argue that’s a bit selfish being
on an underused band and a full-license-only band,

By the way, it’s open to all licence classes, with progressively
higher power as with other bands, the only possible problem for
fundamental licencees being the relative lack of amateur equipment
for 4m. I’m not sure how they fare with previously converted PMR
gear though, - someone will tell me, I’m sure!!

I think my wording was a little clumsy, the full license only band I was referring to was 60m. Coincidentally though, the only intermediate station I have worked thus far is Matt 2E0XTL (and I did hear one other, already in QSO with other stations while I was on top of the Arans), and foundation licensees seem even scarcer, though 70mhz.org certainly indicates they exist!

It is a shame about the lack of amateur equipment for the band, though I do quite like ex-PMR gear. I used to have the rules and regs concerning such equipment for use by foundation licensees committed to memory, but they have long since been displaced. I’m guessing the Wouxun handheld with its CE marking (whatever that’s worth!) and 4W output might be a goer though.

I hope to add you to the 4m log soon.

I worked Matt the other day on Worcestershire Beacon and
Seager Hill on 4m, and he was using the Wouxun. I was well
impressed with its performance, and I think it’s probably
as far as I have worked on the band. I use an Ascom into
an ‘ex CB marine whip’ about 8ft long via a matching unit,
so can’t expect too much.

I’ll certainly look out for you if I see you alerted.

I worked Matt the other day on Worcestershire Beacon and
Seager Hill on 4m, and he was using the Wouxun. I was well
impressed with its performance.

Pleased to hear the good reports on the 70 MHz Wouxun, Dave. Mine is on the way to me from HK and I plan to use it with a Slim Jim made from 300 ohm black windowed ladder-line (from Holsworthy!). Hope to CU on the band very soon!

Walt, I have faith that you will love the Wouxun - everyone that gets one does! Both Matt XTL and myself built our slimjims per the summitsbase plans and found that we had to extend the top end a little (~9 inches on my example) to bring them down to 4m. However, it does specify black windowed 300 ladder line, and I used the white translucent solid dielectric stuff and matt used black windowed 450 ohm. Others have built them to those specs with a variety of materials found found them to be spot on. YMMV, be prepared to experiment!

All very exciting, I’m looking foward to a few S2S with all these Wouxun operators!

I look forward to working you both on 4 metres,