I am planning to activate two summits in the F/AB region on wed evening and roll the activation over into thursday morning.

14 points should be on offer during this trip possibly 20.

The ascent to Le Prarion was slow but straightforward in hot 30c weather and from the summit I made 27 contacts on 20m and 2 contacts on 40m.

The descent to Col de la Forclaz was steep and difficult in places with the heavy pack.

Col de la Forclaz is a nice clearing in the woods where several paths meet.
Two tracks head off in the general direction of Tete Noir. The right hand track is unmarked on the map, but seems to roughly follow a boundary line. This poorly defined track eventually leads to the summit of Tete Noir.

The ascent to Tete Noir was pure torture and I distracted myself by marking the path at regular intervals with chalk for an easier return. Several trees had fallen across the path and these were avoided as they were not secure.

The summit of Tete Noir has a flat, clear grass area between the trees and this is where I setup camp. Making a fire was easy with dead pine taking a spark and burning like rocket fuel. 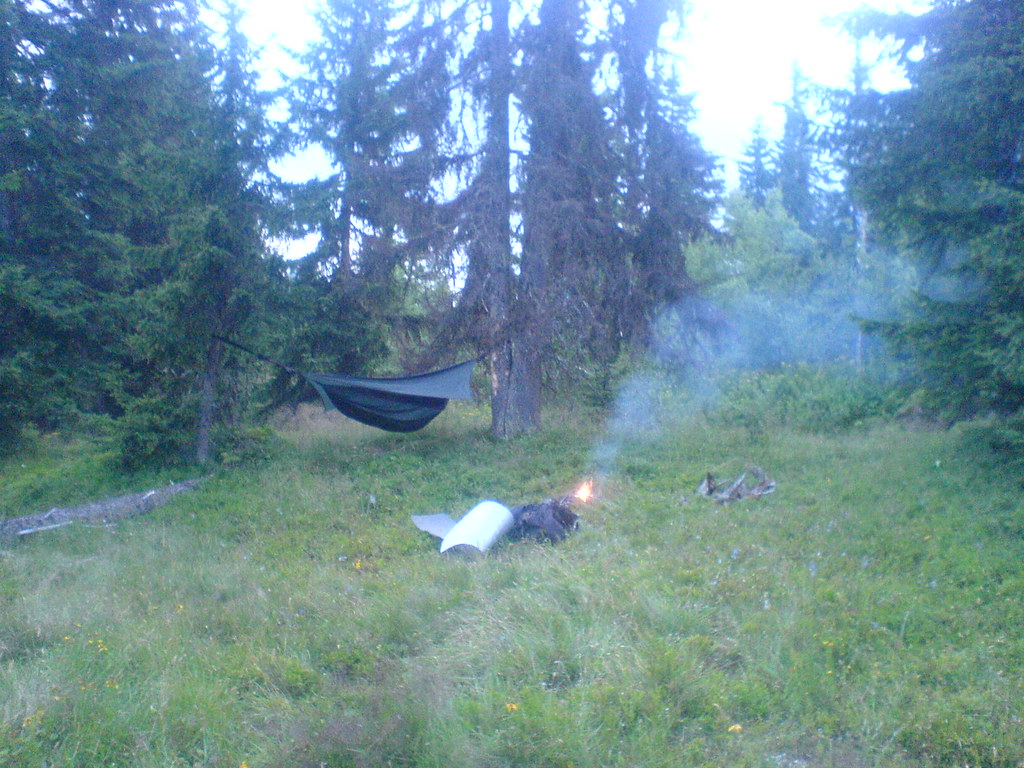 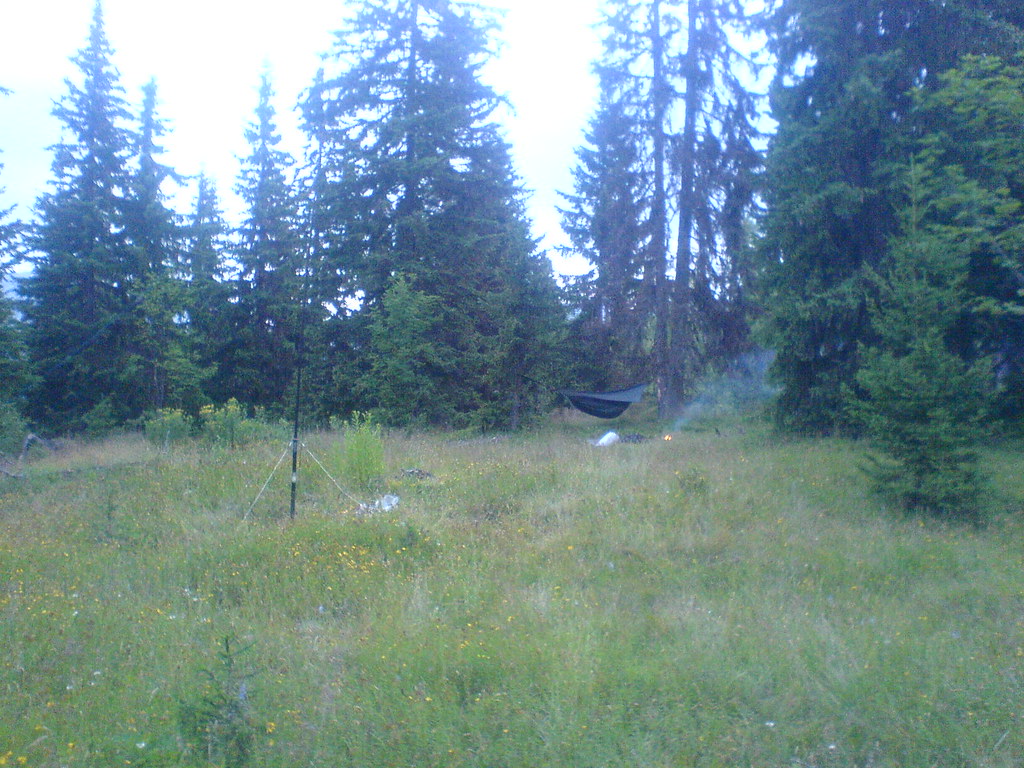 After a brew and a Beef casserole I activated the summit with 13 contacts on 40m and 1 on 80m. The QRM was awfull with strong broadcast stations on 40m.

The next morning was better with 26 contacts on 40m before the batteries discharged. The problem I find with Lipo batteries is that one cell voltage drops quicker than the rest and although the overall battery has plenty of power left, you have to stop using it to avoid damage. A vast improvement over SLA batteries though.

The descent to Col de la Forclaz was made much easier by the chalk marks and the return to Les Houches took about 1.5 hours in pleasant sunny weather.

Thanks to everyone that tried to work me, several people did collect the 14 points.