W7I/ER-054, Red Mountain, is a prominent peak I can see from my back window. Like a lot of peaks in the Big Hole Mountains, it’s hard to get to. The closest access point for foot travel is a 4.6 mile, 2700’ climb that goes up and down and there is no trail. 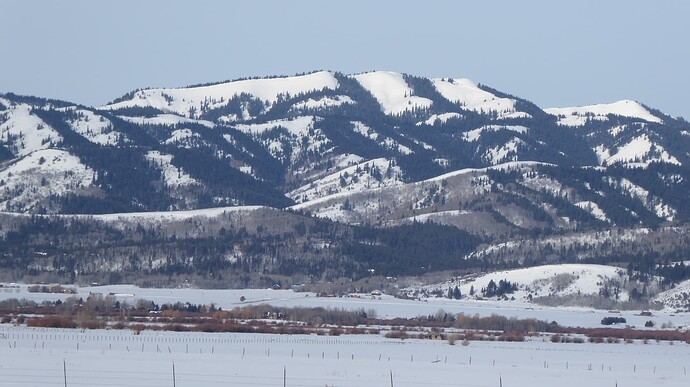 On March first, I loaded up and went to the mouth of Patterson Canyon. My route followed Patterson Canyon for 1 mile before turning south up Mine Canyon and up to a long ridge that leads to the head of Red Creek and then up to the summit.

As soon as I turned up Mine Canyon, I got into deeper fresh snow, but not too bad for trail breaking. But as I ascended up the Canyon, the snow became wetter and started sticking to my climbing skins, making it almost impossible to move each ski. Several times I removed the skis and cleaned off the snow, but after an hour of exhausting climbing where I made little progress, I realized there was no way I would make the summit. I turned around.

After my success on W7I/ER-066, Henderson Peak, I realized that the snow conditions were right for the long route up Red Mountain. This time, I started at 7:30am hoping to beat any warming that would make the snow sticky. Lucky for me, the clouds came in and prevented much solar warming on the snow. The snow surface stayed frozen. There was a 3-5" layer of fresh powder in shaded areas but snow that had been exposed to the sun was hard and I stayed on top. 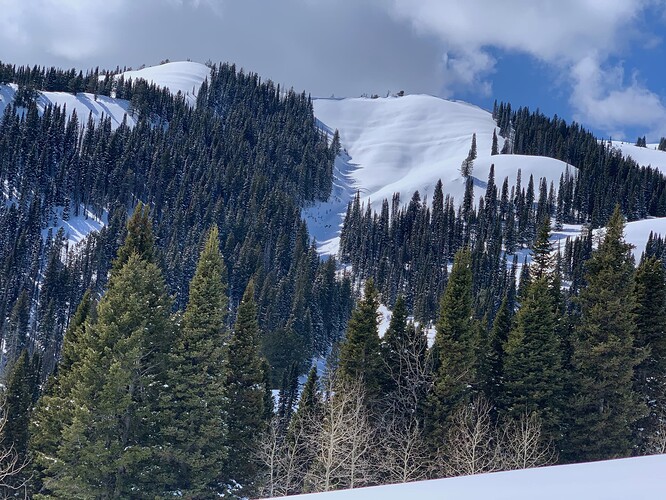 Even with these good conditions, I reached the half way point around 10:30. I stopped for some hot tea and a very tasty piece of cherry pie. After my fuel stop, I regained some of my earlier energy but soon felt the strain as the ridge got steeper. When I reach the final summit bowl, I found very nice dense powder that would make the ski down very enjoyable. When I do peak climbs at this time of year, I am prepared for the worst snow, but finding some nice snow to ski down is always a treat.

When I reached the summit, winds were south west and about 10-15mph. The snow was deep on the summit ridge so I was able to push my ski pole in 3’ and use it as a mast support. Then I strung out my 40-20-10 end fed and climbed into my cozy Bothy Bag, the new emergency shelter I used on Henderson Peak two days before. 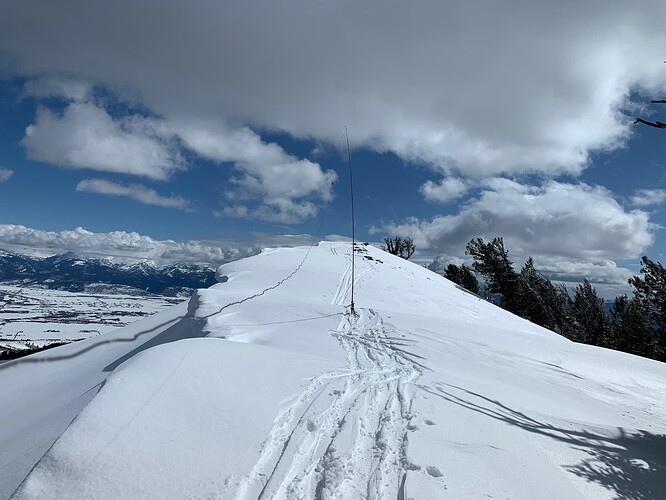 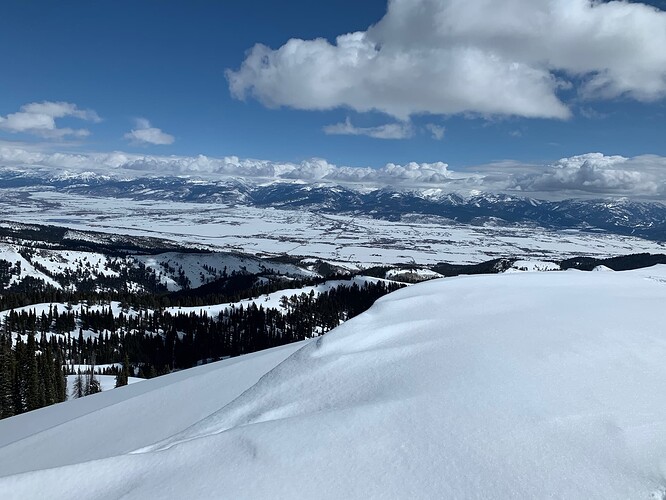 The Bothy Bag warms up as soon as you get inside it. Once tucked into the bag, I drank more tea and ate a few cookies. Then, in a leisurely, relaxed pace, I set up my KX2. It makes such a difference to be warm when operating on a winter peak.

As usual, the pileup started immediately. Sorry to all you wonderful chasers, but I’m still fairly new to CW, and in a pileup, I’m lucky to get one or two characters. So I had to ask for a repeat many times. But it all worked out. I made 34 QSOs with one to France and one to Sweden. Sweden is a new country for me so thanks for that.

Also, I used my new and cheap Panasonic ear buds with the rubber ear pieces. They worked well to block out the wind noise, but it was not as windy or noisy as Henderson.

I was right about the ski down. I found pretty nice dense powder skiing down the upper bowls. Then I skied down the ridge about a half mile before plunging down north-facing trees leading into Patterson Creek. This was not my up route nor my planned descent, but the long ridge with its ups and downs seemed like it would be slow going. 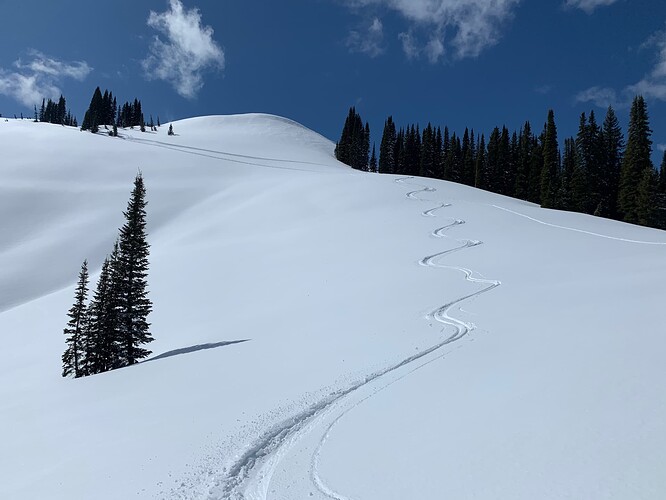 Turns out that the descent took as long as the ascent. Usually, with skiing, the descent takes about 15-30 minutes. I ended up with an 8.5 hour day. But I had a successful activation and I didn’t get hurt

Many thanks to all the chasers!

Great report and photos Pat, thanks.

Thanks Greg. You must be a skier to notice the turns

I was glad it wasn’t breakable crust. Have never mastered that technique. When it’s like that I just try to get down without getting hurt, AKA survival skiing.