My goal was to activate Scarlet Mountain to participate in the W7A winter/desert s2s event. The event was organized by Pete WA7JTM. It was scheduled to coincide with the ARRL January VHF contest. The goal was mostly VHF/UHF operation with other summits and participants in the contest. Sunday was selected to allow a full day on the summit and to coincide with a number of Rovers in the contest which were planning to activate multiple grids. Scarlet is my go to summit for several reasons. It is a short 15 minute drive, .75 mile hike to the summit and only 500 feet of elevation gain. The bad news is it is a large pile of rocks with a poor, hard to follow trail. Here is a daylight photo of Scarlet. 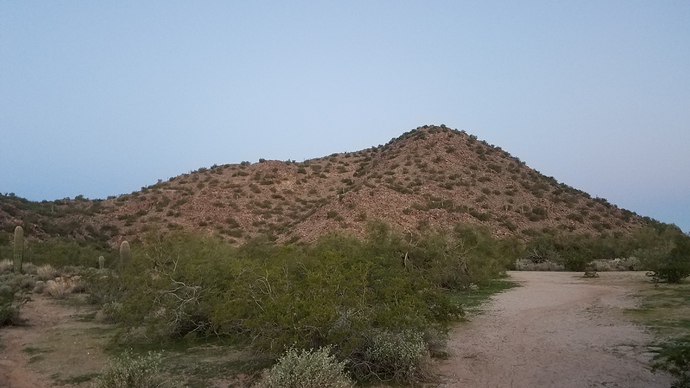 I got an early start and left my car about an hour before sunrise using a flashlight to see my way. Being dark I missed seeing any of the wildlife I have seen during previous visits. This has included coyotes which are quite happy living in a populated area.

Part way up the mountain first light started appearing in the east outlining the silhouette of other mountains surrounding the “Valley of the Sun” as Phoenix Arizona is known. 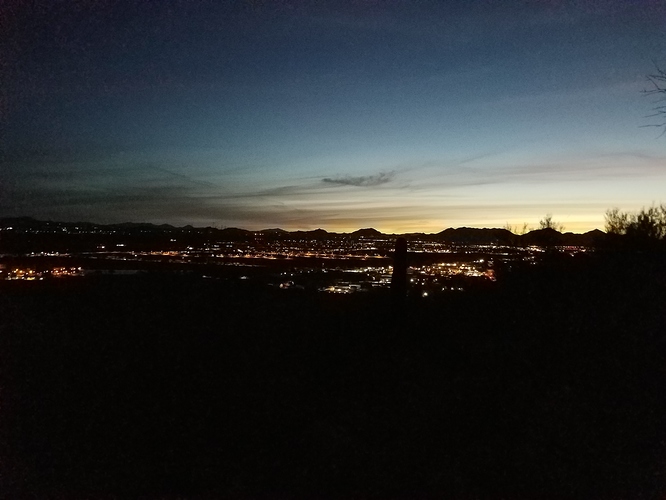 Farther up to a saddle I was able to look to the west and see the moon setting. 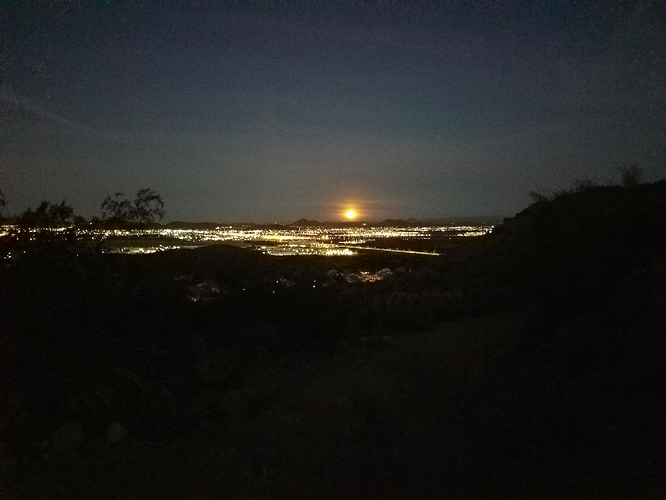 I reached the summit and was treated to a sunrise while erecting my 4 element 2m beam and 2 element quad for 6m. 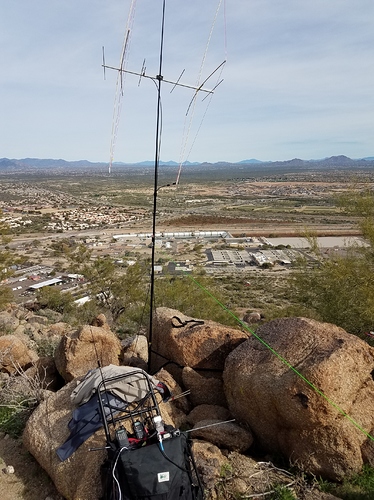 With an FT-817 and 3 dual band handhelds, the chaos was about to begin. With 20 alerts posted for W7A activations and a VHF contest underway the activity ramped up quickly requiring the muting of one or more radios. After awhile all radios were enabled and I kept an eye on the s meter to determine which radio was active. If you have ever wondered what a rare DX station hears, try participating in an event like this. This was more fun than you can imagine. Many stations were worked on 6m, 2m, 1.25m and 70cm in SSB or FM and the rovers in multiple grids. The results for the day were:

After the VHF activity died down I put up the 20m dipole a few feet off the ground and worked two of the regular chasers WA2USA and K9IR. Following M1EYP’s lead I made 3 FT8 contacts on 20m. Then I quickly dismantled the station and scurried down the mountain. My better half had recorded 2 American football playoff games for me to watch.

If you have a chance to activate a summit during an organized s2s event, NA/Europe event or a contest do your best to participate, it is great fun. I am new to SOTA with only 17 activations under my belt with two being s2s events and the last NA/Europe event and all 3 were very memorable.