W6/SC-207, Tessajera Benchmark. not to be confused with Tassajera Peak which is the next mountain over with a lot of towers on it. The last time I did this one the road was closed due to people illegally camping and making a mess, I had to ride my bike to the trail head the last time. Thank goodness they opened the road.

I got up and started loading my pack and stuff in the truck. I then realized had not charged my InReach. I put it on the charger and decide to move my alert time by an hour. I got on the road and was thinking it is warm. I was wearing just a long sleeve shirt. I’m glad I packed my jacket. When I turned on to TV Tower Rd the wind was blowing and there was a noticeable temp change. BRRRRRR

The view was into Moro Bay. I could see the ocean and Moro Rock along with the other 8 sisters. I could see down the coast past the Oceano Dunes and Vandenburg SFB. Just a bit of haze in the air. Did I mention it was windy?!

The last time I did this one it was a bit of a bushwhack. I was pleasantly surprised, someone has been cutting the trail, they even left their tools. I guess they are still working on it. It only took me 25 mins to get to the top! The wind was blowing and cool. I left my jacket on and started to setup.

I was trying a new antenna I just built. A K6ARK end fed half wave 49:1 UNUN, it is tiny! I built it using some high viz PINK 26 gauge wire. Did I mention it is PIIIINNNNNKKKK. Man, this stuff is bright. Since the antenna is new to me, I had a bit of trouble trying to decide how to set it up in the recommended inverted-V configuration. Especially because it was windy. I’m not sure this was a fair test of it. The wind was blowing the wire and almost making it into a taco shape. I went with it. It worked very well. I did get a lot of stations giving me a report with QSB but that is to be expected. I blame the wind.

I got the KX2 setup. I saw a spot for WB2FUV on W2/GC-090, Bald Mountain in New York State on 20 meter CW. I fired up the radio tuned in and there he was. I called S2S and got him first call. The signal reports were not so good but it was the East Coast! I picked up my 2 meter HT and called CQ and got a call from Bob KB6CIO in San Miguel. I don’t do a lot of VHF stuff so it is always interesting to see how far I can get.

I decided to pack up and head home. Because of the new antenna I had taken pretty much everything out of my pack, looking for stuff, it looked like a bomb went off in my pack. I had to be very careful not to miss something. I got back the truck in 15 mins and headed home. I had lunch at IN-N-OUT Burger on the way.

Thanks to all the chasers and activators!! 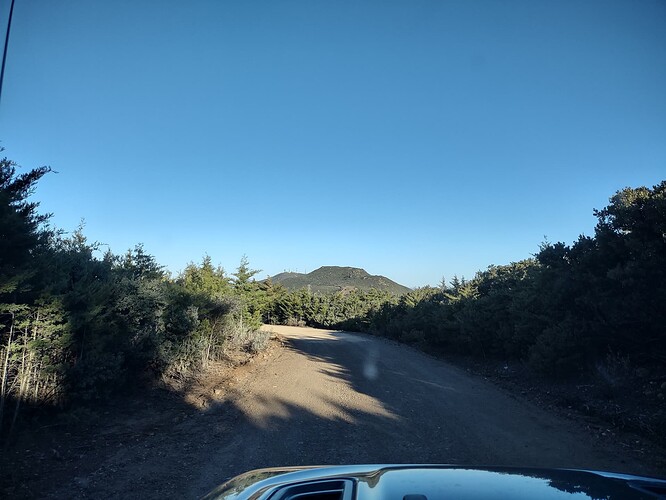 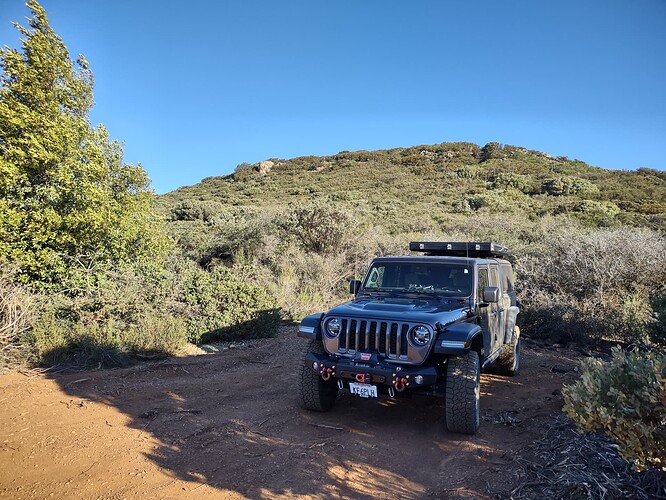 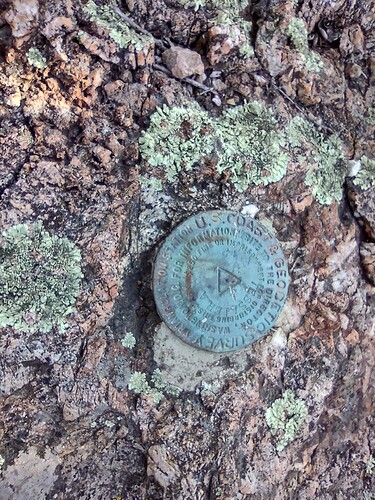 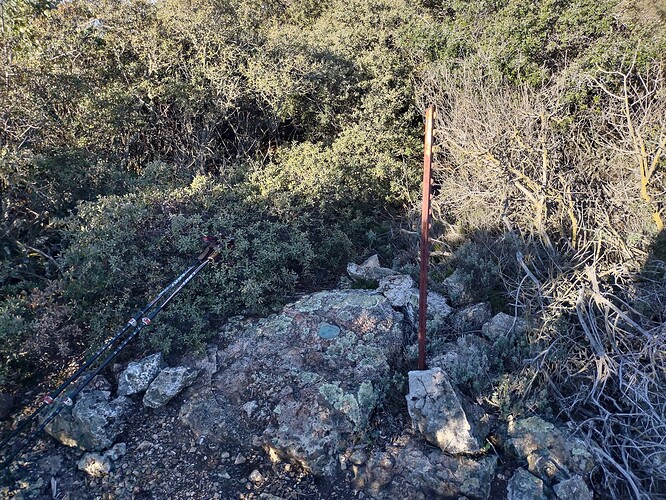 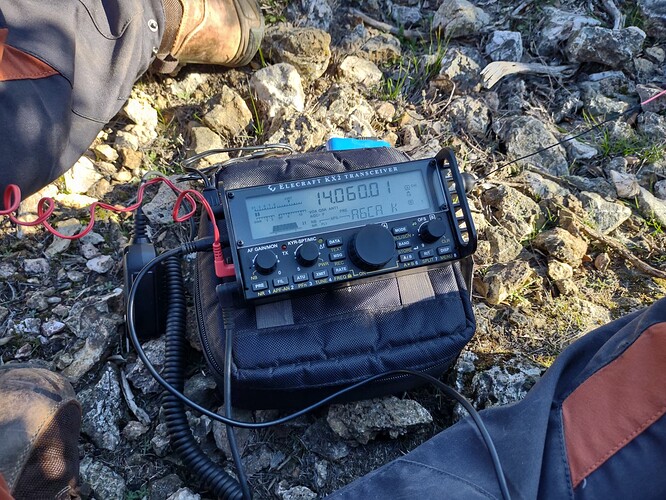 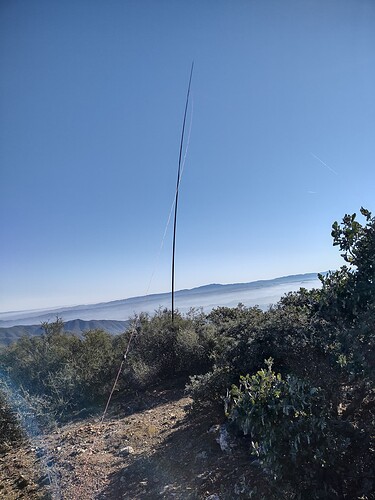 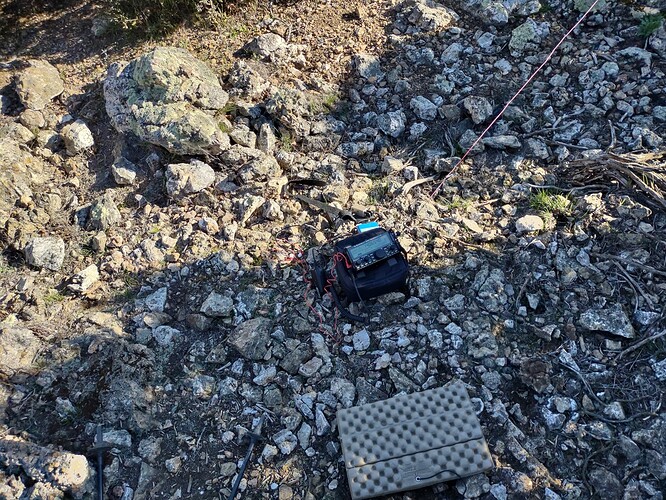 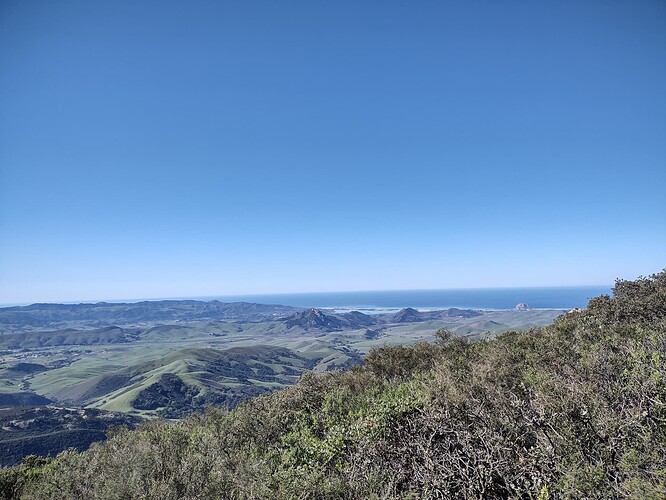 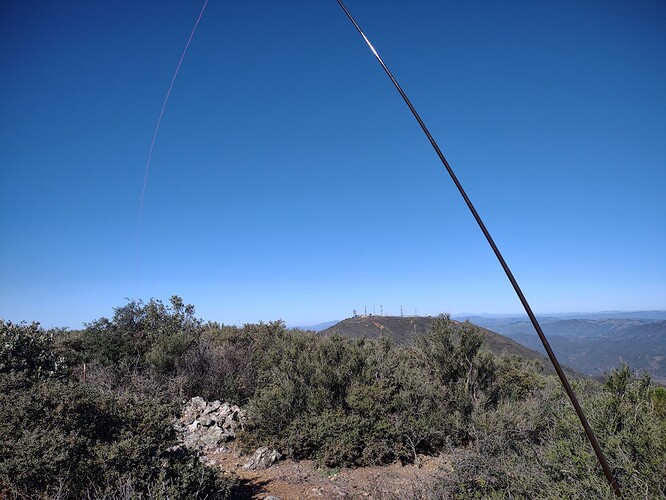 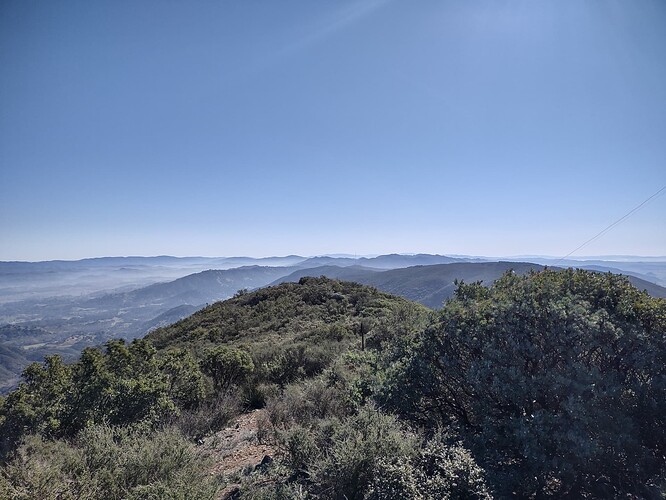 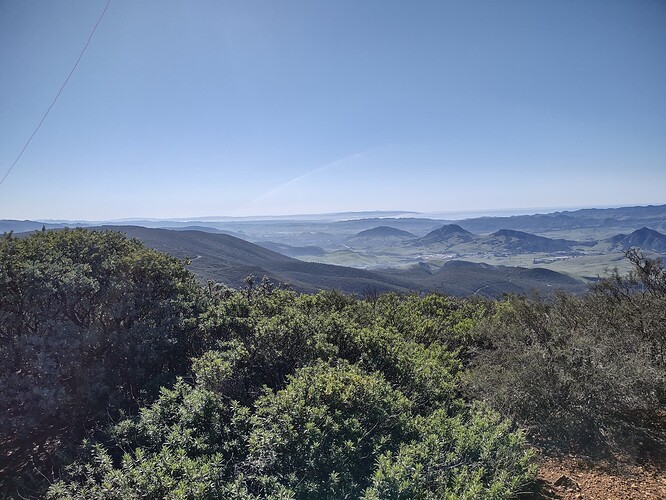 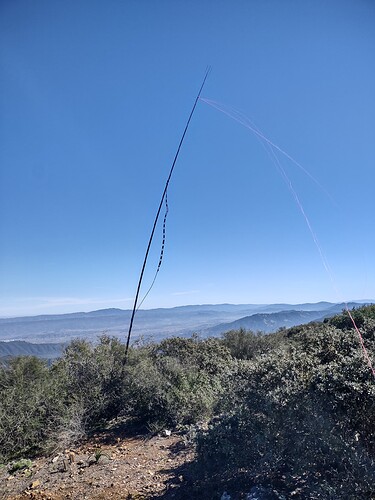 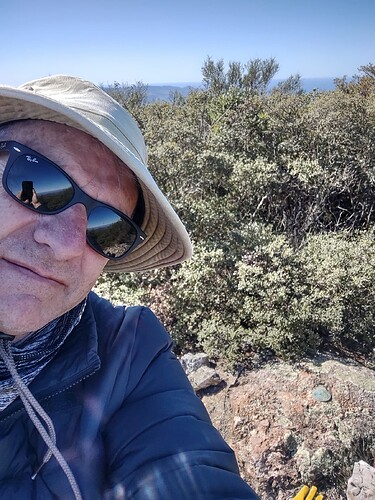 Thanks for the write up and photos, Kent.
Glad I had a chance to chase that day.