This afternoon, I operated from W4K/EC-066, Ryans Creek Mountain for its first activation! The summit is located in Southeastern Kentucky, and is located on the border of Daniel Boone National Forest. Forest Road 6279 runs along the Southern slope of the mountain, and provides very few parking opportunities. There are no trails to the top.

The Southern ridge is the most direct route to the summit, however there is no parking near where it meets the road. Instead, I chose the Eastern ridge, parking at a small pull-off at 36.65445, -84.3026. There is an obvious four-wheeler trail that leads into the forest, but it almost immediately leads onto private land. 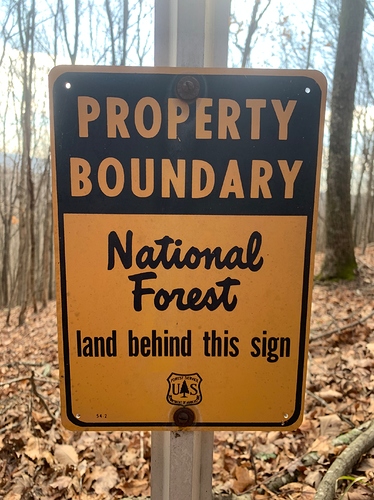 While this route follows the National Forest boundary, the red blazes and signage serve as an easy navigation reference to the top. Stay to the South of the red blazes, and you’ll stay on public land. I’ve uploaded a track to SOTA maps for reference. 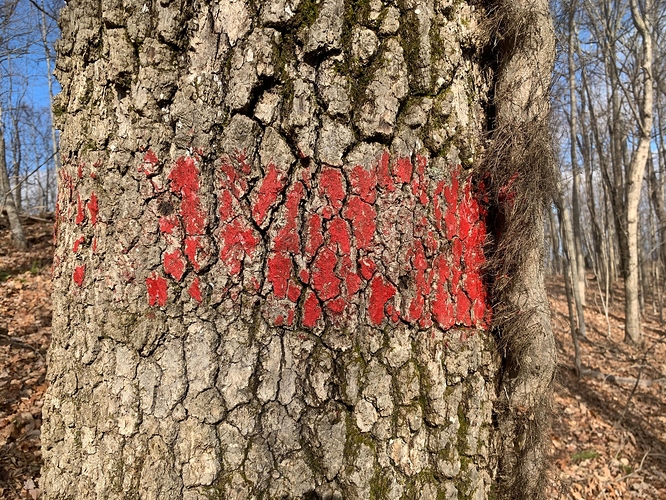 The highest point of the summit appeared to be beyond the National Forest boundary so I was set up just South, and about 2m vertically, from the actual summit. There was plenty of room to set up a dipole on a mast. Cell reception was adequate to self-spot and within minutes I had the minimum QSO’s. 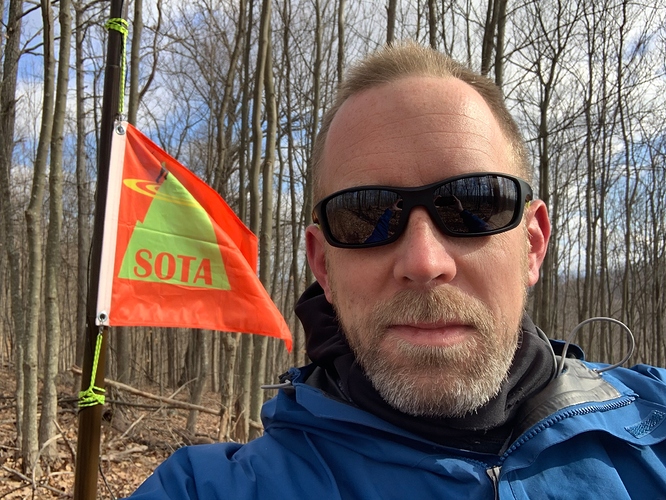 I would have stayed longer but was on a schedule to reactivate W4K/EC-074, a summit that I visited for its first activation on Christmas Eve 2019. I also had my first S2S QSO’s with @AC1Z and @N0MTN from that summit! A great day for SOTA in W4K!

Also for hikes less than a mile or so I didn’t see a huge reason to break them apart for today. Not a lot of open summits for satellite work in KY but there are some!