I failed to mention my hombrew antenna is an Inverted V linked dipole for 17/20/30/40m bands, mounted on a 7 metre telescopic pole.

At Mt Ainslie the Inverted V is broadside North-South, however the radiation pattern is likely to be omnidirectional.

As VK approaches the middle of summer, the 90 minute window will be later each day.

https://dr2w.de/dx-propagation/ is a nice page where you can see an estimate of the propagation conditions and sunrise / sunset times.

After seeing Andrews alert, I arranged skeds with Ed DD5LP and Ernie VK3DET, and nipped up to Gun G/SP-013. The initial plan was to activate GW/NW-070, however, that was put on hold for another day.

On arriving at Gun, I immediately set up the linked dipole for 40m. I knew, 06:00 utc would be too early for any chance of a contact between VK/G on 20m… There followed the usual early morning scrum to find a clear QRG in the 40m zoo…

Eventually, I managed to squeeze in on 7.181. After self spotting, Ed was onto me in a flash, with a rock crushing signal. Ed mentioned that Ron ZL4RMF was working on 7.168. I took a look down there and was greeted with the usual, totally out of control, European pile up from Hell.

Wanting no part of it, I immediately bailed out. However a minute later, don’t know why, but I went back for another listen. When Ron called QRZ all Hell broke lose and I threw my callsign into the mix. Ron came back with “the 2E0” on my very first shout.

Well, I wasn’t aware of this this, but evey European callsign has the prefix 2E0. This cleary irritated Ron, who said “if you all don’t be quiet, I’ll QSY to 80m” Then he said “I want the 2E0 only”.
There were still a few Chasers who didn’t understand “2E0 only”, so it took a couple of attempts to get my suffix across, before he was in my log. What made this contact particularly sweet, it’s maybe a new G distance record of 11833 miles short path

I managed to work Ernie VK3DET at about 07:05 utc on 40m, but it was hard work, with 3/3 both ways. I did visit Andrew VK1ADs QRG about 5 times on both 20 and 40m and even resorting to moving the dipole legs… I could hear the EU stations working him, but nothing from Andrew.

At 07:45 utc I broke the links in the dipole and went over to 20m. This was a mistake IMHO. I’d carried SOTA’s most sucessful DX antenna, the Antron-99 to the summit and should have gone vertical. Sadly, I didn’t.

Just before I packed up, I took a look at the A-99 and finally put it together then loaded up for 17m. My very first contact was with Peter ZD7FT on St. Helena. Re-tuning for 15m, I worked Walid OD5ZZ in Lebanon

All in all, in terms of DX numbers worked, a disappointing morning. On the plus side, mercifully, no FT-8 required.

To be honest, I really fancied my chances of working Mt Ainslie. Over the years, I’ve worked this summit 11 times, all of the contacts were summit to summit, however, as we’re all aware, propagation can be cruel mistress. 35 contacts for the activation. 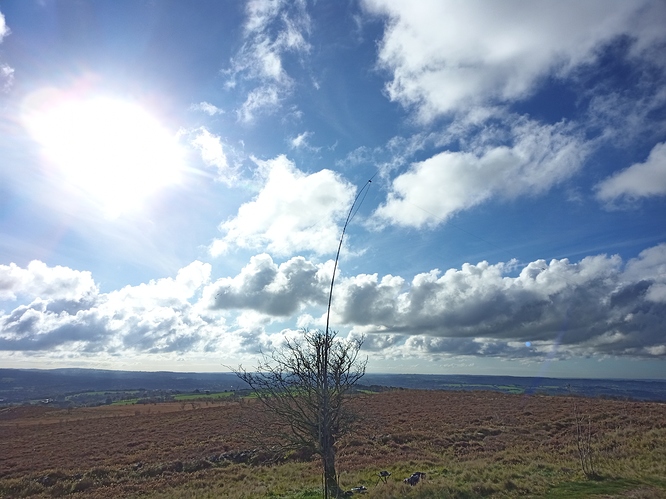 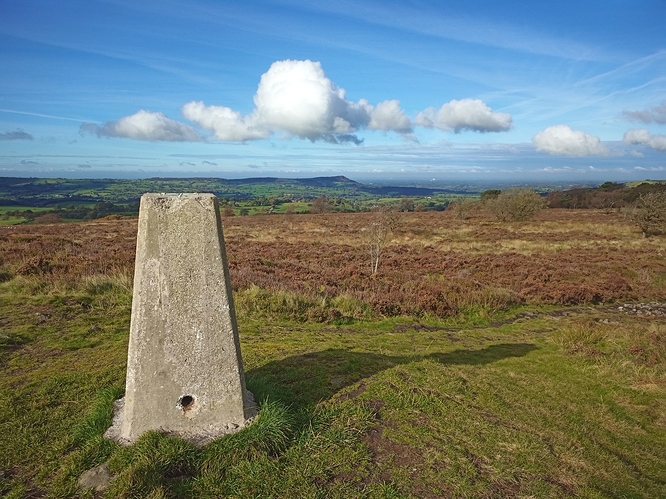 Well done Mike. What’s that blue stuff behind the clouds? None of that where I was