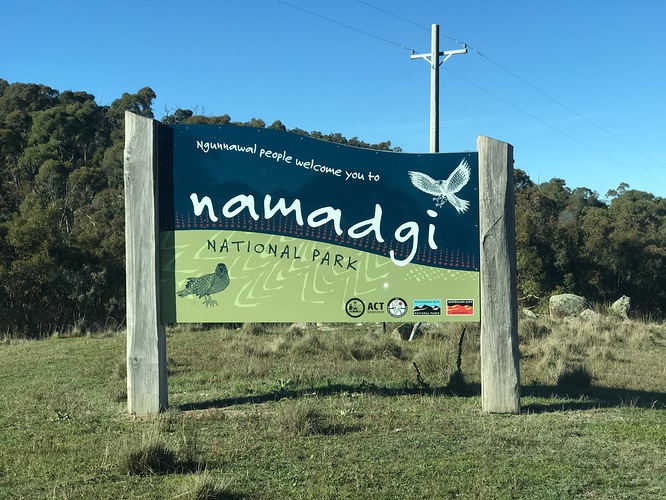 Summit number 15 for 2017 was HARD. Not because it is long but it is a bush bash. Zero formed trail. I couldn’t take my eyes off the GPS track for more than a minute and I would be well off track.

Temps have dropped in Canberra as they normally do after ANZAC Day on 25 April. I left home at about 0800 in 5C. The walk to the summit was in 7-10, not a breath of wind. a crisp clear day! 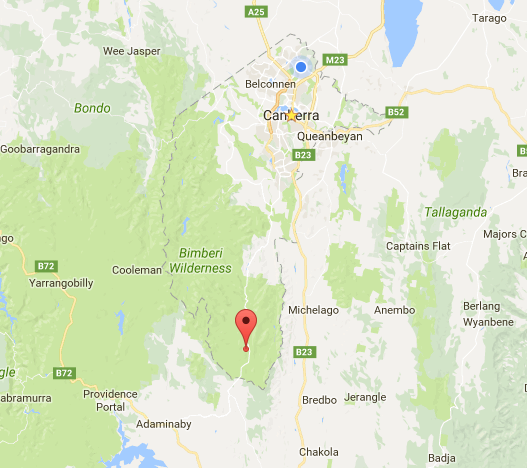 Driving about 90 mins south from my home location in North Canberra, entering Namadgi National Park which occuipes the entire south of the Capital Territory.

The summit is in the very south east of the park even off the tar road and about a 30-45 min bush bash . Not only any I watching the GPS track, I am making sure I don’t fall into Wombat holes - and there are a few of them. 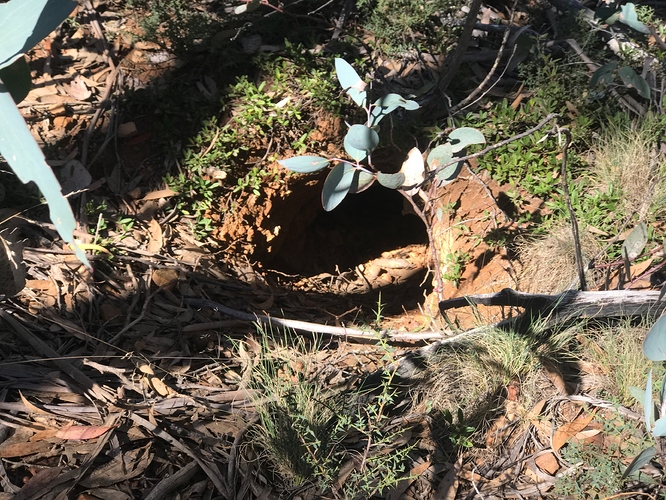 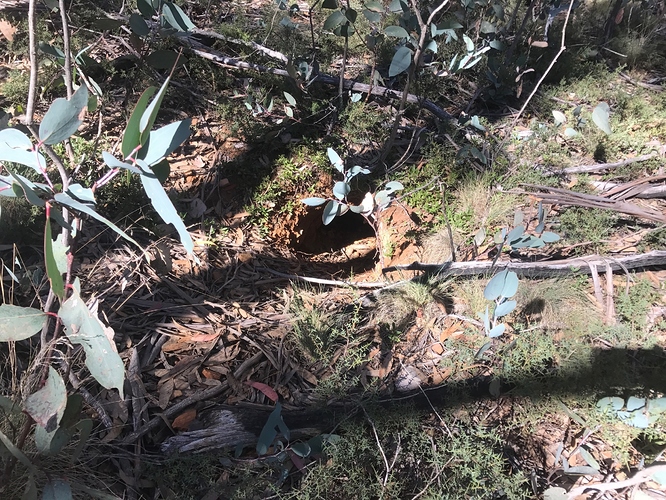 The actual summit is a small rock Cairn, I added two to the pile. 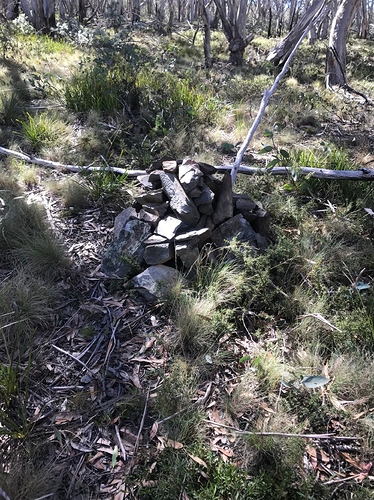 After setting up I ended up working about 23 stations, including ZL2ATH, a DX summit t0 summit. My first. a real buzz 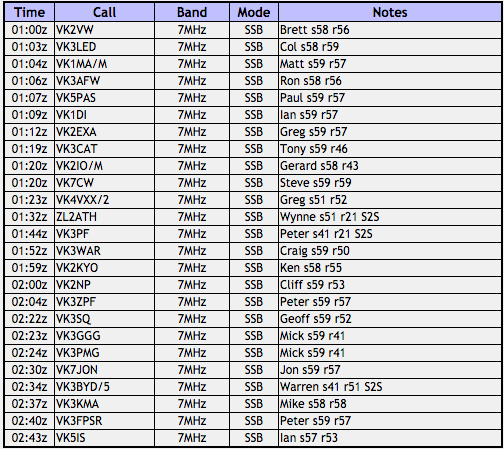 Due to the location (no phone service) as well as the restrictions of my VK Foundation License (No APRS / DATA modes), Andrew @VK1AD provided radio overwatch via our local 2M repeater, which even on the valley slope I couldn’t hit until getting higher. He did all my spotting too. I have said it before - everyone should get themselves an Andrew!

On the way back I stopped off at Hospital Hill Look out which gives an excellent look at the more challenging summits within the park. 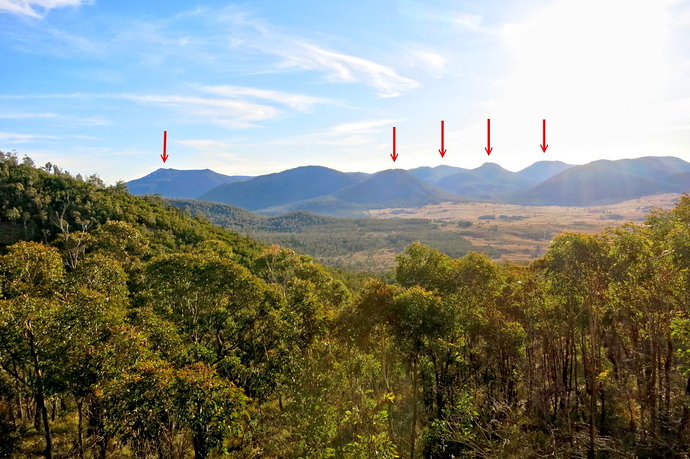 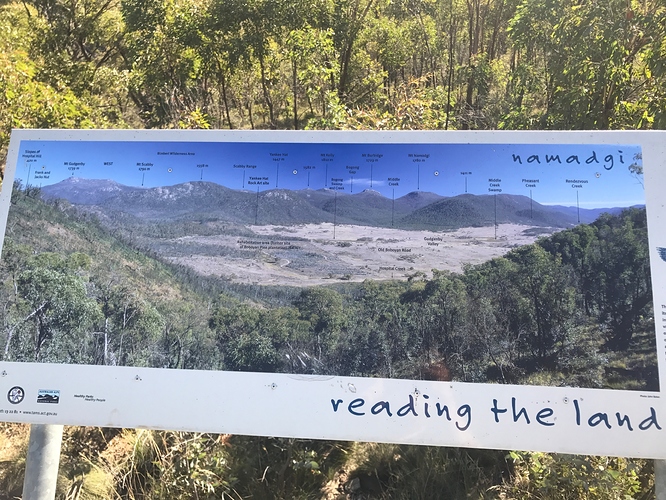 ##The long video is uploaded and live now:

Andrew @VK1AD provided radio overwatch via our local 2M repeater, which even on the valley slope I couldn’t hit until getting higher. He did all my spotting too. I have said it before - everyone should get themselves an Andrew!

Couldn’t agree more, Wade. Andrew VK1AD and myself have made well over 40 SOTA contacts between VK and G, 25 of then summit to summit. The VK guys are brilliant at providing spots for Activators…

Congratulations Wade on your first Namadgi scrub bash. Boboyan Range is a picturesque place to spend the day. I’m pleased to see the stone cairn has survived 3 years, every contribution to the cairn is appreciated, it doesn’t receive too many visitors

What next? You have cut your teeth on Boboyan Range from here the VK1 Namadgi summits get harder

I would be keen for an overnighter or more up that way. But I want to upgrade first.
W

Good work, Wade. Glad you had a successful activation up there. I couldn’t provide you with any contacts, unfortunately. That is one of the many peaceful locations in the namadgi national park and is an interesting walk past those wombat holes.

Glad to see you are planning to upgrade. Access to 20m and 30m would be a big incentive and benefit for sota operations.

The additional bands plus access to the dark side (digital). Actually I am very very very keen to play with APRS, including beyond simple location reporting.

I won’t go into my rant about how APRS should be available for all calls as a safety option - Boboyan Range is a classic example of why. Glad a wombat hole didn’t get me… or a big brown angry stick. I was struggling to have a regular error free chat with Andrew even by Ginini until I hoisted the roll-up up a tree. Oh look I ranted anyway sorry.

Hope to see you on the 9th, if not I will send you a direct email.

Hi Wade, if you want access to digital modes (including APRS) in VK the answer is simple - upgrade

APRS is not the end all be all in safety - indeed in the VK1 area, the main APRS coverage is from Mt Ginini using the very same antenna array that the 2m voice repeater is connected to. Granted there are other APRS receivers, but away from populated areas their coverage is nowhere near as good as Ginini.

Depending on where you are, APRS coverage in VK can be very spotty to non existent, so should not be relied on as a safety measure. If you are concerned about safety out in the bush (and really we all are), perhaps you need to consider investing in a satellite based system - something like one of the 406MHz EPIRB devices?