4 band activation. 50, 144, 432 and 1296. IC706 at half power on 2m, full power on 70cm, FT817 on 50 and an SG-LAB transverter on 1296.
Antennas: vertical half wave on 50, 5 element yagi on 144, 10 el on 432 and 18 el on 1296. Feedline LMR400 on the higher bands, only due to not packing the 3rd section of good cable for the 2m antenna. RG58 was used there, about 4m length so not too lossy.
A group of vk1 ops was activating various summits, Al VK1RX not far from me at Bowning Hill, Andrew VK1AD and Tony VK1VIC at Goorooyaroo near the Canberra Airport, Bill VK1MCW on Tuggeranong Hill. In addition Jayson VK1JA was active on those 4 bands plus 13cm. My brother Chris VK2DO was at Batemans Bay about 100km away and was worked on those 4 bands. Other contacts were made into the Sydney-Newcastle area on 144 and 432, some attempts were made on 1296 without much success due to the low power of my gear.
Power was from a 7.5A Lifepo4 that ran the 706 for 3.5 hours straight, the 817 has an internal LIPO, the transverter was powered by another LIPO.
The rotating mast was situated to allow armstrong rotation and instant signal peaking.

About 35 contacts were made.
Temp was about 20-25 for most of the morning but was closer to 30C by the time I left the site around noon. The forecast max for the day was 35C.

This is a drive-up summit but the entire station was independent of the car, of course. 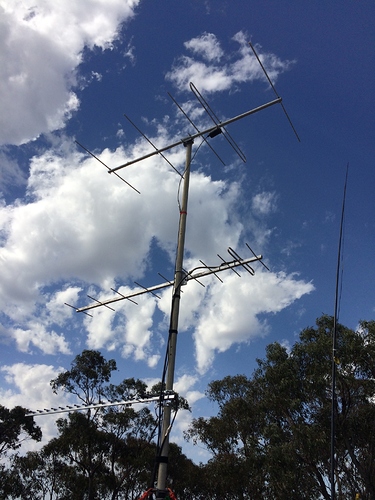 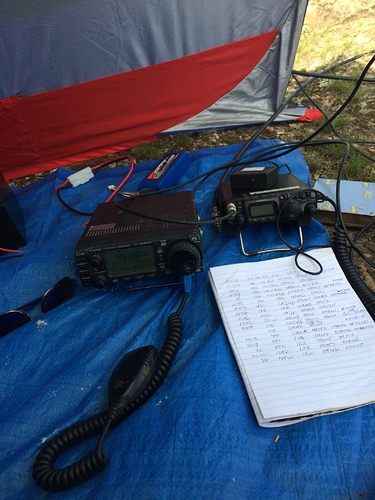 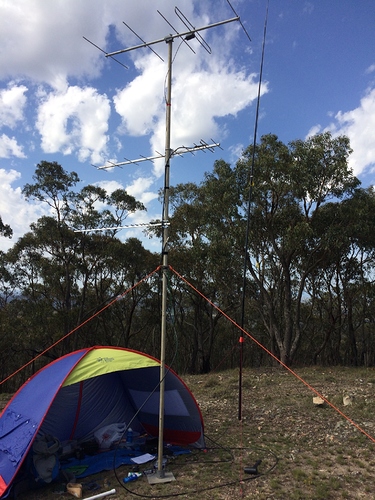 Good thread Andrew. My contribution with a couple of pics from Goorooyarroo VK1/AC-036. I was operating on 6m, 2m and 13cm. Why didn’t I have 23cm, well I left the 6el 23cm yagi in the car which was a 30 minute walk away. 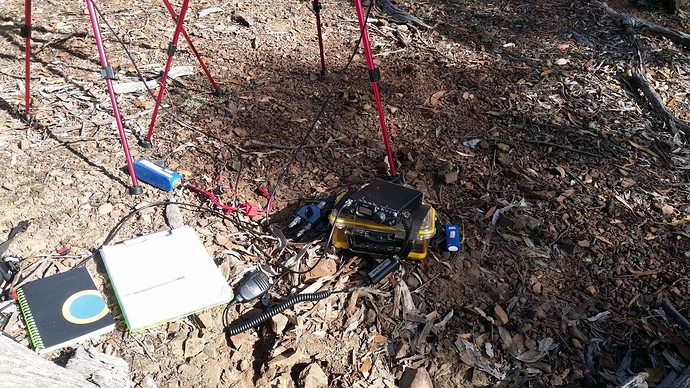 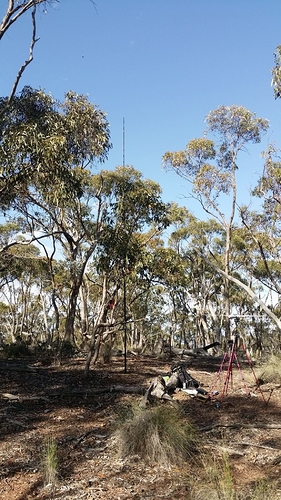 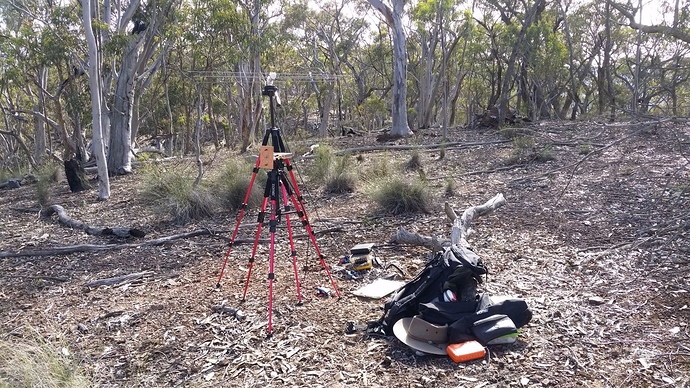 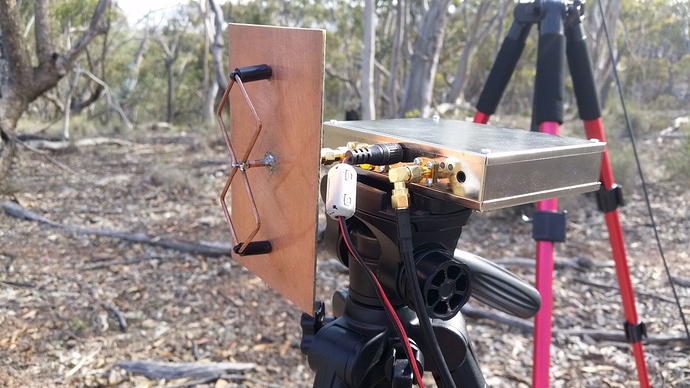 Whats that ancient device in the bottom left of pic 1?

Not only did I leave the 23cm antenna in the car but also the modern electronic log book, Lenovo Tab 3 running VK Port-a-log. Lucky I still know how to use such ancient methods of logging contacts.

I forgot the 13cm feed for the gridpack dish on a field day 5 years back. With a suitable bit of coax, a N connector and some hookup wire, I made this replacement which gave me the only 13cm contact on offer. 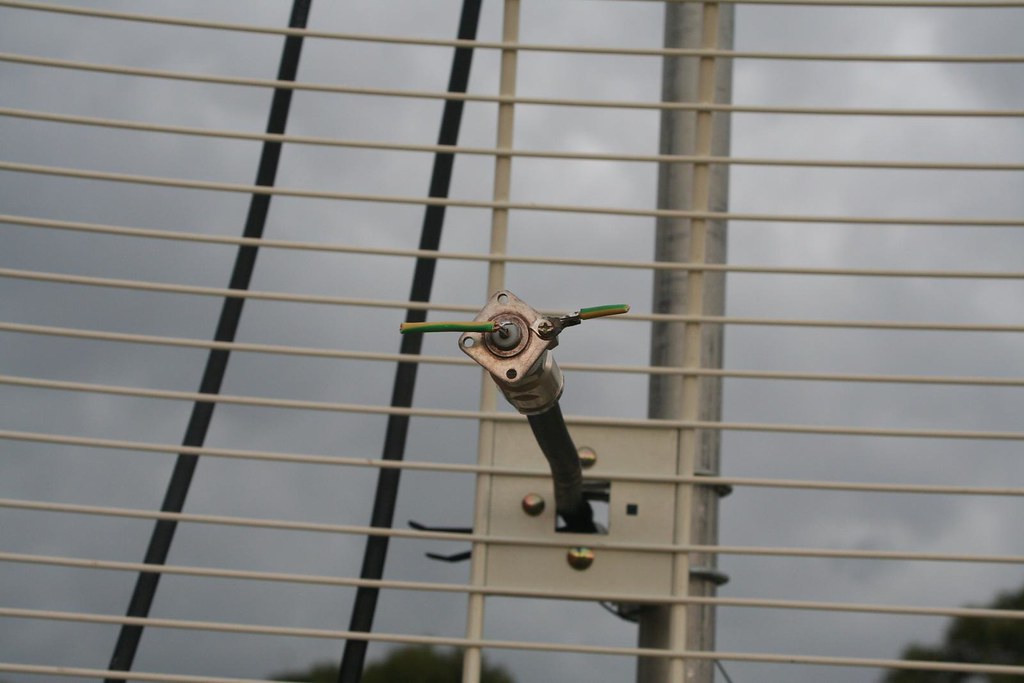 The antenna I left in the car is pictured below, a homebrew 6el 23cm all brass yagi. 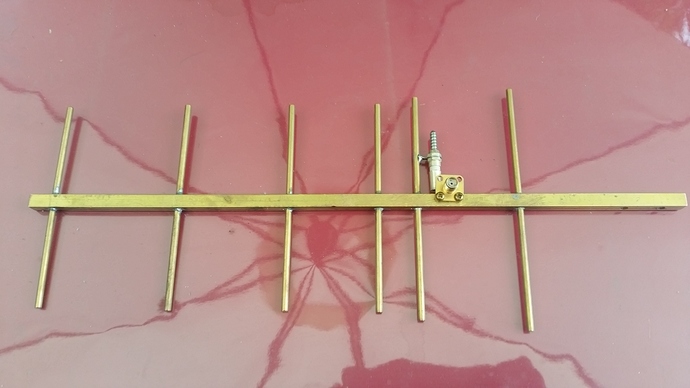 I have taken steps to ensure I am not left high-and-dry with missing antenna/s. Each transverter ‘lunch box’ now includes a backup PCB yagi antenna and sma male to sma male adapters. 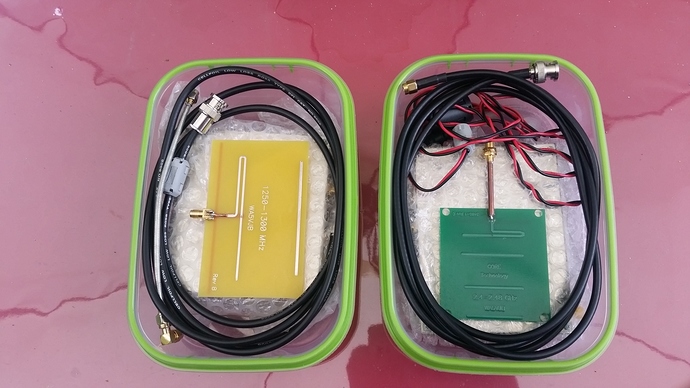 P.S. No room for sandwiches