For this year’s VK-JA-ZL <> EU S2S event I considered several different options and I finally chose Mt. Etxauri because the start of the hike is only 26 Km West From my QTH, I had not yet activated it this year, so it would give me 4 points +3 of the seasonal bonus and mainly because it has a perfect orientation with a great take-off towards the South-West, which is perfect to beam for the Long Path to the other side of the World.
This is it’s location with respect to my QTH in Pamplona. 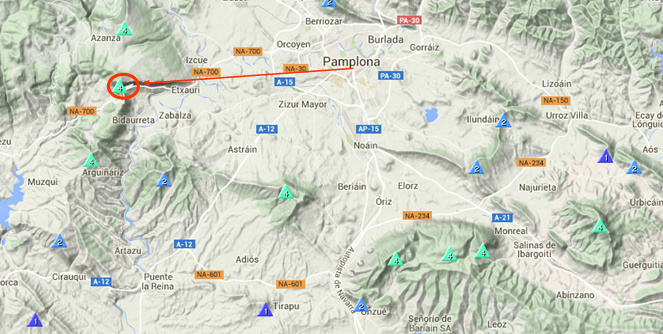 With no little effort for a Saturday after 5 working days, I woke up at 5AM (local) which is 4AM utc, to be at the little village of Muniain de Guesalaz and start the hike by 5h16 utc.
It was pure night yet, totally dark and I hiked with the help of my front torch for the fist time.
The track is clear and easy to follow, but it has and interesting steep gradient at some sections.
When I was not too far from reaching the summit, this was the view towards the city of Pamplona: 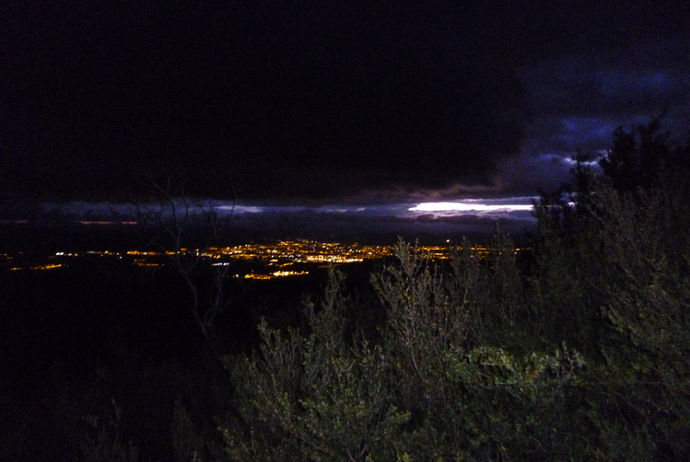 The hike took me around 30-35 minutes and by the time I got to the summit, there was light enough to carry out the set-up without needing any torch.

It was very windy, so I quickly put all my warm clothing on and prepared to start the activation. 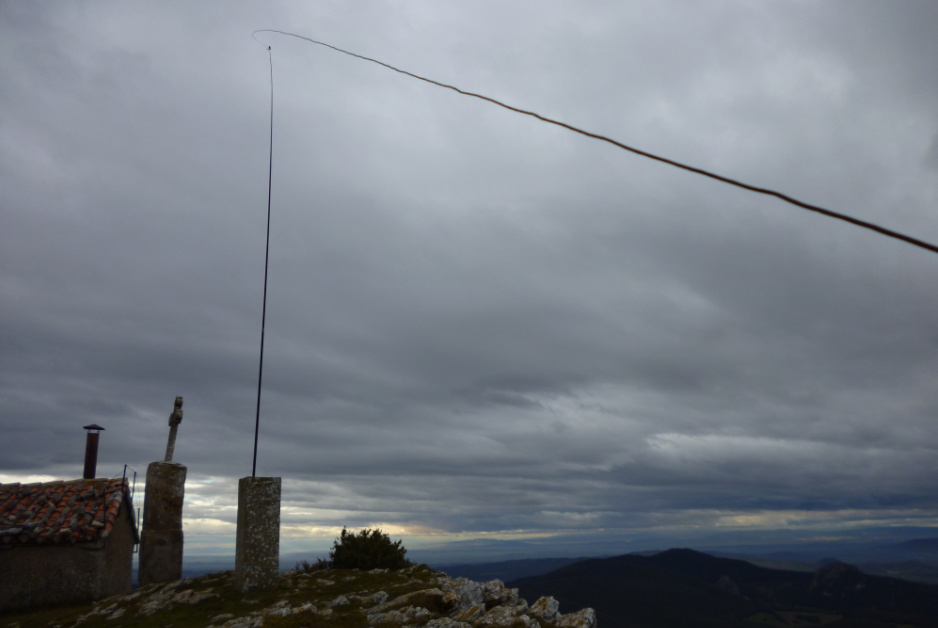 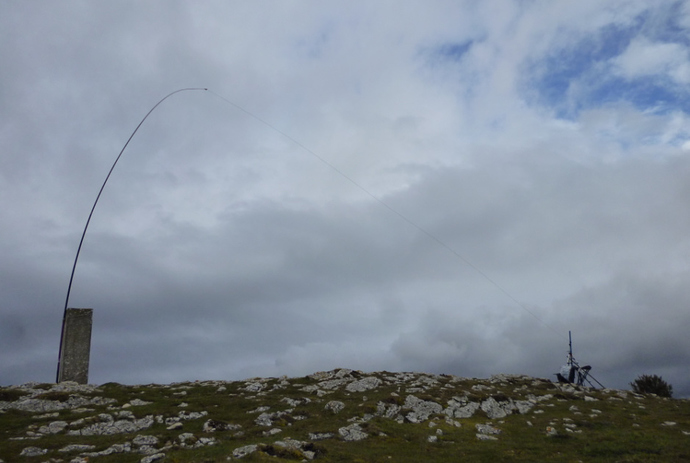 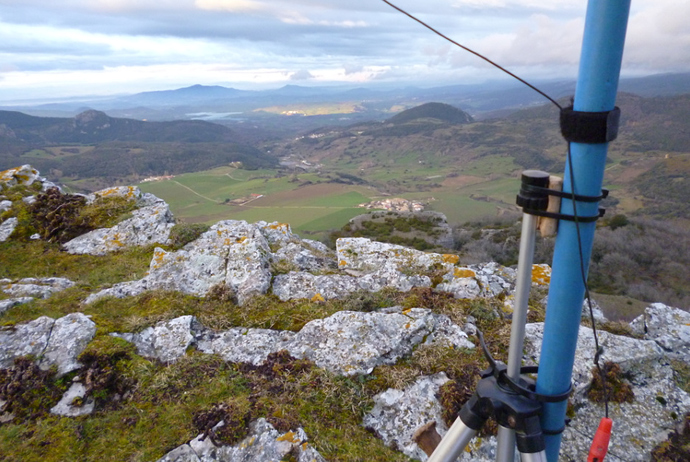 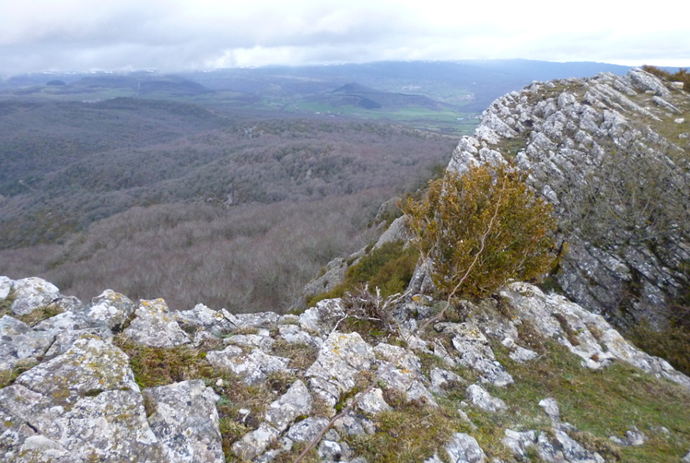 imagen.jpg936×629 272 KB
The counterpoise wire slightly elevated with the help of those bushes.

By 6h35 utc I was ready to start, had a look to SOTAwatch and saw these following spots, which I seized as not workable for me at such time, so I selfspotted for 30m: 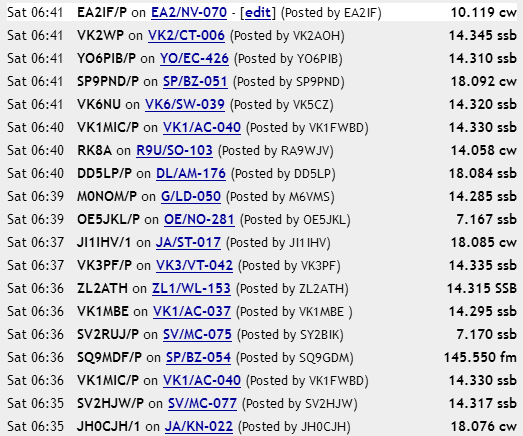 And the first European chasers arrived, including an S2S with Ivica 9A6CW/P. But soon there were not more chasers calling in, so I QSYed and called an HB9 activator, who didn’t copy me (later I learnt he was running 100w, while I was QRP 5w).
Then I QSYed to 20m SSB looking for some of the spotted VK activators. I could copy VK1MBE and VK1MIC, but they were very busy with other chasers from their side of the World and it was just impossible for my QRP 5 watts to get through them.
I wasted nearly 25 minutes CQing on 30m and trying to unsuccessfully chase some of the spotted activators on 20m SSB and after a last QSO on 30m with Slovenia, I finally QSYed to 20m CW.
There, I found Ignacio EA2BD/P CQing from a nearby summit so we easily made our S2S QSO with S9+++ signals. Then I found a clear frequency a few Kcs up, selfspotted and started CQing. This brough the DX chasers ZL1BYZ, VK5CZ and the 1st VK S2S of the day with VK2IB/3.
About 20 minutes later I managed to get picked up by VK1DA/2, and this was the 2nd and last VK S2S of the day.
After more QSYing here and there to different spotted frequencies on SSB and CW without managing to chase any other activator, I decided to leave 20m band and return to 30m for some Europeans.
There, I chased the activators DL4FO/P and DL4TO/P, to close down the S2S log of the day.
A new selfspot and some CQing let me log 2 more European stations, and given that it started to rain and I was quite cold and exhausted after nearly 3 hours in the windy summit, I decided to QRT.
This is the full log of today’s activation: 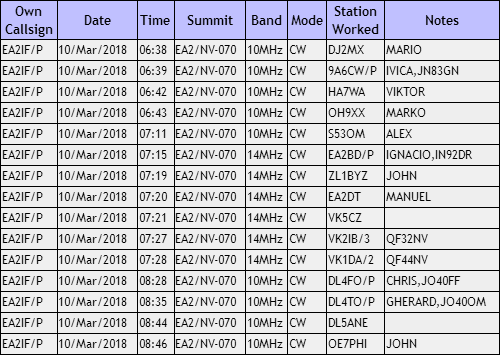 Let me share with you some of the views I took from the summit: 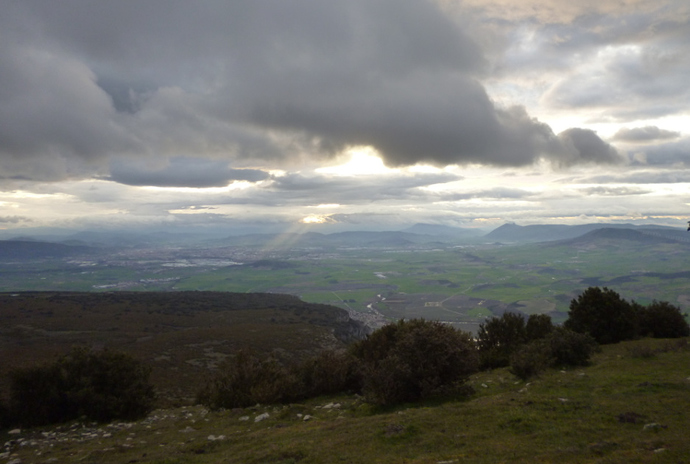 These are views from the operating position: 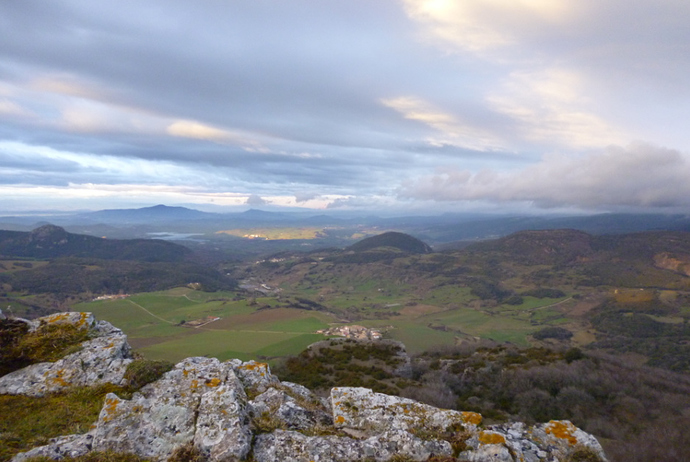 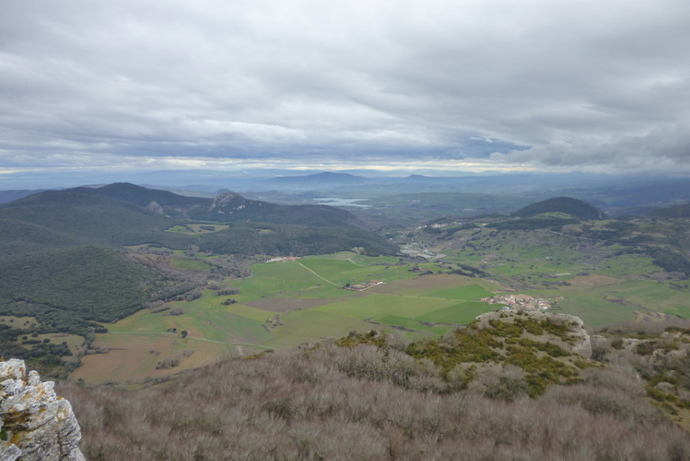 It was so dark during the ascent that I couldn’t take any pictures of the track for you to see it, so I took them on my descent: 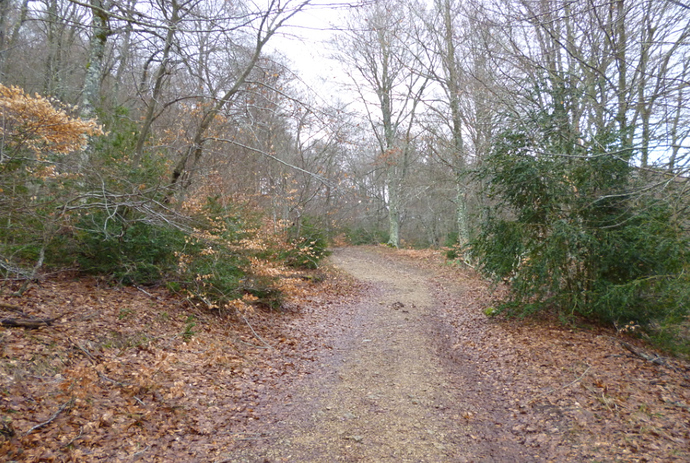 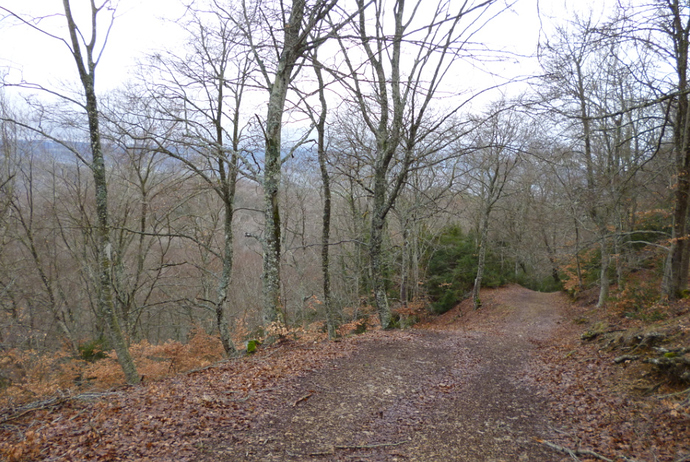 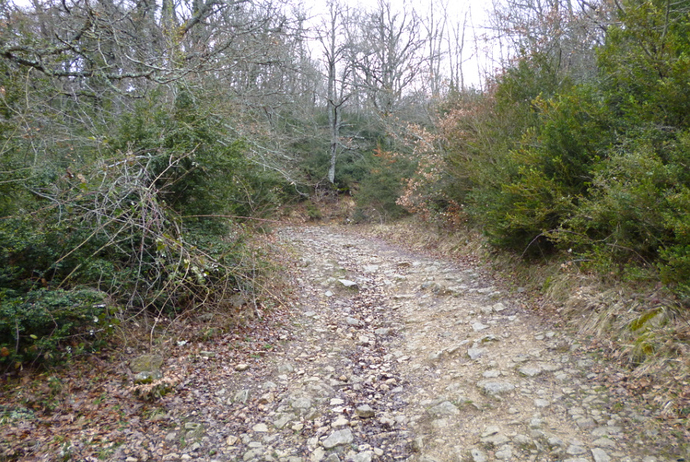 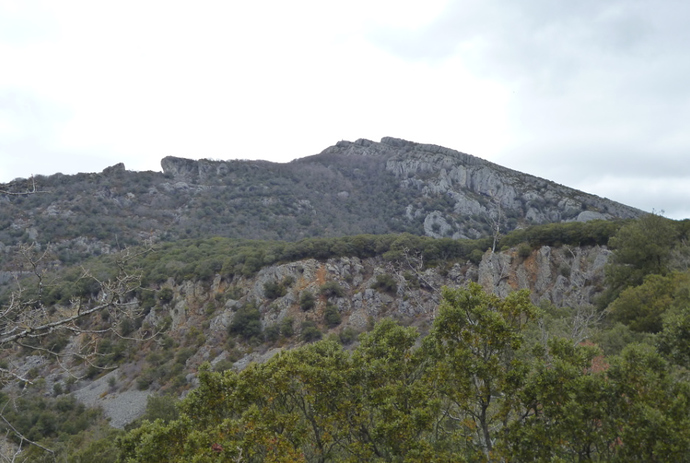 Many thanks to the organisers of this great event and also to all participants, either activating or chasing.